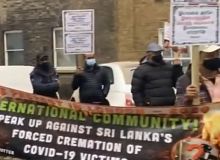 Cremation Or Burial: A Choice Made By Neither Politics Nor Religion 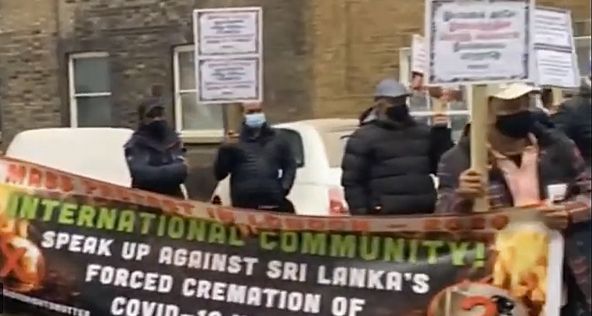 There are many religious, social and cultural rituals and customs associated with death. We know that they are unique to each society, to each religion, and to each culture. Sociological and anthropological research studies show that whatever the rituals and customs, they are established for the benefit and restraint of the living.

Not everything in a country or a society is governed by law. If the issue of the cremation of those who die of Covid-19 is a religious one, the solution must be found within the religion itself. If it is a cultural problem, solutions must be found in the culture concerned. If the cremation is forbidden by God’s order, what needs to be done at this moment is not to change the common law of the country, but to ask for God’s permission.

Environmental protection should also be at the top of the agenda to be implemented in the face of coronavirus deaths. It should be in the opinion of the experts who have studied scientifically what is happening to the groundwater layer of Sri Lanka by burying bodies. It cannot be determined by political or religious ideology or by what other countries are doing.

Appropriately, the easiest solution for religious leaders is to pray to their God and seek God’s permission to cremate the dead. The permission will surely come from God, the embodiment of love and kindness. 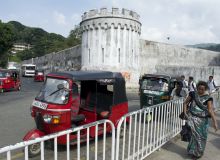 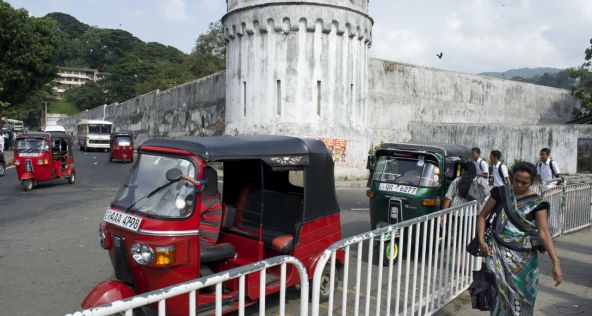 The Human Rights Commission of Sri Lanka conducted the first national study on the treatment and conditions of prisoners from February 2018 to January 2020. The findings are very relevant in light of the prisoner unrest and violence that have recently taken place in prisons in the context of the spread of Covid-19.

Prisons are overcrowded to 107 percent of capacity. The study found that prisoners live in severely overcrowded accommodation and even take turns to sleep at night, or sleep in the toilet due to the lack of space. Prison buildings are outdated and dilapidated with crumbling structures and leaking roofs, which pose a constant risk to prisoners’ lives. These structures are highly susceptible to natural disasters, and there are no disaster management protocols in place to deal with emergency situations.

Due to the level of overcrowding, sanitation facilities and water supplies are inadequate to meet the needs of prisoners. At night prisoners are locked in their cells and do not have access to washrooms. Prisoners have to use plastic bags or buckets to relieve themselves and multiple prisoners in a single cell have to use the same bucket. Due to poor hygiene and sanitation, a large number of pests, such as rats and mosquitoes can be a found in prisons. The state of prison healthcare is far below the expected standard of care. Prison hospitals do not receive specialized medicine and equipment. Healthcare is far below the expected standard of care.

Persons from disadvantaged backgrounds are further marginalized by the justice system. Rather than prevention of crime, the prison system pushes persons into a cycle of poverty and marginalization. We need to reimagine the prison system to ensure a safer society. 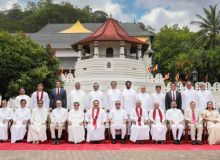 New Government: Reaching Out to Unify the Nation 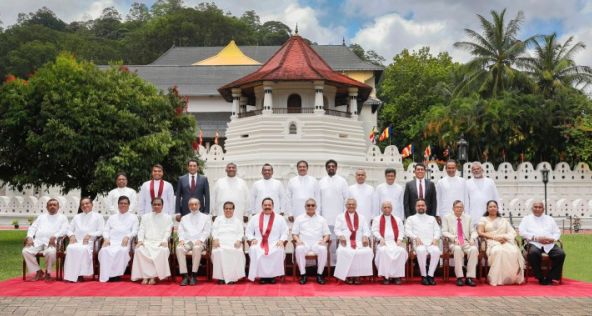 Much is hoped for from the new government which triumphed with an unprecedented majority. There was an expectation of new faces who would be equipped with the professionalism that President Gotabaya Rajapaksa has brought. However, the exigencies of politics and the need to reward loyalty and those who can bring in votes appear to have prevailed over professional competence.

Most of the ministers selected are from the past, including those accused of offences and have cases in the courts. Particularly disappointing has been the failure to appoint women, with only one of 27 cabinet ministers a woman. The minister of women’s affairs is a man not known to be a specialist in gender equity.

One silver lining is that the number of ministers was kept to under 30. Another encouraging action was the appointment of Mohamed Ali Sabry as minister of justice. By doing this, the government ensured that the cabinet will be multi-ethnic and multi-religious. Muslims have been the target of hate and vilification by extremists mainly from the Sinhalese community. There is a lack of politicians who can reach out to minorities to make them feel included. During the campaign, no major party proposed how they would bridge ethnic and religious divides. 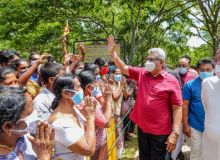 Parliamentary Elections: Nation at a Crossroads 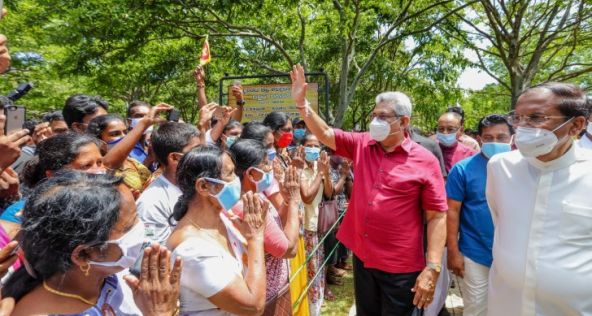 Sri Lanka will hold its 16th parliamentary election on August 5 this year. The time has come for the country to discern the sad situation we are in and look for alternative political choices that will put in power only genuine and authentic politicians.

The most crucial problem is the lack of production in our export sectors, in the apparel and textile industries that have to be revamped. The fast-dwindling tea, rubber and coconut industries have to be saved with more creative policies and reinforced for greater production with modern technologies. The export sector is always the livewire of any economic stability of any country. It will minimize the need of imports. There is so much that can be produced locally to cater to the local population as well. Hard work has to be encouraged and excellence demanded in all fields of industry.

There must be a firm resolve to curb bribery and corruption in the government and stringent measures have to be taken to ensure honesty, transparency and accountability in the way these offices are held and performed. Much of the loss of quality resulting in the wane and the bane in national politics has been the rash and recklessness of those holding public office. In the over-all context of the national scenario, all are agreed on the urgency of a bounce-back plan to revive the virus-saddled economy that has experienced considerable setbacks in many sectors.

Let there not be any unpatriotic trend mooted or vicious cry raised for autonomous rule in any part of the country. This island-nation is one with one Sri Lankan identity. All races and religious groups must unite in one common ideal of pursuing a prosperous and peaceful motherland for all. 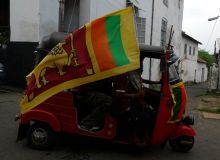 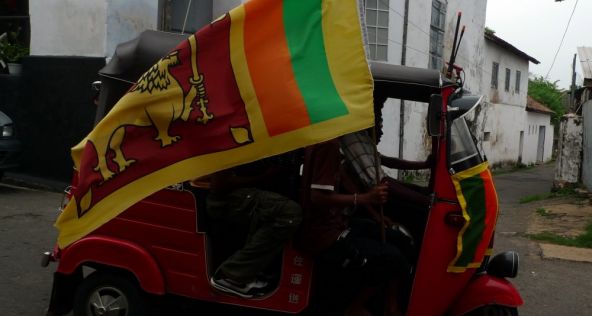 Is quarantine a method of punishment? That may be a good question to ask after watching police prevent Northern Province politicians from commemorating Tamils who were killed during the civil war that ended 11 years ago.

While the government was preparing to commemorate the members of the armed forces and the police who laid down their lives in the fight against the Liberation Tigers of Tamil Eelam (LTTE), Northern politicians planned a commemoration of those Tamils, including members of the LTTE, who were killed in the war.

The government, despite its opposition to those events, had not banned them. But the police used the public-health instructions to prevent the Tamil politicians and the Northern people from attending.

The quarantine process was perceived as a method for isolating people infected with the coronavirus. The police warned former Northern Province chief minister CV Wigneswaran, who was heading to a commemoration, that they would punish him with quarantine if he disobeyed, even though he and his followers said that they would adhere to health requirements.

Wigneswaran proceeded to the venue with police permission. He and his group travelled in separate vehicles, wearing face masks. Yet the police later consulted the higher authorities before they prevented him from attending the event. The government had instructed the police not to allow gatherings because of the Covid-19 threat. If he had disobeyed, they could have arrested him.

The importance placed on these events by the Tamil politicians and media indicates the vast division among communities 11 years after the end of the war. The government’s position on the commemoration of Tamils killed in the war is not clear. Is it illegal to hold such events? If so, why didn’t the government ban those commemorations under the relevant law without citing the coronavirus threat? 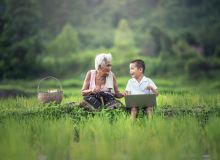 Home Education in a Crisis – Emulate Discipline of Tea Planters 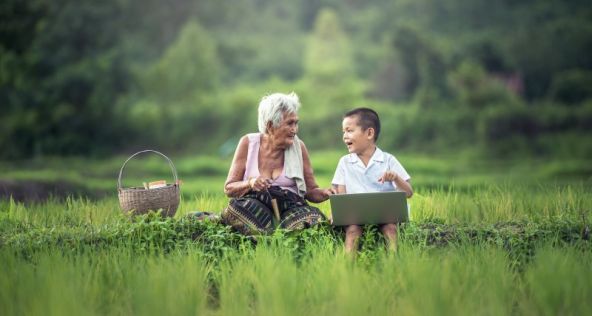 The COVID-19 pandemic poses many questions regarding school education. One is why should students return to school at all if technology was used effectively in providing knowledge during this break?

Students have enjoyed using devices to download tutorials sent to them by teachers. One of the advantages is that the students can pick the time of learning. But experts warn that still parents must have some control over their children in the use of learning devices due internet use.

Parents must still make children have a set time to get up and go to sleep. They must also ensure children have regular meal times. Experts also recommend regular breaks and time for children to engage in physical activities.

We can take a cue from the planting community in tea estates. Most planters are alone and away from families; hence there is a tendency for them to go “wild”. Most trainee managers are advised to dress for meals even when they are alone in their bungalow. This is because a person with authority when alone can develop unhealthy or unbecoming habits. Dressing up is a reminder to these planters that discipline is important. Students locked down at homes during this pandemic must follow this habit of planters in maintaining discipline.

The COVID-19 pandemic made the educational authorities accelerate the development of the online learning process. This crisis will push educational authorities to demand more from technology experts and the latter will in return have to sweat to upgrade their devices. Home education using technology opened the eyes of teachers to new dimensions in education. But it also underscored the fact that the life lessons learned inside the boundaries of the school can never be offered by home education, even if the best of technology is used.