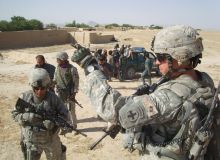 A Battlefield of Proxy Wars History Has Never Before Seen? 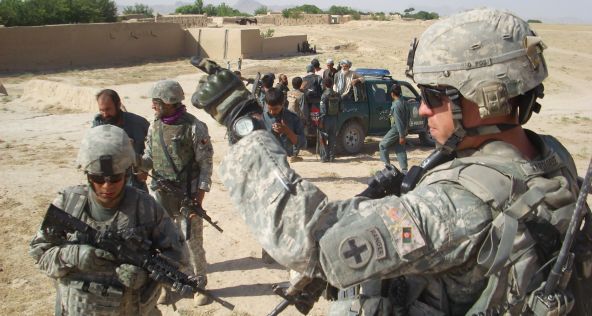 Afghanistan’s tumultuous peace process came to a halt after American President Joe Biden’s announcement of a withdrawal plan for US troops. This served as a good excuse for the Taliban to boycott any peace talks, assuming that they will have power after the US withdraws.

The escalation of attacks by the Taliban significantly heightened fears of a total collapse of the governance of the state, possibly leading to the loss of control of Kabul. The region fears something bigger: the Taliban’s ambition to be “regional heroes” for Islamic extremists.

In China, as soon as the authorities caught a whiff of Islamic extremism, they went into full force against them. Iran does not want the Taliban to return to power. But Tehran seeks to deepen its relations with the group as a precautionary measure. The reformation of an umbrella organization for many extremist groups has frightened Pakistan, which has called on the Afghan Taliban for support. If Pakistan wants to play a positive role in the Afghan peace process, it must stop supporting the Taliban.

The Afghan government and political leaders must work towards an Afghan-owned peace process. The Taliban must realize that Afghanistan has paid a tremendous price for its past isolation during their regime, and it cannot afford to do so in the 21st century. If the Taliban want to be accepted, they must articulate peace policies. Delaying the peace negotiations to test the waters is not a smart idea. All the regional states maintain ties to various militias and other armed groups in Afghanistan, including the Taliban, as a Plan B. The longer the talks remain stalled, the greater the danger of regional countries defaulting to this Plan B, potentially turning Afghanistan into a battlefield of proxy wars that history has never seen before.