After the Covid-19 Pandemic, Asia Should Invest in the Environment

Lockdowns in response to the Covid-19 pandemic are said to have contributed to a significant reduction in greenhouse gas emissions, showing a cleaner and greener path to development as Asia continues to battle climate change-induced flooding, droughts and pollution. Vasuki Shastry, Associate Asia Fellow at Chatham House, urges Asian leaders to prioritize climate initiatives, before climate distress raises the costs and prospects of political and economic crises. 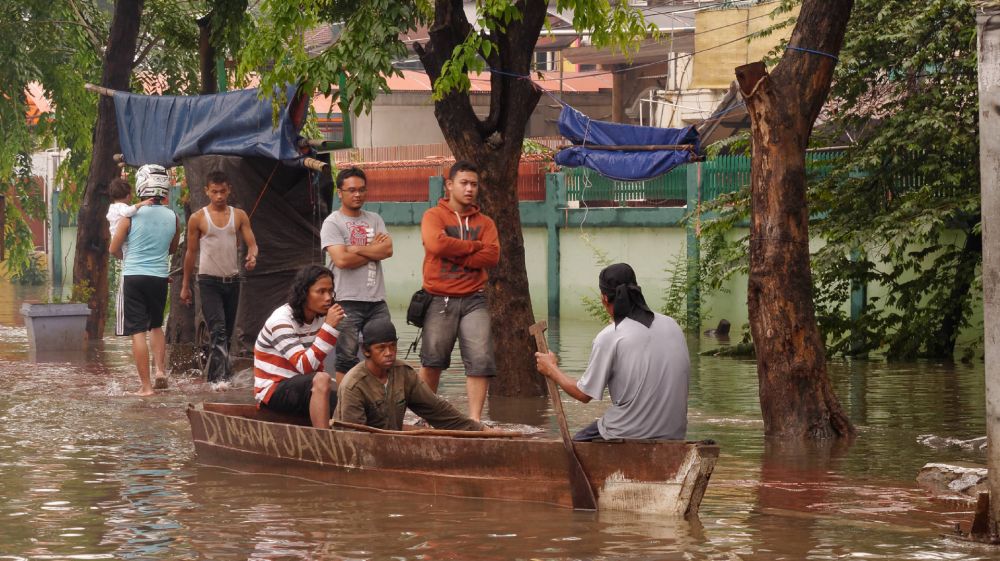 Under water in Jakarta:  Nearly five years since the Paris Agreement on climate renewed hope in developing Asia’s commitment to achieving green goals, the last 12 months have seen a reversal in action and intent (Credit: Seika)

As most of Asia remains in lockdown due to Covid-19, the region is catching a hopeful glimpse of what life would be like with a clean environment: no traffic jams, no toxic air and blue skies. While the coronavirus pandemic remains a public-health and humanitarian disaster, we can take solace in seeing what the Great Lockdown has shown the region – an alternative path to development that is built on clean and green principles.

Before that can happen, the hardened attitudes of Asian leaders need to change. In a pre-pandemic BBC interview, Indonesian President Joko Widodo spoke perhaps for the rest of Asia by asserting the primacy of economic growth and jobs as the top priority for his second term, adding that once he is done fixing the economy, he would address other priorities, notably human rights and the environment.

Like many other Asian leaders, President Jokowi does not even bother to set high rhetorical standards in addressing climate change. After the hype and hysteria of the 2015 Paris Agreement on climate, which renewed hope in developing Asia’s commitment to achieving green goals, the last 12 months have seen a reversal in action and intent.

Ironically, and perhaps with causality, developing Asia’s retreat on climate change is taking place against a backdrop of climate distress. In Indonesia, Jokowi has announced ambitious plans to move the country’s capital from Jakarta to Kalimantan. Sure, there is a strong political case for Indonesia’s capital city to be located far away from Java, which dominates the country’s politics and economy. However, the dirty secret is that Jakarta is sinking, and the subsidence will make much of the city uninhabitable by 2050.

The Indonesian capital has already witnessed spectacular flooding, which has become an all-too-normal phenomenon in Asia’s bulging (and choking) coastal megacities as warming temperatures lead to a rise in ocean levels. Global warming is also having an unusual impact on Asian agriculture: the reproduction of the swarms of locusts that have been attacking crops on the India-Pakistan border (as well as in East Africa) is directly linked with a rise in soil temperatures. In recent months, Asia also saw devastating forest fires in Australia, which should serve as a sobering lesson for the region’s policymakers. 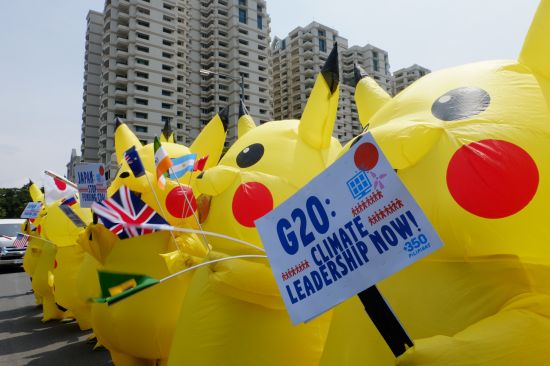 If left unchecked, global warming in Asia will continue to cause climate distress, with poor people being particularly vulnerable to climate change.

What can be done? For starters, Asian leaders need a fresh narrative about the cost of relentlessly pursuing economic growth. In any event, the era of high growth is coming to an end as the region’s economies mature, and many countries achieve middle-income status. Asia’s next phase of development will have to be built on productivity, innovation – and yes, green growth. The region needs to articulate a viable pathway where climate is the centerpiece of economic strategy, not an afterthought.

This will be extremely difficult, given the adverse economic impact of Covid-19. But there are pockets of excellence on which the region could build. The cost of generating solar energy, for example, has become as competitive as conventional power sources. Although still smaller in size compared with common modes of transport, electric cars have the potential to reduce the region’s suffocating air pollution and dependence on fossil fuels. Green finance issuance is also rising in the region, albeit with differing standards on labelling (what qualifies as a green financial product), which raises concerns over “brownwashing”.

However, for all this to be sustained, Asia needs a vibrant and enabling private sector that could become part of the solution, rather than the problem it currently is. As things stand, international and local banks continue to provide much of the funding in Asia for coal, palm oil, cement, and other polluting industries. Solemn pledges about achieving “net zero emissions” in their operations is fanciful at best and, at worst, misleading.

If the private sector is failing Asia and governments are asleep at the wheel, is there a third force that could become more assertive in advocating for climate rights and a green economy? Grassroots action led by citizens’ groups, which could apply pressure on politicians to be more responsive, has the potential to influence public opinion.

There are positive examples from India and many other countries where such grassroots action has worked. At the same time, these initiatives have been too localized to have a broader national impact. What the region needs is a youth-led Greta Thunberg or Malala Yousufzai-inspired mass campaign that builds national and regional support on environmental issues.

This may be too much to expect given that governments in the region, democratic or otherwise, are clamping down on the public space for debate and protest. But climate distress – be it from flooding, drought or pollution – will eventually force affected communities to the streets to demand action. Asia has already suffered enough from the pandemic. Let us not add fuel to the raging fire.