For decades, the Chinese leadership hoped that limiting the population size would raise per-capita consumption, improve living standards, and contribute to the growth of a young workforce. Instead, as Priyanka Pandit of Shiv Nadar University writes, these policies placed demographic burdens on China's economic, cultural and social institutions. Beijing recently allowed families to have three children but the addition of two more dependents is likely to prove overwhelming for most families’ resources. 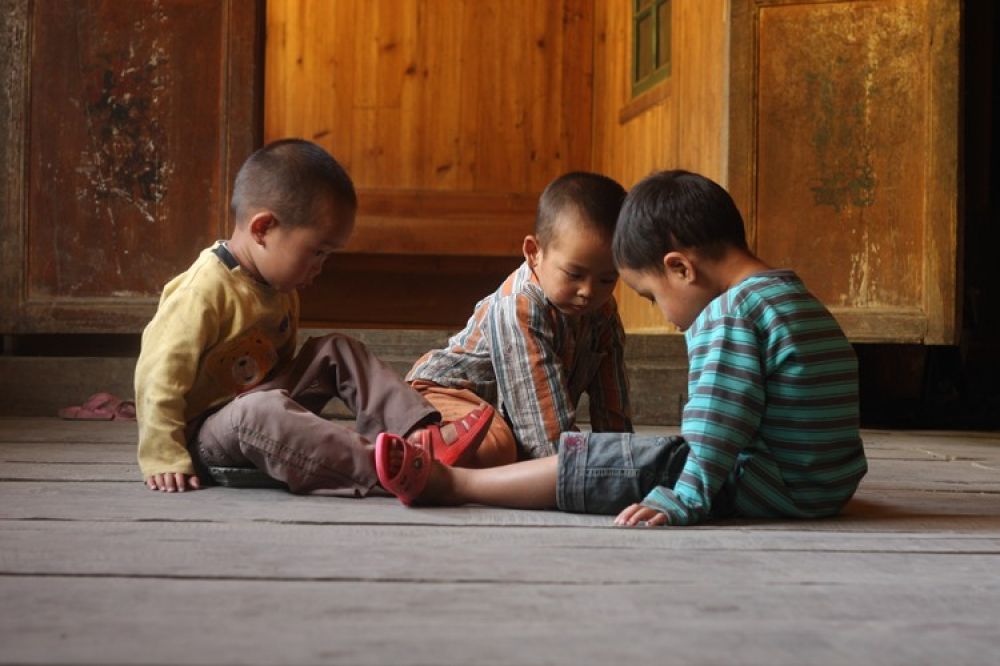 Three is no longer a crowd: But can Chinese parents be convinced to bear the costs of having more children? (Credit: joan vila)

The Chinese government recently announced a further relaxation on childbirth limits, allowing families to have up to three children. Beijing had declared in 2015 that it was ending its one-child policy. The latest move to relax the limits further aims to address the demographic challenge of declining fertility and the rising share of the elderly outside the workforce. Triggering the policy decision is the seventh national census conducted last year, which reported a six-decade low growth rate and a sharp rise in the aging population, 60 years old and above, to around 18.7 percent from 13.3 percent in 2010.

The demographic scenario in China has been looking bleak for years now. The population dividends that China reaped from 1980 to 1995 were exhausted by the turn of the 21st century. The 2010 census showed that China's population grew at a much slower pace than the official projections, a consequence of more than three decades-long birth-control policies that the Chinese state pursued steadfastly from 1979 onwards.

Deng Xiaoping’s leadership had set mandatory population targets through the introduction of the one-child policy from 1982. The decision, which drew widespread international criticism, was central to Deng’s economy-building agenda. The Chinese leadership hoped that limiting the population size would raise per-capita consumption, improve living standards, and contribute to the growth of a young workforce. Not only did the policy yield few gains, its demographic effects have been rather adverse, as pointed out by many Chinese scholars. The burden of this demographic change is usually felt on China's economic, cultural and social institutions. 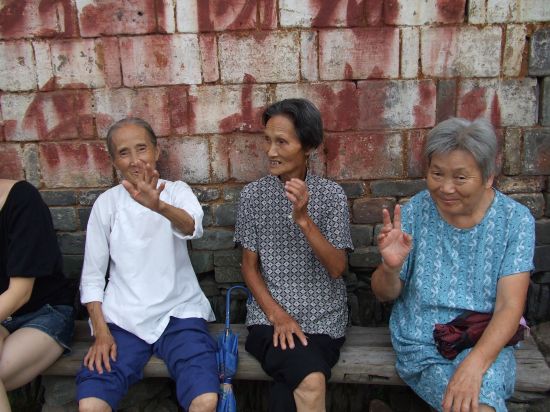 Seniors in Jiangxi: As people aged 60 and above outnumber the working-age population, economic sectors especially manufacturing, have suffered the most (Credit: Jordan)

In the economic sphere, for instance, China’s comparative advantages that derived from the vast pool of affordable and semi-skilled workforce are on the decline as the country is witnessing a rapidly rising number of retirees. Most elderly people in China have meager or no retirement incomes and depend on their one child for financial support. With the increasing living costs and fledgling social safety nets, families face the challenge of providing for both the old and young. The addition of two more dependents, as targeted in the recent policy, is likely to prove overwhelming for most families’ resources. Adherence to a three-child policy would therefore prompt the families to save more and consume less, affecting China's transition to a domestic consumer-driven economic model.

The expanding share of the elderly in China has also forced changes to its labor market. Besides affecting the labor supply and lowering productivity, the aging population also acts as an important source of rigidity, and interferes with the quality of the functioning of the Chinese workforce. As people aged 60 and above outnumber the working-age population, economic sectors, especially manufacturing, have suffered the most. The number of young entrants to the workforce is indeed likely to expand economic output but China’s current emphasis on moving upwards in the global value chains requires a supply of skilled labor capable of undertaking high value-added activities.

Moreover, as access to quality education varies regionally and is affected by the hukou or household responsibility system, the unskilled labor pool is likely to become a major drag on China's economic growth and development. The hukou system, as it is currently configured, acts as an institutional mechanism that segregates rural and urban China. Hukou status not only prevents migrant workers from rural areas from settling down legally in cities but also denies them access to affordable housing and healthcare facilities as enjoyed by the urban residents. 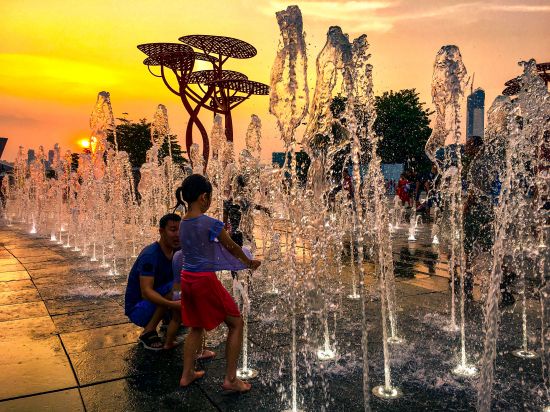 One child in Shenzhen: The Chinese leadership hoped that limiting population size would raise consumption, improve living standards, and contribute to the growth of a young workforce. (Credit: cattan2011)

The absence of basic housing facilities often forces these workers to leave their children in their villages, depriving them of quality education and livelihood opportunities. Although few migrant families could adapt to the urban attitudes toward childbearing and child-rearing, an obsession with having a male child and sex-selective abortions have been a serious problem that led to a significant gender imbalance, with men significantly outnumbering women.

The one-child policy’s shifting focus from quantity to quality also deepened the rural-urban divide in China. Beginning in the early 2000s, the population policies that lay a high premium on high-quality child-rearing have mostly excluded rural families. Although the project has been a success in urban areas, the money and time it involves have introduced a new form of self-regulation among urban couples, who regard one child as ideal. The hardening of this urban attitude became quite evident after the Chinese government replaced the one-child rule with the two-child policy. In fact, in cities such as Beijing and Shanghai, the number of young couples not wanting to have a child has exploded in recent years.

Another major factor driving the trend of declining fertility is the lack of government and employer support for child care, which has disproportionately burdened Chinese women with extensive child-rearing responsibilities. Not only do women’s reproductive decisions affect their hiring in the labor market, they are also discriminated against in terms of wages and promotion opportunities. Notwithstanding laws guaranteeing women’s labor rights, the societal stereotypes reinforcing traditional gender role expectations have subjected women to various forms of gendered consequences affecting their employment opportunities and career advancement.

Chinese policymakers have an uphill task in addressing the demographic woes. To demonstrate that the three-child policy is sufficiently attractive, the Chinese government will have to fast-track institutional reforms, address gender-based discrimination, and strengthen a social-security system for the young and the elderly. Such reforms should take into account China’s rural-urban dichotomies, and ensure that they do not create new disparities while exacerbating the old ones.

Above all, the new policy faces unique barriers from growing cosmopolitanism among China’s population. Capitalism increasing cultural influence has accelerated the trend towards nuclear households and transformed people’s attitudes towards family planning as a subjective decision rather than mandated by a state directive. Consequently, concerns about the effectiveness of the third-child policy are manifold. The question thus remains whether and to what extent material incentives and social-welfare schemes could reshape the individual desires, choices and needs of Chinese people in the years to come. 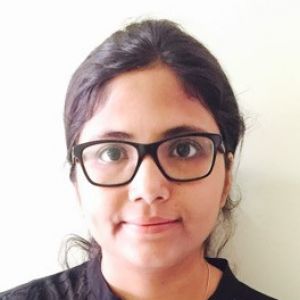