Why Did the Bloody Galwan Clash Take Place?

The Galwan Valley border clash was an unfortunate incident. Liu Zongyi, secretary-general of the South Asia and China Center of the Shanghai Institutes for International Studies, argues that a repeat is inevitable if Delhi cannot shake off the specter of Nehru, originator of the “offensive defense” border policy, and reconsider its relations with Beijing. 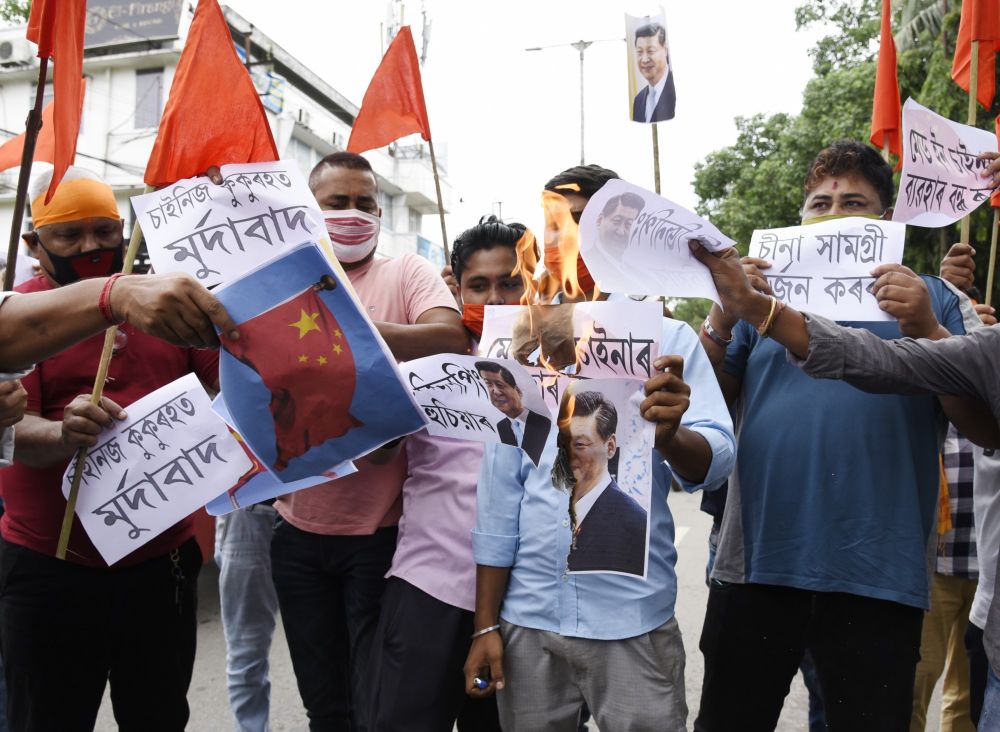 Nationalist fervor on display in an anti-China protest in Guwahati, Assam: Did "offensive defense" at the border lead to the deadly conflict? (Credit: Hafiz Ahmed / Shutterstock.com)

On the evening of June 15, Chinese and Indian soldiers clashed unexpectedly in the Galwan Valley, high in the Karakoram mountains, causing casualties on both sides. The Indian side, which initiated the incident, suffered a lot of casualties. After the conflict, the Chinese government, military and media were restrained, hoping not to inflame the situation, while Indian politicians, the armed forces and press played up the bloody conflict, stirring up nationalist sentiment and clamoring for revenge and a boycott of Chinese goods. Some Indian strategists even went so far as to ask India’s leadership to form an alliance with the United States to contain China.

China did not plan the conflict, despite what some Indian scholars and journalists have speculated, and it was not Chinese leaders who deliberately provoked the conflict to draw attention away from domestic issues. In an online meeting of the heads of all Indian political parties on June 19, Prime Minister Narendra Modi made it clear that Chinese troops neither were inside Indian territory nor had captured any post. This statement, which drew a lot of criticism from opposition politicians and the media, can be interpreted as an implicit acknowledgement that India was responsible for the conflict. While the clash was unusual, the potential is there for a repeat of this incident, which was the result of Indian domestic politics and years of Delhi’s mishandling of policy towards Beijing.

First, after Modi came into power in 2014, he vigorously agitated Hindu nationalism, which posed a threat to regional stability. Modi and his Bharatiya Janata Party (BJP) hope to transform India into a "one nation, one language, and one religion" country. To achieve this goal, the Modi government has suppressed Muslims domestically, attacked and isolated Pakistan externally. China, unfortunately, has been hurt because of its close relationship with Islamabad.

The removal in August 2019 of Kashmir's special constitutional status was a key part of the domestic political agenda of the Modi government and the BJP. India amended Article 370 of its Constitution and re-divided Indian-controlled Kashmir into two central territories of Jammu-Kashmir and Ladakh, which violated China's territorial and sovereign integrity and aggravated territorial disputes with China and Pakistan at the same time. China expressed dissatisfaction with this situation and proposed to discuss the issue in the UN Security Council.

While Delhi erred in its action, it argues that China's position on Kashmir has changed. India worries about being trapped in the geostrategic dilemma of possibly having to deal with two-and-a-half fronts in a conflict with China and Pakistan. India’s solution was to occupy the area on the border with a commanding elevation to establish a strategic advantage over China. The Galwan Valley would be an important transportation route for the Indian army to enter the Aksai Chin region, which is administered by China, and then to proceed onto the Qinghai-Tibet Plateau, and for China to enter Ladakh, territory administered by India.

The Galwan Valley, however, is located on the Chinese side of the Line of Actual Control (LAC) that was set in November 1959. In the June 15 clash, the Indian side crossed the LAC to build a road in the Galwan Valley. This led to China’s People’s Liberation Army (PLA) taking counter-measures to engage the Indian troops. 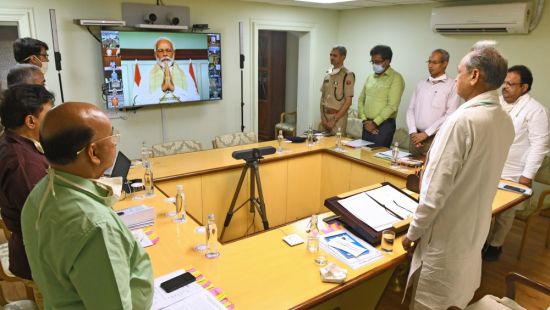 Second, India's policy of seizing strategic points and commanding elevations in border areas is historically consistent. The government of Jawaharlal Nehru, prime minister from Independence until 1964, pursued a continuous "forward policy" in the border area that led to the conflict in 1962. From the 1960s to the 1980s, Delhi maintained this "offensive defense", edging the LAC to the Chinese side. The Nathu La and Cho La clashes in 1967, the Tulung La skirmish in 1975, and the Sumdorong Chu confrontation in 1986 were all related to India’s policy of encroachment.

After then-prime minister Rajiv Gandhi's visit to China in 1988, China-India relations improved. The two countries began to explore confidence-building measures in the border areas in 1993 and signed two agreements in 1996 and 2005, stipulating that both armies should not use weapons in border conflicts. Although these regulations limited the scale of the conflict in the border areas, it had a negative impact on China’s defensive position. After Modi came to power, the Indian government pursued the more aggressive "Doval doctrine" (credited to national security advisor Ajit Doval) in dealing with border issues, doubling down on offensive defense.

Third, the performance of India's frontier forces, as well as the rewards and promotions for front-line officers and soldiers, are closely related to the effective implementation of the offensive-defense policy. India's border troops rotate regularly and compete against each other, making them more willing to take risks. In recent years, with the improvement of India's infrastructure construction capacity in the region of the LAC, Indian soldiers have been able to reach more places in the area. This only heightened tensions between the two sides. Because the PLA abides by the agreements on confidence-building measures in place since 1993, the Chinese soldiers lack the capacity to take effective counter-measures against Indian provocation, which only prompts the Indian frontline forces to act more brazenly.

Finally, the aggressive border policy of the Modi government is closely related to the current international environment. As the US regards China as a strategic competitor, Beijing is facing increasing pressure from Washington. Since Donald Trump came to power, the US has put forward an Indo-Pacific strategy, with its relations with India an important pillar of this approach.

India's policymakers passionately believe that under pressure from the US, China would have to restrain itself from reacting to Delhi’s offensive defense. Modi has sought to bolster the US strategy by putting forward his own "Indo-Pacific vision", trying to take advantage of Washington’s willingness to engage as a way to counter Beijing.

In 2017, the US, Japan, Australia and India revived the Quadrilateral Security Dialogue, known as the Quad, which was upgraded to foreign-minister level in September 2019 at Delhi’s initiative. The group has launched a regional infrastructure-development program that is widely viewed as an alternative to China’s Belt and Road Initiative (BRI). India has also participated in bilateral and trilateral military cooperation with the US, Japan and Australia. Delhi believes that by relying on these alliances, it can intimidate China and continue its border policy.

The Galwan conflict and, before that, the Donglang (Doklam) standoff in 2017 are the inevitable results of India's policy towards China against the background of strategic competition between the US and China. Donglang took place before Modi paid his first visit to meet Trump and before the US-Japan-India Malabar naval exercises. It preceded the Xiamen BRIC summit, the 19th National Congress of the Communist Party of China, and the full implementation of a Chinese military reform initiative. Indian policymakers had calculated exactly when they could have troops cross the established border and enter China's Donglang region to face off with the PLA.

India gained no benefit in the end, but because China did react toughly at that time, India became bolder in their approach to the border issue. A clash such as what happened at Galwan became inevitable.

The PLA’s counterattack had been restrained. Most of the deaths of the Indian army did not result from direct conflict but from poor logistical support in the cold high-altitude environment.

Since the conflict, nationalist sentiment in India has predictably risen, putting the Modi government in a dilemma. Opposition pressure has prompted the Modi government to take a tough stance, possibly even to retaliate militarily against China. Hardliners are calling for a stronger alliance with the US. But Delhi is wary of going down that road, concerned that enlisting Washington’s support would further complicate relations with China. Besides, China holds key military advantages over India. Another clash could be disastrous for Delhi and Modi’s dignity.

The prime minister hopes to continue to rally support with a nationalist appeal but fears that public sentiment could spiral out of control. Yet at the meeting with all the Indian political parties, Modi said that the army had been given full freedom to deal with the situation on the ground. This could increase the possibility of another, possibly more serious border clash.

Some Indian analysts and commentators have sued for calm and restraint.  strategists in India reflected. Senior journalist and national security expert Manoj Joshi described the Galwan incident as a “needless tragedy” and appealed to the Indian government not to be rattled by China. He rejected military retaliation against Beijing, a boycott of Chinese goods, a formal military alliance with the US, and the spending of billions to modernize the armed forces. “None of these can address the situation India confronts today,” said Joshi. “This is neither the time to boycott a major economic power or get into a shooting war with anyone. Anger against China is understandable, but there are times in one’s life, when you must swallow back bile and get on with life. Only sustained high economic growth will have the means of offsetting China.”

A rational approach. But such restraint will not solve the fundamental problem: how Hindu nationalism in India is having a negative spillover effect and creating instability in South Asia. Delhi’s China policy makes it difficult to correct the original mistake of 1962: Nehru’s pursuit of the forward policy at its border with China. From China’s perspective, he is responsible for the tensions and acrimony in China-India relations today. The enduring impact of this historic miscalculation in relations with China is closely related to India’s vigorous domestic politics. Opposition parties such as the Congress Party are accusing Modi of weakness on China, while Indian media are stoking nationalist fervor. If the Indian government cannot restrain itself from reacting impulsively to these pressures, the border dispute between China and India will never be solved. 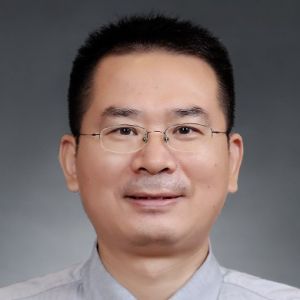 Liu Zongyi is secretary-general of the South Asia and China Center of the Shanghai Institutes for International Studies. He received his PhD in international relations from the China Foreign Affairs University.