In an overview of the European Union’s efforts at making digital markets more competitive, including the recently enacted Digital Markets Act, Bryane Michael of The University of Hong Kong illustrates why competition authorities worldwide should go back to basic principles instead of enact fancy, modern sounding laws. 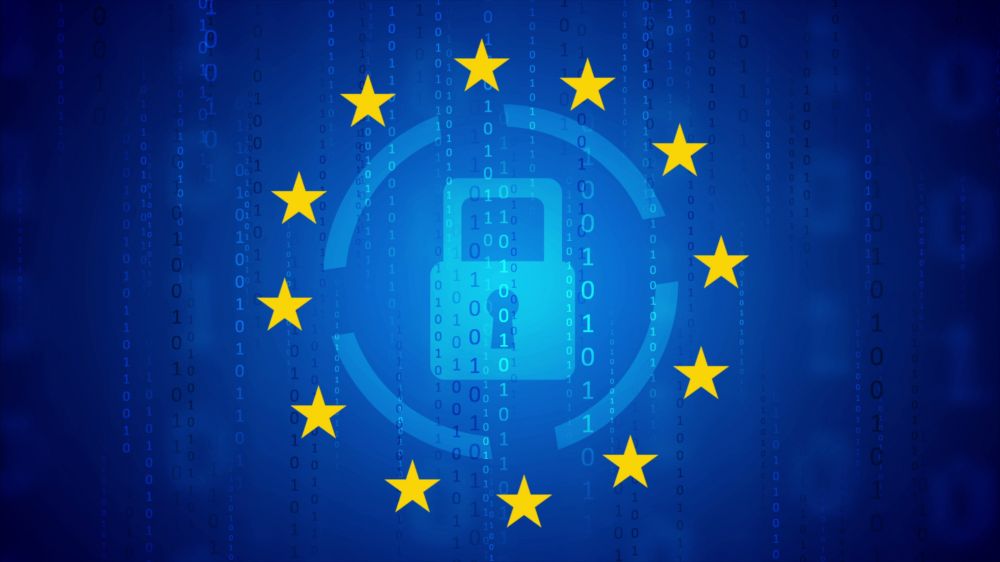 Many companies would pay a lot of money for a copy of your search history. They would pay even more to influence it. We all use Big Tech – Google, Amazon, Facebook, Apple and Microsoft, or some local variant – daily. We get low prices and, often, free online services. So, why would giants such as Google need to form shady deals with rivals and partners, shut companies out like a boss monopolist, and charge fortunes for online ads?

In recent years, the European Union has taken up the mantle for Big Tech antitrust worldwide. EU courts have only recently been validating the EU Commission’s assertions that Big Tech – and Google in particular – has been abusing its dominant market positions. The EU judiciary upheld findings that Google has acted self-preferentially in advertising and tried to lock customers into its Android system, all while serving them the ads that paid for it all. The Commission has clearly been following the money, targeting the revenue-generating parts of Google’s business model, AdSense and its ad tech operations.

EU courts and regulators around the world have started debunking the myth that business gurus have been selling to us for decades: Platform economies let their consumers enjoy unique ecosystems and lock in social communities. Merger monitors drank the Kool-Aid with the rest of us, waving through almost every tech marriage or acquisition on both sides of the Atlantic.

The EU’s panoply of panopticons

The EU has seven basic arrows in its digital markets’ antitrust quiver, two of them from the surveillance of EU treaties by the EU Commission’s Directorate-General for Competition. They conduct studies to identify potential crime and get tip-offs about collusion and large firms abusing their market power. The Commission has so far relied almost entirely on its own investigations of such abuse of dominance to police digital markets. Colluders can take comfort. In theory, Facebook or Twitter can face prosecution anywhere in the world for collusion and market power abuse. But so far, they have avoided it. 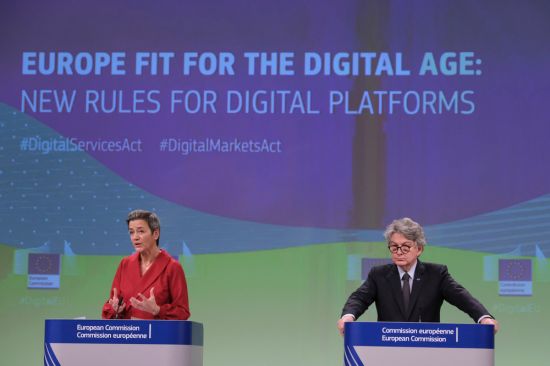 Earlier this year, lawmakers introduced the Digital Services Act (DSA) and Digital Markets Act (DMA). These two laws serve as additional arrows in the EU’s antitrust sheaf. The Digital Services Act focuses mostly on speech, though it covers some advertising. Publishers and content intermediaries would need to engage in far more self-policing than we are currently used to. The DSA has also tightened up some definitions about online services, which might make antitrust easier to do.

The DMA produces most of the EU’s antitrust smoke – but little of its fire. The DMA effectively turns large platforms into digital “gatekeepers” controlling much of Europe’s digital economies. They would need to treat other advertisers and service providers on equal terms (i.e., no self-preferencing or “preferred dealer”-type arrangements) and ensure the interoperability of their services – or face fines. They are also discouraged from sharing or reusing data across services, companies or apps – or locking rivals and users out of single-entry point services (such as the Google Play Store or Apple App Store). Systemically important gatekeepers should not tie in customers. Despite its name, the DMA is not a competition law but a data law.

The DMA expands the power of the EU’s antitrust panopticon. The Commission can start its own investigations and introduce extra authorities to its gatekeeper regulations as needed. Gatekeepers will need to come up with the algorithms and engage in the self-policing needed to ensure that online markets are competitive. Member states and the competition authorities in Iceland, Liechtenstein and Norway will also have the right to peek into these platforms’ data handling and competition practices as well – in effect looking for pre-crime, anticipated crime.

Who controls the data?

The billions of entries in a person’s search history, every mile an individual has driven in a car, and the 500 exabytes one exudes daily all shape global demand. The EU General Data Protection Regulation (GDPR) tried to wrestle back users’ rights to their own data. The GDPR, though, did not give regulators a fifth arrow that would help make our online data better and more private. Instead, the GDPR forces users to check “essential cookies only” pop-ups all day long. The Data Governance Act represents the sixth arrow in the competition lawmakers’ quiver: The EU wants to set up data repositories and oversight and share them.

All digital markets are markets for data, and data controls competition. That is why Google had to commit to silo and share parts of the information coming out of the Google-Fitbit merger. Google would need to make its products interoperable and open to the programming interface languages needed to work with Fitbit devices. These requirements have already started to form a rulebook for the digital economy. The EU’s merger control regime has already represented the most effective arrow in the fight against anti-competitive abuses by gatekeepers. The DMA simply represents a collection of ideas taken from the Commission’s complaints about Google’s (and Facebook’s) abuse of power. 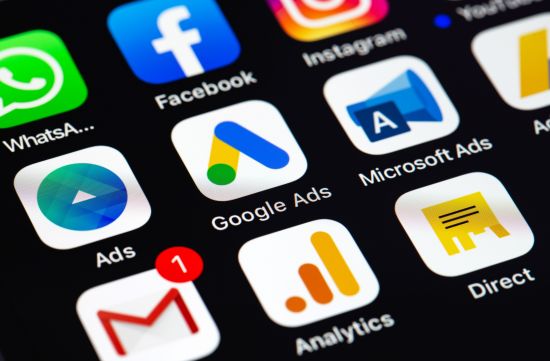 Who controls the world’s competition?

The DMA, with its global reach, will not change the way companies compete and the criteria courts use to decide who plays fairly. EU courts and scholars alike have stressed the gatekeepers’ deleterious effect on potential competition. But neither the courts nor economists know how to measure such a hypothetical effect, realizing that they must compare Google to a theoretically as-efficient competitor in a perfectly competitive market.

The Commission’s New Competition Tool, which has thankfully been abandoned, wanted Big Tech and regulators to predict when an undertaking might potentially abuse their future market power. Regulation, regulation-technology (RegTech) and algorithms will, alas and possibly illegally, make predicting such pre-crime activity easier. Eventually, competition regulators and others will wise up. Right now, they try to make more powerful DMAs and the turbo-charged competition tools, giving them insights into anticompetitive pre-crime.

Instead, policymakers and competition adjudicators should see these platforms and ecosystems for the shams they are: the 21st-century version of the oldfangled trust and conglomerate, rolled into one. Facebook became part of our electoral ecosystem because we did not legislate otherwise. China’s regulators cracked down on Big Tech firms such as Alibaba and Tencent because they saw them for the trusts they were: part-holding companies, part-oligarchs and part all-pervasive customer alliance membership schemes, as depicted in the not-so-fictional Jennifer Government, the dystopian novel by Australian Max Barry.

Platform and ecosystem pseudo-science has helped millions of companies dodge competition rules for decades. The real question is not whether Vienna’s smart-city app helps you board your bus on time. The real legal issue arises when I ask whether I get that information if I do not use Facebook, or if I do not pay with the crypto-token tied to the system and which would also hypothetically be exempt from competition laws. Decades of EU case law give a person the right to choose what digital service he or she wishes to use – and others should have the right to offer them to that individual. Nothing comes even close in EU law to giving people these rights, or guaranteeing in the DMA the four fundamental freedoms (the free movement of goods, persons, services and capital) set out in the Treaty of Rome in 1957.

Reining in the ecosystems

Governments worldwide have allowed participants in digital markets to ignore swaths of competition law for decades. Instead, we accepted take-it-or-leave-it terms and conditions (T&Cs) written in gibberish. These probably represent the closest thing to an internationally harmonized set of principles we have had to date to govern competition in digital markets.

Like most jurisdictions, the EU has competition laws. So do their member states. Many competition authorities such as in Italy, Germany and France have used them on Big Tech firms. Articles 101 and 102 of the latest Treaty on the Functioning of the EU cover a wide blanket of antitrust crimes and misdemeanors. Yet, the Commission has completely avoided using Article 101. Only the Google/Fitbit merger review represented something more than a simple wave through. We have already learned the importance of interoperability, data sharing, no double dealing (as intermediary and party) and a host of utility-like issues affecting quasi-public goods in decades of case law. Why are courts worldwide suddenly surprised to be hearing about them again? Why are American benches ignoring the academic law journals telling them as much?

Litigants, judges and lawmakers in Asia, as in the West, should stop treating digital ecosystems like some metaverse in which competition laws need not apply. Metaverses are for Marvel movies, not anticompetitive Facebooks.

The author acknowledges with thanks the Research Grants Council of Hong Kong for its partial funding of the “Balancing the Opportunities and Risks of Financial Technology: FinTech Regulation and Policy” study on which this article is based. Any errors are the author’s.

Monti, Giorgio. (January 19, 2022) “Taming Digital Monopolies: A Comparative Account of the Evolution of Antitrust and Regulation in the European Union and the United States”, The Antitrust Bulletin, SAGE Publishing, Thousand Oaks, CA, USA. 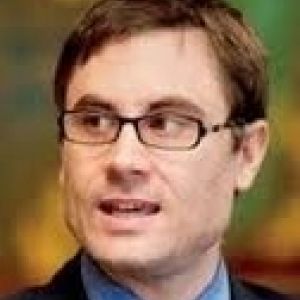 Bryane Michael is a senior fellow at the Asian Institute of International Financial Law (AIIFL) in the Faculty of Law of The University of Hong Kong. In the early 2000s, he worked with European Union (EU) accession countries on harmonizing their competition law. Since then, he has advised competition authorities in Russia (both the Ministry of Anti-Monopoly Policy and later the Federal Antimonopoly Service), Serbia, the Philippines and Malaysia for over five years for a range of donors and organizations including the EU, the United Nations Development Programme (UNDP), and the Asia-Pacific Economic Cooperation (APEC) forum. He taught competition-related issues at the International Training Centre of the International Labour Organization (ITC-ILO) in Turin, the Centre for Private Sector Development of the Organisation for Economic Co-operation and Development (OECD) and the Joint Vienna Institute (JVI). He did his graduate work in competition law and economics at Harvard and Oxford Universities and has a law degree from King’s College London.