Vulnerability and Resilience: Technology and Covid-19 Should Initiate Reskilling

In recent years, the Philippines has experienced strong economic growth as its overseas workers remitted ever greater amounts back home, while the business process outsourcing sector grew to become the world’s back office. But as Covid-19 grips the world, argues 2018 AsiaGlobal Fellow Ira Paulo Pozon, the country’s workforce looks increasingly vulnerable. 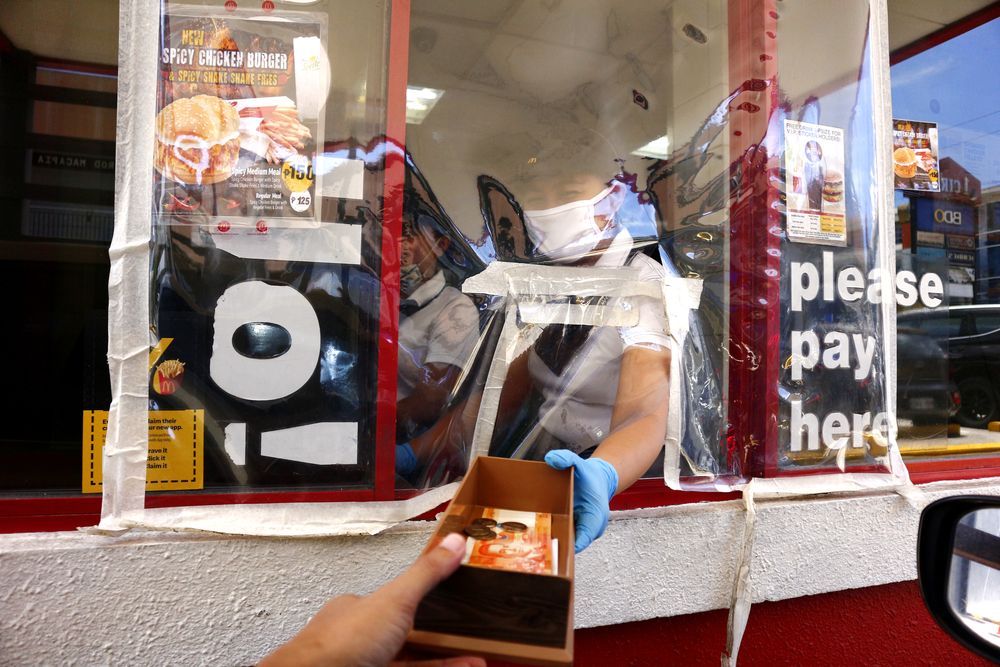 The new pandemic normal in Antipolo City, near Manila: Fast-food and other service-sector workers could be among the most at risk in a Fourth Industrial Revolution world (Credit: junpinzon / Shutterstock.com)

The rapid development of new technologies has given rise to fears of institutional changes in the workplace. Automation and digitalization, through artificial intelligence (AI), robotics, drones, and the internet of things (IoT), have already had a significant impact on the workforce, whether through transformation of processes to outright obsolescence of functions.

That is further compounded by technology becoming more economical and built to a great degree of user-friendliness, all adding to the ease of market access and mass adoption. It took the telephone a half century to achieve mass adoption, the personal computer 14 years, the internet seven years, and Twitter nine months. Niantic’s Pokémon GO, a pioneer in augmented-reality gaming, took a mere 19 days to achieve the same goal – and along with it, revenue close to US$1 billion only six months after launching in 2016.

For a time, it appeared that service-providing occupations were out of harm's way. As governments saw the threat automation posed to jobs, the same number of positions or even more would be recovered by the shift to the service sector. The US Bureau of Labor Statistics projected that the service sector would grow to such a scale that it would account for 91 percent of new jobs from 2016 to 2026. Another report noted that six of the top 10 fastest-growing occupations are in healthcare.

The Philippines is an economy highly dependent on the services sector. In 2019, services contributed a staggering 58.9 percent of all jobs, followed by agriculture with 21.7 percent and industry 19.4 percent. Unskilled workers or those with only basic skills comprised 45 percent of all those employed in the service sector. A total of 41.2 percent work in transportation, hotels, food and beverage, administrative and support services, education, health and social work, entertainment and other service activities.

A similar study by the University of Oxford categorized jobs and their likelihood of automation. This showed that repetitive jobs, or those that do not require a high degree of social intelligence, are more at risk of automation, while jobs that require inter-personal skills such as empathy, creativity and negotiating, among others, are considerably safer.

Faced with this grim outlook, the future of work in the Philippines was looking grim. Then, the proverbial axe fell. As of July 22, there have been over 72,000 Covid-19 cases in the country, with about a third of the patients recovered and about 1,900 deaths. In March, the government imposed an enhanced community quarantine (ECQ) first in the key regions and provinces of main island of Luzon, where the National Capital Region is located, and then beyond. Despite strenuous government efforts to control the spread of the virus, the curve of new cases is yet to flatten – over a thousand new cases are confirmed daily. In June, social-distancing restrictions were eased.

Health quarantine measures have had a colossal impact on the economy, particularly the services sector. The tourism industry, including airlines, hotels, resorts, and casinos, ground to a halt. Retail establishments were ordered closed or chose not to operate as shoppers became scarce. Popular ride-hailing services ceased. Educational institutions shut down but moved teaching online where possible. Health professionals have continued to practice at significant personal risk.

The official GDP growth forecast for this year plummeted from 6.5 percent to minus-2.5 percent. Foreign direct investment (FDI) shrunk by 67.9 percent year on year in April, bringing the year-on-year decline of FDI for the first four months of the year to 32.1 percent. The government shifted spending from a focus on infrastructure development to health and social welfare. Legislation was quickly passed, allocating billion of pesos for economic stimulus and social amelioration.

The collapse has been significant in the tourism sector, which had been gearing up for a stellar year. In 2019, the Philippines welcomed a record high of 8.2 million international tourist arrivals, who accounted for a US$9.31 billion in receipts. In the first quarter of this year, both metrics fell by 55 percent. Last year, the tourism sector contributed 12.7 percent to GDP and engaged 13.5 percent of the workforce, compared to 5.6 percent of GDP and 9.3 percent of employment two decades earlier.

The Philippines is a major manpower exporter, with official numbers indicating that two million Filipinos work abroad, with 39.6 percent of these overseas Filipino workers (OFWs) employed in elementary occupations and 17.5 percent in service and sales. In 2019, personal remittances to the country reaching a record high of US$33.5 billion (9.3 percent of GDP). In April 2020, cash remittances dropped 16.2 percent from the same month last year. In the first four months of this year, the inflow of remittances was 2.9 percent lower than in the same period in 2019. As of July 16, over 60,000 OFWs have be repatriated due to the pandemic, with more expected to return, especially with cutbacks in employment in the oil-producing economies of the Middle East.

One bright spot in the Covid-19 storm may be business process outsourcing (BPO). The Philippines is a key BPO hub, with a global market share of up to 18 percent. It is home to more than 850 BPO companies, mainly providing call-center operations, information technology services, and medical transcription, among others. The industry is a cornerstone of the economy – the country’s second-highest foreign-exchange earner with revenue estimated to reach US$32 billion by 2022 and an annual industry growth rate of about 9 percent. The sector, which employs over a million workers, was one of the few industries allowed to operate through the pandemic lockdown. This resilience may pay off, especially in back-room services related to healthcare, though the drop-off in FDI does not bode well. 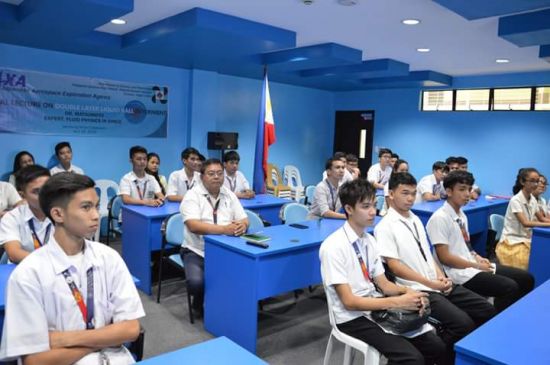 If the pandemic pushes the economy into a prolonged recession and social-distancing practices become a new normal, the service-sector backbone of the Philippine economy and workforce – including the OFWs – could be in peril. Large segments of these sectors were already at risk of consolidation, with 81.8 percent of elementary-service jobs, 75.4 percent of call-center worker positions, 57.3 percent of cleaners and domestic helpers, and 56.8 percent of taxi drivers in danger.

The advance of technology and Covid-19 have laid bare the vulnerability even the precariousness of the Philippines and economies like it that have a significant service-sector base.

A survey of the Philippine government’s curriculum shows that for elementary and junior high schooling, science and mathematics are only two of 11 core courses that also include languages, health and physical education, music, arts, values education, and basic business skills and home economics. In the senior high school curriculum, STEM (science, technology, engineering and mathematics) learning accounts for only four of the 17 core courses.

The country’s top STEM institution, the Philippine Science High School System (PSHS), has a highly competitive admissions process. Pisay, as alumni affectionately call the school, can only accommodate a limited number of students. In the 2018-19 academic year, its 16 campuses nationwide had an enrollment of just 8,358 students. Compare this with the 3,000 students at the renowned Bronx High School of Science in New York, a city of 8.7 million, less than a tenth of the population of the Philippines.

The shift to online education in the pandemic has proved a momentous challenge for the Philippines. The country has a lot going for it in education. Across ASEAN economies, the Philippines has the second-highest student-to-teacher ratio in primary education and the highest in secondary schools. But prior to the pandemic, no concrete plans were laid out for online learning across all levels, which had to be implemented quickly. As of July 1, 16.6 million students in public and private primary and secondary schools had enrolled for classes set to begin on August 24 after a two-month delay due to the pandemic. This is 59 percent of the 2019-20 enrollment. The Department of Education expects 80 percent of the student population will eventually enroll. With the financial and technological limits that online learning places on many households, the fear is that as many as five million young people will skip school this coming term.

In terms of connectivity, the Philippines is woefully behind its ASEAN neighbors. The government has taken some steps to address this problem through the Anti-Red Tape Authority (ARTA) and the Department of Information and Communications Technology (DICT). As part of the Common Tower Policy, a cellular communications tower building program aims to replace the antiquated model of company-specific towers. Instead, towers are built, operated, and maintained by independent third parties, who then rent out space to the telecom companies, thereby ensuring that each area of the country would have adequate coverage. In 2019, 70.5 million internet users were served by only 18,000 cell sites across the archipelago, a user-per-site density of 4,036, more than twice that of Indonesia and ten times China’s. 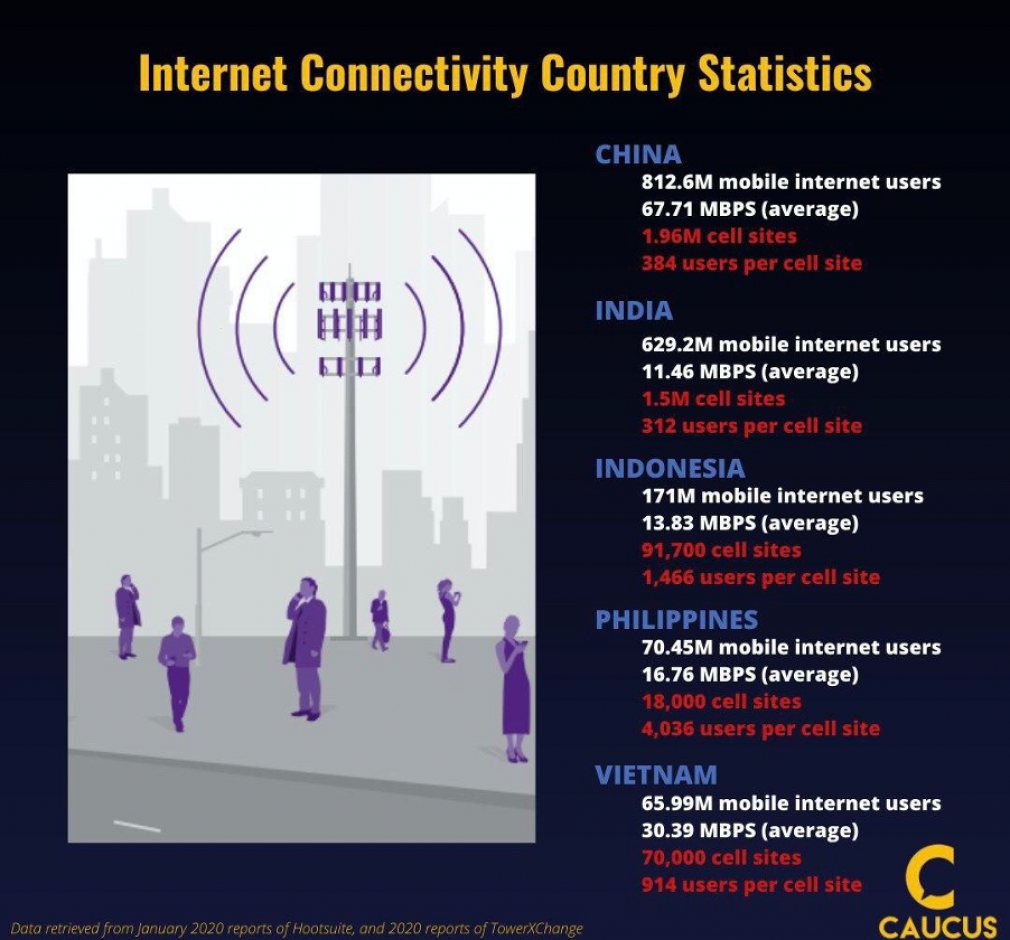 This technological deficit highlights the urgency that the Philippines and similar economies have to educate and train a more resilient workforce. Covid-19 has made a long-term task something that the country must implement much more quickly and comprehensively.

By shifting more decisively to STEM education, the government can prepare those who will enter the workforce in the coming decades for jobs at the core of the so-called Fourth Industrial Revolution (4IR), in areas such as data science and analytics, virtual reality, and artificial intelligence. Reskilling vulnerable workers should be a priority. In this monumental task, the role of government is more crucial than ever for an at-risk economy such as the Philippines with a large population and youthful demographics. Identifying the sectors that need to be nurtured and providing the right kind of education and skills training needed by these industries will be vital to future-proofing the economy and its labor force. Covid-19 has underscored how urgent this task is not just for the Philippines but for all countries seeking to reshape their economies and make them more resilient for the post-pandemic world. 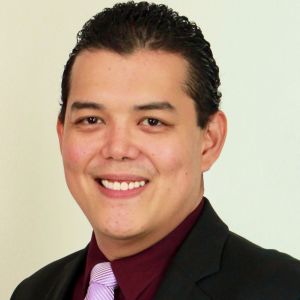 Ira Paulo Pozon is founder of Caucus, Inc., a multi-industry, multi-disciplinary management consulting firm. An attorney from the Philippines, he serves as chief of staff and a director at the Anti-Red Tape Authority (ARTA), the chief governmental reform agency. He has a Master in Business Administration (MBA) from De La Salle University, Manila, a law degree from Far Eastern University, Manila, and a Master of Laws in International Commercial Law from the University of Nottingham, UK. He has studied Mandarin and Chinese culture in Fuzhou, China, and was a Chevening Scholar, a Confucius Institute Scholar, an alumnus of the US State Department’s International Visitor Leadership Program, and a 2018 AsiaGlobal Fellow of the Asia Global Institute at The University of Hong Kong. From September 2020, he will be a senior fellow in public service at the National University of Singapore's Lee Kuan Yew School of Public Policy.