The Urban Ethics of Covid-19

From determining whether or not people should wear facemasks, to choosing who receives treatment, the coronavirus pandemic has become a classic lesson in ethics, argues Jeffrey Kok Hui Chan of the Singapore University of Technology and Design. How we approach the Covid-19 crisis globally could represent the good that we can do as policymakers, designers and citizens, but our well-intentioned efforts face ethical dilemmas, and will invariably be constrained by the existing conditions of urban design. 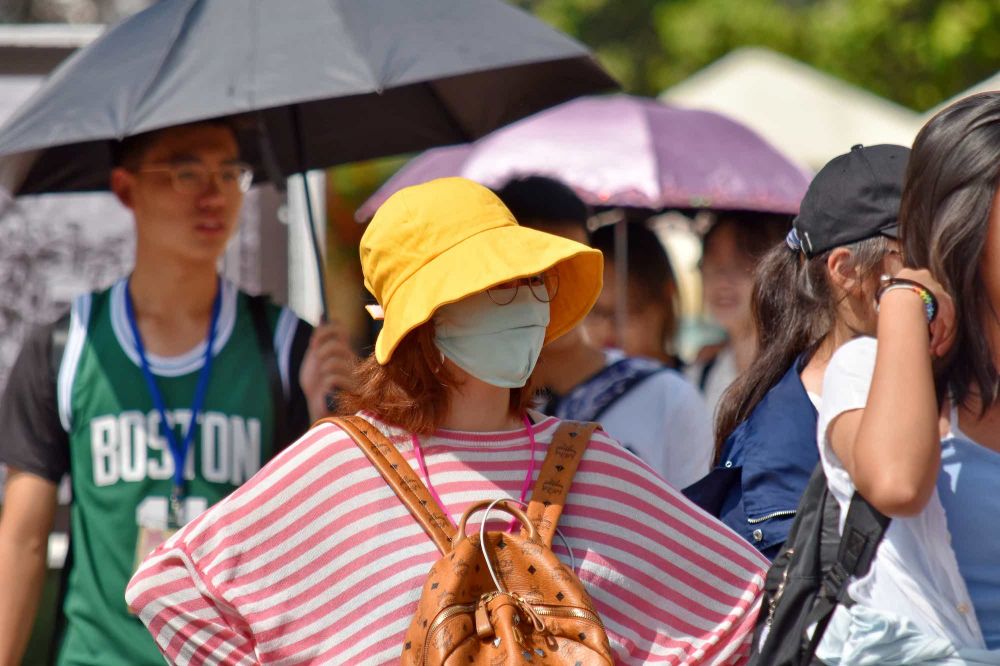 Facemask dilemma: The coronavirus crisis has forced city dwellers to confront the ethical question of whether to wear a mask that might instead be used by a healthcare worker (Credit: Bicanski/PIXNIO)

The world is grappling with a pandemic of calamitous proportions. In many places, hospitals and clinics are under-supplied and overwhelmed. Epidemiologists remain flummoxed by the novelty of this coronavirus. Collectively, we have also grossly underestimated this low-probability but extremely high-impact event. The Covid-19 pandemic is shaping up to be the nightmare of a perfect storm: a global health crisis combined with the abrupt cessation of major parts of economies for what could be long periods of time as the world waits with uncertainty for a vaccine.

In these dark days when the focus everyday is rightly centered on saving lives, manufacturing protective gear, and keeping food on the table, what should we prioritize? What are the ethics of such a calamity?

In this respect, the Roman philosopher and statesman Boethius (477-524 CE) may have something to teach us. Awaiting his execution in a dismal prison while suffering crushing loneliness, pain and despair, Boethius penned The Consolation of Philosophy, which was his soliloquy with an anthropomorphized Lady Philosophy.

In his dark cell, with Philosophy’s help, Boethius rediscovered the genuine constitution of a happy life. After all, he was once a successful man with a happy family. But through no fault of his own, he was slandered, imprisoned and subsequently sentenced to a brutal death. He did not even get to bid farewell to his family. The happiness that he once knew, built on foundations that he thought were firm, was cruelly snatched away from under his feet. And like everyone else caught by terrifying misfortune, he was indignant but fearful, and wondered why a good person had to suffer an evil fate. Boethius needed to rediscover his footing, and so he sought Philosophy’s consolation.

Our situation today is not as dire as Boethius’s. But neither is it all that different. We will never know if Boethius was ultimately consoled. Nevertheless, Boethius demonstrated that it was – and still is – possible to clarify hard questions amid punishing circumstances using philosophical thinking.

For instance, had ethical reasoning been exercised, then the proposal of sacrificing lives without consent to save the economy, which is patently the morally worse cure than the disease, would have never been mooted. On this, philosopher John Taurek (1936-2003) reminds us to be on our guard against the easy utilitarianism of counting numbers, which taunts the complex weighing of suffering and the sanctity of human beings. Ethics, it appears, has at least the power to dismantle a hastily constructed altar for human sacrifice.

But not all ethical issues that are invoked by the Covid-19 pandemic are so clear-cut. First of all, this crisis can be framed as an urban pandemic; its virulence is significantly amplified by the conjoined factors of density, proximity and mobility—attributes that we have come to associate with the urban environment.

Following this, the ”wicked” ethical issues of the pandemic cannot be completely settled by any one virtuous person who independently knows how to live a good ethical life. This is because in the city, even this virtuous individual has to live among many others with very different values and views on what actually constitutes a good ethical life. Ineluctably, to resolve these ethical issues requires not only virtuous individuals, but also surmounting the challenges of collective consensus and cooperation with others.

Finally, these ethical issues are constrained by the spatial materiality of the urban environment: How the city is designed and shaped makes certain ethical options more possible, while rendering others moot.

Admittedly, this issue is not so easily settled by appealing to cultural relativism because wearing a facemask now is not just a matter of different tastes or etiquettes, but instead, a matter of life and death for everyone. Against the twin realities of scarcity and limited global production in the short run, any city that stockpiles facemasks for widespread consumption is taking them away from the healthcare workers and institutions elsewhere that need them.

In other words, the practice of wearing a facemask today can also be framed as an issue of right and wrong that furthermore, one could reasonably reject by appealing to the principle of prioritizing need. And today used facemasks are also considered biohazards, their improper and irresponsible disposal possibly endangering everyone living in close quarters in a dense city.

In these ways, the ethical issue of wearing a facemask can be seen as a “public bad” (as opposed to a public good) problem, where behaviors that are perfectly rational and well-intended at an individual level paradoxically give rise to unintended, undesirable and even harmful societal, or in this case, global outcomes. The harmful effects that follow from the intensified depletion of facemasks everywhere do not square with an individual’s legitimate personal and communal responsibility for wearing one. In the ethical dilemma that ensues, one has to make a choice between avoiding these harmful effects and protecting oneself. Both choices are proper – but we can only pick one.

There are many other ethical issues to consider in urban settings. Disease does shape cities. Consider the sanitation systems developed in cities such as London and New York in response to public-health emergencies. But cities and their designs also shape how we are able to respond to diseases. Design shapes our capabilities to respond, and varied responses are morally significant in different ways.

In my book Urban Ethics in the Anthropocene (Palgrave Macmillan, 2019), I discuss the case of Amoy Gardens in Hong Kong during the 2003 epidemic of severe acute respiratory syndrome, or SARS, as an example of how environmental design had catalyzed the spread of a deadly contagion. There is clearly a need to shape the design of our built environment not only to prevent diseases but also to enable our better response in future pandemics. For Amoy Gardens, the authorities decided on strategic renovation instead of outright demolition and rehousing. This design approach strikes a careful trade-off between public health and spatial justice in a city where housing is scarce and communal bonds are valued. 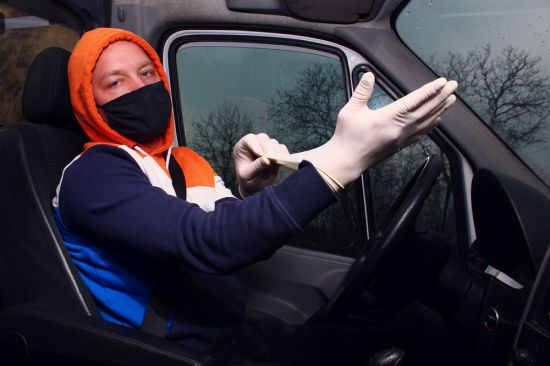 Delivering food in a pandemic: Wuhan's grid design made it easier to get essentials to households in the city (Credit: Gagarin Iurii / Shutterstock.com)

At a higher level, urban design – the combined assemblage of built structures, infrastructure and institutions configured in a particular spatial and technological form – makes certain responses in a pandemic more plausible while rendering others less likely. For example, the grid-like community-control system that exists in Wuhan enabled authorities to monitor and address basic needs even during the lockdown. By mobilizing nearly 8,700 grid workers to the 13,000 grids in Wuhan, authorities could coordinate what seemed to be an impossible mission of delivering food, medicine and other essential items to individual households within each grid.

Cities that lack an equivalent system may just have to impose blanket lockdowns and shelter-in-place. But this approach confers safety and advantage on people who can work from home in permanent housing, while exacerbating the vulnerability of the economically precarious and those without shelter. And for the vast majority of the global urban population living in informal settlements, conventional responses such as social distancing and sheltering in place do not work. When basic shelter is unsafe and unwholesome, or where piped water and sanitation facilities are shared, if not altogether absent in many informal settlements, untested and riskier alternatives might have to be contemplated. Every response presumes some existing urban design and has a different risk – and hence, moral – profile.

For these reasons, ethics shows that the good that we can do as policymakers, designers and citizens in this pandemic will also depend on existing conditions of urban design. Inadvertently, at this point, the ethical questions are not much different from the design questions:

What are the spatial and technological features that can be designed that will also enable the safest, the most inclusive and the most responsible response in future pandemics? Do we, for example, create buildings that can quickly switch to a different use in the event of a pandemic or natural disaster? Or do we interleave redundancy (the availability of reserve capacity) and equipotentiality (full capacity available everywhere) in city centers by paring down real-estate development and creating open greenfield sites that can be adapted to variable uses in times of need? Or do we augment all of the above with intelligent technologies that can enhance telemedicine or even artificial-intelligence-driven healthcare while simultaneously working to improve the wellbeing of the most disadvantaged and vulnerable? And importantly for the ethical city, what are the surveillance and monitoring technologies that we retain from this pandemic, and what are those that must be completely dismantled after this crisis?

In the loneliness of his dark cell before his execution, Boethius did not have a chance to ponder the choices for ameliorating his world. Despite our darkening circumstances, we still do. 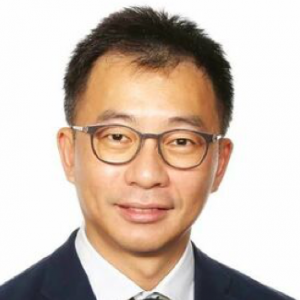 Jeffrey Kok Hui Chan is an assistant professor at the Singapore University of Technology and Design (SUTD). His research focuses on design ethics. He is the author of Urban Ethics in the Anthropocene: The Moral Dimensions of Six Emerging Conditions in Contemporary Urbanism (Palgrave Macmillan, 2019) and co-author with Zhang Ye of Sharing by Design (Springer, 2020).