The Thrill of Victory, the Agony of Defeat – and the Yawn of Postponement?

Even before the coronavirus pandemic forced their postponement, the 2020 Tokyo Games were haunted by memories of past Japanese Olympiads, writes William Tsutsui, a professor at Hendrix College and a specialist in the cultural, economic and environmental history of modern Japan. The 1964 event marked Japan’s return to the community of nations, erasing at least temporarily its forfeited bid for the 1940 games under the specter of militarism and world war. The expectations for 2020 were exceptionally, perhaps impossibly, high and the now-delayed Games are an object lesson in bad timing and the unavoidably political nature of global sport. 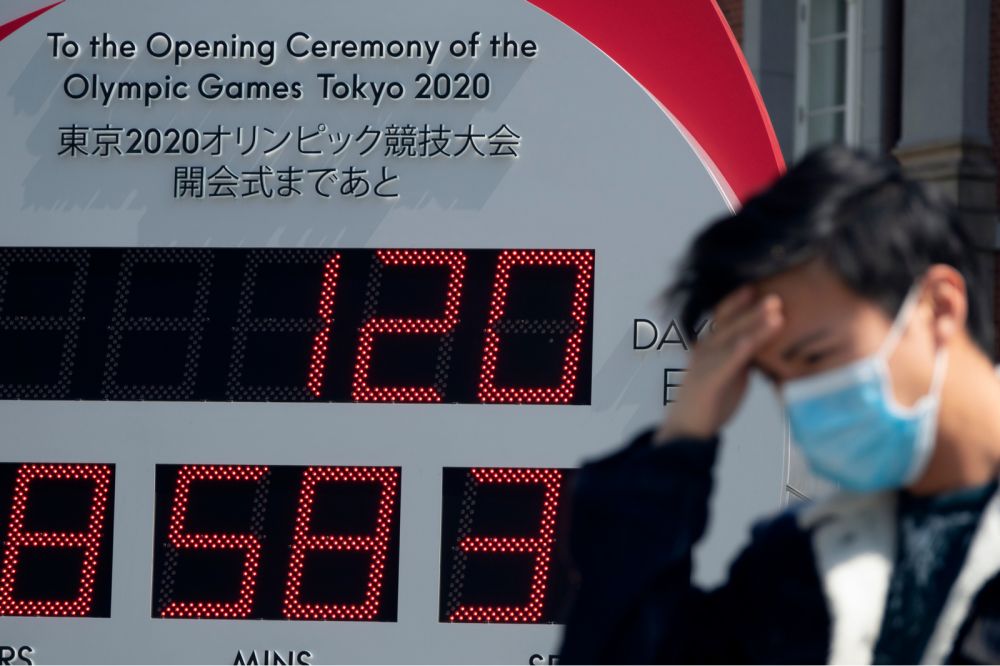 Olympic headache: The Japanese people greeted the postponement of the Tokyo Games to July 2021 with a yawn of indifference (Credit: Fiers / Shutterstock.com)

The 1964 Olympic Games were a triumphal celebration of Japan’s postwar return to the community of nations and of Tokyo’s reconstruction as a modern, global city. Technological marvels like the Shinkansen bullet train and the warm hospitality of the Japanese people impressed the world, which was able to watch telecasts in real time and in color for the first time. Tokyo’s successful staging of the summer Olympics banished, at least temporarily, Japan’s war-torn, imperialist image and cemented a new narrative of a peaceful, prosperous nation on the rise.

The 1964 Games, sensibly held in October to avoid Japan’s summertime heat and humidity, went off without incident or major controversy, although they played out against an international backdrop of China’s first nuclear test and the ousting of Nikita Khrushchev in the Soviet Union. The biggest complaint at the time was about the rainy weather which dogged the outdoor competitions. Even before the closing ceremonies, the international media were praising the Tokyo Olympics as the best ever.

Tokyo’s first Olympic experience, a quarter century before the euphoria of 1964, ended far less happily for Japan and the international Olympic movement and is generally forgotten today. Japan’s capital was awarded the Games of the XII Olympiad, to be held in 1940, after a vigorous campaign to bring the event to Asia for the first time. The increasingly authoritarian Japanese state saw hosting the Olympics as an opportunity to enhance the nation’s international profile, just as Adolf Hitler had done with the 1936 Berlin Games, and draw global attention to the celebration of the 2600th anniversary of the Emperor Jimmu’s legendary founding of the Japanese empire.

But war, great-power politics, and domestic controversy combined to doom Tokyo 1940. Japan’s invasion of China in 1937 shifted the political landscape – and eroded enthusiasm for staging the Games in Tokyo – both at home and abroad. Japanese right-wingers, who had never been won over by the internationalism and pacifism at the heart of the modern Olympic movement, argued that the steel allocated for a new national stadium would be better used for tanks and battleships. Meanwhile, as support for a boycott simmered in Europe and the United States, pressure mounted on the International Olympic Committee (IOC) to abandon Tokyo. In July 1938, Japan formally forfeited the Tokyo Games, which were subsequently awarded to Helsinki and ultimately cancelled with the outbreak of World War II in Europe.

Tokyo’s Olympic experience prior to this unprecedented spring thus encompassed both the best of times and the worst of times: a Games so successful as to set the bar for Tokyo 2020 exceptionally (perhaps impossibly) high and an aborted Olympiad that became an object lesson in bad timing and the unavoidably political nature of international sport.

To add to the burden of these historical legacies, the organizers of the 2020 Olympics also faced the accumulated ills of Japan’s more recent past, from three decades of pallid economic growth and a slow-motion demographic catastrophe, to a feeble rebound from the “triple disasters” – earthquake, tsunami and nuclear accident – of March 11, 2011 and continued worries about radioactive contamination. And now that Covid-19 has made the once unthinkable prospect of rescheduling the Games an unwelcome reality, Japan faces challenges of truly Olympic proportions. (The 2020 Olympics have been rescheduled for July 23, to August 8 next year, with the Paralympics taking place between August 24 and September 5.) 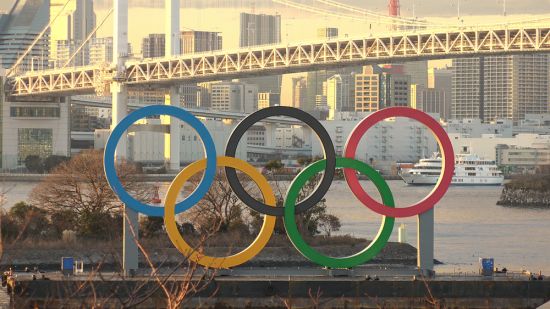 Japan aimed to showcase the country’s healing and reconstruction in communities devastated by the 2011 earthquake, tsunami, and nuclear meltdown (Credit: StreetVJ / Shutterstock.com)

Like all modern Olympics, Tokyo 2020 was surrounded by controversy from the moment the city’s bid was first announced. Almost inevitably, accusations of bribery of IOC members by Japanese officials tainted the selection process. Cost, as always, was a major public concern, even as the Tokyo Organising Committee sought to reuse and recycle venues from the 1964 Games. Plans for a new national stadium by British starchitect Zaha Hadid were scrapped as cost estimates ballooned and Japanese architects muttered about the propriety of giving such a prominent commission to a foreigner (not to mention a woman). The original design for the Games’ logo had to be hastily withdrawn after plagiarism allegations. And the tense regional politics of Northeast Asia predictably flared: South Korean authorities and street protesters demanded (futilely, in the end) that Japan’s nationalist “rising sun” flag be banned from Olympic events.

Prime Minister Shinzo Abe, Japan’s most durable leader since constitutional government began 130 years ago, had staked much political capital on the success of the Olympics. He has enthusiastically promoted the Games as transformative and unifying, with the power to “change the future” of the nation and galvanize “all the people of Japan to walk forward together into a new age”.

Finding a clear and compelling message for the Tokyo Games – a much harder task for host cities in mature economies than for the ambitious capitals of rising world powers – has proven elusive and divisive, however. Tokyo 2020’s forgettable official motto, “United by Emotion”, like London 2012’s insipid “Inspire a Generation”, failed to capture the imagination of Japanese or global audiences. The Tokyo organizers and the Japanese government have consequently been keen to rebrand the upcoming Olympics as “The Caring Games” or the “Recovery Olympics”, showcasing Japan’s progress on healing and reconstruction in the communities devastated by the 2011 earthquake, tsunami, and nuclear meltdown.

Anti-nuclear activists and many residents of the still struggling Tohoku region have not received this new spin on the Tokyo Games well. The decisions to disperse some athletic contests to the disaster-hit prefectures and to start the Olympic torch relay in Fukushima have been dismissed by critics as cynical and politically motivated. Noting ongoing decontamination problems at the Fukushima Daiichi site and the slow pace of rebuilding along the devastated northeast coastline, skeptics have voiced concern that the Olympics have siphoned funds away from real recovery efforts and further delayed an already belated rebound.

Nevertheless, genuine outrage surrounding Tokyo 2020 has proven remarkably tame, even as public excitement over the Olympics has generally been lukewarm. In the months preceding the coronavirus outbreak, enthusiasm for the Games in Japan did seem to be growing: applications for tickets far outstripped supply (by 10 times or more), and more than 200,000 people signed up to volunteer at Olympic and Paralympic sites.

But when the painful decision was made to postpone the events, the Japanese public reacted not with anger, bitterness, or an agonized outpouring of disappointment but instead with a vast collective sigh of resignation. As Justin McCurry wrote in The Guardian, “the general mood was best summed up by the Japanese phrase shikata ga nai (it can’t be helped) – a catchall response to any situation, large or small, over which people believe they have no influence.”

This mass shrug should hardly come as a surprise. Over the past three decades the people of Japan have had plentiful opportunities to practice their composure in the face of natural disasters, policy failures, and an abiding sense of national decline. International observers justifiably praised the Japanese for their forbearance, dignity, and quiet self-sacrifice during the traumatic events of 2011 and their aftermath.

Less admirable perhaps have been the public stoicism and acquiescence through the collapse of the “Bubble Economy” and subsequent “Lost Decades” of economic turmoil, the struggles of a Japanese political establishment consistently unable to deliver reform and change, and the mounting evidence of a society graying and fraying at an alarming pace. As Columbia University political scientist Gerald Curtis has perceptively noted, Japan’s social psychology today is defined by an “odd marriage of pessimism, satisfaction, and complacency”. He added that “deflated expectations about the future have not created a groundswell of demands for change but, to the contrary, have made all the stronger aversion to risk taking and to major public policy changes that people fear might make things worse rather than better.”

The underwhelming yawn of apparent indifference emanating from Japan in the wake of the Olympic postponement decision can easily be ascribed to this ingrained predisposition to inertia and acceptance. But the population’s anemic response may not have been an automatic one. Current attitudes in Japan toward the Olympics could hardly differ more from those in 1964: back then both the Japanese people and the state were fired with a desire to gain the attention and respect of the world after a traumatic war and a humiliating defeat. And unlike 1940, when Japanese subjects had little choice but to follow the patriotic lead of their imperial regime, today’s Japanese citizens have far more latitude to disregard officialdom.

In that light, it is appealing to consider that the tepid response of the Japanese public to Olympic postponement may reflect not a profound complacency but instead an uncommon collective wisdom. The Japanese people may simply have realized that, despite the logistical nightmares, financial costs, and personal disappointments arising from the rescheduling of the Tokyo Games, when all is said and done, the Olympics are just an overblown athletics meet and Japan – and the world – have far more important issues to worry about. 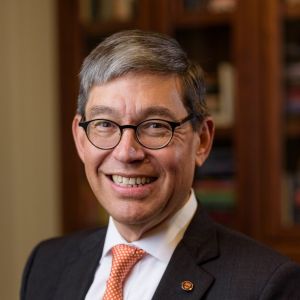 William M Tsutsui is the Edwin O Reischauer Distinguished Professor of Japanese Studies at Harvard University for the 2020-21 academic year. From 2014 to 2019, he served as president of Hendrix College in Conway, Arkansas, USA, where he is professor emeritus of history. A specialist in the cultural, economic, and environmental history of modern Japan, he is the editor, with Michael Baskett, of The East Asian Olympiads, 1934-2008: Building Bodies and Nations in Japan, Korea, and China and the author of books including Japanese Popular Culture and Globalization and Godzilla on My Mind: Fifty Years of the King of Monsters.