The Science and Sensibilities of Smart Cities

As Asian countries develop smart cities, residents must contend with their benefits and drawbacks. While connected systems have the potential to deliver better urban planning and conveniences, they can also introduce inequalities and undermine inclusiveness. 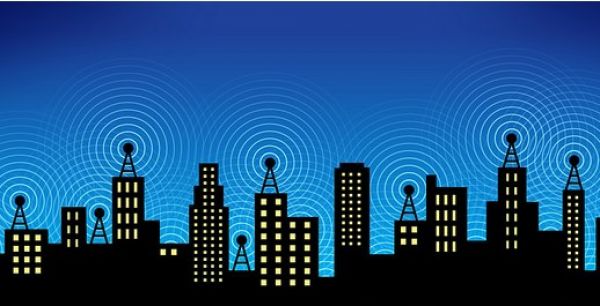 As the science around smart cities becomes ever more sophisticated, the sensibilities of their inhabitants may yet be increasingly offended.

Whereas cameras with real-time facial recognition herald more expedient crime detection, their ubiquity triggers fears of loss of privacy. Self-driving vehicles present hopes of seamless commuting, but their autonomy raises concerns about mishaps and collisions. Smart meters enable households to reduce utility consumption, but their data have been exploited to detect illegal occupancy. It is these very contradictions of smart cities, and the gulf between their promise and the perceptions, that make them the subject of vigorous debate.

A concrete understanding of their innovative features and the science underpinning them can help residents to appreciate the risks and rewards of smart cities. The typical model for a smart city rests on an urban space augmented with a dense network of devices and sensors powered by the Internet of Things. This network wirelessly and autonomously captures extensive information about objects, people, activities, situations, and phenomena within and around that cyber-physical space.

The mountain of digital data generated by the network requires complex algorithms to distil meaningful trends characterizing the complex behavior of a city. For example, Japan is seeking to integrate data from power micro-grids, heating and cooling networks, and building energy management systems to maximize the deployment of renewable energy.

In the smart city, data that was previously too complicated or tedious to collect can be efficiently gathered to very high levels of resolution and accuracy. Artificial Intelligence (AI) and machine learning can be used to analyze data in detail, such as identifying specific patterns of human dynamics—commuting patterns, online activity, or power consumption—while alerting us to unexpected changes.

The properties of a smart city also make it easier to contain and prevent detriments. Deeper examination can allow authorities to predict how epidemic spread evolves for various demographic groups. The deployment of swarms of cooperative autonomous robots and vehicles equipped with sensors and cameras can ensure that every square centimeter of a city is under observation.

The properties of a smart city make it easier to contain and prevent detriments.

This would expedite the detection of illicit activity such as terrorist attacks, drug smuggling, and drinking water contamination, as well as risky social behaviors. In addition, analyzing crowd movement by demographic characteristics such as age, ethnicity, and gender can lead to the better planning and design of urban spaces.

Issues in AI and Big Data

There are three issues inherent in the AI and big data undergirding smart cities that impel caution. Principally, concerns have been raised about the pervasive surveillance enabled by distributed sensor networks.

For instance, new-generation cameras embedded in smart lampposts, already deployed in some cities in China, can engage in active facial recognition. The benefits they confer on crime prevention and law enforcement are widely acknowledged. However, these advantages have not neutralized concerns about the erosion of individual privacy and liberty.

Yet, the future of smart cities will involve far less conspicuous sensors, including mobile ones, distributed in far greater numbers. These will form a fine mesh that can track every single step of any individual in public spaces.

If such technologies mature to that level of ubiquity and granularity, it is vital that the public understands how they function, and their implications for our everyday lives. Furthermore, the task of optimizing the massive amounts of data generated by these sensors poses formidable challenges.

Even as AI is exalted as a key driver of smart cities, its increasing opacity is a cause for concern.

First, the data must be safely stored to the highest standards of cybersecurity.

Second, the data must be effectively managed so that sharing it with third parties for secondary analysis, even if for societal gain, does not breach privacy regulations. A balance must be struck between permitting data sharing to facilitate scientific breakthroughs and protecting individual and state interests.

Third, the data generated by this army of smart sensors is so voluminous that it will have to be processed with highly complex, fully automated algorithms. However, computer scientists have yet to broach discussion, much less reach agreement, on the fundamental ethical rules that should underpin the automated mining of vast quantities of data. Singapore, for example, is establishing a high-level Advisory Council on the Ethical Use of AI and Data that mobilizes experts from industry, academia, and policymaking.

Even as AI is exalted as a key driver of smart cities, its increasing opacity is a cause for concern. One significant shift is that AI is leaving the era of human-driven design to enter that of AI-driven self-design. Notably, deep learning gives AI the ability to program itself. This relieves the human programmer of having to develop and code algorithms, saving tremendous time and effort. However, such self-programmed systems may generate errors that go undetected and unresolved.

The most disturbing aspect of big data is the absence of a negative feedback loop that signals when an algorithm needs to be refined.

With such “black box” systems, developers and coders will be hard-pressed to distinguish between an error and a legitimate, yet unexpected, solution. Such opacity can have adverse implications for maintaining or refining AI-driven systems. Another facet of AI’s opacity lies in potential biases residing in the big data with which algorithms are developed. Distortions in data can lead to faulty algorithms that unfairly prejudice certain pockets of society. Worryingly, such AI-facilitated algorithms are increasingly used to determine job placements, university admissions, insurance rates, and even retail prices, amplifying their impact.

The most disturbing aspect of big data is the absence of a negative feedback loop that signals when an algorithm needs to be refined because it fails to cater to individual differences that render it inadequate or erroneous. Such opacity diminishes the possibility of recourse in situations of error.

Governing the Science of Smart Cities

As more countries in Asia, such as China, Japan, Singapore, and South Korea, make inexorable strides toward developing smart cities, scientific innovation will play an increasingly critical role. To this end, greater effort must be made to understand the reservations and concerns that people in these cities may have about rising technologization, so their anxieties or misconceptions can be addressed.

The ethical challenges surrounding the growing application of AI and big data should also be tackled. Ultimately, the perils of science must be carefully managed along with its promise to ensure that these cities are livable and inclusive as well as more hospitable and sustainable.

Barabási, Albert-László. Bursts: The Hidden Patterns Behind Everything We Do, from Your E-mail to Bloody Crusades. Penguin Books, 2010.

Sun Sun Lim is a professor of communication and technology and the head of humanities, arts, and social sciences at the Singapore University of Technology and Design. She has published and lectured extensively on technology domestication and public perceptions of technology. Her latest books include “Mobile Communication and the Family - Asian Experiences in Technology Domestication” (Springer, 2016) and “Asian Perspectives on Digital Culture: Emerging Phenomena, Enduring Concepts” (Routledge, 2016). Roland Bouffanais is an associate professor of engineering product development at the Singapore University of Technology and Design. He received his PhD from École polytechnique fédérale de Lausanne, in Switzerland, prior to being a postdoctoral fellow at the Massachusetts Institute of Technology. He was awarded the prestigious IBM Research Prize in Computational Sciences, and wrote “Design and Control of Swarm Dynamics” (Springer, 2015).