The Politics of FDI in Indian States

The level of foreign direct investment across India varies widely by state. To understand the pattern of FDI in India and the varying success in deploying foreign capital for industrial development, Sojin Shin of Tokyo International University argues that it is important to examine the sociopolitical dynamics of the states. In this article, she looks at the differing situations in Tamil Nadu and Odisha. 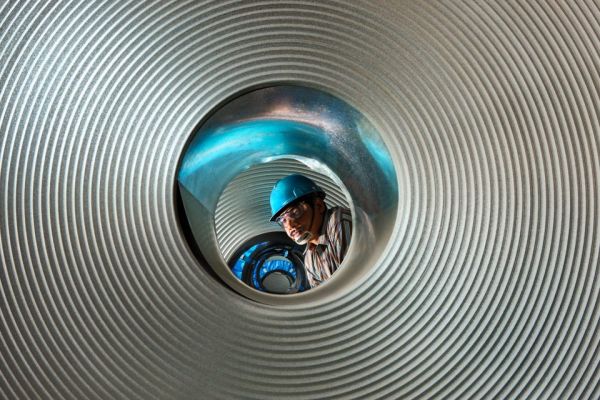 Steelworks in India: Receptiveness to foreign direct investment varies according to the specific sociopolitical factors at play in each state (Credit: Hari Mahidhar / Shutterstock.com)

Pohang Iron and Steel Company (POSCO), the world’s fifth-largest steel producer from South Korea, decided to cease its US$12 billion investment project for the eastern Indian state of Odisha in March 2017. After signing a Memorandum of Understanding with the Government of Odisha in June 2005, it took as many as twelve years for POSCO to discontinue the project. Despite possessing abundant natural resources, Odisha remains one of India’s least industrialized and economically most backward provincial states.

POSCO’s withdrawal from its steel project in Odisha was not surprising given the variety of groups and organizations protesting against it throughout its life. POSCO had invested heavily in the project that eventually became one of the most controversial and highly politicized foreign investments in India. Political leaders, bureaucrats, foreign investors and local citizens were entangled in POSCO’s steel plan while each pursued their own interests.

POSCO was not the only investor that had difficulties in implementing a large-scale investment plan in the state. Tata Steel, India’s second largest steel producer, also struggled for more than seven years in pursuing a project in Odisha before it finally began building a plant.

POSCO’s investment failure in Odisha seems to explain the low level of foreign investments to the state. Consider foreign direct investment (FDI) equity inflows to Indian states from April 2000 to March 2019: The cumulative FDI flow into Odisha – US$549 million – has been significantly lower – just 0.1 percent of the total – compared to that into other states (for example, US$127.1 billion, or 30 percent, for top-of-the-list Maharashtra; US$84.6 billion, or 20 percent, for Delhi; US$37.7 billion, or 9 percent, for Karnataka; and US$29.8 billion, or 7 percent, for Tamil Nadu).

What makes it difficult to implement large-scale investment projects in Odisha? Does the resource extractive nature of the steel industry act as a barrier? What are the implications of POSCO’s experience? More broadly, why are some states in India better able to manage FDI better than others? In a book published in 2018, I sought to answer this question through a comparative case study of how the state, society and foreign capital are involved in the politics of FDI in two states in India – Odisha and Tamil Nadu.

Indian federal policymakers and those in most if not all of the states have long accepted the idea that foreign capital is needed to fuel economic growth and industrial development. A crucial turning point for Odisha and Tamil Nadu was 1967, when regional political parties won the state elections with pledges to promote citizens’ interests. India’s economic difficulties in the 1970s prompted both states’ leaders to consider foreign investment as a useful source of funding for various industrial projects.

The difference between them came in the implementation. In Tamil Nadu, which I would classify as a developmental state, or an economy characterized by state-led macroeconomic planning, state agencies played significant roles in serving citizens’ interests especially in protecting the rights of marginalized groups vulnerable to the socio-economic changes due to industrialization. The state has promoted social integration through land reform, the public distribution (food security) system, education, health services and employment.

The government of Tamil Nadu was successful in building an inclusive state-society relationship that eventually helped the state pursue foreign investment projects. The broad strata of citizens including the marginalized groups in society, who benefited from the state’s policies, have rarely opposed such state-led industrial projects. By capitalizing on the cooperative state-society relationship, the state gained from citizens legitimacy for its favorable stance towards FDI. The tight-knit organizations and informal networks of the members of the ruling parties – whether the All India Anna Dravida Munnetra Kazhagam (AIADMK) known for its top-down culture or the grassroots-driven Dravida Munnetra Kazhagam (DMK) – strengthened the cohesion between the state and people.

Successive ruling parties in Tamil Nadu since the 1970s and through the economic reform period of the 1990s and after supported the idea of deploying foreign capital for industrial development that would address inequality. The state welcomed aid from international financial institutions such as the World Bank and International Monetary Fund. Such assistance was helpful for the state to pursue industrial and urban projects in the 1980s. The state developed the capacity to attract investment in the manufacturing sector and use private capital, including from abroad, as a driver for economic transformation. 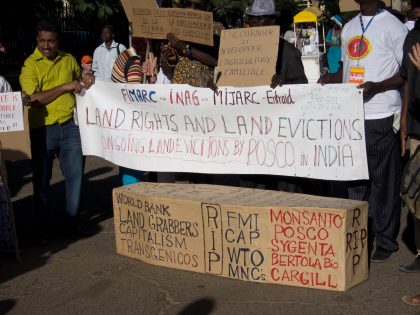 The situation in Odisha was different. It took longer for the state to latch on to the idea of attracting foreign investment. Despite fiscal deficits in the 1970s, state policymakers did not look to the private sector investment as a way to pull out of the economic crisis. The neopatrimonial nature of the state – the use of resources to secure the loyalty of the people – and high level of social conflict acted as barriers to FDI inflows in the state.

The idea of foreign investments as a crucial financial resource for industrialization failed to materialize for several sociopolitical reasons. The state struggled with frequent regime change, political conflicts and factional rivalries among key state leaders. The rent-seeking bureaucrats allied with the upper-middle level of society. The state’s ruling parties, meanwhile, did not pursue policies of social inclusion. The informal social and political networks, which were underpinned by the framework of patron-client relations, did not advocate for the welfare of marginalized groups. Furthermore, the ill-informed, inefficient and incoherent administrative organization substantively blocked the state from intervening in economic affairs.

Two societal structures aggravated poverty and hampered industrial development in Odisha: first, the divisions between people living in the coastal areas and those in the hilly areas, and second, social insecurity caused by plunderous action against citizens by left-wing extremists such as the Naxalites and Maoists. The extremists easily mobilized marginalized groups by force to oppose large-scale investments.

The state failed to provide people with necessary security against such violence. This failure encouraged citizens to ally with the political militants to oppose state-led industrialization. Bolstering that negative sentiment was the government’s poor implementation of rehabilitation and restitution policies for displaced people, who lost their livelihood and shelter due to industrialization and the development of projects such as the building of dams.

The differing political narratives in Tamil Nadu and Odisha account for the differences between the two states in their approaches for attracting and mobilizing FDI. The success of Tamil Nadu’s developmental state underscores how building an inclusive and cooperative state-society relationship supports state-directed industrialization. The state leaders were able to promote the interests of citizens rather than resort to the rent-seeking opportunities. The state bureaucrats were efficient and knowledgeable enough to implement the inclusive policies.

Understanding these sociopolitical variables is crucial to explaining the pattern of FDI inflows in India and the varying performances of the states. This analytical framework could provide a useful tool for evaluating and explaining how other emerging market economies with sub-national political structures have facilitated or regulated FDI inflows.

This article is based on the author’s book The State, Society, and Foreign Capital in India, which was published in 2018.

Sojin Shin is assistant professor in the School of International Relations at Tokyo International University. Her research and teaching interests include development, state-society relations, economic and political institutions, governance, and international relations with the focus of South Asia and East Asia. Her research articles have appeared in various journals and academic magazines. Her most recent publication is The State, Society, and Foreign Capital in India, which was published by Cambridge University Press in 2018.