The New Tech of Epidemic Surveillance: A Magic Bullet?

Technology is transforming epidemiology. However, algorithms, satellites, and drones offer no easy solution. Ethical and political issues need to be considered to ensure that everyone reaps the benefits of these new technologies. 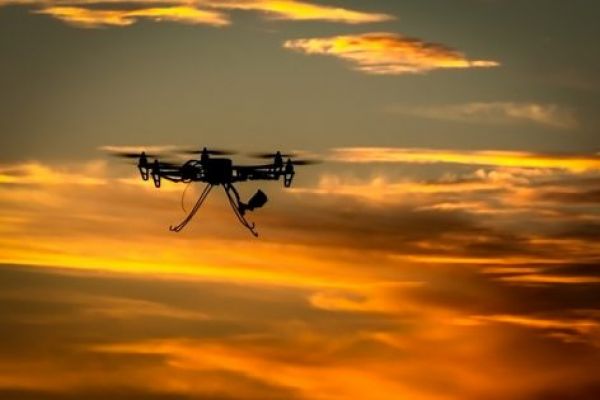 An unmanned aerial vehicle soars above the land, on a mission to deliver blood to a remote health center. High-resolution satellite imagery is analyzed for areas at risk of a vector-borne disease. Data from mobile phone operators is fed into mathematical models to track disease transmission through patterns of migration. Welcome to the new world of real-time epidemic surveillance, where high tech is being harnessed for the early detection, prevention, and management of disease.

While these tech breakthroughs are a cause for optimism and provide extraordinary opportunities for advancing global health, they also bring with them challenges of their own.

For one, there is the problem of how big data is collected and evaluated. What are the implications for civilian populations unwittingly recruited into the drive for global health security? Should individuals be asked for consent before their online activity is mined as part of an automated early warning system? Who owns this data? How can we be sure of how they will be used? Or, perhaps misused? Recent controversies, including the Cambridge Analytica scandal over compromised user data and privacy on Facebook, have highlighted some of the issues at stake.

Pictures in the media of gowned healthcare workers, field labs, and isolation facilities suggest conventional, boots-on-the-ground campaigns. But increasingly, these are only part of the story. Proximate and distant views are converging through remote sensing technologies and digital networks. The pushback against infection is coming from above, on a global scale.

Much of this technology is being used to delineate the parameters of new epidemic threats. Remote sensing can help to produce environmental models that correlate different variables—such as vegetation density, temperature, and moisture—with specific diseases.

In a project run by the London School of Hygiene and Tropical Medicine in Sabah, Malaysia, researchers deployed drones to study the environmental contexts of Plasmodium knowlesi. This is a species of malaria parasite that has its natural reservoir in wild macaques, but has spilled over into humans. In addition to using drones, scientists tagged the monkeys so that their movements could be tracked using GPS.

The emphasis is now on discerning patterns of behavior that may anticipate epidemics.

Advances in computational science and web-based tracking software are also providing the basis for early warning systems. Epidemiology is becoming preemptive, the emphasis now on discerning patterns of behavior that may anticipate epidemics. Online data is trawled and processed to identify unusual disease-related activity. Chatter on social media and the content of micro-blogging platforms are mashed with news reports and Google search terms. These are read against other data, including satellite imagery that may pick up on significant details. For example, an image may reveal that the parking lot of a local health clinic is exceptionally crowded, suggesting a spike in sickness.

Meanwhile, devices are transmuting into tools. Smartphones are able to perform diagnostic tests in situ with results transmitted wirelessly, ensuring timely treatment. GPS-enabled phones and other digital platforms generate proxy data that can be used to map infections. Cloud computing allows large amounts of data to be stored.

Although this is often framed as a present-day predicament, there are historical antecedents. By the end of the 19th century, telegraphic networks connected much of the world. Near real-time communication enabled new ways of targeting disease and helped delineate the space of global health. For the first time, messages could travel faster than disease. The concept of preparedness was born.

However, unprecedented amounts of data spawned by the telegraphic system gave rise to a dilemma: how should the information be prioritized? In the spring of 1918, as the Germans were launching an offensive against the Allies on the Western Front, a telegraphist at the Reuters headquarters in London typed out a message cabled from Spain that read: “A strange form of disease of epidemic character has appeared in Madrid.” With the war ongoing and news flooding the wires, there were more pressing stories to cover. A notice appeared in the “News in Brief” section of the Times, buried among reports on the action in France.

A footnote can herald a pandemic. Some researchers now believe the 1918 influenza pandemic may have killed up to 100 million people worldwide.

Would it be different now? Yes, but then again, perhaps not. When ProMED, the online infectious disease reporting system, picks up on a cluster of deaths from an undiagnosed respiratory illness, can we be sure that it isn’t the beginning of a major epidemic? Perhaps a pandemic on the scale of 1918? Data can still get lost, misinterpreted, or underplayed. Mistaken assumptions may also skew our vision. While China tends to be viewed as the global epicenter of influenza, the 2009 H1N1 pandemic originated in Mexico.

To be sure, there are differences between telegraphic transmissions and contemporary data-gathering practices. Large amounts of data can now be stored. The cloud is a material infrastructure of server farms managed by providers. The collection and storage of data raise questions about security, governance, and regulation. An inscrutable agglomeration of actors is involved in the construction of the dispersed digital networks that amass, process, and disseminate data: state agencies, multinational corporations, tech companies, and many others. Some of these institutions may have conflicts of interest. For example, a company that processes satellite imagery for humanitarian purposes may simultaneously be involved in selling services to the military. Who is ultimately accountable?

A company that processes satellite imagery for humanitarian purposes may be involved in selling services to the military.

The application of new epidemic surveillance technologies may further reinforce a tech divide. Poorer countries with low levels of connectivity may be disadvantaged, again prompting questions about who has access to the technology and whom the technology is serving.

There is also a danger that fluid networks will siphon off funding from more fundamental terrestrial infrastructure, a particular concern in parts of the developing world where existing health systems are poor.

Remote sensor systems tend to focus on specific disease targets. This narrowed, hotspot approach to disease has countervailing effects. It sidelines social and ecosystem complexity and often leaves out the broader health contexts, relegating endemic problems as coldspots. The anthropologist Paul Wenzel Geissler has described this fractured public health landscape as an “archipelago.” The networks sustained by tech innovations produce ephemeral islands of expertise that may have little engagement with the world beyond their confines.

Novel surveillance technologies are certainly transforming health, and will continue to do so, offering innovative solutions to disease challenges. Soft tech, such as smartphone software, is likely to be overshadowed by transformative hard tech: robotics, artificial intelligence, and machine learning. At the same time, we should be alert to the profound changes that these technologies are bringing. As algorithms shape governance, citizens are reimagined as datafied subjects, and cash-strapped states delegate their operations to consortia with multiple and often contradictory agendas.

This year marks the centenary of the 1918-1919 influenza pandemic, a fitting time to reflect on the continued challenge posed to human health and global security by infectious disease. Today, we remain impatient for a future in which technology will be able to neutralize the potential for catastrophic futures.