China’s accession to the World Trade Organization in 2001 was greeted with great fanfare. But near silence has greeted the recent removal by the China Banking and Insurance Regulatory Commission of caps on foreign ownership of Chinese financial institutions. For Beijing, the apparent lack of interest might be an issue of too little, too late. 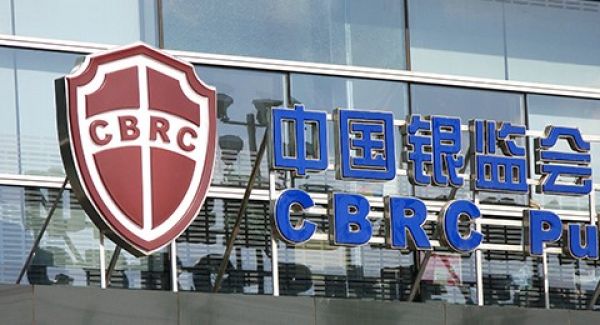 After an initial bout of media coverage, the subsequent reaction has been muted: no stock market reaction (certainly not positive) and a distinct lack of enthusiasm from foreign financial institutions about acquiring majority stakes in Chinese financial institutions. These foreign institutions have expressed a similar dearth of interest in increasing their business in China’s financial markets, worth about US$40 trillion in 2016. Surely, such access to the world’s second-largest economy would be a major milestone for the global financial economy. This article attempts to explain why such a ground-breaking initiative fell flat.

The first potential reason could be the announcement’s lack of clarity or precision, as this has been the case in previous instances, such as the contradictory announcements of China’s lifting of its “negative list” of banned foreign investment categories. This time, however, the message could not be clearer. The long-standing 20% limit on foreign participation in Chinese banks by a single entity (and 25% if joint entities) has been lifted with immediate effect. The same is the case for securities houses and insurers with the limit being raised to 51%.

The announcement was a way for the Chinese leadership to show it is still committed to financial liberalization and opening up. It also alleviated pressure from the U.S. government that had been building up under the Trump administration, though the U.S. had been lobbying China on financial services for many years.

The idea of being able to control a Chinese financial institution, even a bank, is probably more than what foreign players expected after so many years of disappointment since 2001. Foreign banks held RMB 2.9 trillion of assets in China at the end of 2016, about 1.3% of the total and the lowest share since 2003, China Banking and Insurance Regulatory Commission data show. While Goldman Sachs, HSBC, UBS, Citigroup, and the Bank of America had acquired strategic stakes in big Chinese commercial lenders in the early 2000s, they have since divested most of their holdings. The investments yielded significant capital gains but did not help foreign banks build business in China.

If clarity is not the problem, the answer may lie in the other side of the story: the foreign financial institutions. One can think of three reasons why their interest may have faded. The first and most obvious is that it has been too long a wait. After pleading with China for so long to lift its regulatory limits on foreign investment, the recent announcement might no longer be credible. In fact, the credibility of the Chinese government in terms of its reform agenda is certainly not at its highest from a foreign perspective. The position papers produced by the American and European chambers of commerce over the past few years are testimony to the growing disenchantment.

The idea of being able to control a Chinese financial institution, even a bank, is probably more than what foreign players expected after so many years of disappointment since 2001.

Secondly, foreign financial institutions’ aversion to risk has massively increased after the Global Financial Crisis, not only because bankers might have become more virtuous since the pre-2008 excesses, but also because of regulatory limits and a much higher cost of raising capital. The latter is especially important when understanding why foreign financial institutions may be reluctant to invest in their peers in China. A huge amount of capital is needed if one wants to have a decent market quota to compete with incumbents. This is truer in China than anywhere else, as the financial sector has grown hugely after years of massive asset growth. The still-expensive cost of capital for banks in the U.S. or Europe is clearly a deterrent to exploring growth in China’s financial market.

The third reason, and perhaps the most important, is how much more hostile China’s relations with the West have become since the beginning of this year. To understand the reason for such a development, one might need to go back to Trump’s visit to Asia in November, which was interpreted by most commentators as a milestone in the increasingly rapid transfer of power from the U.S. to China. Xi’s consolidation of power during the 19th Communist Party Congress as China’s leader for the foreseeable future did most of the work, but Trump also helped by failing to advance a clear agenda for the U.S. to articulate key national interests regarding China.

Against such a negative backdrop, Trump’s hurricane of trade restrictions started as early as February 7, with the introduction of import tariffs on solar panels and washing machines. Several other larger import tariffs have followed since, connected to China’s breaches of U.S. intellectual property rights.

China’s strategy so far has been to retaliate but the room to do so is narrowing, especially if the U.S. administration imposes the final batch of tariffs on US$200 billion worth of Chinese imports. In the absence of enough imports from the U.S. to retaliate, China will need to resort to other measures if it continues with its tit-for-tat strategy. A very obvious one could be to target U.S. investment in China, which cannot but discourage U.S. financial institutions from exploring acquisition opportunities in China. This is probably true for Europe as well, as its dependence on the U.S. market is clearly greater than its dependence on that of China.

The clarity of China’s announcement—at least compared with previous experiences—might not be coincidental. It may well reflect the immediate benefits that China’s financial sector could draw from opening up to foreign competition. In fact, after the massive growth of bank balance sheets and the accumulation of non-performing loans, Chinese regulators seem to prefer to have a more market-driven clean-up process than the one that took place in the early 2000s when a good chunk of public money was devoted to recapitalizing banks.

What the Chinese authorities were not expecting, though, is that foreign authorities would have lost their appetite for such a huge and seemingly appealing market.

This time around, the use of debt-to-equity swaps and, more generally, the massive securitization over the past couple of years point to the market playing more of a role in the restructuring of China’s banking sector after years of excess credit growth. In that regard, foreign players are probably much more welcome, not only as a source of expertise to manage distressed assets but even to help redistribute the risk, if not the losses.

What the Chinese authorities were not expecting, though, is that foreign authorities would have lost their appetite for such a huge and seemingly appealing market.  The reality is that they have. Firstly, one deterrent for foreign financial institutions toward acquiring stakes in their Chinese counterparts is high valuations. In addition, foreign banks would be wary of being forced into the “policy bank” role of executing state economic ideas that is often forced upon Chinese institutions. Most foreign banks are in a much weaker position in terms of raising capital to acquire a major stake in a Chinese financial institution.

In addition, Trump’s gyration from China’s friend to its enemy, of which the trade war is a good testimony, does not bode well for any U.S. investor operating in China. Financial institutions, being part of a heavily regulated sector, are in an even riskier position than other sectors as they depend on Chinese government actions and reactions to Trump’s increasingly obvious intention to contain China.

All in all, one should not be too surprised at the glacial silence of markets and foreign financial institutions to even a wholehearted opening-up of the Chinese financial sector. We probably all wish it had happened earlier, as a good deal of the current conflict we are in could have been averted.

Alicia García-Herrero is the chief economist for the Asia-Pacific at Natixis. She is also a senior research fellow at Bruegel in Brussels, and at the Elcano Royal Institute in Madrid, as well as an adjunct professor at the Hong Kong University of Science and Technology and HKUST Business School.