The US-China trade dispute is driving the rearrangement and diversification of supply chains through the Asia Pacific. With the impasse set to continue for some time and talk of decoupling on the rise, Asian countries should aim to deepen integration to limit the collateral damage to their economies, writes Vasuki Shastry, Associate Fellow in the Asia-Pacific Programme at Chatham House (Royal Institute of International Affairs) in London. 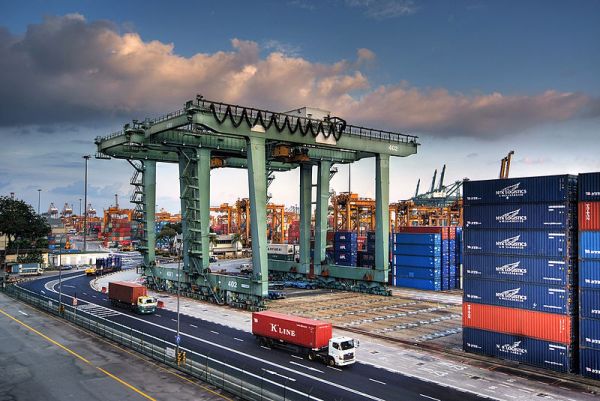 Singapore Foreign Minister Vivian Balakrishnan was speaking for the rest of Asia when he told a Washington, DC, audience last month that the protracted US-China trade tensions would have a profound impact on the region. “While we need to hope for the best, we need to also prepare for a period of increased volatility, potential slowing down of growth rates, and in the worst-case scenario, a major reordering of global supply chains” he warned. Balakrishnan also worried that the US-China stand-off would have ripple effects elsewhere, particularly in a failure to frame global rules of the road for the digital economy. “If this is not achieved, then you will end up with bifurcated supply chains, a bifurcated Internet. It will be a much less efficient world” he said.

The most startling aspect of the Singapore minister’s comment is not the hypothetical nature of his warning. Asia’s global supply chains, the heartbeat of the region’s economy, are splintering. One data point which grabbed my attention is the surge in Vietnam’s trade surplus with America, which on the face of it should be unexceptional given the country’s rapid trade integration and emergence as a low-cost manufacturing hub. (In January, Vietnam became the seventh of the eleven members of the Comprehensive and Progressive Agreement for Trans-Pacific Partnership, or CPTPP, to put into force the new free-trade, yielding immediate dividends from tariff reductions.) Vietnam is emerging as the favoured final assembly point in the Asian supply chain, a position held by China for the last three decades. One reason for this repositioning is labor costs – China’s are becoming prohibitively expensive for many companies and the diversion was inevitable. Another reason is toxic geopolitics, with many companies taking precautions and not wanting to be caught up in a protracted battle as Washington accuses Beijing over mercantilist trade policies and technology theft.

The global supply chain in Asia was a purely private-sector effort with little interference from politicians. The fact that companies are actively rearranging or diversifying their product assembly for blatantly political reasons is worrying. During the actual Cold War between the West and the Soviet Union, both sides traded very little (besides contentious grain shipments) and there was no American-led supply chain behind the Iron Curtain.

The US-China context is very different – both countries are inter-linked and inter-dependent to such an extent that any protracted trade battle will end up hurting both sides, with the region suffering deep collateral damage. Diversification of US supply chains is one thing; decoupling – now frequently invoked as a possible outcome – would be disruption on an unimaginable scale, enormously messy and expensive for both sides. China, in any case, is too integrated into the global economy – and its economic relationship with the US so broad and deep. For starters, they are each other’s top trading partner. China is the biggest holder of US treasury debt.

How this dispute plays out in the next few months will determine Asia’s economic future. The world’s most dynamic region has been caught up in geopolitical crossfire since America’s epochal political shift in 2017 away from globalization, investment, and trade (GIT, for short).

For the last five decades, the Asian economic formula has been built on four GIT pillars:

All of this is at risk because of the US-China stand-off, which originated as a technical dispute on how to scale back China’s burgeoning trade surplus and has since become a geopolitical contest between an incumbent and emerging power.

What can Asia do to stem this tide of ill-will? For one, countries like Singapore are doing the right thing by speaking up and telling Beijing and Washington that the dispute should be resolved amicably, and countries should not be forced to take sides. For many businesses, the nightmare scenario would see a splintering in the region’s supply chains into competing China and US-centric spheres of influence. With Google under pressure from Washington to stop supplying its Android operating system to Huawei, this worst-case situation may be an uncomfortable reality very soon. Two competing supply chains in the region will limit economies of scale, reduce product innovation and efficiencies, and force countries to make “invidious choices” between China and America, as Balakrishnan put it.

Asia could also take steps to boost domestic demand and consumption and gradually reduce its dependence on GIT as the dominant economic model. This is easier said than done in smaller countries who are heavily dependent on trade – Vietnam, Malaysia and Thailand are particularly vulnerable. Continent-sized economies like China, India and Indonesia are less trade dependent and have access to large domestic markets to tide over any disruption in trade and investment.

Some Asia boosters argue that this is the time for the region to stand on its own feet. They point out that intra-Asian trade is expanding fast and that the region over time will be able to become a source of global demand, the traditional role played by the fabled American consumer.

This is fanciful talk for two reasons. First, much of the growth in intra-Asian trade is because of the robustness in the region’s supply chains. Malaysian components make their way to China for final assembly of the iPhone. Without this factor, it is an open question whether the region will see much growth in trade. Second, despite having Confucian values of thrift, Asians are proving themselves to be profligate consumers. They are not yet on the scale of Americans and perhaps will never be. To think of Asia suddenly emerging as a source of global demand to absorb any damage caused by the US-China impasse is at best an aspiration for the future.

In the end, Asia’s very openness makes it extremely vulnerable to tectonic shifts in the global economy. With the real possibility that the tensions between China and America could escalate further and run even into the next administration in Washington, the solution for the region – South, Southeast and North Asia – is clear: Countries must deepen integration to insulate themselves against what looks to be a prolonged heated battle between the two biggest economies in the world.