Hostile encounters in the South China Sea have not only stressed relations between Beijing and Manila but also caused societal ruptures within the Philippines, writes Aaron Jed Rabena of the Asia Pacific Pathways to Progress and the Philippine Council for Foreign Relations. Members of the Chinese-Filipino community have called for dialogue and diplomacy to smooth over bilateral relations but have been branded by some in the Philippines as Chinese first and Filipino second. 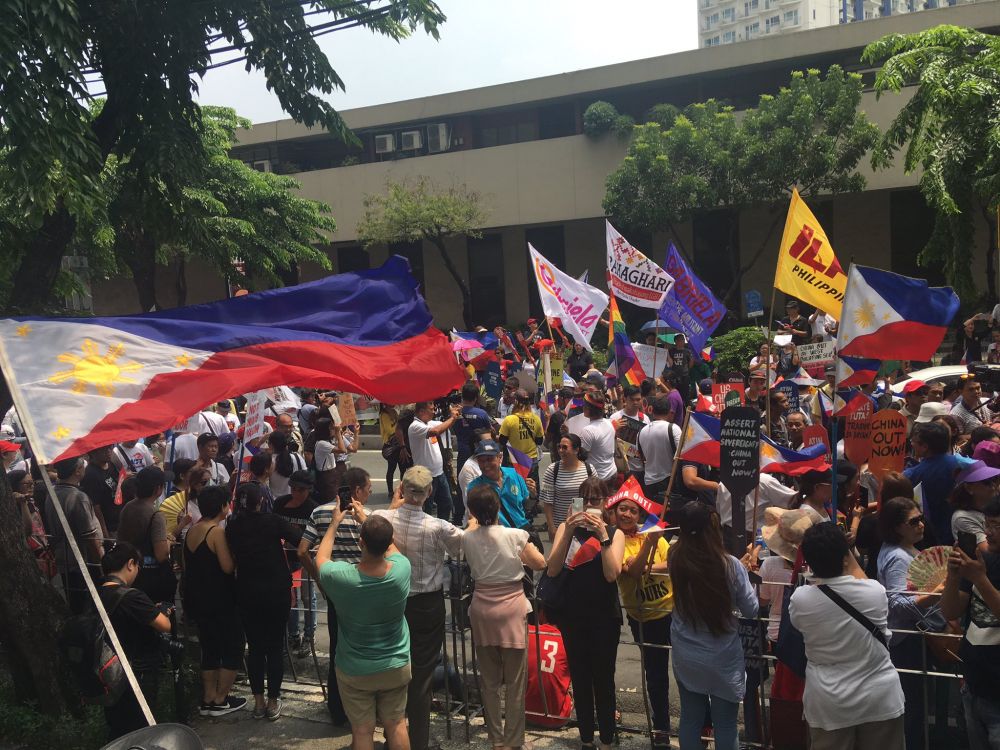 Maritime madness: Anti-China protest outside the Chinese embassy in Manila on July 12, 2019, the third anniversary of the arbitral ruling on the South China Sea that supported the case of the Philippines (Credit: @ayeemacaraig on Twitter)

In the context of maritime tensions over the Whitsun Reef in the South China Sea (SCS) which was swarmed by more than 200 Chinese fishing vessels in March, another flashpoint seems to be emerging – but within Philippine society. Amid fears that there will be a redux of the 2012 Scarborough Shoal standoff and a reoccurrence of China’s reclamation and militarization of maritime features in the SCS, various quarters in the Philippines have publicly objected to China’s actions. Indeed, most Filipinos see China in a very poor light and by extension, many view President Rodrigo Duterte’s policy towards Beijing as too accommodating.

In the wake of the incident at the Whitsun Reef (known in the Philippines as the Julian Felipe Reef), a trilingual (Chinese, English and Tagalog) weekday night news program produced in a partnership between major broadcaster ABS-CBN and Chinese-language service Chinese News TV (CNTV) was cancelled. ABS-CBN, known for its critical coverage of the SCS issue, was nonetheless accused of peddling Chinese propaganda.

CNTV’s production company, Horizon Sun Communications, was the same group that produced the controversial music video “Iisang Dagat” (“One Sea”), a tribute to Sino-Philippine cooperation during the pandemic, which also drew flak from the public. On its website, CNTV had said that it aimed to promote Filipino-Chinese culture, keep the public updated on current events in the Philippines and overseas, and support the Belt and Road Initiative (BRI), China’s signature foreign economic policy program. CNTV also features shows highlighting the activities of the Chinese embassy and consulates around the country and the engagements of the Chinese-Filipino community with groups and associations in China.

For its part, ABS-CBN argued that discrimination against any group ought to be avoided and not conflated with national security matters. Others noted that what ABS-CBN did was legal under the Constitution, which guarantees the freedom of the press. After the controversy erupted, in an effort to control the damage, CNTV was instead referred to as “Chinatown News TV” and mentions of the BRI on its website were deleted. 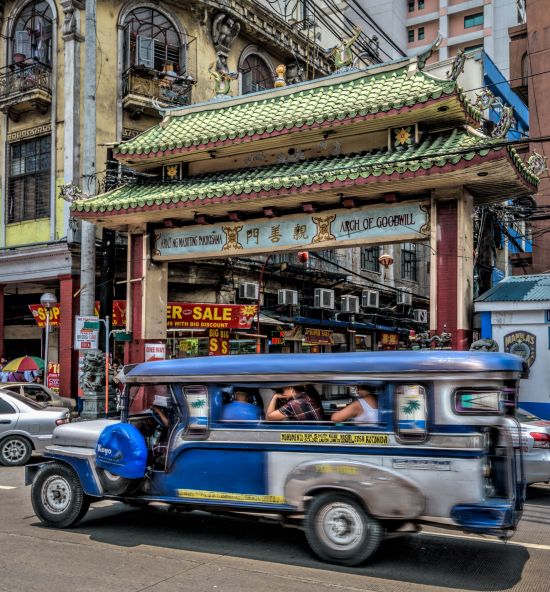 Anti-Chinese sentiment in the Philippines

Against this backdrop, fault lines are somehow being drawn in Philippine society. In its animus against China’s behavior on the SCS, some members of the public appear to be tapping into a deeper anti-Chinese sentiment or Sinophobia that has roused latent racial prejudice against the Chinese-Filipino community. Two reasons may account for this:

First, some Filipinos, like in many other countries, still find it difficult to distinguish between ethnic Chinese Filipinos and mainland Chinese. A recent example of this was when, at the height of the Covid-19 pandemic, Filipinos of Chinese descent were profiled as possible carriers of the virus largely because of their physical appearance and names. This was not unlike what has happened in many other countries, notably the US, where reports of hate crimes against Asian Americans have increased sharply.

Second, the allegiance of ethnic Chinese Filipinos has come under question, with some among the public claiming that the community has remained silent on the SCS issue. The accusation is that Chinese-Filipinos will not fight a war for the Philippines and that they consider themselves Chinese first and Filipino second. Other negative narratives have also done the rounds – one contending that Chinese-Filipinos tend to marry only within their ethnic group.

In response, the Chinese-Filipino community, led by the Federation of Filipino-Chinese Chambers of Commerce and Industry, have stressed their historical role during the Philippine wars of liberation against Spain, the US and Imperial Japan, and their economic and philanthropic contributions to the nation through their businesses and foundations. This contribution is the result of their harmonious integration into Philippine society.

Among the Chinese-Filipino community, there is a broadly accepted belief that a constructive rather than confrontational approach in managing differences with China is the way forward, which is why many members choose to act as bridges between the Philippines and China, facilitating cooperation including commercial deals and people-to-people exchanges. Chinese-Filipino business groups have also extended humanitarian and financial assistance to Filipino fishermen who survived a boat collision incident in 2019 involving a Chinese fishing vessel.

By supporting better economic and social relations, many in the Chinese-Filipino community recognize that such efforts would generate more economic opportunities for Filipinos and foster better understanding between Filipinos and Chinese, which in turn, could contribute to improved bilateral ties and mitigate political risk for companies doing business between the two countries.

The Chinese-Filipino community, however, while influential, is a small fraction (1.5 percent) of the population. The majority of Filipinos tend to have a great affinity for the US and confidence in the American geopolitical position and strategy. Philippine social attitudes on the SCS issue escalated during the presidency of Benigno Aquino III from 2010 to 2016 when anti-China protests were staged in the Philippines and by Filipino communities around the world because of heightened tensions over the SCS. A 2016 ruling by the tribunal sitting in the Permanent Court of Arbitration in the Hague rejected China’s claims in the SCS, supporting the case made by Manila. Beijing has refused to recognize the judgement.

During the Aquino administration, there were alleged plots to bomb the Chinese embassy and a construction company which employs Chinese workers, with the plotters supposedly wanting to defend Philippine sovereignty. Members of the public also vented their frustrations by denouncing what they viewed as the monopolistic business practices of Chinese-Filipino companies. In 2014, the Chinese embassy even issued a travel warning to Chinese citizens due to threats to their safety and that of their businesses.

To be sure, anti-Chinese sentiment has simmered in the Philippines since the Spanish colonial period when the native commercial classes regarded ethnic Chinese merchants and traders as threats to their economic livelihood and social mobility. At times, Chinese were prevented from owning land and were “steered” to reside in certain districts of Manila, which developed into a Chinatown. While there have been racial tensions in the past (though generally not to the same magnitude as in Indonesia or Malaysia), the situation now is different, as the central driver of disaffection among Filipinos for ethnic Chinese fellow citizens has been the SCS issue. Worsening matters is the widespread but erroneous perception that the emergence of “Philippine offshore gaming operations” or online gambling catering largely to Chinese customers is an attempt by China to add domination of the economy and society on top of its maritime ambitions. 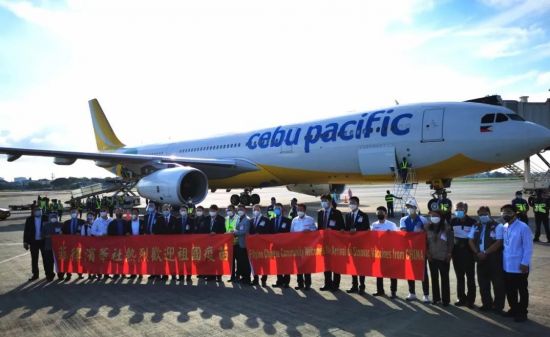 Vaccine diplomacy: Representatives of the Chinese-Filipino community welcome the arrival in Manila of a shipment of Sinovac Covid-19 shots from China (Credit: @China2ASEAN on Twitter)

What the Philippines is experiencing is similar to what is happening in Australia and the US where ethnic Chinese communities have been stigmatized not only because of Covid-19 but also because of national security concerns due to their governments’ growing political conflicts with Beijing. Despite this, however, the Philippines has not yet witnessed racial attacks against ethnic Chinese such as those that have occurred in Malaysia, Indonesia and some other Southeast Asian countries in the past. In Vietnam, after the 2014 standoff with China over an oil rig in the SCS, protesters attacked and looted dozens of Chinese-owned factories, leading to the deaths of 16 Chinese nationals. This was sparked by the 2014 China-Vietnam oil-rig standoff in the SCS.

The first batches of Covid-19 vaccines administered in the Philippines came from China courtesy of Beijing’s vaccine diplomacy. It is not yet clear if this has persuaded Filipinos to moderate their views on China and the SCS. President Rodrigo Duterte himself acknowledged that the US donation of millions of Johnson & Johnson and Moderna vaccines in recent months persuaded him to restore the Visiting Forces Agreement with Washington, a move which bolsters the American strategic presence in the sensitive region.

Meanwhile, if tensions on the seas continue, this will likely fuel the divides at home and cause Filipinos to be skeptical and suspicious of Chinese-funded projects and public diplomacy. These will include initiatives of the Chinese-Filipino community to engage with China.

The social divide between competing interests and business groups over the right approach to China could widen further as other sectors or communities come out in support of one side or the other. This could amplify longstanding inter-elite competition and fuel contending narratives aimed at influencing public opinion and mobilizing support – through public and private channels – for politicians and bureaucrats who share the interests and ideals of the respective sides. 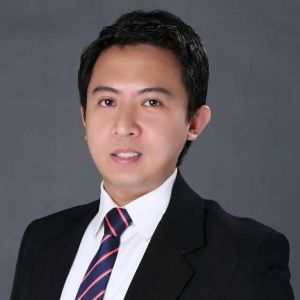 Based in Manila, Aaron Jed Rabena is a research fellow at Asia Pacific Pathways to Progress and a member of the Philippine Council for Foreign Relations. His areas of interest include strategic studies, East Asian geopolitics and multilateralism, political risk, and Chinese politics and foreign policy.