Rethinking US Alliances and Partnerships as Insurance Contracts

The strategic competition in East Asia between the US and China is prompting countries in the region to rethink their relationship with the US. Rohan Mukherjee of Yale-NUS College in Singapore argues that the shift of focus from deterring a China threat to managing a China risk means that alliances and partnerships with the US should be viewed as insurance contracts to hedge against the uncertainties of Beijing’s growing power and influence. 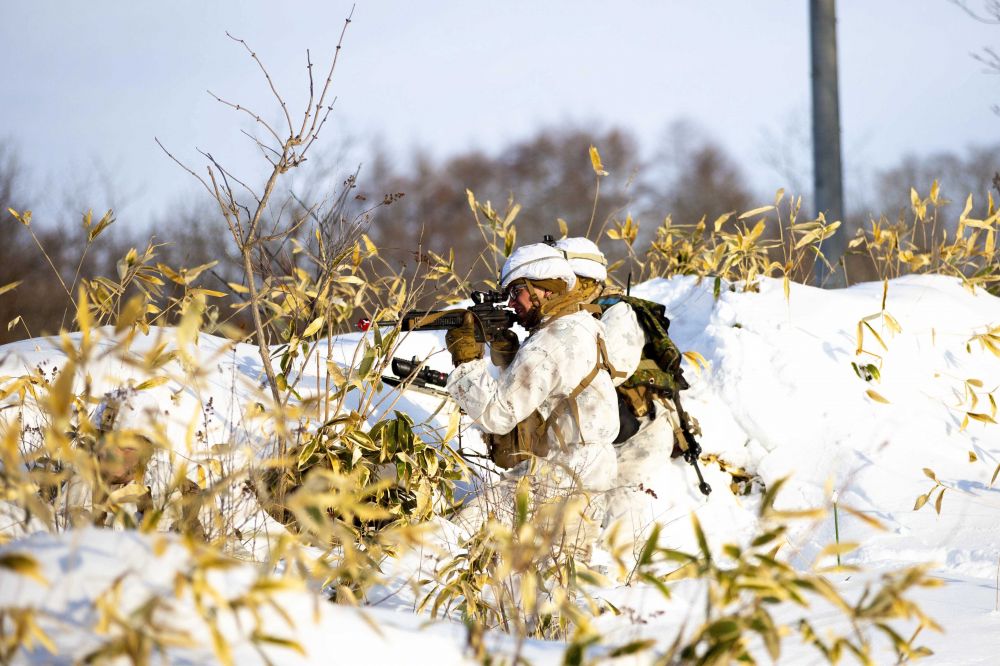 American marines in military exercises in Hokkaido, Japan, February 2020: China's rise is prompting a rethinking of the nature of US alliances in East Asia (Credit: US Marine Corps Lance Cpl Jackson Dukes)

Last November, the US State Department released a report titled A Free and Open Indo-Pacific: Advancing a Shared Vision. In it, Secretary of State Michael Pompeo declared, “The United States, our allies, and our partners are at the forefront of preserving the free and open regional order.”

In the three months since, South Korea has signed a defense agreement with China; Malaysia has begun rolling out its 5G network using Huawei equipment; and, most recently, President Rodrigo Duterte has ordered the cancellation of a foundational agreement allowing US forces to operate freely in Philippine territory.

Such decisions reduce the US ability to operate effectively in the region and give China a greater strategic foothold. These countries are also not outliers. A 2019 survey of policy elites in the 10 ASEAN countries found that 47 percent of respondents had little or no confidence in the US as a strategic partner, while 30 percent had some confidence and only five percent had full confidence.

How is it that the US, with its declared commitment to openness, freedom of navigation, and the rule of law, appears to be losing ground to an authoritarian state pursuing “predatory economics” and expansive territorial claims? At least part of the answer lies in the changing role of alliances and partnerships in the post-Cold War era.

From deterring threats to managing risks

Scholars conventionally agree that states form alliances to aggregate their military and economic capabilities against specific threats. This understanding made sense for the 20th century, especially during the Cold War, when specific threats were clear and present. Alliances were also easier to maintain because economic ties were far denser within blocs than between them. It was easier for the US to demand loyalty and strategic coordination when both economic and security relations overlapped.

In the post-Cold War world, China’s emergence as a major economic power plugged into globalized markets and supply chains has changed the geopolitical terrain. China is now less a threat and more a risk to countries in the Indo-Pacific. States benefit a great deal from economic relations with China, but are simultaneously wary of China’s military advancement, hegemonic ambition, and territorial claims. Alliances and partnerships are thus less useful as binding mutual-defense pacts than as insurance contracts that can help manage the uncertainties of China’s rise.

Levels of risk and types of insurance

Thinking of alliances and partnerships as insurance contracts creates room for systematically differentiating the needs of various states with regard to American power. Risk can be thought of as the expected value of harm, and the level of risk a country faces is a function of two factors: the probability of harm and the magnitude of harm.

Assuming that country X, in seeking a US alliance or partnership, has some conflict of interest with China, the probability of harm to X depends on how much China values the issue at stake. In other words, how likely is it that China would resort to military or economic coercion to have its way on the issue? The magnitude of harm, on the other hand, depends on how much X values the issue at stake. This is not the probability of X using coercion, because to do so would be fruitless against a far more powerful state. Rather, it is a measure of what X would lose in a conflict with China

Putting these two factors together in a simple matrix gives us four types of cases requiring different types of insurance. Each of the countries below is either a US ally or strategic partner in the Indo-Pacific. 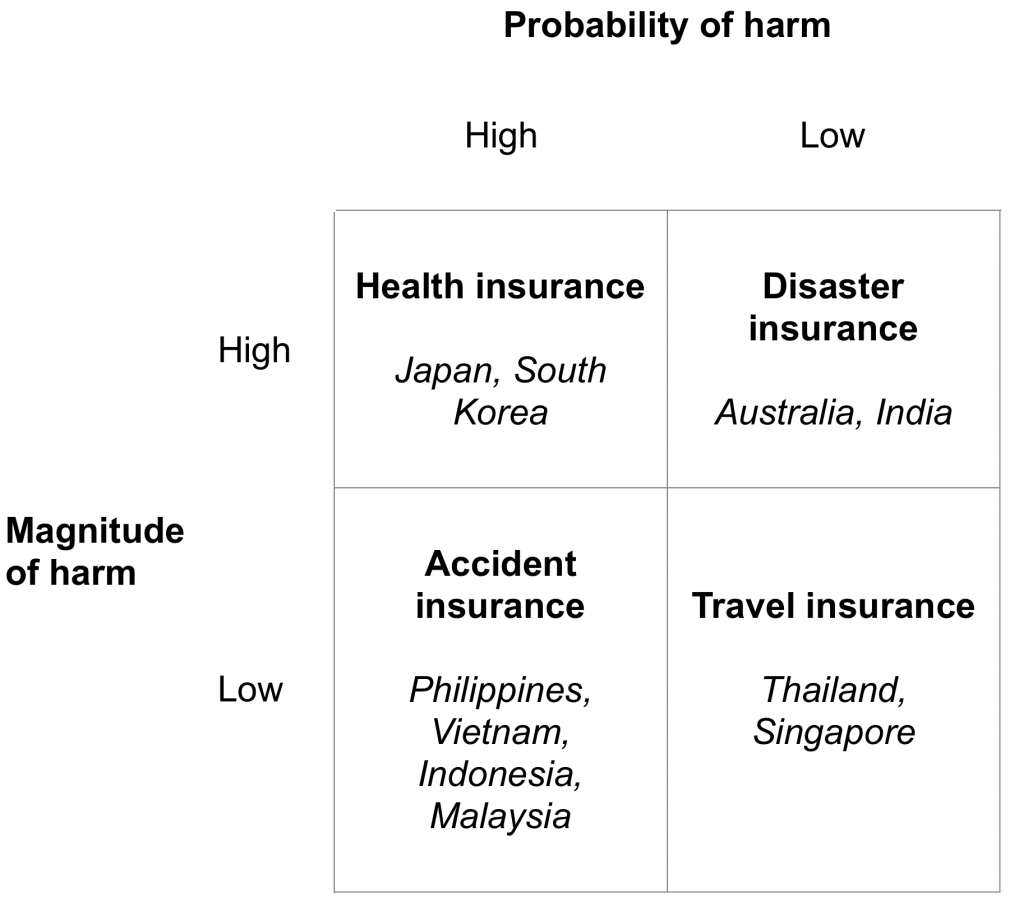 In the top left quadrant are Japan and South Korea, countries that are engaged in high-stakes conflicts of interest with China (and with each other). Geographical proximity, historical memory, and the role of North Korea ensure that decision-makers in Beijing place great value in their conflicts of interest with these two countries and would be willing to use coercive tactics to secure their interests.

Japan and Korea also have a great deal to lose in a conflict with China. At stake are fundamental issues of sovereignty, national identity, and the security of their people. Thus, Japan and Korea expect their relations with China to involve both a high probability of harm and a high magnitude of harm. Their level of risk in the Indo-Pacific is the highest and, in insurance terms, is akin to having a chronic health problem (perhaps with a pre-existing condition).

In the bottom left quadrant are the Philippines, Vietnam, Indonesia, and Malaysia, countries that are engaged in high-stakes conflicts of interest with Beijing in the South China Sea (SCS). Since 2009, China has claimed its “nine-dash line” as a core issue of sovereignty, and Beijing’s “gray zone” tactics in the region suggest that it would be willing to use coercion to maintain its territorial claims. The probability of harm to the claimant states is high.

The magnitude of harm, however, is not as high relative to Japan and Korea. At issue for the claimants are islands that are not part of their core territory. Losing these islands would certainly hurt economically and wound national pride, but it would not fundamentally jeopardize the sovereignty or security of these countries. The level of risk these countries face is lower than Japan and Korea and akin to needing road accident insurance. Even if these countries are “careful drivers” in the SCS, which they are often not, the risk often originates in the reckless actions of other drivers.

In the top right quadrant are Australia and India, countries that are engaged in relatively low-stakes conflicts of interest with Beijing. China seeks to expand its economic footprint in Australia and is leery of Australia’s closeness to the US. China’s long-running border dispute with India is a potential flashpoint, but has been in a stalemate since at least the late 1980s. The likelihood of Chinese attempts at coercion over any of these issues with either country is low.

The magnitude of harm in the event of a conflict remains high for both countries. At issue for Australia is its independence and its relationship with the US, which, if tested and found wanting, would leave Australia geopolitically isolated. Were China to weaponize its economic relationship with Australia, the damage would be considerable. India too faces the prospect of significant (territorial and other) losses in a contest with China, particularly given Pakistan’s role in the Indian subcontinent as China’s all-weather friend. Australia and India’s need is akin to natural disaster insurance. China is an unpredictable antagonist that can do significant damage but is unlikely to do so in the near future.

In the bottom right quadrant are Thailand and Singapore. Neither country is involved in a high-stakes conflict of interest with China. Beijing is, at best, concerned with the role of both countries as influential ASEAN members that occasionally cause diplomatic embarrassment. Neither country is a claimant in the SCS. Although Bangkok is Washington’s ally, it has increased military exchanges with Beijing following Thailand’s 2014 coup. The probability of harm to either Thailand or Singapore from China remains low.

The magnitude of harm each country can expect from Chinese coercion is also relatively low. Compared to Australia, their trade is less vulnerable to disruption, being diversified across a number of Indo-Pacific countries. Beijing’s growing influence among ethnic Chinese in Singapore and Thailand concerns their respective governments, but does not fundamentally threaten state security. Singapore and Thailand face the lowest level of risk among US partners and allies. Their need is akin to travel insurance, a contract that ensures against general unexpected adversity and that is customizable in terms of components and duration of coverage.

Reimagining alliances and partnerships as insurance contracts highlights the errors of Washington’s ways in the Indo-Pacific. The assumption that states feel threatened by China is mistaken. States see China as a risk to be managed using relationships with Washington. This means that unlike the Cold War, allies are less willing to bind themselves to American geopolitical projects. The likelihood of inviting Chinese retaliation, as South Korea experienced over the deployment of Terminal High Altitude Area Defense (THAAD) missiles in 2017, is high. At the same time, states seek US diplomatic and military cover in the event that relations with China turn sour. Manila announced a review of its defense treaty with the US in December 2019, specifically to probe if it would cover Philippine interests in the SCS.

States vary in terms of the level of risk they face, and are therefore in need of different types of insurance contracts. The type of insurance also affects the size of the premium a country can be asked to pay and the extent of coverage the US must offer. Demanding that Japan and Korea pay higher premiums for what is essentially an existential risk, without a commensurate increase in security coverage, betrays weak business acumen and counter-productive alliance politics.

Differentiating states by risk profile can also help the US rationalize its commitments. Washington can focus on helping those in need of health insurance (Japan and Korea) avoid crises, while encouraging those in need of travel insurance or even disaster insurance to manage more of their own risk. Those lower down the risk ladder can afford to do more because the risk they face is either relatively low or manageable. For SCS claimants in need of accident insurance, the US can focus on helping craft better rules of the road to minimize the risks of inadvertent escalation in the South China Sea.

Finally, the Trump administration in particular should remember that the US is not the only insurer in the market. Some countries such as Cambodia have already switched providers. Pushing allies at high risk too hard makes the US itself a source of risk, and can cause allies to gradually diversify their insurance portfolios as well. 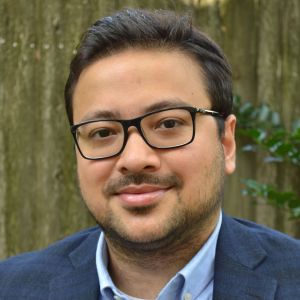 Rohan Mukherjee is an assistant professor of political science at Yale-NUS College in Singapore. His research focuses on the grand strategies of rising powers and their impact on international security and order with an empirical specialization in South Asia and East Asia.