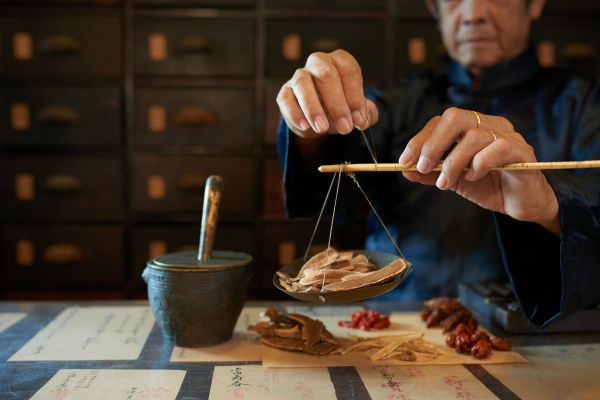 Western medicine has been the main driver of modern healthcare systems, but a recent global resurgence of interest in traditional Chinese medicine raises the question: How do we sustain international medical standards?

Across the globe, TCM is making a comeback. Beyond China, Singapore has been at the vanguard of support for Chinese medicine, with Prime Minister Lee Hsien Loong a longtime backer. The Ministry of Health makes grants to TCM research of up to S$750,000 per project.

An example of TCM’s contribution to modern science is the prize-winning isolation and extraction of artemisinin, a leading anti-malarial drug, from qinghao, an herb that has been used in TCM for centuries.

But because TCM is widely seen in the West as an ancient medicine, the core principles of which were formed during the pre-scientific era, it is often challenged by modern science.

The most common concern raised in the West is the issue of possible side effects, among them, the renal toxicity associated with phytochemicals commonly found in aristolochiaceae – a commonly prescribed herb. But what the West may not know is that the development of modern-day TCM is guided by stringent research and requires a code of ethics and clinical trials for presenting results.

Take Hong Kong. Since 2015, the Hospital Authority (HA) has been organizing the Chinese Medicine Research Practical Program at its centers to enhance practitioners’ competency and capacity for evidence-based practice. Since 2017, the Integrative Medicine Clinical Evidence Portal at the Chinese University of Hong Kong has been gathering studies around the world to provide practitioners with a resource for evidence-based usage and practice. The Government Chinese Medicines Testing Institute of the Department of Health in Hong Kong is collecting more than 3,000 authoritative physical specimens and data for the Chinese Medicines Herbarium, while the Hong Kong Chinese Materia Medica Standards project has compiled nearly 300 standards.

Hong Kong researchers are also making groundbreaking progress on herb-drug interaction. In March 2004, the HA opened the city’s first Toxicology Reference Laboratory, which specializes in herbal toxicology and provides relevant consultation services to examine claims of herbal toxicity. They identified the need to distinguish idiosyncratic reactions, which are rare and unpredictable, from dose-related toxicity. For example, aconitum, a genus of flowering plants belonging to the family Ranunculaceae, may cause a dose-related toxicity, but other herbs like polygonum, a type of buckwheat, are toxic only to certain individuals. Both herbs, which are used in TCM, were originally thought to be toxic to everyone.

Simply put, herb-drug interactions are too complex to draw conclusions on the side effects they may produce: both Western medicine and Chinese medicine can cause side effects.

A renewed emphasis on Chinese medicine globally, while sustaining international medical standards, requires cooperation and collaboration between Chinese and Western medical practitioners. Without adequate support, practitioners or patients can only work with their own habits and beliefs. It takes confidence, based ideally on personal experience, for Western medical practitioners to allow their patients to be treated with TCM and to advise patients on their options.

TCM practitioners claim their treatment works better for some conditions – chronic illnesses, in particular – and Western medicine for others. TCM, which is known for being a personalized regimen, could improve the patient’s general health and help maintain wellbeing. Apart from relieving stress, managing pain, and improving sleep and immunity, TCM is also used for reducing the need for medication, restoring menstrual cycles, helping cancer recovery or stabilizing patients during chemotherapy, and treating diseases like chronic arthritis, infertility, anxiety or depression.

Meanwhile, Western medicine is more suitable for diagnosing serious problems, such as cancer. TCM practitioners, however, believe diagnosing body states with syndrome differentiation, which is the comprehensive analysis of clinical information gained through observation, listening, questioning and pulse-taking, opens up more treatment avenues. TCM, which is said to effectively address deficiencies, is particularly useful for identifying weariness that is often associated with mental dysfunction.

Still, policymakers should be careful to opt for Chinese-Western medical collaboration that is evidence-based. The rationale for joint treatment programs has increased a lot with improving methodology and collaboration between expert centers, as TCM research methodology is gradually being accepted in top mainstream medical journals, such as the Annals of Medicine.

Hong Kong’s administration has endeavored to give TCM a wider audience through integrative practices. The HA’s Integrated Chinese-Western Medicine Pilot Program has been carried out in Western medicine hospitals for the use of Chinese medicine in three common conditions: pain, stroke and cancer.

An Integrative Joint Organizational Platform, funded by the Innovation and Technology Commission of Hong Kong, started with a general survey of Western and Chinese medical practitioners, and multiple-stage interviews with medical experts and leaders to collect views on practicalities and ideas on policy and system. For common community diseases amenable to collaborative practice, management needs to establish a strategic clinical framework, a collaborative mechanism acceptable to doctors and practitioners.

But during the second phase of IJOP, systemic reviews will be needed and clinical evidence-based research should be designed. Education with discussions on themes of mutual concern will help, and the exploration of alternate applications of both therapeutic strategies should inspire Western and Chinese practitioners. Facilitating the build-up of a collaborative environment and system for Chinese-Western medicine is the goal, and it will in time prove to be beneficial to public health and to reducing the costs of primary care.

Ekor, M. (2013/4) “The growing use of herbal medicines: issues relating to adverse reactions and challenges in monitoring safety”, Frontiers of Pharmacology, vol. 4, issue 177.