Restoring Forests the Natural Way: The Best Bargain Ever

Deforestation lets countries develop economically through commodity production, mining, and infrastructure-building, but makes many previously forested areas unsuitable for people and animals. The solution to this isn’t reforestation—it’s natural regeneration. Nature is our best ally and business partner. 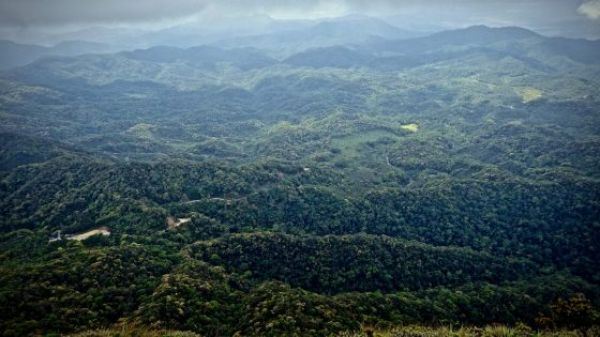 But reforestation by tree planting is not a panacea. Tree cover gain through commercial tree plantation has come at the expense of natural forest cover, and most of the reforested areas are dominated by single species of trees that are exotic to the region. Tree planting is costly (often exceeding US$1500 per hectare), and single-species plantations provide limited value for wildlife and have unintended environmental and socio-economic consequences. Tree planting for forest restoration utilizing mixtures of native tree species provides far greater environmental benefits.

Fortunately, tree planting is not the only way to reforest barren land. Through natural regeneration, nature’s own powers can help reverse the pervasive effects of deforestation, forest disturbances, and land degradation. The process of natural forest regrowth enables recoveries from landslides, volcanic eruptions, floods, tsunamis, and fires. This same process can be harnessed and assisted to restore forests cleared for timber or converted to farms, oil palm plantations, and grazing lands, which has been the fate of over half of the world’s forests. Nature is our best ally and business partner for climate change solutions, many of which rely upon carbon storage in existing forests and in future forests formed by natural regeneration and active tree planting.

Harnessing the Power of Nature

Natural regeneration can begin in three ways. First, it can occur spontaneously, without any human intervention. Second, tree establishment and persistence can be assisted through weeding, fire prevention, attracting seed dispersal, excluding grazing animals or excessive harvesting, or enrichment planting of ecologically or economically important plants. Third, tree regeneration can be initiated and managed by farmers as an agroforestry practice based on the protection and management of rootstocks and seeds already present in the soil, leading to more productive and drought-resilient farming systems.

Reforestation by tree planting is not a panacea.

These three approaches provide many options for leveraging the power of natural regeneration to help recover lost but critically needed properties and functions of forests, such as protection for native species of flora and fauna; regulation of water quality and flows; recovery of soil fertility for sustainable agriculture and agroforestry; long-term carbon storage; and sustainable harvesting of timber and non-timber products. Compared to active tree planting approaches, natural regeneration can be more effective in conserving native biodiversity and storing carbon for a much lower implementation cost. It is the bargain of the century.

Within the Asia-Pacific region, priority areas for natural regeneration are abandoned logging roads, steep slopes with marginal agricultural production, shifting cultivation fallows, and buffer zones of forest reserves where areas may be protected from fires and overharvesting. Extensive forest areas are undergoing natural regeneration, recovering from clear-cutting and selective logging, in Jianfengling and Bawangling Forest Reserves in southwest Hainan Island, China. Since 1994, the National Natural Forest Protection Project has banned deforestation on the whole island and other regions of China to protect and restore degraded forests.

In some cases, such as in Indonesia and Malaysia, young, naturally regenerating forests (also known as secondary forests) are legally classified as degraded land, promoting clearance and replacement with commercial agriculture or oil palm plantations. Regenerating forests tend to be very short-lived as they lose ground to other land uses that provide greater short-term income. Forest policies that promote commercial forestry and agriculture policies that eliminate shifting cultivation create further disincentives for natural regeneration.

In many countries, such as China and the Philippines, strict logging bans prohibit the harvesting of trees from natural forests, including regenerating forests. Such policies can have two perverse consequences: (1) displacing deforestation to other regions or countries where regulation may be lacking or poorly enforced; and (2) rendering selective harvesting and management of naturally regenerating forests illegal. The legal status of young, regenerating forests makes them prone to government overregulation, which tends to restrict traditional forest use by local populations. Lack of land tenure and user rights for farmers further reduces the economic benefits they could receive from spontaneous or assisted natural regeneration.

In Asia, reforestation of deforested state land favors commercial objectives, and budgetary allocations drive demands for high-cost forestry plantations. Natural regeneration competes poorly with financial benefits from locally consumed agricultural crops, export crops, and monoculture forestry. Outside protected areas and nature reserves, natural regeneration is likely to occur only on land with little or no commercial value for agriculture or forestry, such as steep slopes or areas far from roads and markets.

Nature is our best ally and business partner for climate change solutions.

Solutions are being developed, however, and pressure is building to modify government regulations to allow smallholders to gain tenure rights and benefit from assisted and farmer-managed natural regeneration. Carbon markets and government programs for payments for environmental services encourage natural regeneration in China and Australia. China, Nepal, the Philippines, and Vietnam have developed supportive policies for forest management that encourage forest restoration, including assisted natural regeneration, with a shift from state control to community-based management. Growing evidence shows that policies that place control of forest management in the hands of local communities lead to more effective conservation and restoration of forest areas.

The Time Is Now

Chazdon, Robin L., and Manuel R. Guariguata. "Natural Regeneration as a Tool for Large-scale Forest Restoration in the Tropics: Prospects and Challenges." Biotropica 48, no. 6 (2016): 716-30.

University of the Sunshine Coast

Robin L. Chazdon is a professor emerita in the Ecology and Evolutionary Biology Department at the University of Connecticut and a part-time research professor with the Tropical Forests and People Centre at the University of the Sunshine Coast. Her research focuses on tropical forest regeneration and forest and landscape restoration.