Renewable Energy Is Not Always Sustainable in Southeast Asia

The transition to renewable energy in Southeast Asia has been widely publicized and lauded, but a closer look reveals that non-carbon-intensive power sources can also cause damage and enhance inequalities. A more effective strategy would focus on reducing demand. 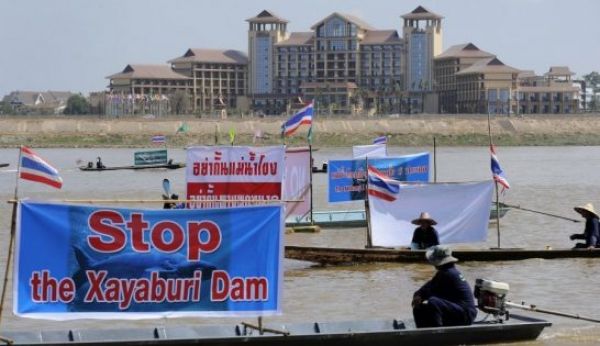 Energy has been in the global spotlight for some time, including in the fast-growing economies of Southeast Asia. While governments and media showcase the steps the region has taken toward greening its energy systems, the recent collapse of a dam in southern Laos brings to light some of the other facets of the energy transitions taking place in this part of the world. In particular, it lays bare the misapprehension of talking about energy transitions as a one-directional, apolitical process, rather than one that will see winners and losers across Southeast Asian countries and populations. The need to understand and steer energy demand is one of the key, and often underexposed, challenges in the region.

“Energy transition” is a buzzword in Southeast Asia. The International Energy Agency (IEA) has written that “rising energy needs and changing supply-demand dynamics are creating tough challenges for Southeast Asia’s policy-makers, but the energy transition is also opening up new affordable policy and technology options.” A recent report by the United Nations Economic and Social Commission for Asia and the Pacific highlighted “a series of gaps that must be bridged in order to achieve the energy transition.”

When Renewable Energy Can Spell Disaster

First, the common association of energy transitions with moves toward greener or renewable energy solutions masks the persistence of carbon-intensive fuel sources in the region. While new policies and initiatives on climate change mitigation and green economies tend to dominate the news, these trends distract from the fact that most of the primary energy in Southeast Asia comes from, and will continue to come from, fossil fuels.

According to the IEA, between 2000 and 2016, the share of oil, gas, and coal in primary energy demand in the 10 countries of the Association of Southeast Asian Nations increased from 68% to 74%. By contrast, demand for bioenergy (fuelwood, charcoal, and agricultural waste) shrank from 26% to 20%, while that for “other renewables” (hydro, wind, solar, and geothermal) stayed put at 6%. Even taking into account the Paris Agreement policy pledges, the IEA projects that the share of fossil fuels in the total energy used in the region will have increased by a few percent by 2040.

Second, this limited transition toward more renewable energy should not be confused with a transition toward sustainable energy. The line between these two types of energy may seem fluid at times, but it is very much present, as questions remain regarding some forms of renewable energy. The dam collapse in Laos is a case in point of a renewable energy project doing more harm than good. Even perfectly functional dams are highly contested, as they can cut off essential migration routes for fish, inundate agricultural land, displace communities, and concentrate economic and political benefits in the hands of a few.

Similarly, there have been concerns about, and local resistance against, biomass plants, wind turbines, and other renewables. Meanwhile, the space for protest and dialogues around what sustainable energy means for whom is shrinking, with countries like Thailand, the Philippines, and Indonesia veering closer toward authoritarianism.

Third, the drivers and impact of energy transitions vary across regions and in scales, possibly leading to new or exacerbated inequalities. The appetite for natural gas in Thailand, for example, has led to the development of large gas pipelines, which has in turn led to human rights violations in neighboring Myanmar. The hydropower boom in Laos is to a large extent dependent on demand from neighboring countries and financed, constructed, and operated by foreign investors and companies. It is often the case that more affluent end-users in urban areas are the ones benefitting from this new supply of cheap and stable energy, while the inhabitants of remote, rural areas pay the price. These rural dwellers usually have limited or no access to modern forms of energy, lacking both the infrastructure and the money. For them, urban-focused energy transitions can be disastrous.

The Insatiable Appetite for Energy

The proverbial elephant in the room drives much of this activity: the seemingly unstoppable growth in demand for energy underpinning the “need” for ever-bigger energy projects. According to the IEA, the demand for primary energy increased by 70% between 2000 and 2016, and is projected to increase by another 76% by 2040 if current conditions persist. These astonishing figures are often taken for granted. If this scenario comes to pass, the upper-middle class and elite in places like Bangkok, Kuala Lumpur, and Singapore would still be able to secure comfortable, air-conditioned lives. But those living in hinterlands and neighboring countries would suffer the bulk of the environmental, health, and social consequences of hydropower, coal, and perhaps nuclear energy development. Less well-off people in the cities would also suffer consequences, including frequent blackouts, higher energy bills, and climate change effects. Meanwhile, a few corporations and government-backed companies would reap the benefits.

The drivers and impact of energy transitions vary across regions and in scales, possibly leading to new or exacerbated inequalities.

What does this mean? For starters, the term “energy transition” should be used with caution. It is vital that we look carefully into what transition means and how it affects people in the region. This means not taking green economy discourses for granted, and assuming that renewable necessarily equates to sustainable for everyone. Furthermore, it is important to recognize the different contexts in which transitions take place. What might work in, say, Germany might not work in Vietnam or Indonesia.

Finally, a key point is to include the demand side in the energy transition equation, critically investigating the dynamics of this demand and how its growth can be tempered or even reduced. This involves examining the interplay of infrastructures, policies, companies, and lifestyles beyond the status quo. Letting go of the idea of a singular energy transition creates the ability to think more freely about alternative socio-technical opportunities to provide clean and sustainable energy that maintain, or even improve, the quality of life for all. 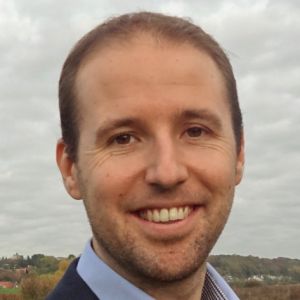 Mattijs Smits is an assistant professor at the Environmental Policy Group of Wageningen University & Research in the Netherlands. He researches and teaches in the ﬁelds of (renewable) energy policy and politics, environment, sustainability, (rural) development, and climate ﬁnance. During his academic and professional career, he spent extended periods living and working as a researcher and consultant in Southeast Asia, notably in Laos, Thailand and Vietnam. He holds degrees from four diﬀerent universities on three continents: a BSc and MSc from the University of Utrecht and Wageningen University, and PhD degrees from The University of Sydney and Chiang Mai University. He is the author of the book Southeast Asian Energy Transitions: Between Modernity and Sustainability (Ashgate).