Trolls for Sale in the World’s Social Media Capital

Before the world learned of Cambridge Analytica and Russian trolls, there was Rodrigo Duterte’s presidential campaign in the Philippines. Regarded as “patient zero” in our current era of disinformation, the Duterte campaign and the culture that made it possible provide valuable insight into the psychology of disinformation workers. 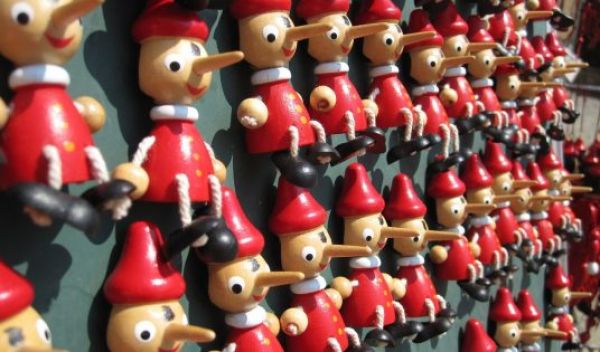 Following shocking revelations in the wake of the Brexit referendum and Donald Trump's election, the terms “fake news factories” and “troll armies” entered the global lexicon. But, months before this, the Philippines had already elected Rodrigo Duterte to its presidency. He was the beneficiary of a savvy campaign that was run largely out of social media, that many now regard as a harbinger of the tactics and phenomena that later came to global attention.

While mainstream media made it easier for Duterte's violent rhetoric and infamous rape jokes to reach audiences far and wide, it played but a small part in his campaign. Duterte's campaign machinery strategically focused on assembling bloggers, digital influencers, and fake account operators to tap into the public’s deep-seated anger—and convert these emotions into votes on election day. This was initially a cost-saving maneuver for an "outsider" candidate lacking extensive political resources, but it worked to great effect. This tactic owed much of its success to the fact that the Philippines is the world's "social media capital," with the average Filipino spending more time on social media than any other nationality.

Disinformation has long been normalized and professionalized within the Philippines’ creative industries.

This early case of weaponizing social media to hijack voters' attention and sow divisiveness has earned the Philippines the title of "patient zero" in the fight against digital disinformation—a moniker given by Facebook's global politics and government outreach director, Katie Harbath.

In our British Council-funded study, "Architects of Networked Disinformation: Behind the Scenes of Troll Accounts and Fake News Production in the Philippines," my co-author Jason Cabañes and I discuss in great detail how and why exactly the Philippines became patient zero. Based on interviews with authors of fake news and operators of fake accounts on Facebook, we argue that the illness is much older and deeper than Duterte and his campaigners. Disinformation has long been normalized and professionalized within the Philippines' creative industries, and its chief architects continue to put forward respectable faces while hiding in plain sight.

Survey-based studies and journalistic accounts have named and shamed Duterte's click armies as a way of challenging the chilling effects of state-sponsored trolling. While this focus is understandable in the context of a violent regime intent on sowing fear and quelling dissent, these studies often caricature disinformation producers as exceptional villains, and end up overlooking the system that entices people to become paid trolls in the first place.

We employed ethnographically inspired methods in interviews with disinformation producers and engaged in participant observation of Facebook groups over a period of 12 months. These enabled us to understand how political trolling actually operates as ordinary digital work, often taken on as a side project. While chief disinformation architects have day jobs as high-level advertising and public relations strategists, those who moonlight as digital influencers and fake account operators are digital marketers, call center agents, and even politicians' own administrative staff.

We argue that the short-term, project-based nature of troll work arrangements ultimately enables moral displacement. The architecture of networked disinformation, defined as the distributed labor of political deception of a set of loosely organized workers, provides a convenient structure for people to displace responsibility and project the stigma associated with the label of "paid troll" (bayaran) onto other people.

We were also struck to learn how disinformation workers create implicit rules for themselves and their colleagues to help them sleep at night­. These range from drawing moral boundaries ("In a flame war, I only poke fun at people's bad grammar. I will never slut-shame.") to affirming that they’re acting in accordance with their own beliefs ("If I don't really support the politician who’s hiring me, I pass the account onto someone I know who's a real fan."). There are even those who acknowledge the inauthenticity of their avatars (one staff member of a politician reported being peer-pressured into creating a fake account in the name of "team spirit" during campaign season).

Through discussions of workers’ social and financial motivations and moral justifications, we ultimately aim to shed light on the vulnerabilities in the political and media ecosystems that make political trolling a side job that’s hard to refuse.

We found that digital disinformation tactics did not begin with Duterte. They are the culmination of the most unscrupulous trends in the Philippines' media and political culture. For one, many techniques of disinformation used in politics now were first tried and tested in the marketing of shampoos and soft drinks. The difference, of course, is that seeded hashtags that aim for historical revisionism or drowning out dissent pose unfathomable dangers to our political futures.

Digital disinformation tactics did not begin with Duterte.

Second, we learned through the process of our research that it's actually an open industry secret which advertising and public relations agencies and strategists take on political clients. The question that follows is, when will the media and creative industries actually have a much-needed public discussion about professional ethics and the moral cost of digital propaganda?

Third, in partnership with an election lobbyist group, my colleagues and I are working hard to propose election regulations that encourage greater transparency and accountability in digital campaigns. We argue that it's important that politicians in the Philippines disclose the content and strategy behind digital campaigns that escape public visibility due to their micro targeting of audiences. This is a matter of urgent concern as a midterm election looms in May 2019. Preventing democratic backsliding depends on new interventions that require the collaboration­—and courage—of academics, civil society, the technology sector, and policymakers.

Jonathan Corpus Ong is an associate professor in global digital media at the University of Massachusetts Amherst, USA. He is the co-editor-in-chief of the journal “Television & New Media.” He is the founder of the British Council-funded Newton Tech4Dev Network (newtontechfordev.com) studying digital technologies in the Global South.