Palm Oil: A Case for Conciliation over Confrontation

Indonesia and Malaysia condemned the European Parliament’s 2017 decision to phase out palm oil from biofuel imports into the EU by 2030. As Reuben Wong and Ahvineesh Nanoo of the National University of Singapore argue, the Southeast Asian palm-oil exporting nations have logic on their side. Europe might have done better to conduct a more informal, consultative approach involving all stakeholders instead of a unilateral ban. The multistakeholder approach, they add, would have also avoided entangling efforts to promote sustainability with debates over trade protection. 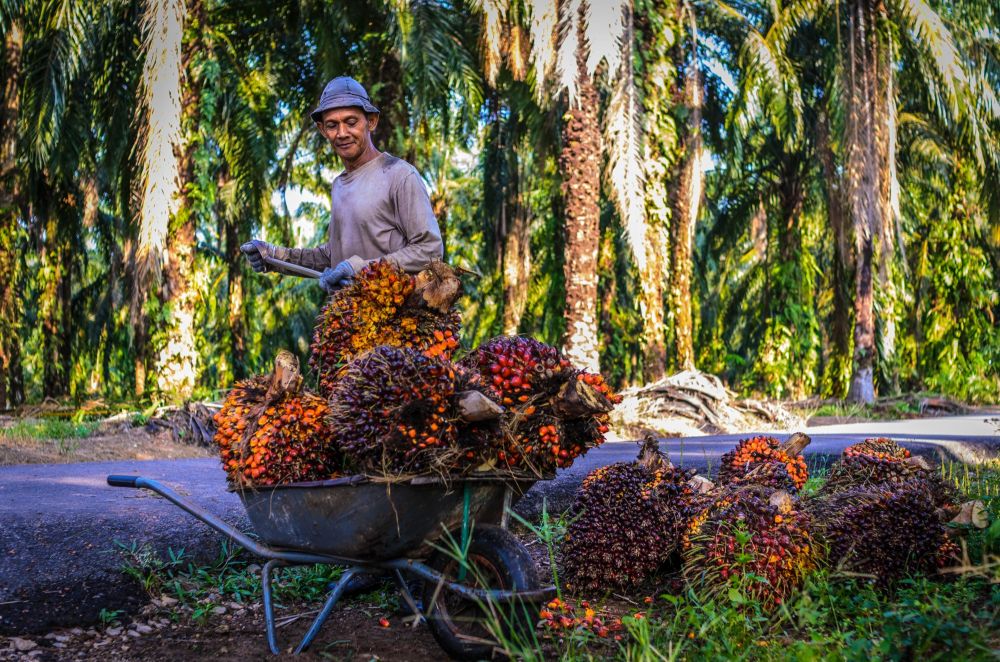 In April 2017, the European Parliament passed a resolution to phase out palm oil from biofuel imports into the EU. This was met with virulent accusations of protectionism and apartheid from Asia’s two main palm-oil exporters, Malaysia and Indonesia, which together account for an estimated 85 percent of world production. The European Parliament defended its decision as a move to combat deforestation, promote sustainable development and to reduce the high carbon footprint of palm-oil farming.

Palm oil is an edible plant-based natural oil derived predominantly from the mesocarp of the African oil palm fruit. Western governments in the 1980s and 1990s hailed palm oil as a “green” alternative to traditional biofuels, leading to a massive boom in production. Palm oil is present in about half of packaged products found on supermarket shelves, including both food and non-food items. With a plethora of domestic and industrial uses, palm oil is a highly versatile crop, a key reason for its steady popularity since the 1980s. Notably, palm oil has the highest yield per hectare among all biofuels. Its ability vastly to reduce land requirements has highlighted palm oil as a green alternative to traditional biofuels.

Palm oil, however, is also ridden with controversy due to the environmentally unsound farming practices of primary producing countries. Palm oil is a major cash-crop in Indonesia. Despite national legislation protecting primary forests and peatlands, large swathes of tropical forests were cleared using the “slash-and-burn” technique to meet increasing global demand. A lack of effective regulation has impeded the curbing of this practice despite efforts by local government. Critics blame the palm-oil industry for unprecedented forest fires and deforestation in palm oil-producing countries, rapid wildlife habitat destruction, and for causing catastrophic trans-border air pollution affecting the health of millions in Southeast Asia. The worst fires and air pollution crises (in 1997, 2013 and 2015) resulted in flight cancellations and school closures and affected the health of millions, costing billions of dollars in economic losses.

The EU, meanwhile, has been at the forefront of setting norms for environmental protection since the 1970s. In the wake of renewed global concerns for environmental protection and sustainable use of natural resources, the EU adopted the resolution to phase out and eventually ban biofuels derived from palm oil by 2030. It was hoped that this ban could significantly reduce demand for palm oil, slow down the rapid deforestation in palm oil-exporting states, and encourage sustainable practices in the farming of the commodity. While the EU’s efforts are well intentioned, it remains debatable whether such restrictions on palm-oil imports will bring more good than harm. The selective targeting of palm oil seems arbitrary when the farming of other commodities such as maize, soybeans and beef, which also require the clearing of forests, continues to be supported and unsanctioned. Other vegetable oils such as rapeseed and sunflower need even more land and resources for the same tonnage of oil production but are recognized by the EU as bona fide biofuels despite their higher carbon footprint.

Is the EU ban counterproductive?

Many third-party analysts have argued that an EU ban on palm oil is counterproductive because of the likely trade-distortion effects and the impact of the loss of EU markets for sustainable palm-oil production. They typically argue that Malaysia and Indonesia, as a result of being shut out of the EU, would be forced to look for alternative markets with lower environmental standards, such as India and China. They also point out that the resolution affects only about 4 percent of the total exports of the two ASEAN countries since only a small fraction of palm oil goes into biofuels in the EU. While the resolution may have made headlines across the world and caused disruption to the EU-ASEAN relationship, the net environmental impact of the ban on palm-oil production might be negligible.

The EU’s ban may even set back efforts in Indonesia, Malaysia and other exporting states to encourage sustainable practices. With lower demand and reduced prices, there will be fewer resources available to ensure better practices and compliance. A ban inevitably removes people from the discussion table, eliminating the possibility of spurring sustainable practices from the ground up. A more targeted approach could be more effective in reducing deforestation and other environmental concerns.

The resolution triggered a trade spat between Indonesia and Malaysia, which are threatening to bring ASEAN into the row, and the EU. The two Southeast Asian nations are taking legal action against the move through the dispute settlement mechanism of the World Trade Organization (WTO). As Gernot Klepper, Chairman of the International Sustainability and Carbon Certification (ISCC) system noted: “A palm oil producer who has failed certification and now supplies other markets is not subject to the ban, but the certified and deforestation-free producers (to the EU) lose their market. Strange incentives for more sustainable production practices!”

The producers supplying palm oil to the European biofuel market are already certified by established agencies such as the Roundtable on Sustainable Palm Oil (RSPO). These are responsible producers who have avoided deforestation and are certified by a credible system – but they will lose their market while other oils (soy, canola, rapeseed) can still be exported despite similar deforestation threats. In the European biofuel market, demand for biodiesel will not change. Instead, other vegetable oils will serve as feedstock for biodiesel and increase their market share.

Perhaps the crux of the issue is that the EU self-identifies as both a normative and market power that has a duty to impose its will and preferences on relatively weak states. While the EU has developed “strategic” relations with Asian powers including Japan, China and South Korea in recent years, and would hesitate to impose environment-linked trade restrictions on these countries, it has not developed a serious climate-change relationship with ASEAN.

The EU’s unilateral ban on palm oil in biofuel imports does not address the root causes of unsustainable practices in Southeast Asia and shuts down dialogue with important Asian partners in the most important EU-like regional organization in Asia. The EU’s action also creates domestic politico-economic problems for governments in affected export states. Take Indonesia, where 17 million citizens rely directly or indirectly on palm oil for their livelihood. The major regional players – China and India, the two biggest palm-oil importers in the world – significantly overshadow the EU market. By resorting to unilateral action instead of dialogue, Europe is pushing the ASEAN countries closer to their big neighboring customers.

The EU and ASEAN have missed an invaluable opportunity to cooperate on a trans-border environmental issue that has substantial regional and global repercussions. The Agreement on Transboundary Haze Pollution (ATHP) reached among ASEAN member states in 2002 has led to the most comprehensive strategy for addressing an environmental issue in Southeast Asia. Formal national and regional laws as well as informal norms have been enacted and applied to make palm-oil production sustainable as environmental responsibility has moved from peripheral issue to core interest among ASEAN countries. Multistakeholder governance structures such as the RSPO had been making good progress in their certification efforts. They achieved qualified success in promoting best practices and weeding out errant producers. Instead of supporting these initiatives, the EU sought to impose a quick solution, undermining ASEAN’s more informal governance approach as the most promising way forward.

At the heart of the matter, it is not palm oil per se which degrades the environment or causes deforestation. It is the illegal, irresponsible conversion of high-biodiversity, carbon-rich primary forests into palm-oil plantations which must be sanctioned, not the commodity itself. Transboundary haze, deforestation, and habitat destruction due to farming practices can be effectively curbed by grassroots efforts and state-level policies. Results have been apparent in Malaysia and even in Indonesia in recent years, after Jakarta ratified the Haze Agreement in 2014. Legally, Indonesia, Malaysia and other export countries have the locus of control to bring errant producers to task. Even Singapore, a non-palm-oil-producing state, has passed laws that will bring palm-oil companies to court for causing trans-border pollution.

Southeast Asian states that are primary exporters of palm oil have displayed the political will to curb harmful farming practices within their borders. Malaysia and Indonesia have both enacted regulations and set up domestic agencies to curb the effects of palm-oil production. Yet the EU has failed to recognize the headway made in addressing the challenge within the ASEAN region – in particular, the ability of states to regulate environmentally unsound practices.

The EU’s past successes in the region include the prevention of illegal logging to protect the rainforests against excessive timber production. These set the precedent for closer cooperation in palm oil. The EU has used its market power to impose a controversial and questionable policy on weaker states in ASEAN. But the palm-oil genie is already out of the bottle. Studies show that, properly harnessed, the commodity is more environmentally friendly than practically all other vegetable oils. A token blanket ban on palm-oil biofuels is likely to worsen the EU’s carbon footprint in the long run, with more detrimental oils such as rapeseed being used as substitutes.

Utilizing punitive measures to coerce Southeast Asian countries does not only affect bilateral relations but it also is unlikely to result in positive changes in the palm-oil industry. If the EU is to be part of the solution to deforestation and air-pollution problems associated with palm-oil farming and processing, then it needs to suspend its normative high ground in many developing areas of the world where it is not viewed as a model power to emulate. To mitigate potential domestic backlash from perceived support of palm oil, the EU should further its assistance towards the regulation of logging and deforestation rather than direct policies towards palm oil. The EU should work respectfully and sensitively with local and international partners on the ground that have already achieved results in getting Southeast Asian governments to commit to legal and environmental best practices for sustainable palm-oil production. 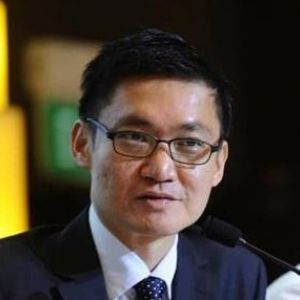 Reuben Wong is academic director in the Global Relations Office at National University of Singapore (NUS), where he is an associate professor in the Department of Political Science. From 2013 to 2016, he was the Jean Monnet Chair professor (European Integration and Foreign Policy) at NUS. 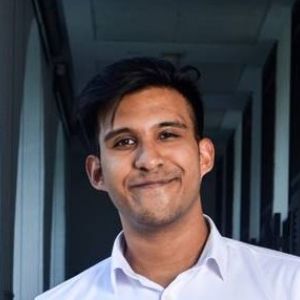