Overlapping Regionalism in the Asian Order

As multiple actors compete for influence in Asia, some analysts anticipate an intensification of rivalries. However, overlapping regionalism leaves room for potential cooperation and shared governance in the future regional order. 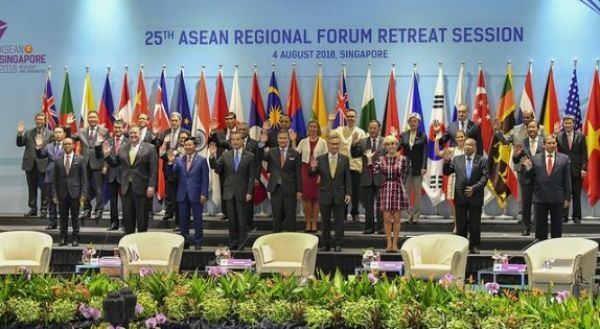 Across policy and academic circles, experts have been debating the future of the liberal international order and implications for regional governance. In the United States and elsewhere, the presidency of Donald Trump has raised concerns regarding American leadership in global affairs. In Europe, the European Union, one of the greatest postwar experiments in regional integration, has been under attack in the wake of the eurozone crisis, mass migration, national populist movements, and Brexit. In Latin America, domestic political turmoil in some of the region’s prime actors, Brazil in particular, has resulted in a leadership gap. Where does Asia’s regional order stand in the era of Trump’s “America First” and Xi Jinping’s “Chinese Dream”?

What Is Overlapping Regionalism?

Once lacking in regional institutions, Asia now boasts a large number of formal and informal institutions in the form of bilateral alliances, mini-lateral meetings, and multilateral fora and summits. Rather than being defined by one or two large formal institutions such as the E.U. or N.A.T.O. in Europe, or the Organization of American States in Latin America, regionalism in Asia is characterized by overlapping institutions. The ASEAN family of institutions alone, which includes the ASEAN Regional Forum, the ASEAN Plus Three, and the East Asia Summit (EAS), helps illustrate this layered approach to regionalism.

States establish regional institutions to build confidence and promote cooperation. However, some experts see the proliferation of institutions triggering rival regionalisms among competing major powers. Institutions have become the new battleground for balance-of-power politics as major powers such as the U.S., China, and Russia—as well as middle and smaller powers such as Japan, South Korea, and ASEAN members—elevate their preferred institutions.

Institutions have become the new battleground for balance-of-power politics.

For example, the U.S., as well as Australia and New Zealand, leans toward the EAS to address regional issues. In contrast, Chinese policymakers place much less emphasis on the EAS and give greater weight to the ASEAN Plus Three, which excludes the three English-speaking countries (the U.S., Australia, and New Zealand). Japan, as well as the U.S., views the Asian Infrastructure Investment Bank (AIIB) with cautious skepticism as it hosts the Asian Development Bank. In the early years of Asia-Pacific Economic Cooperation (APEC), an organization initiated under Australian and Japanese leadership, some ASEAN countries feared their organization might lose relevance with the creation of a larger organization led by developed countries. Similar concerns arose when Canada proposed an Asian version of the Organization for Security and Co-operation in Europe in the early 1990s, with the proposal eventually rejected in favor of the ASEAN Regional Forum promoted by ASEAN members.

Although geopolitical competition might be part of the reason for the drive for Asian institution-building, the overlapping nature of Asian institutions might actually help states address problems of regional governance while mitigating rivalries. States would find it more difficult to exert regional dominance if actors are intertwined within a complex patchwork of bilateral, trilateral, mini-lateral, and multilateral institutions. As I have argued elsewhere, overlapping regionalism may offer several benefits to regional actors.

Low Membership Costs: An array of institutions in Asia presents actors with different multilateral options that require few upfront participation costs. States therefore have something to gain and little to lose by joining regional institutions. If certain policymakers feel that the EAS is too large to produce any meaningful action, they can direct greater attention to the ASEAN Plus Three while maintaining membership in both institutions. States looking to coordinate on sub-regional issues may actively participate in institutions such as ASEAN, the South Asian Association for Regional Cooperation, or the China-Japan-South Korea Trilateral Summit. If states feel their interests are not well represented, they can build their own institutional niche with relative ease as China has done with the Shanghai Cooperation Organization.

States would find it more difficult to exert regional dominance if actors are intertwined within a complex patchwork of institutions.

Advantages for Small and Middle Powers: Additionally, overlapping regionalism gives states, particularly smaller powers, greater strategic flexibility and choice. By engaging different actors in a range of regional policy dialogues and fora, policymakers contribute to regional governance while serving their own national interests. Participation in multiple regional institutions has enabled smaller states such as Singapore to punch above their weight by giving them additional voice on regional issues. The overlapping nature of regional institutions also offers middle powers a greater role in regional affairs. Middle powers such as ASEAN, Australia, and South Korea tend to exhibit more network ties than other actors less engaged in institutions. Such powers are usually perceived as less threatening than great powers, and are thus obvious choices for playing a bridging role between rival powers. By connecting different clusters of actors within a region, overlapping regionalism may help facilitate networks of trust. For instance, the participation of U.S. allies such as South Korea in the AIIB, an institution Washington has criticized in the past as undercutting existing global development banks, might actually help the AIIB adhere to international development standards and eventually draw in the U.S.

Face Time: The overlapping nature of Asian regionalism has also increased opportunities for face-to-face interaction between policymakers. Repeated interaction helps shape expectations and norms for regional actors. Large multilateral fora provide opportunities for smaller gatherings that themselves can become institutionalized over time. The China-Japan-South Korea Trilateral Summit developed in this manner. What began as a breakfast meeting attended by the leaders of China, Japan, and South Korea during the ASEAN Plus Three meetings transpired into something greater. Other global and regional meetings such as APEC, EAS, and the G20 summit provide space for smaller groups to confer on the sidelines.

Institutions do not guarantee stability, and in the context of Asia, the informal nature of most institutions means rules and norms cannot be easily enforced. However, participation even in weak institutions can generate certain expectations about state intentions and behavior in the region. For example, the attendance or absence of U.S. presidents at Asian regional summits makes a difference in Asian leaders’ perceptions of U.S. commitment to the region. Trump’s lengthy 11-day trip to Asia in November 2017 helped address some fears that the U.S. would abandon regional allies and partners. In contrast, his planned absence at upcoming meetings in Asia this November is already being treated as a snub to Asia.

Participation even in weak institutions can generate certain expectations about state intentions and behavior in the region.

In the absence of trust, the proliferation of overlapping institutions may exacerbate geopolitical competition. Yet, some form of communication is often better than none. Overlapping regionalism provides multiple channels for communication and interaction. Dialogue at the working level can persist even if inter-state relations remain frayed. Larger multilateral meetings also give leaders some political cover to meet informally on the sidelines.

Redundancy, inefficiency, and competition notwithstanding, Asia has fared better on the whole with overlapping regionalism. In a region rife with historical issues, political sensitivities, and conflicting interests, overlapping institutions can contribute to regional governance, bringing a degree of order to a region once seen as ripe for rivalry.

The Catholic University of America

Andrew Yeo is an associate professor of politics and the director of Asian studies at The Catholic University of America, USA. He is the author of the forthcoming book, “Asia's Regional Architecture: Alliances and Institutions in the Pacific Century” (Stanford University Press, 2019).