Multinational private contractors are taking the place of governmental agencies in assuming guardianship roles over asylum seekers in several countries. This development, amounting to the privatization of border controls, has disturbing consequences. 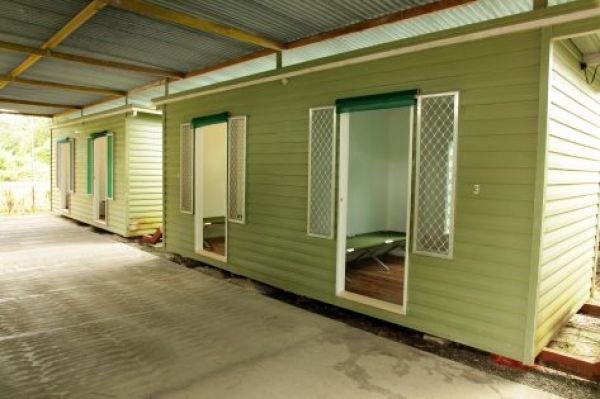 Within the global asylum system, nation states have traditionally had ownership of tasks such as determining one’s asylum status and providing access to temporary housing and services like education and healthcare. In recent years, however, such tasks have in many cases been devolved to private contractors, creating a new transnational industry. Thus, it is not governments but multinational contractors who hold control over the daily decisions affecting the lives of asylum seekers all over the globe.

One key element of their intervention is the design and operation of immigration detention centers. Security management remains a lucrative business. Governments would rather outsource their responsibilities to third-party corporations that are able to marshal a large workforce to commandeer any corner of the globe. But this means that profitability, rather than legal status, is now the main criterion for determining asylum seekers' material treatment. Corporations have thus moved ever closer to fulfilling the role of the “world’s watchmen.”

Profitability, rather than legal status, is now the main criterion to determining asylum seekers' material treatment.

The term “world’s watchmen” was coined in 1901 by the founder of Kjøbenhavn-Frederiksberg Nattevagt (Copenhagen-Frederiksberg Nightwatch), which provided guards to watch over businesses in the Danish capital. Its successor company is the London-based G4S, which offers a variety of services to governments, including police support, prisoner transportation, electronic monitoring, and international logistics.

G4S was employed by the Australian government to run its regional processing center on Manus Island, Papua New Guinea, from October 2012 to March 2014, after which Spanish corporation Ferrovial took over. G4S’s contract for the provision of operations and maintenance services at Manus Island was worth around A$244 million. In February 2014, G4S was accused of doing nothing to mitigate overcrowding in the center. Later that year, a complaint lodged to the Organisation for Economic Co-Operation and Development charged that G4S was complicit in the 2014 riots that razed some of the center’s buildings and caused the death of asylum seeker Reza Barati. For its part, Ferrovial has been accused by Amnesty International of continuing to “build a fortune on refugees’ despair.”

Establishments in Australasia such as the one on Manus Island have become infamous for their inhumane conditions. The protracted battles fought over them by humanitarian organizations and the United Nations High Commissioner for Refugees against the Australian government continue today. The Manus Island processing center was deemed unconstitutional by the Supreme Court of Papua New Guinea and consequently shut down in October 2017, leaving asylum seekers and those not found to be refugees to fend for themselves without running water, food, or electricity.

Another contractor, International Health and Medical Services (IHMS), provides healthcare services to asylum seekers across detention centers, ranging from those in mainland locations in New South Wales and Victoria to those in offshore sites on Christmas Island, Manus Island, and Nauru. IHMS has held extensive contracts with the Australian government since 2009. Its current A$438 million contract will run until 2019. IHMS is an example of a complex conglomerate with transnational origins: it is owned by International SOS, based in Sydney, which in turn is run by AEA International Holdings, based in Singapore. IHMS is evaluated by the Australian Department of Immigration through a “performance management framework.” In this framework, however, IHMS is often rewarded even though clinical standards for asylum seekers are not always matched to medical objectives of care.

The architectural design of the detention center on Manus is generic in appearance, and lacks basic amenities such as sinks and private bathrooms. It is unsuited for humid, tropical climates, and moreover, air conditioning is not available inside any of the center’s structures. The center’s prefabricated buildings thus act as heat conductors, making interior spaces even more stifling. Most of the housing for asylum seekers and refugees uses prefabricated components including shipping containers, siding, steel posts, as well as flimsier materials such as tarpaulins and marquees. Chainmesh fencing measuring six feet high encircles the Manus compound. Prefabricated detention centers do not embody the so-called affordability associated with modern architecture, but in fact represent oppressive spaces for those who are forcibly displaced.

Prefabricated detention centers do not embody the so-called affordability associated with modern architecture, but in fact represent oppressive spaces.

The Need for Humane Spaces

Such contemporary architectural solutions that employ prefabricated designs are repeated for a number of building types, including prison cells and correctional facilities. In this sense, the layouts of facilities for asylum seekers and those for criminals are similar. In the United States, for example, a company called Vanguard makes modular building systems to serve a variety of functions, such as county jails, state prisons, juvenile detention centers, boot camps, inmate housing units, treatment facilities, holding centers, and transitional housing.

Considering all of this, the idea of a “culturally appropriate custodial design” for these carceral institutions is a naive way of framing the issue of detention. It is unfortunate that certain architectural critics feel that “… less regimented and less damaging forms of detention (such as supported community living arrangements) must again be considered.”[^1] Such considerations are merely wishful thinking since the corporations of the detention industrial complex are only interested in making profits from inmates, be they criminals or asylum seekers.

The “corporate takeover of human rights” will not cease as long as multinational corporations maintain lucrative contracts that intersect with the realm of human rights. These corporations are not motivated to ensure justice for asylum seekers and refugees, since making greater profits is their ultimate goal. Until multinational corporations are brought to account for the many human rights violations that have occurred, asylum seekers and refugees will continue to be forced to endure the decisions made by contractors who have no interest in maintaining decent living conditions in immigration detention centers.

[^1] https://architectureau.com/articles/the-architecture-of-detention-why-design-matters/ Grant on environments designed for indigenous users. The fit between Aboriginal and Torres Straits Islanders behaviour and the design of physical environments.

Jennifer Ferng is an architectural historian based at the University of Sydney. She received her PhD from the Massachusetts Institute of Technology. Her articles have appeared in Architectural Theory Review, Journal of the Society of Architectural Historians, and as part of MoMA’s online catalogue for Insecurities: Tracing Displacement and Shelter.