Indian Prime Minister Narendra Modi's blend of hyper-nationalism with a welfare-state development narrative successfully bolstered his claim to be the “only man for the job”. It has also given his party wider and deeper appeal, solidifying its national footprint. Armed with a strengthened mandate, Modi could propel India forward to take a leadership role in Asian affairs, writes New Delhi-based Preeti Singh, Senior Advisor at 9.9 Insights. 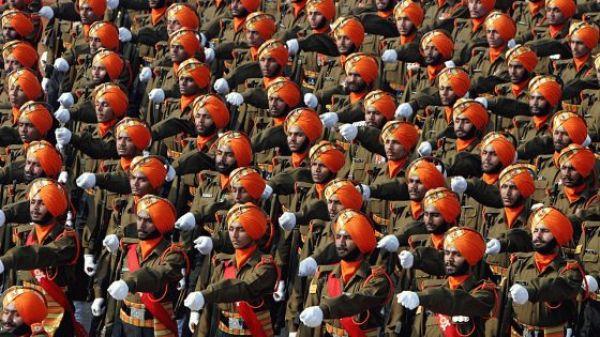 The conversations I have enjoyed more than many others have been those I have had on my way to or from the airport. Chats with curious cab drivers have allowed me to comprehend everything better, from the impact of the surprise demonetization in 2016 on the average citizen to how India’s democratic institutions are changing on the ground. They have always helped me take measure of the mood of the nation. From these encounters, I have come to appreciate why the English-speaking, well-educated urban middle-class Indian is never going to grasp fully the pull and power of an Indian general election. This is also why electoral results often defy prediction and why, time and again, the outcomes continue to catch even the most precision-driven psephologists by surprise.

The conventional wisdom was proven wrong again when Narendra Modi’s Bharatiya Janata Party (BJP) swept the recent polls at the helm of a coalition that stood in stark contrast to a hastily-cobbled grand alliance of opposition parties. The BJP’s own tally of 303 seats in the 543-member lower house has ensured Modi’s place in history as the third, and only non-Congress PM, after Jawaharlal Nehru and Indira Gandhi, to retain power with a full majority. He not only bucked the oft-heard refrain of anti-incumbency, he did so both comprehensively and convincingly, riding on the back of the highest voter turnout in India’s electoral journey.

The BJP’s poll gains – and the Congress’s continuing decline – may not be indicative of a tectonic shift, in absolute numbers, but the way Indians voted in the 2019 general elections will go down in the annals of the country’s electoral history. Women voter turnout equaled that for men, making the former a formidable constituency for the Modi brand of social security guarantees that have specifically targeted them.

In fact, the BJP won because of the clear value proposition that Modi and his extremely market- and media-savvy party machinery outlined for every different version of India that the country’s nearly 1.4 billion people inhabit. From farmers to housewives, urban middle-class families to rural youth and traders, the party offered a clear message (and a five-year trickle-down plan of sops) for voters as the campaign began in earnest.

Though the lack of a serious challenger from the opposition parties made it a largely unipolar contest, strong market sentiment even as the results were coming in also added India Inc.’s strong vote of confidence in one of the most strategically astute and polarizing politicians India has ever seen. The country voted for continuity and stability, as Modi’s popular appeal helped decimate a deeply fractured opposition’s attempts to cling to an idea of India that may very well be past its sell-by date.

During his tenure so far, Modi has taken to the world stage with the same ease that he has embraced world leaders – something he used to great effect in a way that has not quite been done before. India has rarely voted on global issues. What it did vote for is a politician who has turned on its head the idea of India as a non-aligned, globally-diffident, aspirational superpower rooted in ancient tradition that shied away from taking the fight to its staunchest critics. This is a prime minister who was frequently away from home (except to campaign) and who did not address a single press conference in his five years in office. He opted instead to use the hypnotic appeal and brute force of popular technology in a country that has leapfrogged to becoming an equally hypnotic and brutally competitive playing ground for global businesses. In understanding and taking advantage of this, the BJP’s electoral onslaught has been unmatched.

What does Modi 2.0 mean when it comes to a dividend of continuity in a nation still struggling to come to terms with old problems and new possibilities?

The optics for business is, surprisingly, still staunchly in favor of Modi – as the markets were quick to confirm. The Sensex Bombay Stock Exchange index scaled new heights on May 23, following what was a bitter electoral battle. This was despite the pessimism that has hounded key sectors of the economy over the past few months. And it was also despite controversies surrounding employment statistics and a burgeoning young population without jobs, a full-blown banking crisis, turmoil in the civil aviation sector, weak consumer demand and widespread agricultural distress, all of which are likely to be compounded by geopolitical forces keeping both global trade and energy markets on the boil.

Newspaper editorials in India have been laden with reminders of the promises Modi and the BJP had made in the run up to the polls. Added to this are reminders of unfulfilled promises five years since the BJP’s return to power in 2014 after ten years in the opposition. The biggest majority ever won by any single political party in India in over three decades, Modi’s victory may also go down in history as the win that finally makes both Indian voters and political parties wake up to the role and importance of a credible opposition in Indian democracy.

Modi was sworn in for his second term on May 30. The invitation list to the debut of Modi 2.0 was redolent with foreign policy symbolism. By effectively shifting the focus from the South Asian Association for Regional Cooperation (SAARC), which he had showcased for his oath-taking ceremony in 2014, to the Bay of Bengal Initiative for Multi-Sectoral Technical and Economic Cooperation (BIMSTEC) this time around, he craftily sidelined Pakistan, which is under a new prime minister who has shown relative restraint and denied Indian political parties a punching bag during the electoral campaign. Islamabad’s omission from the guest list was expected, given how the February 2019 airstrike on Balakot, Pakistan, by the Indian Air Force was one of the key actions that Modi highlighted to prove his credentials as a bold leader who is not shy of taking tough tactical decisions in the interest of national security. This was a masterstroke, as successive Indian governments, cutting across party lines, have shown an enduring common front on matters related to national security. Modi has turned unquestionable security rhetoric into an art form.

In fact, he has blended a kind of hyper-nationalism with a welfare-state development narrative that has not only bolstered his claim to be the “only man for the job” but has also given the BJP a wider and deeper appeal that has solidified its national footprint. The run-up to the election marked a tactical retreat on the business front, with the focus turning inward, aimed at drumming up a populist resolve for key domestic constituencies. Soon after the new government is in place, it will be time to build on the strategic advantage this has accrued and turn to another one of Modi’s key focus areas: the ease of doing business.

There are reports already of kickstarting crucial labor reforms, easing credit lines in a newly risk-averse banking sector, boosting non-banking financial companies (NBFCs), stimulating private enterprise, and addressing the concerns of foreign investors. The key to this will be Modi’s ability to balance both the domestic and international constituencies he has nurtured over the past five years and to reinvigorate the free-market reforms that were predictably put on the backburner in an election year.

What will also be back to the forefront is India’s response to its new role as a serious leadership contender in Asian affairs. This will test Modi’s ability to deal with China both as a crucial business partner and regional hegemon, all the while balancing India’s strategic partnerships with both the US and Russia.

In addition, Modi will also have to balance the role of a sometimes-sluggish bureaucracy with that of India’s aspiration of becoming an economic powerhouse that can create jobs, boost foreign investment and negotiate tricky global trade dynamics. Consider India’s participation in the ongoing negotiations for the Regional Comprehensive Economic Partnership, or RCEP, involving the 10 ASEAN member states, Australia, China, Japan, South Korea and New Zealand. In doing so, he will also be required to negotiate an economic nationalism that is threatening the image of an India that is “always open for business”, which he himself has helped build, against that of a country willing to make the strategic tradeoffs befitting of a truly global power. 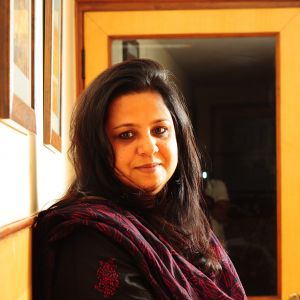 Preeti Singh is a journalist, editor and communications specialist, based in India. She has worked as a senior advisor at 9.9 Insights (an independent strategic advisor of the Washington DC-based Albright Stonebridge Group), as a journalist in both print and digital media, and as a business editor and researcher. She has two decades of experience at the Institute for Defence Studies and Analyses (a premier national defence and security think tank), as part of the op-ed team at The Hindustan Times, India’s leading news media house, and as an editor in integrated media companies, 9.9 Media and BW Businessworld. She holds a master’s degree in Indian history and an M.Phil. in disarmament studies and was a Chevening Gurukul Scholar at the London School of Economics and Political Science – the British government’s flagship leadership program for young Indian achievers. She edits nonfiction books and teaches business writing and communications in various management programs.