The seemingly impromptu low-key visit of the Chinese foreign minister to New Delhi suggests that Beijing is realizing that it may have misread India’s apparent shift towards the United States and growing interest in the Quadrilateral Security Dialogue, or Quad, grouping. India’s decision to abstain from voting on United Nations resolutions condemning Russia’s invasion of Ukraine may have clarified New Delhi’s traditional non-alignment, argues Kapil Patil of Friedrich-Alexander University of Erlangen-Nürnberg in Germany. If Beijing wants to prompt India and those in Delhi’s sphere in the Global South to rally to China’s efforts at reshaping the world order, it will have to be sensitive to India’s deliberate geopolitical balancing. 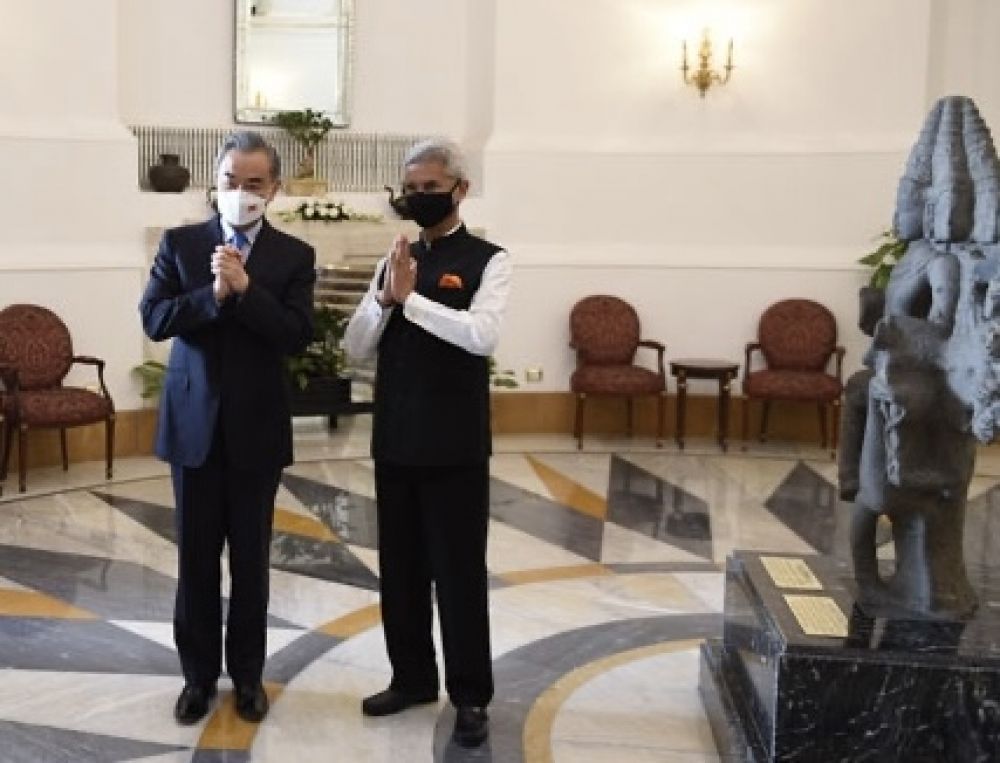 China's Wang Yi and Indian counterpart S Jaishankar, March 25: Is Beijing trying to make up for misreading New Delhi's apparent shifts towards the US and the Quad? (Credit: Foreign Ministry of the People's Republic of China

The Chinese foreign minister Wang Yi's somewhat unusual and low-key visit to New Delhi from March 24-25 has triggered a flurry of speculation about a possible reset in Sino-Indian ties that have witnessed a significant downturn since border clashes that began in May 2020 and peaked with a bloody military confrontation a month later. Hopes of a potential reset in bilateral relations have emerged since Beijing and New Delhi took somewhat similar stances on the Ukraine war, with both abstaining on votes on resolutions before the United Nations Security Council and the General Assembly condemning Russia for its unprovoked invasion of Ukraine.

India’s abstention was surprising, given its perceived tilt towards the United States and Anglosphere in recent years. For over a decade now, New Delhi has progressively firmed up defense ties with the US. Driven by shared global interests, including the vision of a free-and-open Indo-Pacific that underpins India's participation in the US-led Quadrilateral Security Dialogue grouping known as the Quad, the relations between India and the United States have reached a historic peak. (Australia and Japan are the other members.) Furthermore, the flourishing defense technology ties and several foundational military pacts have helped cement bilateral relations, leading Washington to recognize New Delhi as a special defense partner.

Beijing, however, has grown more wary about New Delhi's increasing closeness to the US and European nations. Chinese concerns about India-US relations have significantly increased since 2017. Reassurances by the Indian side about its role in the Quad have left Beijing unconvinced. New Delhi's natural geostrategic advantage in the Indian Ocean region has long worried Beijing, and the People’s Liberation Army (PLA) Navy has consistently sought to expand its footprints in this region. Officials in Beijing have frequently spoken against Quad, terming it an Asian North Atlantic Treaty Organization (NATO) that is challenging Beijing’s influence in the South China Sea region and aimed at containing China.

Many analysts believe Beijing's motive to curb India's maritime ambitions and tie New Delhi down on land borders drove the PLA to precipitate a border stand-off in the Himalayan region by outpouring troops across the vast Sino-Indian border. In April 2020, China's troop building along the disputed Line of Actual Control (LAC) intensified, culminating in the violent clash in the Galwan Valley on June 17 that claimed the lives of at least 20 Indian and an unidentified number of Chinese soldiers. Since then, while the two sides have achieved partial disengagement at various points on the border, tensions in some areas continue. New Delhi is demanding a complete military disengagement in border areas for progress in bilateral ties to resume, a position India's foreign minister S Jaishankar reiterated to Wang Yi during his visit to New Delhi.

Indian troops in the Galwan Valley at the frontier with China: New Delhi wants to restore the status quo ante on the border (Credit: Pool)

Two years since the Sino-Indian border crisis, it is worth asking whether Beijing, by flaring up troop deployment on the Indian border, completely misread India's foreign policy moves on the Quad and how its ties with the US are evolving. India's abstentions on the Ukraine issue despite being a Quad member might have been more enlightening, prompting Beijing to have a relook at New Delhi's strategic choices.

Suppose India's abstentions are a guide to New Delhi's foreign policy thinking. In that case, its actions only underline longstanding continuity in India's approach, rooted in the tradition of non-alignment. New Delhi actively resisted drawing itself into the US-Soviet rivalry throughout the Cold War years. Despite seeking military aid from both the Soviet Union and Western nations, New Delhi steered clear of joining any bloc while maintaining its strategic autonomy. Furthermore, the Indian side has always maintained that the Quad remains a dialogue forum rather than a military alliance.

India's participation in the Quad has been largely independent of its ties with Beijing. Similarly, at the heart of India's Indo-Pacific engagement lie its vital economic and business interests. Despite repeated claims to be a meaningful contributor to regional security, India’s role remains circumscribed by various institutional and regional constraints.

Disregarding the discernible continuity in New Delhi's strategic behavior, Beijing's assessment of India's defense ties with the US appears to be informed by a zero-sum view of international politics. Beijing's aggressive moves on India's border and its coercive behavior towards many Southeast Asian countries have arguably been the driver for the Quad's appearing to take on a military character.

By precipitating a crisis on the Indian borders, Beijing's actions only enhanced India's bargaining position with Western countries. The West’s willingness to share cutting-edge military technologies and lure India into defense partnerships arises from Beijing's needless provocation and wolf-warrior reaction. 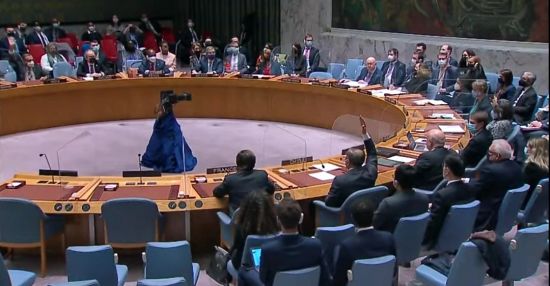 Altogether now: India and China both abstained from voting on the Ukraine War resolution at the UN Security Council (Credit: United Nations)

Beijing’s zero-sum approach, among other things, has also served to undermine its longstanding collaboration with India on transnational governance issues. Sino-Indian multilateral cooperation has been one of the most significant casualties of the border stand-off. Since the late 1990s, India had actively worked with Beijing in multilateral forums on trade, global monetary reforms and agricultural subsidies. China and India fostered such collaboration by taking a positive-sum view of their bilateral ties that promoted the resolution of border disputes or prevented them from boiling over. Prior to the serious border clashes, bilateral trade and economic cooperation had been gaining momentum, which has certainly now subsided.

As Beijing seeks to normalize ties and resume cooperation on various bilateral and multilateral issues, India's demand for restoring the status quo ante on the border is a stout position that Beijing cannot ignore. As an emerging economy and an active voice of the Global South, India is a vital potential partner for Beijing as it seeks to shape an alternate international economic order. Also, it is in China's critical interest to arrest India's strategic drift toward the West.

Ignoring India's longstanding tradition of non-alignment, which the world witnessed once again during the Ukraine crisis, Beijing appears to have missed the historical authenticity of India's foreign-policy calculus, New Delhi’s track record. Notwithstanding its close ties with the Soviet Union during the Cold War years and also with Western countries in the post-Cold War years, maintaining strategic autonomy in partnerships has been one of the long-running tropes in India's global relations.

In misreading such essential traits of Indian foreign policy, the mandarins in Beijing might well miss the opportunity to achieve meaningful and constructive ties with New Delhi. A potential reset in Sino-Indian relations requires China to take a dispassionate view of India's approach and work towards a mutually agreeable solution to the current border stand-off. Without such a rethink, Beijing is likely to lose partners in the Global South, which would be critical to shaping the new world order it might wish to see.

Panda, Jagannath. (February 17, 2022) “A Coalition for Peace and Security: The Power of the Quad in the United Nations”, AsiaGlobal Online, Asia Global Institute, The University of Hong Kong. 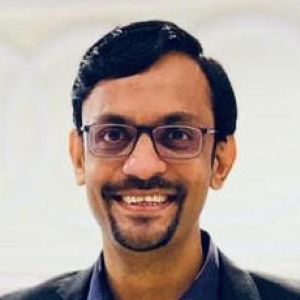 Kapil Patil is a postdoctoral fellow in the Faculty of Humanities, Social Sciences and Theology at the Friedrich-Alexander University of Erlangen-Nürnberg in Germany. He works at the intersection of India’s geostrategic and technological engagements.