A Matter of Trust: Media and Politics in Southeast Asia

Southeast Asians have dwindling confidence in traditional journalism. As a result, social media platforms such as Facebook and WhatsApp have become the main source of information for voters. A combination of wider access to the internet and declining trust in longstanding news sources is changing the dynamics of democracy across the region. 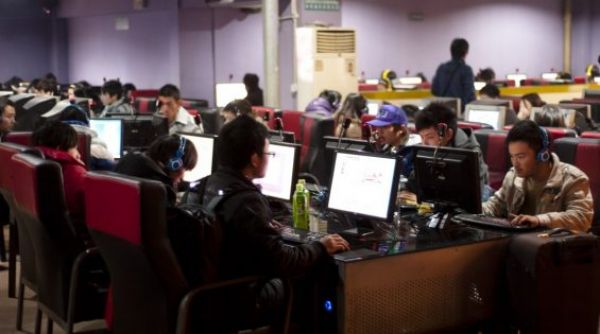 In the wake of Donald Trump’s election as president in the United States and the result of the United Kingdom’s Brexit vote to leave the European Union, the term “post-truth” entered the public lexicon. It is now used to explain elections and other political events in which the outcomes are determined by emotions rather than policy details, and in which those emotions are increasingly shaped by social media discourse.

Recent elections in Southeast Asia, where the use of social media like Facebook and WhatsApp is prevalent, have been emotionally charged campaigns. These have led to the 2016 election of populist Rodrigo Duterte as president of the Philippines, the election loss and subsequent jailing of an ethnic Chinese, Christian governor of Jakarta, Indonesia, in 2017, and regime change in Malaysia in 2018.

Despite its widespread use, I do not believe that “post-truth” adequately describes these elections, as it implies that there was a time when the world engaged in “truthful” election campaigning. Rather, we should define the current political climate as the “post-trust” era. We need to consider more deeply how trust in the mainstream media is being replaced by trust in social media, and the impact this has on election outcomes.

Making History in Malaysia with the Help of Social Media

Since the arrival of the internet in Malaysia in the mid-1990s, a shackled and partisan mainstream media has been challenged by alternative online platforms. The country’s oldest newspaper still in print, the New Straits Times, has seen its daily circulation drop from 140,000 in 2006 to 50,000 in 2016. Indeed, it is a global trend that as internet penetration rises, newspaper circulation drops, but I posit that the newspaper’s pro-government nature has assisted in its rapid decline.

In part due to changes in media usage and online discourse, the majority of urban votes, concentrated in areas where internet use is prevalent, have gone to the opposition in recent elections. In 2013, Malaysia’s former ruling coalition, Barisan Nasional, won 133 seats out of 222 in the lower house of parliament to claim victory, but only five of those were urban seats, while 20 were semi-rural seats. The rest were rural seats in areas where internet penetration was lower.

We should define the current political climate as the “post-trust” era.

To unseat Barisan Nasional for the first time in Malaysian history, the opposition needed swing voters in majority ethnic Malay semi-rural and rural areas. The one way it could regularly reach these voters was via the internet. Prior to the 2013 election, only around 58% of internet users in Malaysia were ethnic Malay. Two years later, that number had grown to 67%, and it continues to rise.

In a country where close to 90% of smartphone users access Facebook, the social media platform was the place to see photos of Mahathir Bin Mohamad, now the prime minister, at rallies and watch his speeches live. Facebook also provided Malaysians with a glut of information about the role of former Prime Minister Najib Razak in 1MDB, a state investment fund from which more than US$700 million was allegedly diverted. Thus, I believe that without Facebook, there would have been no significant perception of alleged government corruption, and thus no regime change, in Malaysia.

In Malaysia and Indonesia, the rise of the messaging platform WhatsApp, owned by Facebook, has been vital. WhatsApp is more than just a messaging service: it’s work email, family discussions, citizen journalism, and internet chat room all rolled into one, forming communal information societies. Given its popularity, WhatsApp has become a crucial component of political campaigning in these countries. One newspaper even described the 2018 Malaysian election as “the WhatsApp election.”

Mainstream Media vs. Social Media: A Battle of Trust

Facebook and WhatsApp triumphantly loosened the grip of government-controlled mainstream media on semi-authoritarian Malaysia. But at the same time, they may be contributing to declining trust in professional journalism in democratic countries like the Philippines and Indonesia.

In a 2017 survey on levels of trust in major institutions in Indonesia, the lowest ranked were political parties (45%), parliament (55%), courts (65%), and the media (67%). Even the notoriously corrupt Indonesian police (70%) ranked higher than the press. Much like in Malaysia, flagrantly partisan political coverage in the mainstream media eroded the public’s trust in it.

As mainstream media loses credibility, Facebook content and WhatsApp propaganda are becoming more successful in shaping political discourse. A 2017 survey found that Filipinos who had internet access trusted social media more than the mainstream media, with 87% of respondents saying that they trusted information on social media. Facebook influencers played such a big role in the Philippines election that in October 2017, the Philippines Senate Committee on Public Information and Mass Media held a hearing to probe the challenges posed by misinformation, especially on social media.

A 2017 survey found that Filipinos who had internet access trusted social media more than the mainstream media.

While social media is harming democracy in Southeast Asia in some respects, it is paradoxically facilitating the growth of democracy in others. Recent elections in the region have seen high voter turnouts, such as 78% for the 2017 Jakarta gubernatorial election compared with 66.7% for the 2012 election; and 81% for the 2016 Philippine presidential election, compared with 74% for the 2010 election. In providing more chances for citizens to engage with election issues and political personalities, social media fosters political participation.

This, however, does not change the fact that the common thread linking election victories in the region is WhatsApp- and Facebook-based “black campaigns” of negativity and smear tactics. Politicians are involved in these black campaigns as both victims and perpetrators. Every politician must strive to reduce the impact of negative online campaigning, as well as mount such campaigns themselves against their opponents. This is not unique to Southeast Asia: scholars and observers have identified the use of disinformation and fake news in elections as a global trend. But, the ubiquity of social media in Southeast Asia makes it an epicenter of the crosscurrents of internet communications and politics.

In the face of a new public sphere driven by social media communities, politicians need to consider the implications of the impending death of newspapers and the potential end of television and radio news, as well as the decline of professional journalism. Newspapers were once central to a broader imagined community of shared national and international experience. In contrast, today’s social media communities are smaller—our experience of the collective is more insular, haphazard, and schematic. The digital era is changing the avenues of trust from which we receive information. We should look to countries in Southeast Asia to examine how post-trust societies may take shape.

Ross Tapsell is a lecturer in Asian studies at the Australian National University. He is the author of the recently published "Media Power in Indonesia: Oligarchs, Citizens and the Digital Revolution" (Rowman & Littlefield, 2017).