Seeking to understand those who choose to join extremist causes is a difficult but necessary task. Only by learning about these individuals can societies prevent others from following their path, and reintegrate those who return. 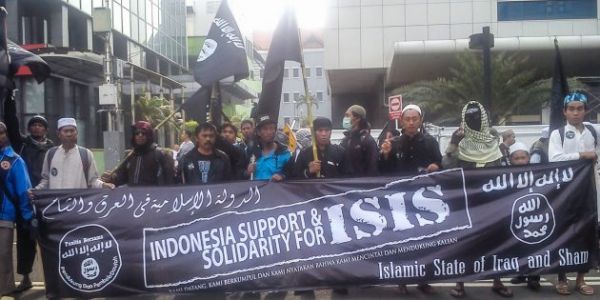 With the recent collapse of the Islamic State's headquarters in Raqqa, one is led to wonder: what will happen to those fighters who managed to escape? Will they wreak havoc when they return to their home countries? How should societies handle these returned fighters?

The "conventional wisdom" is that these returned fighters will pose an immediate threat to our societies, similar to what happened after the Soviet-Afghan War in the 1980s. Osama bin Laden emerged as a leader over the course of the war, and the group he led eventually became al-Qaeda, going on to perpetrate such acts of terrorism as 9/11 and the Bali bombings. Is this outcome inevitable?

Normal Men on the Path to Radicalization

With these considerations, I decided to study the process that leads to radicalization by examining the life histories of Indonesian foreign fighters.

After interviewing many foreign fighters in Indonesia, I can conclude that no specific profile defines them, except that the overwhelming majority are males. Therefore, I think there is something about their masculinity that is worth exploring.

One of the returned Indonesian foreign fighters I met was 33-year-old Ramdan. I interviewed him in his hometown in West Java in September 2015.

The trajectory of Ramdan's life demonstrates that radicalization is rooted in a certain ideal of hegemonic masculinity.

When I explained to him my position as a PhD student doing research on masculinity, he laughed. "I am not gay. I thought you were doing research on terrorism?" But the trajectory of Ramdan's life demonstrates that radicalization is rooted in a certain ideal of hegemonic masculinity.

The Rise and Fall of a Businessman

Ramdan comes from a middle-class family in Tasikmalaya, West Java, which is known for being a stronghold of Islamic fundamentalism in Indonesia. His parents ran a garment business. When Ramdan was a child, his father often took him to the market to learn business skills. Through this socialization, he internalized that the cultural expectation of a "real" man was to have economic power; to be independent, a provider and protector of the family. At school, Ramdan was among the top of his class. He eventually won a scholarship to study law at a national university in Lampung, Sumatra.

However, he left university in his 20s and went to Jakarta to run his own business with his family. The business went well. His success enabled him to get married to a middle-class woman from Jakarta. This juncture of Ramdan’s life suggests that the scriptural version of a man being the breadwinner of a family is still very critical.

Ramdan expanded his business rapidly, and recklessly. This led to its eventual failure and the loss of his mortgaged house. Then came the quarrels with his pregnant wife, as he was unable to get enough money to support the family. When their baby was born, the situation got worse. To save money, he decided to leave Jakarta and settle down in his hometown in West Java, but his marriage soon collapsed. Ramdan's failure as a businessman and the dissolution of his marriage were great challenges to his honor and perceived masculinity, as his notion of honor is linked to male societal privilege and control over female sexuality, as well as an ideal of masculine toughness that includes the perceived necessity for men to be fierce.

Imagined Masculinity as Leverage for Radicalization

During this period when he questioned his honor as a man, Ramdan turned to his cousin Bahri for money. Bahri was a born-again Muslim who used to be the troublemaker of the family, but was now a successful businessman. He prayed five times a day, spoke in religious terms, and even went to Mecca for the Hajj. His wife wore a burqa that covered her from head to toe.

Within this hierarchy, Bahri had a higher position due to his wealth, age, and religiosity. Ramdan was in a subordinate position because of his "crisis" of masculinity.

As he was focused on reestablishing his business, Ramdan did not realize that Bahri was one of ISIS's financial supporters in Jakarta. Like other former foreign fighters I interviewed for the project, Ramdan was recruited by an existing social network of family and friends. Recruitment was easy, partly because of the existing gendered hierarchy among men. Within this hierarchy, Bahri had a higher position due to his wealth, age, and religiosity. Ramdan was in a subordinate position because of his "crisis" of masculinity. In this setting, Ramdan's masculinity was defined by his fear of other men, especially when he was perceived as failing in his manly duties for not having enough money to support his family. In this critical moment, Ramdan accepted the version of Islam promoted by Bahri as a possible solution to his crisis of masculinity.

Bahri then added Ramdan to a WhatsApp group of ISIS supporters, and Ramdan's radicalization progressed rapidly. Almost every day, the ISIS supporters, including Bahri, shared religious messages and selfie photos and videos of Indonesians who had joined the so-called Islamic caliphate in Syria.

Unlike many Indonesian foreign fighters who joined ISIS so that they could carry AK47s and fight against "the enemy of Islam," Ramdan was lured by the promise of having a better life under the caliphate, which supposedly guaranteed financial independence, a sense of belonging, and the ability to exert control over women. This promise, however, was not fulfilled.

Unlike many Indonesian foreign fighters who joined ISIS so that they could carry AK47s and fight against "the enemy of Islam," Ramdan was lured by the promise of having a better life under the caliphate.

"I was never interested in fighting for ISIS. Bahri always told me that I could be part of the caliphate as a civilian. I could contribute to the development of the state. With the collapse of my business and the difficult challenge of starting a new one, I wanted to explore other possibilities. After watching videos depicting the 'good life' under an Islamic caliphate, I was intrigued. In particular, I wanted to get a new wife. Imagine getting a wife with blue eyes? Haha …"

Ramdan’s masculinity was defined in relation to material wealth and the subordination of women. This served as a catalyst for his radicalization and decision to join ISIS. And so, when Bahri asked Ramdan and his son to travel to Syria, Ramdan agreed.

Looking at Ramdan's history, we learn that the meaning of masculinity changes for a man as he grows and matures. This definition is dependent on the social institutions available to a person, as well as his experiences in life.

Thus, we must educate young men in a way that offers more options for them to express their personalities not only through values that are traditionally associated with masculinity, such as courage, aggression, autonomy, dominance, and toughness, both mental and physical. It is critical, therefore, to promote educative and cultural materials that don't place force and domination at the top of the hierarchy of values.

We need to capitalize on stories of disenchantment like Ramdan's to challenge the radical narrative of extremist groups that, like ISIS, have been giving false promises to recruits. We cannot simply lock returned foreign fighters up in prison and forget them. Eventually they will return to society. We must give them a second chance at starting a new life.

Noor Huda Ismail is the founder of the Institute for International Peace Building in Indonesia and is now completing his PhD at Monash University, focusing on ideas of masculinity among Indonesian foreign fighters. He also produced and directed the documentary film "Jihad Selfie."