Global economies seem to be doing reasonably well in the face of an array of potentially destabilizing political issues. But this may not last if we do not tackle a non-inclusive pattern of growth and do more to address the needs of people and societies. 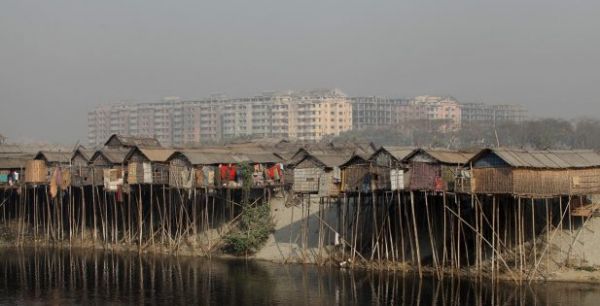 The global economy is experiencing the first acceleration in synchronized growth in 10 years; growth is picking up in all the major economies and regions in the world.

In particular, the US is doing reasonably well, with moderate growth and low unemployment. Globally, markets are elevated, if not bubbly, in several places. The European economies are doing better, though there remain differences across countries in the extent of their recoveries.

Notwithstanding significant imbalances and a substantial prospective reform agenda, China is humming along, powered by a growing middle class, rising consumption, and a modern, digitally enabled system of commerce, mobile payments, credit, and more. India is growing at sustained high rates, having shaken off the lull in reform momentum of a few years ago. Supported by the China and India growth engines, Asia is broadly doing well, and is big enough to contribute substantially to global growth.

Notably, markets and economies have thus far stood tall against a list of potential disruptions and risks that include, among others: a very large increment in gross debt in the global economy; a gradual reversal of exceedingly accommodative monetary policies; a growing pattern of rising inequality and job polarization across developed economies; increasing automation heralding more structural shifts in economies and labor markets; a blizzard of cyberattacks; and extreme climate events.

Markets and economies have likewise remained steady in the face of fluctuations on the geopolitical landscape, weathering tensions in the South China Sea, North Korea’s expanding nuclear program, uncertainty in Europe, and the US’s withdrawal as a principal sponsor of institutions and treaties that support international cooperation.

So What Is the Problem?

Perhaps markets and economies are, for the most part, immune to these sorts of disruptions, or to paraphrase Macbeth, it is all a tale of sound and fury, signifying very little, at least in economic terms. While this may be true in the immediate future, it would be premature to conclude that there are no consequences to a continuation of these trends.

From a distributional point of view, growth patterns were largely benign in the post-WWII period, both globally and within countries. The long process of the convergence of developing economies made global growth patterns inclusive in the sense that measured inequality declined. Within developed economies, middle classes grew. Measured inequality varied, but most countries experienced rises in incomes, and labor income as a fraction of total income rose.

In the last few years, these adverse distributional patterns have spilled over and contributed to political and social polarization.

Then, in the late 1970s, things changed. While global growth remained high and even accelerated with the arrival of China in high-growth mode, and the convergence of developing countries continued, the distributional aspects of growth patterns in developed economies reversed. Measured income inequality started to rise. Labor's share in national income declined as capital’s income share rose. Job and income polarization, now evident in a wide range of developed economies, commenced, with middle-class jobs and incomes declining as a share as the upper and lower ends of income distribution stretched.

In the last few years, these adverse distributional patterns have spilled over and contributed to political and social polarization. This has manifested in a broad and expanding rejection of the status quo and the elites who have dominated governance structures—people have become angry, anxious, and insecure.

While certainly not a full explanation, the effects of these distributional patterns are a contributing factor to the centrifugal economic, social, and political tendencies that are now ubiquitous.

The backlash against current structures and the establishment that created them is best understood, from a political-economic viewpoint, as a result of the non-inclusiveness of growth patterns combined with a prolonged period of non-response by the “system” to alter the growth patterns in a more inclusive direction.

The “left” has failed to deliver on its promises of inclusiveness, and in the eyes of many, government has become yet another center of rent-seeking and waste. The “right” has rejected “big government” solutions, elevating market outcomes to ends in themselves, mistaking instruments for real social and economic objectives.

There is nothing in economic theory or history that indicates markets always deliver satisfactory distributional outcomes, especially in complex transitions that result from technological disruptions of the type we’re experiencing now. The data show that all of the problematic distributional trends accelerated around the year 2000. Perhaps this is not surprising. Within a very short period, the eurozone was created, China entered the WTO, and there was a dramatic increase in the impact of digital technologies on jobs.

There is nothing in economic theory or history that indicates markets always deliver satisfactory distributional outcomes.

Among other factors, non-inclusive growth patterns and the absence of effective counter-measures have led to a partial rejection of the system. What does that mean?  It means a partial rejection of established parties, elites in business, finance, and academia, and the policies they espouse, including the architecture of an open global economy. In the course of this evolution, many societies are in danger of losing something intangible but important: social and political cohesion based on a shared commitment to the primacy of the public interest over specific and special interests.

None of this is new. The Commission on Growth and Development, which I had the privilege of chairing, reviewed a wide range of successful and unsuccessful growth patterns in developing countries, and concluded that major inclusiveness failures are fatal flaws, not just to social cohesion, but to sustained growth.

Interestingly, China potentially had a similar challenge. Even as the economy has grown at unprecedented rates, there is what has been termed “a loss of reform momentum.” This included an increasing amount of corruption and privileged access by the well-connected—in other words, a rising tide of special interests overtaking the commitment to inclusive growth and policies that support it. If this continued, it would have threatened the credibility and authority of the Communist Party, the core of the governing structure.

The Instability of the Status Quo

On a deeper level, there are inherent tensions that relate to things that are important to people everywhere. A short list would include growth, incomes, equity, inclusiveness, stability, opportunity, sustainability, identity, security, governance, and self-determination. Unfortunately, there are unavoidable and deep tensions in striving to satisfy these diverse needs. Stability and security are hard to reconcile with disruptive technological change. Local control of one’s destiny conflicts with global interdependence and its benefits.

Dr. Fred Hu and I wrote this summer, in an article in Foreign Affairs, that each of the four principal flows that define globalization—goods and services, capital, people, and data and technology—is under some kind of assault, for understandable reasons. Globalization no longer meets the needs of people and societies, and entails costs and risks that are becoming more evident. Local control, cultural identity, sovereignty, and the desire for more inclusive growth are in conflict with powerful market and technological forces.

The benefits of international cooperation remain significant, as do the costs of not cooperating, especially in certain areas like climate change.

Yet, the benefits of international cooperation remain significant, as do the costs of not cooperating, especially in certain areas like climate change. And the commitment to some form of multilateralism remains very broad, including in the US, if you go beyond the posture of the current administration, to subnational units and business.

The bottom line is that the current global disorder is not hard to understand. It is in part a manifestation of these tensions and attempts to resolve or rebalance them. And it stems partially from the issue of adapting the global order in response to the growing power and impact of the emerging economies, hardly a frictionless process.

Whether, and exactly how and when, disorder of this type will affect economic outcomes is hard to know. It is inadvisable to dismiss it entirely as a source of increasing systemic risk. Perhaps the rising tide of populism and nationalism will recede as economic performance improves. But it could go the other way, with policies that neither shift distributional trends nor solve critical global interdependence challenges. One thing does seem clear: the status quo isn’t stable and is unlikely to last.

This article is adapted from a speech given at the Asia-Global Dialogue on November 22, 2017.

Nobel Laureate Michael Spence is a professor of economics at the Stern School of Business at New York University, professor emeritus of management at the Graduate School of Business at Stanford University, a senior fellow of the Hoover Institution, and a distinguished visiting fellow at the Council on Foreign Relations. He is an advisory board co-chair of the Asia Global Institute and a member of the AsiaGlobal Fellows faculty committee. He is a member of the editorial board of AsiaGlobal Online.