Globalization is not just dominated by big brands. Low-cost knock-offs of popular items such as mobile phones also cross the globe, often from China to the rest of the world. Although it operates below the radar, this trade powers growth. 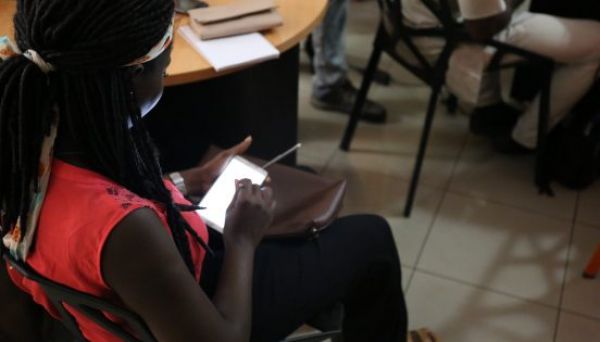 Low-end globalization is the flow of people and goods across borders that involve small amounts of capital and informal, sometimes semi-legal or illegal transactions.

For example, the typical consumer in Lagos or Karachi who seeks a smartphone does not visit an Apple or Samsung showroom. Rather, they buy a Chinese-made knock-off from a street vendor for a fraction of the price of the original. It is goods such as this that bring global communication to the developing world, even if that involves copyright infringement and customs bribery.

For this reason, policymakers in the developed world should acknowledge the benefits of low-end globalization to developing-world consumers, and create legal spaces for this trade to be done safely.

Trading Knock-Offs in the Global Factory

In order to better understand low-end globalization, I spent 2013-2014 ethnographically exploring the lives of African and Arab traders in Guangzhou, the heart of the South China global factory. I estimate that there are some 15,000-20,000 African traders in Guangzhou, though accurate statistics are impossible to find. They come from every sub-Saharan African country, with Nigeria, Kenya, Angola, and Mali particularly well represented.

Just as the number of African traders is difficult to gauge, so too is the extent of trade. Officially, China’s exports to Africa amounted to US$95 billion in 2017, but actually the figure may be far higher. Traders understate the value of their goods by 50-60% or more in order to avoid paying duties.

Guangzhou trades in a vast range of goods. These include building tiles, office furniture, and televisions, and most commonly, clothing and mobile phones.

"Everything that we have is a copy from China except for sunlight!"

A Chinese factory can typically produce tens of thousands of an item in several weeks, with no heed paid to copyright. These goods are often knock-offs, not using the brand name of the original, but rather its design, perhaps with a few modifications.

These knock-offs generally proceed from China to various African, Middle Eastern, South Asian, and Latin American countries without any legal problems, and are sold at 20-50% of the price of the original.

Bribes Are Cheaper Than Customs Duties

The passage of goods between China and African countries typically involves two major points of illegality: getting the goods past customs in China, and getting the goods past customs in African countries. In China, knock-off goods are generally safe from prosecution, but copied goods, bearing the brand names of the originals, may be confiscated unless bribes are paid. In 2013, the rate for such a bribe was US$150 per three cubic meters of copies in a container.

In African countries such as Nigeria and Kenya, bribery of customs officials is even more widespread. The opportunity to bribe is welcomed by traders because it is much cheaper than paying customs duties. “Why should I pay full customs duties? It will only go into officials’ pockets,” said a Nigerian trader. “Corruption is good … because it enables me to get my goods to consumers at cheaper prices,” said a Kenyan trader.

The goods imported by such traders are usually of mediocre quality, but they fulfill a desire for a comfortable lifestyle. As a Kenyan entrepreneur told me in a Nairobi coffee house, "Because of our economy, not many people here can afford to buy the genuine stuff. But with the copied stuff from China, everyone is assured of owning a TV, a mobile phone, a motorbike. That only comes through China. Everything that we have is a copy from China except for sunlight! Yes, the copies work; they are very useful. They play a big part in our lives, even though they’re not durable."

Earn Big or Lose Everything

Because low-end globalization is conducted under the radar of the law, this is a risky business for those who engage in it.

African traders in Guangzhou are in many ways at the mercy of their Chinese suppliers. Non-Chinese-language contracts are often not provided, and in any case are largely unenforceable, with courts seen as being useless.

The constant refrain among African traders is that “the Chinese cheat!”

The traders who buy these goods in Guangzhou and send them back to Africa can, with luck and skill, earn magnitudes more money than the per capita income of their home countries. But they can also lose everything: some half of all first-time traders never return to China.

The constant refrain among African traders is that “the Chinese cheat!” Chinese vendors tend to cut corners as a tactical response to the very low prices requested by African traders. Of course, some African traders cheat as well, but there are many more opportunities for Chinese merchants to cheat—Chinese suppliers in their home country have much more power than visiting African traders do.

While African traders in Guangzhou fear being cheated, many Chinese fear that these traders will not return home, but will stay in China indefinitely. This fear paradoxically becomes a self-fulfilling prophecy due to a combination of poor immigration measures and an overly risky business environment. This can leave people in legal limbo for years.

Nigerian Igbos constitute the largest group of overstayers, because of the Chinese government’s reluctance to renew Nigerian visas and Igbos’ own disinclination to return home without having made a success of their lives. As one Nigerian overstayer said to me, “My life in China is like a gazelle on a nature program on Discovery Channel drinking from a water hole with crocodiles waiting to grab it. You may wake up any time with your hands cuffed together,” taken off by the police for an indefinite jail stay, and eventually sent home.

The crackdown against overstayers has become increasingly intense, with stories circulating of half-Chinese children sobbing inconsolably as their African fathers are carted off, never to be seen by them again.

China’s actions in ensuring that traders remain temporary visitors are questionable. Yet, the global factory has made it easier for Africa, as well as South Asia and Latin America, to enjoy the goods of globalization at prices that people in these regions can afford. China, with the power of its manufacturing sector and laxity of its laws, is the world’s engine of low-end globalization. More than any other country in the world today, China is developing the developing world. I see this, despite the legal and moral violations it may entail, as all in all a great benefit for the world.

Gordon Mathews is a professor and chair of the Department of Anthropology at the Chinese University of Hong Kong. He has written, with Linessa Lin Dan and Yang Yang, "The World in Guangzhou: Africans and Other Foreigners in South China’s Global Marketplace," from which this article is derived.