Liberal Arts in Asia: Globalization and Its (Dis)Contents

In our rapidly changing global, digital, and urban contexts, we no longer have the luxury of attending to just one region of knowledge. Asian universities are responding with the reinvention of liberal arts programs. 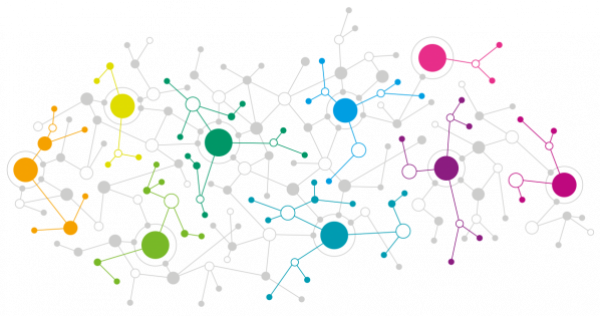 “Forget liberal arts. If you want a job, you had better get a business or STEM (science, technology, engineering, and mathematics) degree.” Since the time of Ronald Reagan and Margaret Thatcher, this has, to many, been a guiding principle in thinking about higher education. Long under siege, the tide is now turning for the liberal arts model of undergraduate learning, which is experiencing a powerful surge of interest in Asia.

On the level of consortia, Lingnan University has just launched the Alliance of Asian Liberal Arts Universities, and the Common Core@HKU recently initiated Global Liberal Arts Design Experiments (GLADE) in order to convene like-minded innovations within the ecology of universities. And this is only a small sampling of the activity in Asia.

Partially, this resurgence comes from a growing understanding that both STEM and business degrees require learning across multiple domains of knowledge in order to be most effective in the new economy, and that the fantasy of quantifying all aspects of learning is destructive. Perhaps more importantly, however, is the fact that all of these programs in Asia have an opportunity to reinvent liberal arts in a time of globalization, digitalization, and urbanization.

This resurgence comes from a growing understanding that both STEM and business degrees require learning across multiple domains of knowledge in order to be most effective in the new economy.

“Liberal arts,” here, marks programs that are cross-disciplinary and complementary to the majors; that enhance collaboration, creativity, and project development skills. These initiatives are being shaped to meet the needs of a rapidly shifting economic formation; to create new forms of teaching and research; to ask questions about the ethics of inequality and injustice, resource depletion and renewal; and to track the changing nature of the human body and social identity due to forces such as technology and migration. The liberal arts must matter deeply to colleagues and to students or such an educational philosophy will lose the momentum that it is currently gaining.

The New Context for the Liberal Arts in Asia: Globalization, the Digital, and Urbanization

Three waves of extraordinary change have recently swept across the planet: globalization, the emergence of an immersive digital culture, and increasing urbanization. All of these are extremely complicated networks of (dis)connectivity that both provide greater opportunities and possibilities of inequality, and facilitate a net of widespread and fine-grained surveillance.

These three movements, in turn, are linked to a shifting concept of geopolitics, where the prefix indicates both the Earth—we are acutely aware of the destruction the human species is creating—as well as the geographical imaginary of international relations, trade, governance, warfare, the exchange of ideas, and art-making.

The new liberal arts must take account of this complex context and replace Bildung, the formation of individual and national identities, with an engaged and localized cosmopolitan learning that addresses the changing global, digital, and urban context of our lives together.

This emerging liberal arts will not be abstract. Rather, it will offer transnationally localized curricula that are focused on learning to work together on whatever is most pressing in the neighborhood, the city, and in both digital and global contexts. We no longer have the luxury of only attending to one region of knowledge.

The liberal arts need to respond to the urban contexts by building curricular options that help to reconfigure urban space toward a more resilient and joyous livability.

The common element of the new liberal arts across regions and universities will not be pre-established domains of knowledge but, rather, an intermixing series of questions and platforms for learning. Only this flexibility will enable us to take advantage of our different dispositions in relationship to the macro and micro challenges.

This hybridity of the liberal arts will include essential texts as well as media projects, art and science installations, virtual and physical exchanges, laboratories of the urban, and student-initiated projects. The figure of a “course” is becoming more of a series of learning projects, whether through exchanges, internships, or transdisciplinary research fellowships like the one HKU co-organizes with Utrecht University. In these projects, the professorial role is to guide and refine while the students take on much more initiative about the focus of the experience. All of this entails deep shifts in our conception of ourselves and the university, which will, in turn, enhance the reinvention of the liberal arts in Asia.

The liberal arts need to respond to the urban contexts by building curricular options that help to reconfigure urban space toward a more resilient and joyous livability. This is a very tangible way to enhance students’ interventions that make a difference in the quality of life in their home cities. It simultaneously enhances their analytic and communication capabilities.

Our own efforts in the Common Core@HKU manifest as individual courses designed specifically for the Core, co-curricular activities, the development of learning partners in Hong Kong, and the recently launched GLADE. What seems to be drawing the most attention are class-to-class virtual encounters, interactions with the dilemmas of the Anthropocene, and using the city as a campus.

The liberal arts are alive and well in Asia because they articulate a leading edge of innovation that contributes to a higher quality of lived experience.

In the context of globalization, digitalization, and urbanization, it is this type of liberal arts that will give the university its best curricular options to address the enormously complex problems of our time.

There are, naturally, ongoing challenges facing all of these efforts to grow the liberal arts, including the sustainability of financial support; the struggle to viably conjoin the demands of teaching and research for colleagues; the way to speak to parents and students about the “utilitarian” opportunities and limits therein; and the examination of how such initiatives are related to the forms of governance across the region.

There is no magic potion that will dissolve these challenges, but only the demanding and inspiring work to create platforms for thoughtful action. In the context of globalization, digitalization, and urbanization, it is this type of newly designed liberal arts that will give the university its best curricular options to address the enormously complex problems of our time. As a series of collaborations on our campuses and beyond, the development of the new liberal arts offers us the difficult joys of learning and learning how to learn.

Kochhar-Lindgren, Gray. "Hong Kong’s Laboratory of Liberal Learning: Design-Thinking, Phronēsis, and the Common Core." In The Evolution of the Liberal Arts in a Global Age, edited by Daniel Araya and Peter Marber. New York: Routledge, 2017.

Gray Kochhar-Lindgren is a professor and director of the Common Core at The University of Hong Kong. With a PhD in interdisciplinary studies, he has taught in the United States, Switzerland, and Germany and served as a Fulbright Scholar, visiting professor at Utrecht University, and associate vice-chancellor for undergraduate learning at the University of Washington Bothell. He is the author of, among others, "Kant in Hong Kong" and "Night Café," and is currently writing on the global university and on the interplay of philosophy and the city.