Bakhrom Radjabov, 2022 AsiaGlobal Fellow and author of Social Innovations in Post-Soviet Countries, outlines findings from his study of social innovation projects in post-Soviet Central Asia, Eastern Europe and the Caucasus. From his research, he draws lessons for creating the supportive environment needed for effective social innovation. 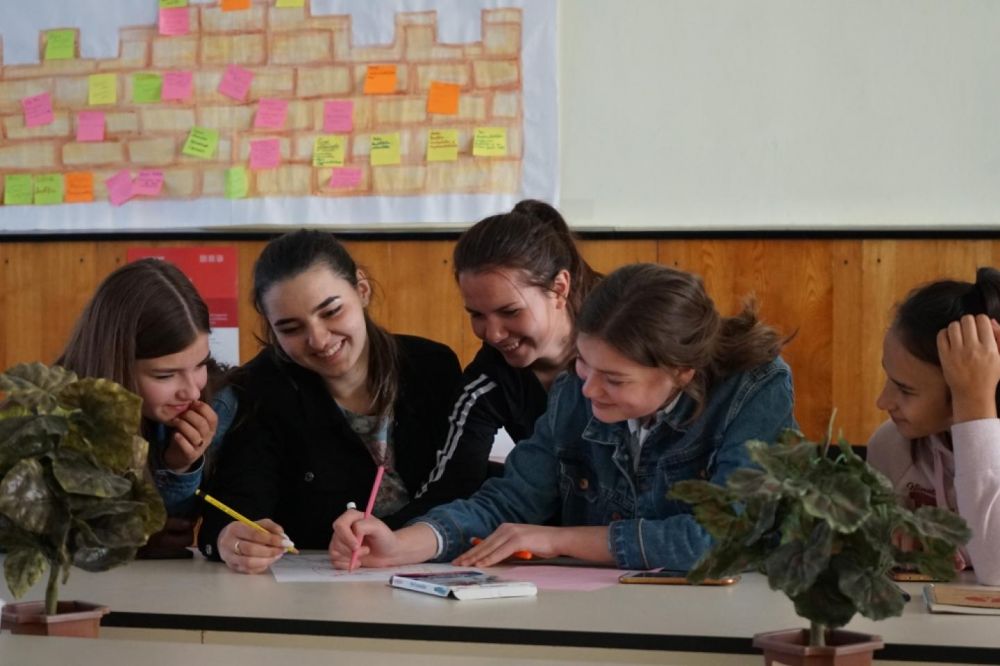 In Moldova, UNICEF’s UPSHIFT Program empowers adolescents to be innovators as a way to address maltreatment of youth, sexual violence, psychological attacks and bullying: New ideas for social innovation have come out of both the public and civic sectors (Credit: UPSHIFT Moldova)

Changes in post-Soviet countries often go unnoticed by the international community – until something bad happens. The processes driving changes in this part of the world are therefore seldom fully understood. While mainstream analyses often entail macro level political-economy assessments of developments in Central Asia, South Caucasus and Eastern Europe, they usually fail to take into account changes on the ground. While a granular study of current affairs in this region may not be very helpful, neither are superficial approaches based on already well recognized patterns.

In my book, I examine social innovation projects (SIPs) in post-Soviet countries to understand better and explain how new social practices at the micro level have replaced old, inefficient ones and disrupted social, economic, entrepreneurial and governance systems to achieve desired outcomes.

In post-Soviet countries, international development organizations (or donors) have been heavily involved in supporting SIPs. In their pursuit of development goals, these organizations intentionally frame the projects they support as volitional social innovations that test and try new development aid delivery mechanisms. Such organizations also intentionally mix the idea of social innovation with different terms such as “civic engagement”, “civic technology”, and “social start-up”, among others, raising the danger of diluting the concept’s meaning.

What is social innovation?

Social innovation is a multidimensional concept that varies across public, civic and private sectors and is used to fill the gaps in the national welfare systems of developed countries, strengthen social cohesion, and/or satisfy basic needs in developing or poor countries. The concept of social innovation can be further defined as in the illustration. These criteria help set the standards of social innovation and determine whether SIPs should be considered true social innovations over time. 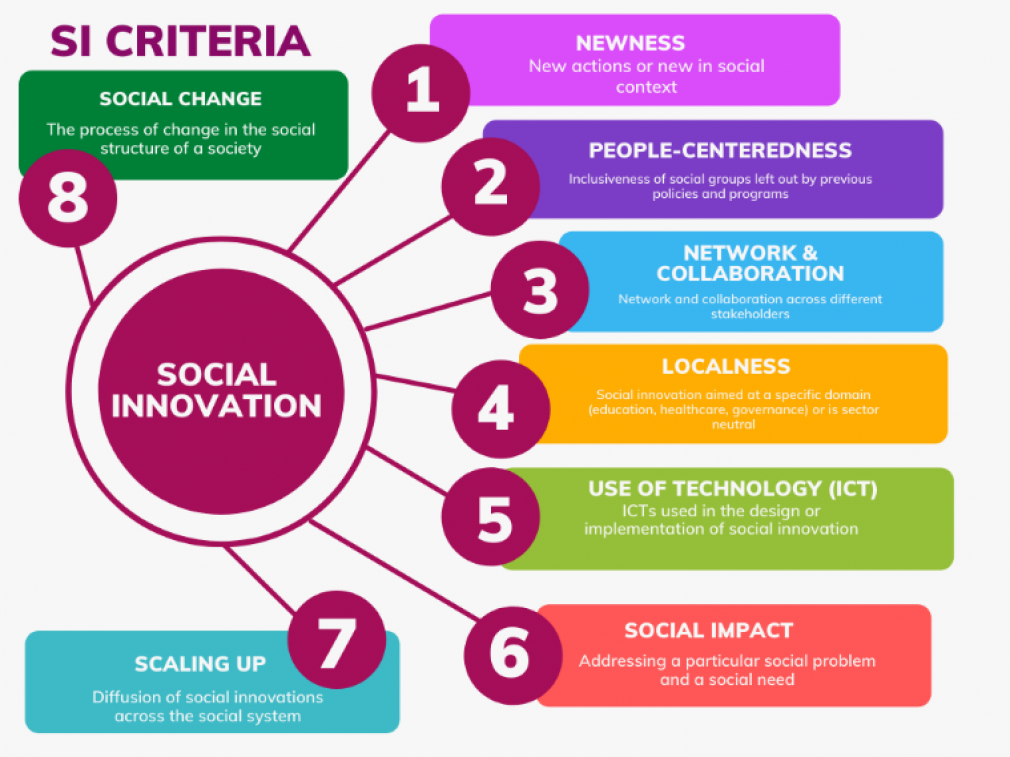 Different aid and civil society organizations such as the United Nations Children’s Fund (UNICEF), the United Nations Development Programme (UNDP) and the United States Agency for International Development (USAID) have applied these criteria to evaluate SIPs in post-Soviet countries – nine of which are covered in my book (Armenia, Azerbaijan, Georgia, Kazakhstan, Kyrgyzstan, Moldova, Tajikistan, Ukraine and Uzbekistan). My research included a literature and theoretical review, as well as analysis of program and project documents, websites and social networks. Finally, I conducted interviews with representatives of 20 organizations.

Though SIPs in post-Soviet countries share many common features, they vary from country to country in different aspects. A key general observation is that, particularly during the Covid-19 pandemic, informal networks and communication technologies, rather than organizations, facilitated peer support and aid for people excluded from medical care systems.

While social innovations are often contextually new in post-Soviet Central Asia, for instance, generating a fresh idea for a project is not always feasible. With their traditional approach to social innovation, ideas often come from the civic sector, which lacks the tools to bring innovations to fruition. Notably, however, in Armenia, Georgia, Moldova and Ukraine, new ideas for SIPs have been generated in the public and civic sectors, promoting civic technologies and public-sector innovations.

For example, the local government of the city of Lviv in Ukraine designed and launched an e-service for local inhabitants to track the circulation of cars in the city to avoid rush hours. In Yerevan, the capital of Armenia, Kolba Lab, the UNDP’s social innovation lab in the country, launched a digital platform for parents to check the availability of places for kids at schools. In Moldova, during Covid-19, the Moldova Social Innovation Lab designed and released a mobile app that tracks the number of visitors in the local clinics to ensure social distancing and prevent the spread of infection. Meanwhile, in Georgia, Service Lab redesigned the 112 emergency service, adapting it to the needs of people with disabilities.

SIPs are not always human-centered

In countries such as China, Turkey, post-Soviet Central Asia, and partly in Azerbaijan, many SIPs were designed to focus on areas that national governments prioritized. This has often resulted in SIPs with a top-down design, which hinders their sustainability once governments terminate support. In Armenia, Georgia, Moldova and Ukraine, intermittent government support and active civil societies mean better prospects for SIPs. 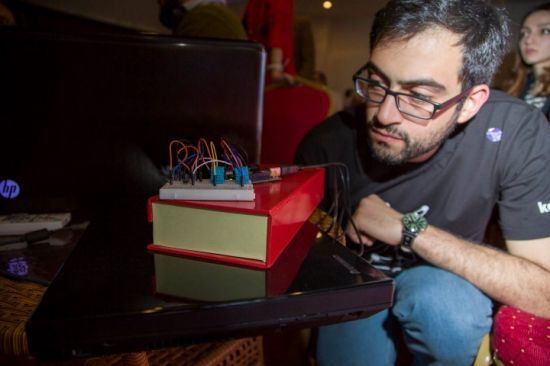 There is robust networking and collaboration among multiple stakeholders, namely NGOs, international donors (such as the USAID, UNICEF and UNDP) and governments in post-Soviet republics. Often, governments regard innovations as an additional burden and are typically reluctant to introduce changes. There have been success stories of “policy entrepreneurs” in local governments in Armenia, Ukraine, Georgia and Moldova. While they have facilitated some collaboration with governments, however, it remains insufficient for SIPs because cooperation was intermittent and limited to those considered priorities. To turn a SIP into a true social innovation requires more time and political commitment. Moreover, despite the involvement of international donor organizations in designing and running SIPs, promotional work has been poorly coordinated.

Most SIPs are launched as local initiatives aimed at specific domains (e.g., local governance, social services, healthcare, support for local communities) – rarely as drivers of systemic shifts. The primary reason for this in Central Asia is the lack of governmental support to implement the necessary institutional, legal and other changes to institutionalize SIPs. In Armenia, Ukraine, Moldova and Georgia, besides having greater civil society participation, legal steps have been taken to secure the availability of open data that could later be used to run “social start-ups” and/or services combating corruption. Examples include electronic school access and registration in Yerevan, or the greater involvement of the general population in decision making such as Armenia’s crowdsourcing ideas for its national budget.

In many SIPs across post-Soviet countries, the trend of using information and communications technologies prevails. In Moldova, Georgia and Ukraine, mobile applications collecting data resulted in better traffic prediction, improved local government services based on the needs of local inhabitants (e.g., in the city of Rustavi in Georgia), or enhanced predictions of patient flow in local hospitals in Moldova during the Covid-19 pandemic.

This is due to missing methodology and the lack of good-quality data on SIPs. There have been notable attempts at meaningful measurement. In Armenia, NESTA standards of evidence were partly applied to solve the problem. The Social Innovation Index of the Economist Intelligence Unit (EIU) and the assessment tools offered by the European School of Social innovations focus on evaluating the impact of social innovations. Post-Soviet countries, however, have yet to undertake such evaluations.

SIPs are scaling up but some more than others

SIPs in Armenia, Georgia, Moldova and Ukraine have demonstrated signs of scaling up and diffusion across the social systems of these countries. The scaling up of social innovations in post-Soviet Central Asia has been possible to a limited extent due to collaboration with governments, while in Armenia, Moldova, Georgia and Ukraine, successful cases of civil society and government cooperation have attracted attention. Evidently, in countries with a more active civil society and a cooperative government such as Armenia and Ukraine, the possibility of SIPs integrating into the social fabric is generally greater, and social change becomes more likely to happen. 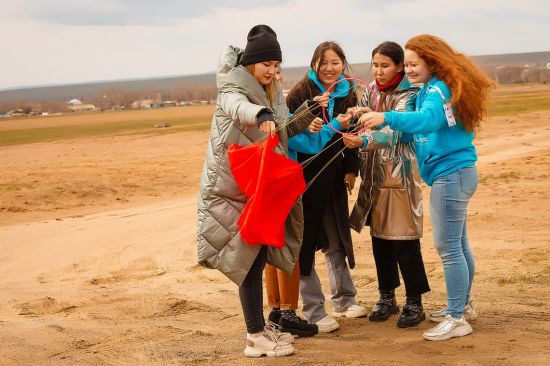 In April, over 230 girls in Kazakhstan, Kyrgyzstan and Uzbekistan participated in a program to launch nanosatellites to analyze pollution: Measuring the impact of social innovation projects remains challenging (Credit: Ruslan Kostrykin/UNICEF Kazakhstan)

How to support social innovation

Social innovations can have the power to bring social change within post-Soviet countries – and indeed in any society – when they are introduced in a supportive environment.

These are some general recommendations for creating such an ecosystem: 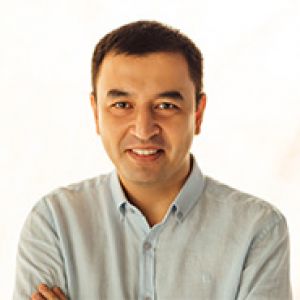 Bakhrom Radjabov is a 2022 AsiaGlobal Fellow of the Asia Global Institute at The University of Hong Kong. He is an expert on social innovation, political economy and international development, focusing on the research and application of social innovations in the Eurasian region. His book Social Innovations in Post-Soviet Countries was published by Routledge in June 2022. He is head of the Friedrich Ebert Foundation in Uzbekistan and is also an adjunct professor at Webster University in Tashkent, where he teaches international relations and education and innovation. He worked as a senior administrative assistant for the Organization for Security and Co-operation in Europe (OSCE) and Office for Democratic Institutions and Human Rights (ODIHR) election observation missions to Uzbekistan. He worked at the United Nations Development Prorgramme (UNDP) in Uzbekistan, where he led public outreach programs for the promotion of social innovation. He also served as the national project coordinator for a German International Development Corporation (GIZ) regional project. He also worked as the project manager of the UNDP/Ministry of Employment and Labor Relations Joint Project aimed at adapting population skills to the post-pandemic economy in Fergana Valley in Uzbekistan. He holds a master’s degree in international studies from the University of Tsukuba in Japan, an MA in global political economy from the University of Kassel in Germany, and a doctorate in social sciences from the University of Tsukuba. Dr Radjabov studied social entrepreneurship and humanitarian innovations at the Brown International Advanced Research Institutes at Brown University and in public policy at the Central Asia Program of the Elliott School of International Affairs at George Washington University, both in the US. He has received training in innovative entrepreneurship and business Management at MASHAV, Israel’s international development cooperation program, and in think tank leadership through an online workshop organized by the Hertie School of Governance in Berlin and the Eurasia Foundation in Washington, DC. He is also the recipient of prestigious scholarships from the German and Japanese governments and a participant in various international programs run by the US State Department, the American Foreign Policy Council, and the Rumsfeld Foundation.