Persistent and widespread misconduct has fueled distrust in the financial services sector. After an investigation lasting over a year, a commission of inquiry in Australia uncovered a shocking level of systemic malpractice and the culture of self-interest and lack of accountability that led to it. Asia-Pacific countries, where economies and services sectors are expanding rapidly, would be wise to learn from those mistakes, writes business ethics expert Eva Tsahuridu of RMIT University in Melbourne. 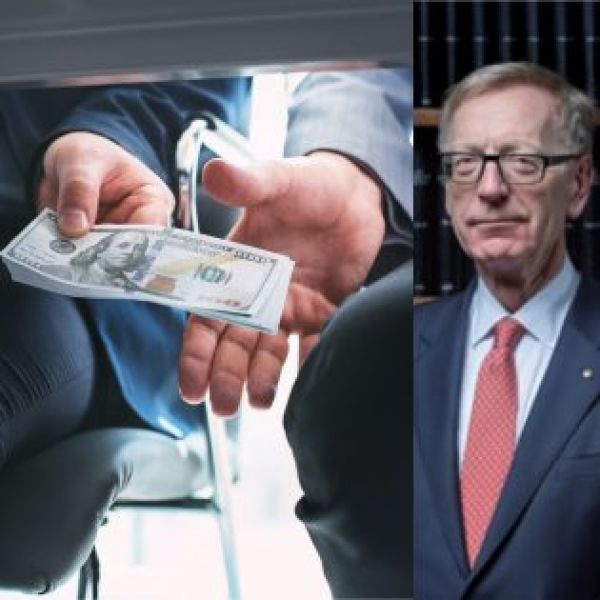 Trust in the financial services sector plunged around the world in the wake of the global financial crisis over a decade ago. Surveys show that the trust of investors and the general public in the industry has been rising in recent years. In its third global study of investor trust released in 2018, the CFA Institute found that, of the 3,000 retail investors in 12 markets worldwide who were surveyed, 44 percent trusted financial services, with 35 percent neutral and 21 percent distrusting the sector. In the Asia-Pacific region, trust was highest in India (71 percent) and China (70 percent) and much lower in Singapore (47 percent), Hong Kong (35 percent) and Australia (31 percent). Just 7 percent of respondents in Hong Kong and 10 percent in Singapore believed that their investment firm always put clients’ interests first.

This low level of trust is not surprising. Consider just recent regulatory action and legal investigations across the region. Last October, Chanda Kochhar quit as chief executive of ICICI Bank, one of India's largest private-sector lenders, amid an investigation into alleged conflict of interest. She and her husband were later charged with cheating and conspiracy to defraud the bank.

The range of these cases and their regularity suggest that malfeasance in the industry is a widespread problem requiring constant attention. Policymakers and regulators in the region would do well to learn from the experience of Australia, where a public inquiry has uncovered egregious misconduct endemic to the industry in a country that boasts some of the most profitable banks in the world.

Led by Kenneth Hayne, a retired senior judge, the Royal Commission into Misconduct in the Banking, Superannuation and Financial Services began its work in December 2017 and issued its 1,069-page report in February this year. The panel received 10,323 submissions and held seven rounds of hearings that gripped and shocked the nation. Exposed were systemic misconduct, practices that have or are resulting in class actions, possible criminal prosecutions, executive and board director and chair resignations, and profit and share price crashes. More consequences are expected.

The commission revealed that unethical and illegal practices had become standard operating procedure. These included mis-selling, fraud, charging customers for services that were not provided, billing the estates of dead customers for up to a decade, paying cash bribes to win mortgage business, rigging interest rates on consumer loans, and misleading regulators or not reporting violations.

Many of these practices went on unimpeded in part due to conflicts of interest and close relationships between the regulator and the regulated. The commission identified these key causes for the wanton misconduct:

Self-interest affects our perception before we are conscious of its influence. It colors what we see and how we see it. Self-interest can trump all other interests and, in most cases, the decision maker may not be aware of its influence. What the commission confirmed is that people will find a way to achieve what will benefit them.

To understand the kind of systemic misconduct that the commission uncovered, it is not sufficient to look just for bad apples, the unethical individuals. The problem is with the whole barrel – the organization itself – a place where survival and success mean doing what others are doing, what is measured and rewarded. But what mechanisms, what kind of culture, can make good people behave in ways that go against their own values and yet feel neither discomfort nor distress? Conflicts of interest and biases work mostly outside the consciousness. They are hard to discern in one’s self and to address because people think that they are not biased and thus do not have a problem like others do. They are therefore unconcerned.

The commission’s report outlines the failure of regulators to address effectively problems that were known for years, focusing on customer compensation arrangements rather than dealing with the causes of the issues – the prevailing culture in the industry – and holding to account those who did wrong. Over the years, corners were cut and no one was punished, leading to bigger corners being cut by more people. Ethics slipped down a very steep and slippery slope.

After every cycle of scandals that uncover serial misconduct, there is usually a proliferation of regulations and pledges by the authorities to focus anew on compliance. The effectiveness of these efforts will remain limited if they continue to underestimate the influence of self-interest on human behavior. The causes and cures for misconduct seem clear but the difficulty lies in swallowing the inconvenient truth that people even in institutions that may appear trustworthy or have a record that may suggest that they are deserving of trust are not as objective, ethical or impervious to malicious influence as one might hope or expect. Aligning self-interest with the fulfillment of obligations would seem to be a more constructive approach.

Organizations and their leaders, particularly in the Asia-Pacific region, where financial services sectors are growing rapidly, can avoid misconduct if they know what fuels it.

On July 23, the Australian Prudential Regulation Authority (APRA), whose own culture, conduct and performance has recently been criticized, issued a draft prudential standard, which aims to clarify and strengthen remuneration requirements in the financial sector. The proposals focus on:

While these proposals may be seen as reining in the extreme focus on short-term financial goals, they are unlikely to lead to the fundamental cultural shift required in the financial sector in Australia. I propose some more inspired measures that organizations should consider:

The commission offered 76 recommendations. As many industry analysts have argued, however, the report effectively lets the banks and other financial institutions off lightly despite the widespread misconduct exposed, allowing conflicts of interest to persist. That the share prices of Australian financial institutions increased following the release of the report indicates that the market agrees with that assessment. While the financial-sector malpractices that were revealed are abhorrent and their scale, scope and systemic nature astonishing, the fact that the causes are known offers some optimism in what is a calamitous situation.

Organizations and their leaders everywhere, particularly in the Asia-Pacific region, where financial services sectors are growing rapidly, can avoid misconduct if they know what fuels it. They should learn from the mistakes that Australia made that the commission so starkly laid bare. Start measuring what matters for ethical conduct; reward achievement based on metrics of organizational and employee wellbeing; and review the effectiveness of oversight and regulatory bodies and regimes. Without such an approach, organizations will likely follow their employees down that ethical slippery slope, possibly to commercial oblivion.

Royal Commission into Misconduct in the Banking, Superannuation and Financial Services Industry. (February 1, 2019) “Final Report – Volumes 1,2 and 3”, Commonwealth of Australia.

Eva Tsahuridu is associate professor in the School of Accounting, RMIT University, Melbourne, Australia. She advises on professional and accounting ethics and served as a technical adviser to the International Ethics Standards Board for Accountants. Her research interests include personal and organizational ethical conduct, whistleblowing, ethical and professional standards and philosophy of management.