The Korean Games, Olympic and Otherwise

North Korea has agreed to march alongside South Korea and to have a joint women’s hockey team with its neighbor at the 2018 Winter Olympic Games in Pyeongchang. The sports diplomacy of North Korea is often unpredictable, but could this particular instance signal a geopolitical détente in an East Asia gripped by nuclear fears? 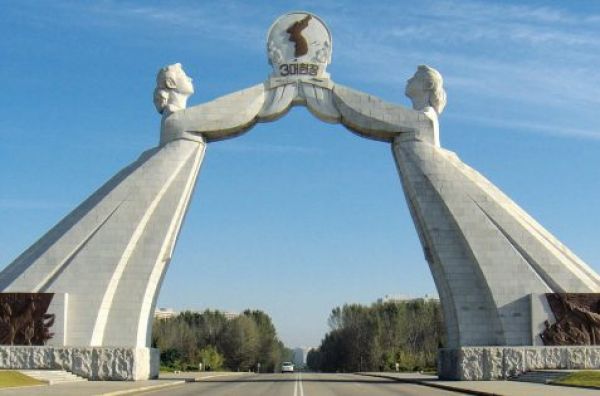 On February 9, 2018, the Winter Olympic Games will officially begin in the South Korean town of Pyeongchang. But Olympics-induced games of a diplomatic sort have already begun on the Korean Peninsula. In January 2018, North Korea stunned the world with the announcement that it will participate in the Games in Pyeongchang. Prior to this announcement, the world had prepared for the worst, owing to North Korea’s multiple nuclear missile tests in 2017. However, the situation has now, it appears, taken a turn for the better.

Not only did North Korea agree to march alongside South Korea in the Games’ opening ceremony and field a joint women’s hockey team, but it also agreed to have Hyon Song-wol—a North Korean pop singer and an alleged former lover of Kim Jong-un—organize music performances in South Korea during the Games. Using the Games as an entry point, Kim went further by agreeing to the resumption of military talks between the two countries.

Sports diplomacy between the two Koreas has been seen before. Athletes from North and South Korea marched together at the opening ceremonies of the 2000 and 2004 Summer Olympic Games in Sydney and Athens, as well as at the Asian Winter Games in 2007, when the two governments looked to enact conciliatory policies.

The Games in Pyeongchang feature the first-ever joint Korean team at an Olympics.

However, these most recent developments are going much further. The Games in Pyeongchang feature the first-ever joint Korean team at an Olympics. This is historic and deeply symbolic. It is a most welcome turn of events, considering how the prospect of war loomed large just a few months ago.

North Korea and Sports: Whatever It Takes

When Mao Zedong, engaging in ping-pong diplomacy, decided to send a Chinese team to the 1971 World Table Tennis Championships, he urged North Korea to do the same in the name of solidarity, promising to help the North Korean team gain some victories. However, one of the Chinese players at the tournament ended up defeating his North Korean opponent. As a result, Beijing had to send an apology mission to Pyongyang.

But the North Koreans refused to reciprocate when their players defeated Chinese players. In the soccer qualifiers for the 1980 Olympics, China, Japan, and the two Koreas competed for two spots in the next round. North Korea and China plotted to help each other win with a secret agreement to play to a draw of 3:3 when they faced off. But when the score reached 3:3 during their game, the North Koreans scored again, making the tally 4:3. They then refused to allow the Chinese team to score another goal. The Chinese ended up with a defeat.

When the score reached 3:3 during their game, the North Koreans scored again, making the tally 4:3. They then refused to allow the Chinese team to score another goal. The Chinese ended up with a defeat.

We should not be surprised by North Korea’s behavior in sports, diplomacy, or politics. George Orwell once famously declared, “Serious sport has nothing to do with fair play. It is bound up with hatred, jealousy, boastfulness, disregard of all rules and sadistic pleasure in witnessing violence. In other words, it is war minus the shooting.” The North Koreans, it seems, have taken Orwell’s words to heart.

An Unexpected Way Out of the Crisis?

Of course, it is still too early for us to understand the true diplomatic and political meaning of the 2018 Winter Olympics to Asia and the world in the long term. The latest gesture of unity has been the most dramatic in a decade, and might suggest that Pyongyang has a more far-reaching agenda. Mao and American President Richard Nixon’s ping-pong diplomacy contributed to the breaking of Beijing’s diplomatic and economic isolation. As politicians, Kim and President Donald Trump may not be able to match Mao and Nixon, but if the impetus is there, they might be able to do something together that resembles ping-pong diplomacy.

In a sports competition, there is only one champion and one gold medal, but in the game of politics and diplomacy, there is room for win-win outcomes.

In other words, the 2018 Winter Olympic Games might present a historic opportunity for the parties involved to play another type of game, one that improves North Korea’s relationship with South Korea, the US, as well as China.

In a sports competition, there is only one champion and one gold medal, but in the game of politics and diplomacy, there is room for win-win outcomes. Although it remains unclear whether North Korea’s latest overtures will lead to lasting peace or turn out to be a short respite, they have at least brought a positive air of reconciliation and diplomatic thaw into the powder keg on the Korean Peninsula. When the Games open with the image of athletes marching behind a “unified Korea” flag, it will be massively meaningful. Let the Games, Olympic and otherwise, begin! 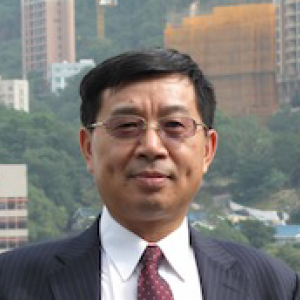 Department of History, The University of Hong Kong

Xu Guoqi is the Kerry Group Professor of Globalization History at The University of Hong Kong (HKU). Born in China, he has taught in both Asia and the US before joining the history department of HKU in 2009. He received his PhD in history from Harvard University under the supervision of the legendary Japan-born historian Iriye Akira. Dr Xu has published widely on various topics in both Chinese and English and is a leading authority on the international history of modern China, Asia and Sino-American relations. His recent publications include China and Great War (Cambridge University Press), Strangers on the Western Front: Chinese Workers in the Great War (Harvard University Press), and The Idea of China? (forthcoming from Harvard University Press). Professor Xu has been working on two book-length research projects: The first is on Sports and the Idea of China, while the second is tentatively titled China’s World: A Shared and Transnational History, 1500-Present.