Japan has traditionally imposed one of the most stringent immigration policies among developed nations. But with aging demographics, its increasingly critical labor shortage is prompting more radical approaches, including relaxing a virtual ban on unskilled workers. 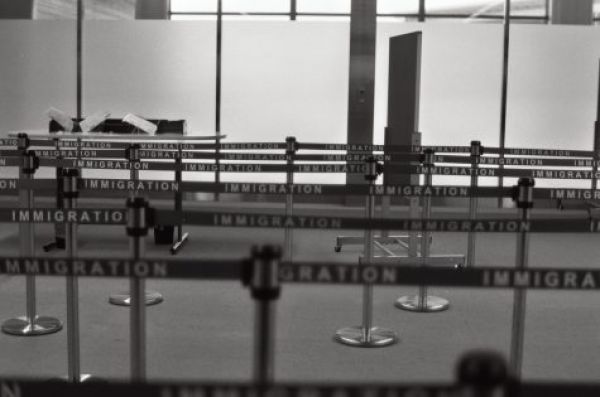 Many countries are currently wrestling with immigration policies, especially around the number of migrants to allow, the type of new people that should be allowed in, and questions of how to integrate foreign nationals into the population. Of the world’s developed economies, Japan has shown the most resistance to accepting immigrants into its labor force. The number of working foreigners in Japan has more than doubled in the past decade to 1.3 million, but that remains below 2% of the total labor force, compared with 13% in Britain and 39% in Singapore.

Japan long ago adopted a policy to accept just high-skilled foreign workers, and only as non-immigrants. But chronic labor shortages—especially in construction, shipbuilding, agriculture, healthcare, hospitality, and manufacturing—have caused the Japanese government to liberalize its immigration policy. In June, the Cabinet announced plans to create a new, five-year permit system, based on the proposal of the Council on Economic and Fiscal Policy, chaired by Prime Minister Shinzo Abe. It is reported that this system would accept 500,000 low-skilled non-Japanese laborers by 2025.

Chronic labor shortages have caused the Japanese government to liberalize its immigration policy.

The era of “Abenomics”—referring to the economic policies enacted since 2012 under Abe’s second prime ministership—has seen remarkable developments regarding Japan’s immigration policy. These have occurred against a background of falling birth rates and an aging population, as well as globalization. Japan’s points-based system has been newly revised by the government; and the discussion on immigration has, for the first time, embraced the possibility of accepting unskilled workers, such as foreign domestic helpers and agricultural laborers.

New to the Notion of Immigration

Generally, national immigration policy determines how many foreign workers a country admits, and under what conditions, while labor policies determine what protections are provided after foreigners are admitted. The two aspects influence each other, as well as realize the ideas of "selection," in terms of immigration, and "integration,” whereby foreign workers are absorbed into the host country’s domestic labor market.

Japan is a relative newcomer to the global debate on migration. One important but as yet unresolved issue is whether the country should accept immigrants who are given open-ended permission to stay (i.e., permanent residency) or accept foreigners only as non-immigrant guest workers who are allowed to stay temporarily.

Until recently, Japan had not taken the policy to accept foreign workers as immigrants. Nowadays, however, it is becoming easier for a foreigner who once entered Japan as a non-immigrant to acquire permanent resident status after a certain period of time.

A second issue for Japan is the qualitative assessment of foreign workers: should it accept only workers with special talents in professional fields, or include unskilled workers as well, to address labor shortages? Japan has tended to promote acceptance of foreign workers in skilled or professional fields, and reject acceptance of non-skilled workers. However, the program that the government is reportedly introducing would open a door for substantial numbers of unskilled workers.

Changes for Skilled and Unskilled Workers

In May 2012, a points-based system for highly skilled professional (HSP) workers was introduced in three fields: advanced academic research, advanced specialty/technology, and advanced business management. Points are assigned according to various criteria, such as education, work history, annual income, age, and research record. A foreigner who earns 70 points or more is recognized as an HSP and thus receives preferential treatment for entrance into and residence in Japan.

In subsequent years, the government has eased HSP requirements. The most significant change has been resetting the annual income minimum requirement at JPY 3 million yen (US$26,773). This requirement is even waived for advanced academic research professionals. One downside to this is that this loosening of requirements may negatively impact HSPs’ work prospects.

Building upon this, the government introduced a faster-track points-based application process in April 2017. Under this system, HSPs who earn 70 points or more can apply for permanent resident status after a three-year stay in Japan. Those who earn 80 points or more can apply after only one year. Although the government says that this is not a policy to accept immigrants, there is not much difference between giving permanent resident status at the time of entry and giving such status soon after entrance.

The situation is similarly changing for foreigners who are not recognized as skilled or professional workers. Given a rapidly aging workforce, several sectors are experiencing labor shortages. A third of Japan’s construction workers are at least 55 years old and the demand for construction workers is intensifying before the 2020 Tokyo Olympic and Paralympic Games. The increasing number of Japanese citizens over 65 years of age has intensified the need for caregivers for the elderly. Foreign caregiver qualifications are not recognized in Japan and migrant nursing workers must pass a certification course.

There has been much recent debate on the Technical Intern Training Program, which was originally established to transfer skills acquired at Japanese companies to developing countries. But, it has been criticized as a backdoor route for Japanese entities to acquire cheap labor from poorer countries. In order to improve the program, the 2016 Technical Intern Training Act was enacted to ensure the proper implementation of the program as was intended.

The Future of Immigration in Japan

The Japanese government is currently moving toward amending the Immigration Control and Refugee Recognition Act. This could lead to major changes in immigration policy; specifically, wider acceptance of unskilled workers. While some stakeholders see unskilled foreign workers as a source of cheap labor, others worry about the cost of educating and managing them, citing cultural and language barriers. Further concerns include “integration” factors, such as welfare costs, as well as public safety and social stability.

The Japanese government is moving toward wider acceptance of unskilled workers.

Although Japan has toughened some aspects of its immigration policy—such as the rules of the Technical Intern Training Program—this will be offset by the possibility of more relaxed requirements for HSPs and greater immigration by unskilled workers. At the same time, it is becoming easier for foreigners who have entered Japan as non-immigrants to acquire permanent resident status.

Recent pushback from the domestic labor market indicates that the government might need to conduct more extensive consultations. It might become necessary to introduce certain labor market tests, such as requiring employers who plan to hire foreign workers to show they have attempted to recruit domestic workers beforehand. In addition, the idea of “integration,” which should be considered within the framework of labor and employment policy, is not being given enough thought currently. In order to avoid negative impacts on the domestic labor market and problems regarding working conditions and foreign worker unemployment, it is necessary to integrate and adjust these policies with a long-term perspective.

Chizuko Hayakawa’s research focuses on Japan’s foreign worker policies. She has written extensively on immigration policy and integration policy with regard to foreign workers. She is the author of “Gaikokujin Rodosha To Ho” (Foreign Workers and the Law], Shinzansha, upcoming, 2018.