Is the Internet of Things Killing Your Brain Cells?

With the rise of “smart cities” touted as the next major step towards sustainable development, digitalization is changing economies and societies worldwide. But as Christopher H Lim and Henrick Z Tsjeng of the S Rajaratnam School of International Studies (RSIS) at Nanyang Technological University (NTU) in Singapore warn, staying connected round-the-clock could be devastating for brain health. 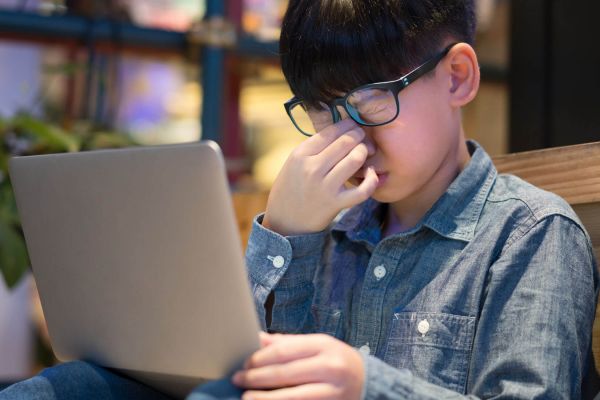 The dangers of connectivity: Are digital technology and the obsession with mobile devices and apps responsible for human cognitive decline? (Credit: myboys.me / Shutterstock.com)

Almost half of Asia is online, and its internet users comprise 51 percent of the world’s total online population. But digitalization, miraculous as it seems, could lead to devastating consequences, including addiction, sleep deprivation and even cognitive decline.

Take plastics, for example. Since the development of the plastics industry in the 1950s, we have become slaves to plastic: it is easy to use, convenient, and has a wide range of applications in areas such as packaging, construction, electronics, aerospace and transport. The use of plastics has even been extended to the medical field, where it has been used in regenerative medicine.

But the widespread use of plastics means the substance has got the world wrapped around its little finger. While seemingly indispensable, it has also become an uncontrollable pollutant that threatens our wellbeing. With its ease, wide-ranging applications, convenience and relatively low cost, could technology be the next threat?

The rise of smart cities

The digitalization of the economy and society has nowhere been more evident than in the proliferation of “smart cities”. In the past decade, smart city projects have emerged worldwide in places such as the US, India, South Korea, Hong Kong and Singapore.

Smart cities are supposed to be the next big thing in sustainable development. Using sensors, cameras and other devices to collect data, these high-tech urban areas electronically integrate social life, entertainment, architecture, business and work, allowing for the optimization and sharing of resources in a way previously unimaginable. Regardless of locality, age group and education level, everyone within a smart city ostensibly benefits.

Going beyond disrupting business functions, digital connectivity changes the creation and consumption of entertainment and educational content: whoever or wherever you are, it does not discriminate.

Inevitably, cities that have embraced the dogma of the smart city will digitalize communications between citizens and policymakers, using the digital infrastructure of the smart city as both an interface and platform in the shaping of societal agendas. This would further entrench citizens’ need for and increase their use of digital devices, as not doing so would deprive them of social, political and economic participation.

Due to the “fear of missing out” (FOMO), be it economically or socially, going about one’s day without digital devices has become unfathomable. A consequence of constant connectivity is getting addicted to connectivity, which is compounded by an innate addiction to learning more. Findings from both recent behavioral neuroscience research and earlier studies have established that human brains have an in-built psychological bias for curiosity. This causes people voraciously to seek information online, no matter how useless or excessive it is, spreading their attention thin across notifications and interacting with multiple inputs simultaneously. Dubbed “media multi-tasking”, some experts argue an excess of this behaviour could cause decreased gray matter density and poorer cognitive control.

At the very least, your FOMO could be keeping you awake. Blue-light emissions from the screens on cell phones, tablets and computers limit the production of melatonin – the hormone that controls the sleep-wake cycle. A reduction in melatonin could lead to difficulty in falling or staying asleep.

Sleep is critical to a number of brain functions, including communication among nerve cells. Research has revealed that during sleep – particularly deep sleep – our brain undergoes a “housekeeping” process, which removes toxins that have built up in our brains while we are awake.

During the process, microglia, which accounts for 10-15 percent of brain cells, clear old and worn cells to prevent inflammation. They chew up the dead cells and molecular debris between our cells via a mechanism called phagocytosis. Recent research on the mammalian brain, conducted by Michele Bellesi and his team from the Marche Polytechnic University in Italy, found that phagocytosis goes into overdrive when we are sleep deprived. This means that the brain eats its cells uncontrollably.

The researchers also found sleep deprivation to trigger heightened activity in astrocytes, a type of brain cell that prunes unnecessary synapses in the brain. Because synapses connect neurons with one another, over-pruning could irreversibly damage the brain’s healthy functions, such as learning and memory.

On the economic front, digitalization has offered both new opportunities and challenges. Meanwhile, our social fabric has been altered such that human-computer interactions are normalized, and the proliferation of smart devices accelerated.

Digitalization, however, may be progressing beyond our physiological and psychological operating optimal spectrum. While we marvel at the benefits of digitalization and how it supposedly powers cities, we need to be aware of its potential impact on cognition and sleep. In the advent of 5G, which will further entrench mobile devices and connectivity addiction in our daily lives, one wonders: Is it worth the loss of brain cells?

Resnick, Brian; Belluz, Julia; and Barclay, Eliza. (February 26, 2019) “Is our constant use of digital technologies affecting our brain health? We asked 11 experts.”, Vox.