With more than 1 billion active users, Instagram has become one of the fastest growing social media brands. But as the platform grows more popular, so too its links with poor mental health become more apparent. The Asia-Pacific region, a social media growth hotspot, is already seeing increasing levels of anxiety and depression – but it is also taking measures to deal with the problem. 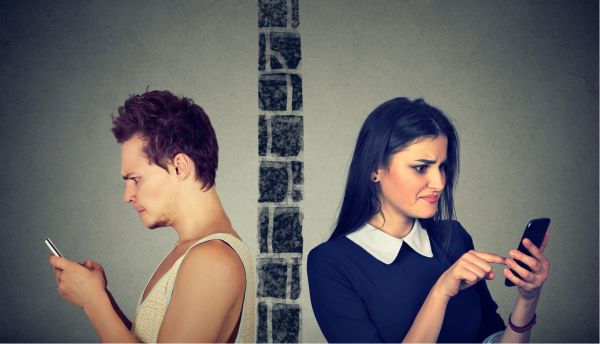 Social media has the potential to make us feel worse about ourselves because we have a natural tendency to make social comparisons. So in order to find out more about ourselves and where we fit in, we tend to look to those around us. Do they dress better or worse than we do? How do they feel about certain topics? Are they getting lots of attention? To be sure, this process can be healthy. For example, if we compare ourselves with others who are worse off (downwards social comparators), it can make us realize that things maybe aren’t so bad. Or, we can compare ourselves to people who are better off (upward social comparators) to motivate us to change for the better.

But there is no greater illustration of the downside of social comparisons than Instagram, the popular social media photo- and video-sharing platform owned by Facebook. The problem with Instagram is that people tailor their content so much, that rather than getting a healthy mix of upwards and downwards social comparators, we are faced with many more people who appear to be doing better than we are, via exposure to thousands of idealized images. Our perception of how the “average” person is doing, how they look, and what they’re wearing, becomes distorted, and we come to believe that we will never be able to catch up. That is, we are exposed largely to highly curated, idealized images.

Instagram is filled with these images partly because it has become the perfect platform for the modern-day influencer, an individual who presents themselves living in a certain way, often paid by companies to utilize their products in images. Influencers used to be people in the public spotlight; mostly celebrities, who were, as part of that role, able to influence others’ purchasing decisions. Now, being an influencer is a job unto itself.

But people no longer trust celebrities the same way they used to. They want to see what “real” people, people just like them, are wearing and doing. However, we often don’t realize, or perhaps don’t want to know, that these appearances do not come so effortlessly to the influencer. This can lead to increased anxiety as we try to “keep up” with these individuals. This pressure is greater than when following celebrities as there’s an expectation that if these “regular” people can live their lives a certain way, we should be able to as well.

One of the biggest concerns about the effects of exposure to idealized images relates to their negative impact on body image. These concerns are valid anywhere people have access to social media, and is of particular concern in Australia, a global leader in health and wellness trends, where eating disorders cost the economy approximately 70 billion dollars a year. Idealized body images in Australia and New Zealand, while once represented by the thin “heroin chic” look of the likes of Kate Moss, are now dominated by the toned “fitspirational” body type, and the number of fitness-related Instagram accounts is booming. Different body image concerns are apparent in other Asia-Pacific countries. For example, in South Korea, an obsession with image driven by K-pop ideals has led to the country becoming a leader in plastic surgery.

The competition to be the “best” does not just affect passive followers of Instagram content, but also those who aspire to become influencers themselves. The competition to become an influencer has led to would-be Instagram stars faking partnerships with companies, in order to create credibility in their ability to sell a product. Not only do these individuals further sell the idea of the “effortless” high-end lifestyle, they have to do so at their own expense. The competition to live the perfect Instagram life can result in the accumulation of an enormous amount of debt. Instagram influencers are also victim to an increasing pattern of online bullying and trolling, which has obvious implications for influencer mental health. The pressure to create perfect content has even led some influencers to experience emotional breakdowns.

There are other potentially dangerous outcomes to the competition to become Insta-famous. More than 250 people died trying to get the perfect “extreme” selfie between 2011 and 2018, including a well-publicized case involving two Indian-born bloggers, Meenakshi Moorthy and Vishnu Viswanath, who fell to their deaths in Yosemite National Park in the U.S. in October 2018.

The competitiveness of Instagram isn’t just isolated to Gen Y or thrill-seekers, either. Mommy bloggers too are getting in on the influencer culture. “Instamoms” are women who utilize their children as Instagram stars, cashing in between $100 and $5000 per post, with their kids sometimes unaware of their own fame. While many of these “Instamoms” claim their children are in control of whether or not they participate in the frequent photo shoots, there’s no policy around whether money made via endorsement deals on the internet is required to be put away in a trust, like money made from acting or performing.

Moving Against the Ideal

There are some hitting back against the frivolity, idealism, and competitiveness of Instagram, particularly in Asian cultures, where the pressure to succeed is high. In China, a sub-cultural trend known as Sang has been bringing awareness to the hopelessness of millennials struggling to achieve the lifestyles frequently portrayed on Instagram by the 1%, and bringing a kind of acceptance to a mediocre way of living.

Another huge movement making waves is #bodypositivity. Calling into question the assumption that bodies should fit a certain mold, accounts featuring body-positive content post pictures of “real” men and women. These men and women come in all shapes and sizes, scars, stretch marks, colostomy bags and all. In India, actresses such as Neha Dhupia and Vidya Balan have posted extensively on the subject. Despite the body-positive trend being slow to gain traction in Asia (with Asian plus-sized models still representing a minority of plus-sized models), there is a range of body-positive images starting to invade Instagram and other social media in South Korea, Japan, and China.

While the competitiveness of Instagram might have some negative effects, it’s not all bad news. The power of social media trends can have a range of positive effects, particularly in spreading messages about self-acceptance, and normalizing everyday struggles.

Obviously we are not going to stop using social media, nor should we. It provides a level of interconnectedness like never before. But as individuals, parents, and businesses, we can look at the content we, our children, and our customers are following. Following content that is empowering, and speaks a positive message, can lead to self-acceptance. For companies seeking to sponsor influencers, who is seen using their products can say a lot about ethics on a variety of issues including sustainable living, healthy eating, and body positivity. Carefully choosing influencers who represent a lifestyle that is forward-thinking and appealing could put companies ahead of the curve on tackling the negative effects of social media. Calling explicit attention to it can also go a long way to opening up a positive conversation about the negative effects of media.

Danielle Wagstaff is a lecturer in psychology at the School of Health and Life Sciences on the Churchill campus of Federation University, Australia.