Indonesia is building a new capital in a sparsely populated jungle area in East Kalimantan. Now that the parliament has passed the law for building what will be called Nusantara, Luther Lie of the Indonesian Center for Law, Economics and Business explains how the city, which will cost around US$35 billion, can be developed sustainably and responsibly. 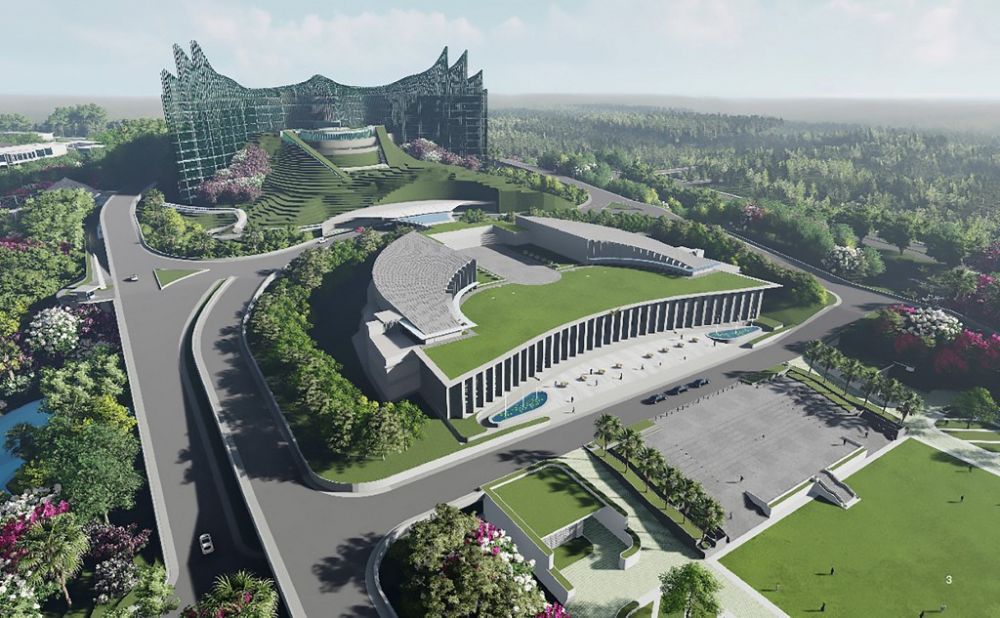 New seat of power – design of the presidential palace at Nusantara: A modern, sustainable, forward-thinking and world-class city rising out of the sparsely populated jungle (Credit: Nyoman Nuarta @nyoman_nuarta on Instagram)

On January 18, 2022, Indonesia’s parliament passed the National Capital Bill (Rancangan Undang-Undang tentang Ibu Kota Negara), proposed by President Joko Widodo in September last year. It has been over two years since President Jokowi announced his plan to move the nation’s capital from crowded and sinking Jakarta in Java to a jungle area in East Kalimantan on the island of Borneo. The new political center of the country will occupy 56,180 hectares of sparsely populated land.

Construction of what the government announced would be called Nusantara (an old Javanese word meaning “archipelago”) – a modern, sustainable, forward-thinking, and world-class city that would reflect the identity and diversity of the nation of 17, 508 islands – could start this year. It will cost around US$35 billion, with more than 53 percent drawn from the state budget. Initially planned to be 19.2 percent government funded, the viability of this ambitious project will now no longer have to depend so much on money from public-private partnerships and commercial investment. State-owned enterprises will inevitably play key roles in this major infrastructure development. 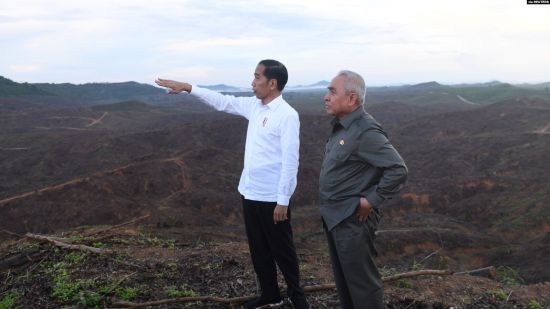 With Nusantara, the Jokowi administration envisions a sustainable city – a project that will relieve Jakarta’s crowded conditions and contribute equitable development across the country. The new law defines “sustainable development” according to the World Commission on Environment and Development’s 1987 Brundtland report “Our Common Future” – “development that meets the needs of the present without compromising the ability of future generations to meet their own needs”. The law also envisions a city that fulfills the Sustainable Development Goals (SDGs) set by members of the United Nations for 2030.

There are at least four challenges for Indonesia to ensure that the new capital, also known by the initials IKN (Ibu Kota Negara), contributes to the country’s efforts to achieve sustainable development: the transit system, energy sources, local community development, and law and legal institutions. First, the city will require a well-planned, integrated, and efficient public transport system, including a rail network and walkway, to facilitate the movement of goods, services, and people. This would save the economic, social, and environmental cost of traffic jams. By contrast, Jakarta residents rely heavily on automobiles to get around. 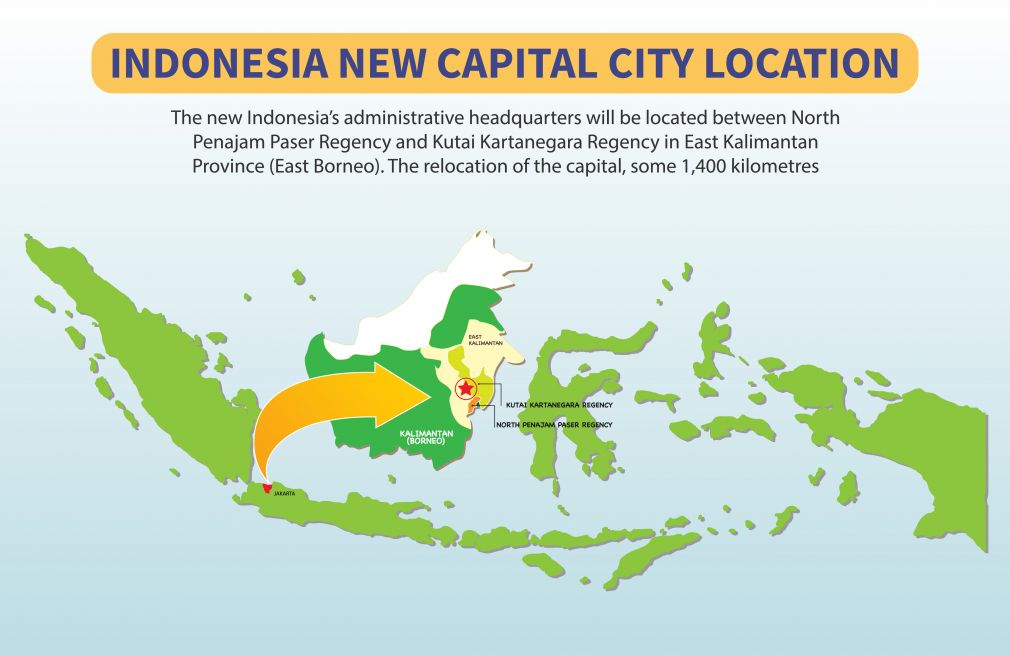 Second, this modern city will need to meet net zero carbon emission standards for power generation and use. Electricity will have to come from the region’s abundant clean energy sources, with highly efficient grids that would allow power storage. The use of green products, such as food and electric vehicles evaluated and labeled according to environmental, social and governance (ESG) standards, do not guarantee a zero-carbon footprint because such goods and services might in fact be derived from fossil fuels. Any spending and investment on fossil fuel-based products would release more greenhouse gases into the atmosphere. The government should tackle the core of the challenge, deploying renewable sources of energy and building smart power grids. They should aim to adopt circular economy principles and standards to facilities, products, vehicles and other goods. Yet, use of this transport system will have to be affordable. 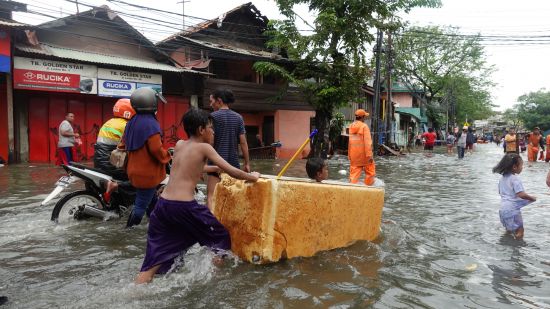 Third, the development of the capital ought to involve local players as much as possible. These stakeholders include farmers, fishermen, and people who run micro, small, and medium-sized enterprises, the backbone of the Indonesian economy. Their livelihoods depend on the geographical and economic landscape of the two regencies, which the planned city straddles. With urban migration, land-use conversion, and an expanded market economy, it would be essential to equip them with the knowledge and skills needed for the new jobs that will become available, so that they can thrive and not be overwhelmed by skilled workers coming from outside. If the local population benefits from the grand migration, the Jokowi administration will be remembered for championing equitable development and ushering in a new, stable, and forward-looking Indonesia.

Perhaps most important is the need for a strong legal framework and legal institutions, including a National Capital Authority (Badan Otorita Ibu Kota Negara) that would manage the development of the IKN. Consider the regulatory and legal underpinnings required to create similar major urban development projects in other economies in the region such as China’s special economic zones (SEZs), the military bases conversions in the Philippines, and Malaysia’s new administrative capital in Putrajaya. The aim should be to provide transparency and clarity and minimize the risk of arbitrary amendments and corruption by future governments that would create legal uncertainty, which would scare away both domestic and foreign investors. 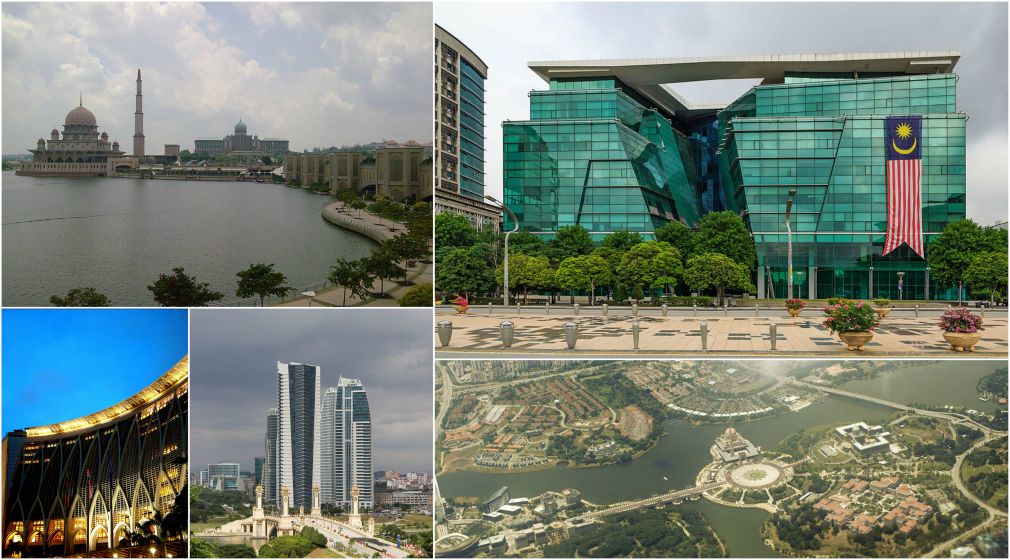 Malaysia’s administrative capital of Putrajaya: Officially launched in 2001 after six years of development, it cost about US$8.1 billion (Credit: Government of Malaysia, collage by Fazley Fadzil)

The creation of Nusantara will take up to 20 years, long after the end of President Jokowi’s term. If established on a sound and transparent legal foundation and planned with the SDGs as a guide, the new capital could rise to become a lasting monument to the Jokowi administration’s sustainable development efforts. If not, the government could simply be shifting Jakarta’s severe environmental problems to a pristine jungle, creating a costly and lasting environmental disaster.

Lim, Christopher H; and Tan, Ming Hui. (October 15, 2020) “Post-Covid-19, Will Urbanization be a Thing of the Past?”, AsiaGlobal Online, Asia Global Institute, The University of Hong Kong. 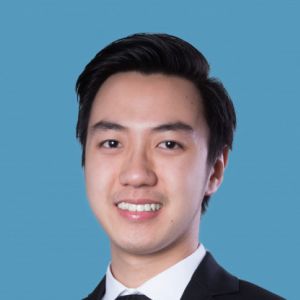 Luther Lie is the founder and president of the Indonesian Center for Law, Economics, and Business. He holds a bachelor’s degree in law from Universitas Indonesia.