India’s Lost Decade – and How It Can Be Reversed

India’s economic slowdown is structural rather than cyclical. Its leaders failed to "repair the roof" when the sun was shining, writes Vasuki Shastry of Chatham House. To avoid another lost decade of complacency, the country needs to implement meaningful reforms that will bring benefits over the long term instead of short-sighted remedies. 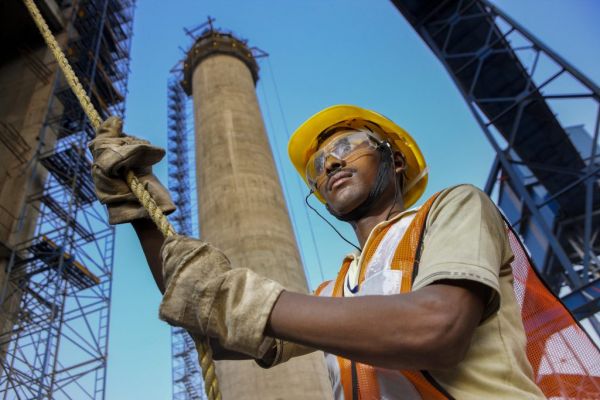 In need of a pull-up: With the recent economic downturn, India could be settling into a structural slowdown - can its leaders implement necessary reforms such as meaningful measures to promote manufacturing? (Credit: Hari Mahidhar / Shutterstock.com)

At first glance, it might be absurd to suggest that India has witnessed a lost decade in terms of economic opportunity and outcomes. India has routinely featured in global rankings as the world’s fastest-growing large economy. Surely India’s growth outcomes cannot possibly be compared with Japan’s lost decade of the 1990s, when the economy was stagnant for more than ten years.

A country’s success, however, cannot be measured by GDP growth alone, and India’s recent economic travails serve as a prime exhibit of complacency and a political class not attune to the shifting tides in the global economy. This is not just an indictment of Prime Minister Narendra Modi and his ruling Bharatiya Janata Party (BJP) government, which won two successive election victories in 2014 and 2019. In 2009, the opposition Congress Party had also secured a record second mandate from the electorate.

There are striking similarities to the ways the Congress- and BJP-led governments frittered away their mandates. In its second term to 2014, the Congress government was consumed with scandal and very little was achieved in terms of substantial economic reforms. It is therefore ironic for Modi’s predecessor Manmohan Singh to wade into the public debate, as he did recently, and castigate the government for its poor economic management. There is plenty of blame to go around.

With an ill-advised demonetization of the currency in 2015 and a botched introduction of a value-added tax as its signature achievements, the BJP’s own economic record has been patchy. While the economy has been chugging away since 2009 at a robust GDP growth of 7 percent or more, a dangerous complacency set in.

India is now paying the price. The most recent quarterly data, released on August 30, shows GDP growth shrinking to 5 percent and key economic indicators are under stress – automobile sales have plummeted, consumer demand is weak, and the financial sector is virtually non-functioning, with a sharp rise in non-performing loans and tightening liquidity conditions. The Modi government has also diminished – and damaged – the credibility of the Reserve Bank of India (RBI) with two abrupt exits by governors under its watch, confirming fears that the central bank could become the financing arm of the government.

India used its recent run of strong economic growth to delay economic reforms and to stall a restoration of its broken financial system. The government ignored the appeal in 2017 by then-managing director of the International Monetary Fund (IMF) Christine Lagarde for countries enjoying good times to “repair the roof” while the sun was shining. In failing to secure its roof during the boom since 2009, India has endangered the stability of the entire house.

India’s defenders point out that even 5 percent growth is decidedly superior to outcomes in most other large nations. This misses the point. High growth matters to a large, developing economy like India where an estimated 20 percent of the 1.5 billion population still live in chronic poverty. There are alarming indicators of stalled social mobility, a sharp fall in female participation in the workforce, and the concentration of wealth in a tiny unaccountable business elite.

The gravity of the economic slowdown appears finally to have shaken up the Modi government. Recent announced remedies include consolidating the number of state-owned banks, a promised relaxation of rules allowing greater foreign investor participation in closed sectors such as aviation and media, and fiscal measures to kick-start economic growth. The most notable measure is a reduction in the corporate tax rate from about 35 percent to an effective 25 percent, making India as competitive as many of its ASEAN neighbors. The finance minister has promised other reforms but details are sketchy.

The Indian government seems to treat the current slowdown as cyclical in nature rather than structural. They are counting on a recovery in time rather than accept that a more fundamental fix is essential. Yet it has become abundantly clear that India is in the midst of a structural economic slowdown and policymakers need to address policy deficits for long-term benefit rather pursue short-term band-aid solutions. There are three areas requiring attention:

It is no exaggeration that the Indian economy is at an important crossroads and actions by the Modi government in the months ahead will determine the pace and trajectory of economic growth for the next decade. India has a lot going for it – a small but rising middle class, a significant demographic edge over China, and a population under-served in terms of access to goods and services. By these yardsticks alone, the economy should be expanding at a more robust pace. Instead the economy has slowed down, showing that deeper, structural obstacles are at play. Modi sees himself as being India’s most transformative leader, perhaps even surpassing the record of the country’s first leader, Jawaharlal Nehru. But if Modi continues to stumble on the economy, that aspiration will be out of reach.

Vasuki Shastry is associate fellow in the Asia-Pacific Programme of Chatham House, The Royal Institute of International Affairs. He is the author of Has Asia Lost It? Dynamic Past, Turbulent Future, published by World Scientific. He began his professional career as a journalist in his native India and then in Singapore and Southeast Asia. He has since held senior positions in communications and public affairs at the International Monetary Fund (IMF), the Monetary Authority of Singapore (MAS), and Standard Chartered Bank, where he was global head of public affairs and sustainability until November 2018. His book Resurgent Indonesia: From Crisis to Confidence was published by Straits Times Press in 2018.