At the COP27 climate change conference in Egypt this month, Gulf oil- and gas-producing countries will present themselves as leaders in the implementation of climate solutions. A key feature of the net-zero emissions targets of these states is their continued production and exploitation of oil and gas – but with a focus on decarbonization technology. In this context, while fossil fuels will remain central to many economies, targets must include plans, finance and technology to reduce energy consumption and emissions, writes Manal Shehabi of the University of Oxford. Solutions must also be predicated on the long-term aim of phasing out fossil fuels and expanding clean-energy sources. 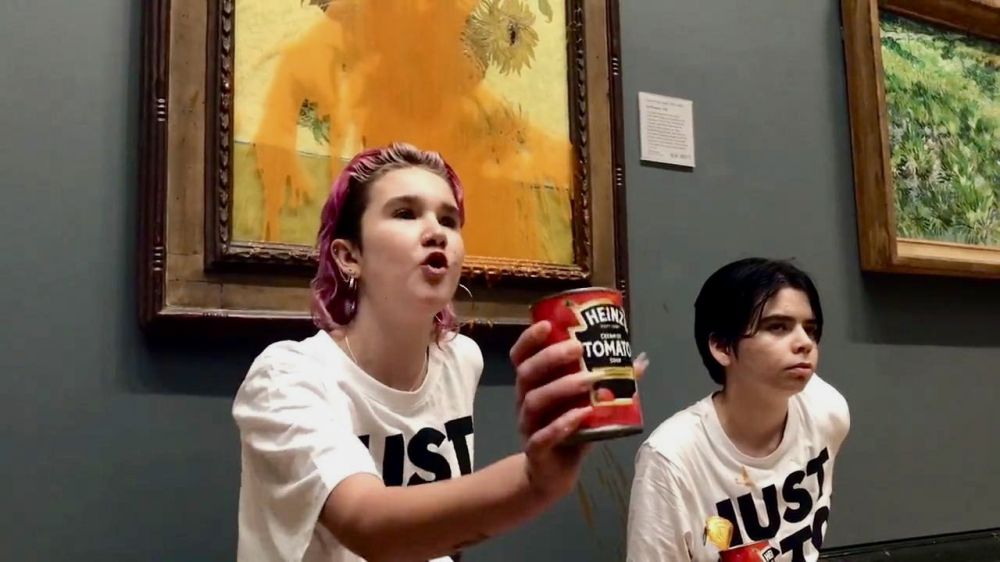 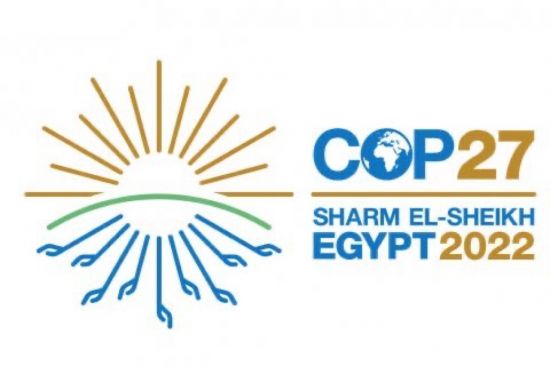 Gulf oil- and gas-producing nations will badge themselves as climate leaders at 27th Conference of the Parties of the United Nations Framework Convention on Climate Change (COP27) in Sharm el-Sheikh, Egypt, from November 6 to 18. It is not as far-fetched as it sounds.

There is little room for grandiose ambitions at COP27, dubbed the “African COP”, which aims to meet commitments made last year at Glasgow with practical solutions. In fact, the COP presidency is calling it the “Climate Implementation Summit”.

But what was always a colossal task of landing practical solutions has been made more difficult by the economic, geopolitical and energy challenges of 2022 such as the weakened international ties following Russia’s invasion of Ukraine and recent announcements by the Organization of Petroleum Exporting Countries (OPEC) and OPEC Plus countries.

Among the practical solutions likely to be advanced are those by wealthy oil- and gas-exporting economies in the Gulf, especially de facto leader Saudi Arabia, that center on fossil fuels. COP27 may well be remembered as the conference that saw fossil fuels strongly shoulder their way back to the negotiating table.

Prior to COP26, the reliance of Gulf states on oil and gas drove their resistance to the energy transition, which in turn won them the reputation of being climate obstructionists. Yet in an unexpected and unprecedented policy shift, these states joined pro-climate endeavors in 2021.

The United Arab Emirates (UAE) pledged to reach net-zero emissions by 2050. Pledges by Saudi Arabia and Bahrain by 2060 followed. These states, especially Saudi Arabia and the UAE, have positioned themselves as leaders in providing clean energy globally. Not only do they have expertise in oil and gas, they also have a potential advantage in renewable energy, having some of the best solar and wind resources and, therefore, some of the cheapest renewable energy globally. 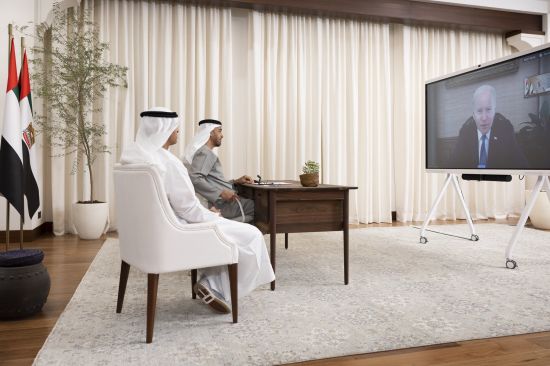 Some have welcomed these announcements as major advancements of the climate agenda, especially as the Middle East is warming at twice the global average. Others viewed them as greenwashing. After all, Gulf economies are too dependent on oil and gas exports, which contribute between 69-92 percent and 60-91 percent of their exports and government revenue, respectively.

They are also among the world’s highest per capita carbon emitters and have been slow to adopt renewable energy. Renewable sources generate around 1 percent of electricity in the Gulf Cooperation Council (GCC) states, except in the UAE where the share is 12 percent – compared with 20 percent in energy-poor Egypt, 26 percent in Jordan, and 37 percent in Morocco.

But the reality is more complex than that. A key feature of these states’ net-zero emissions targets is their continued production and exploitation of oil and gas – but with a twist: It is coupled with decarbonization technology.

This feature is explicit in the position of Saudi Arabia, the region’s largest fossil fuel exporter and a G20 economy and leader of the bloc of Arab States. It is also a leader in the Like-Minded Developing Countries (LMDC) Group and the Group of 77 & China, both of which also include Egypt.

These initiatives support the ‘circular carbon economy’ framework, which was endorsed by the 2020 Saudi-presided G20 in Riyadh as the cornerstone of the country’s solution for decarbonization, carbon reduction, and recycling. The framework encompasses the production of fossil fuels as well as new energy sources, most notably clean (blue or green) hydrogen, and heavy industries (hard-to-abate sectors). The framework intends to decarbonize all of these industries using carbon capture, utilization and storage (CCUS) technology.

At COP27, we can expect to see Saudi Arabia and other wealthy oil and gas exporters of the Gulf region position themselves as climate leaders. Saudi Arabia will hold the Middle East Green Initiative Summit and the Saudi Green Initiative Forum on the sidelines of COP27 and will invest US$30 million in Egypt. Saudi Arabia will also showcase the Regional Voluntary Carbon Market (recently established by the Saudi Public Investment Fund), which auctioned the largest carbon credits to date (1.4 million tonnes) during the 6th edition of the Future Investment Initiative Summit in Riyadh (dubbed the “Davos in the Desert”) in October 2022. 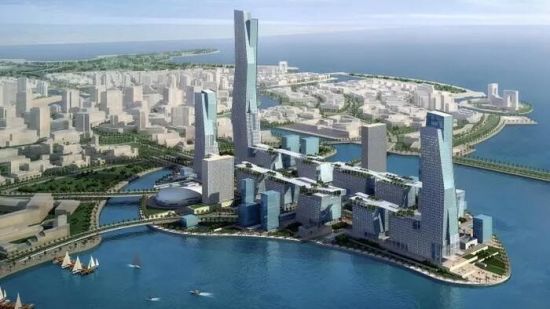 Future fast forward: Saudi Arabia is building Neom, a new city which will have 100 percent of its energy requirements supplied by renewable sources (Credit: NEOM)

The Saudi message will focus on a central point: that fossil fuels have a critical position in the global energy market along with other energy sources but that it is through CCUS technology and the circular carbon economy framework that future energy paths can be pro-climate.

In addition, wealthy oil and gas countries are also likely to support holding advanced economies accountable to their broken promise of channeling US$100 billion in climate finance to developing economies for climate change adaptation and mitigation. Consistent with its assumed leadership position, expect to see Saudi Arabia announce other practical initiatives and solutions at COP27.

This position of keeping fossil fuels at the center of climate discussions is not unexpected from leading fossil fuel producers. Such a position is also common among other resource-dependent economies, including India, Norway, Australia and others. Beyond these states, the position is consistent with arguments of the least developed countries for which fossil fuels can offer an affordable solution to energy access, especially the 770 million people without access to electricity and the 2.5 billion people without access to clean cooking fuel.

The position will also be supported by many developing economies (especially those in Africa, the Middle East, and Asia) that seek to develop their own oil, gas, hydrogen or critical minerals resources. Supporters of the ongoing need for fossil fuels will point to a similar argument adapted by Europe in its response to the energy crisis that followed Russia’s invasion of Ukraine. Phasing out fossil fuels has seemingly been abandoned as Europe favored energy security over climate targets (for which Europe was accused of hypocrisy in Bonn in June during the lead-up talks to COP27).

COP27 will thus set the stage for other fossil-fuel exporters to attempt to steer climate negotiations. As the host of COP28, the UAE will naturally assume a similar leadership position. For that, it will present itself as the regional pioneer in establishing zero-carbon nuclear power, expanding renewable expansion and co-funding a Renewable Energy Fund that supports renewable energy projects in developing countries.

It will also note that it was the host of the first Middle East and North Africa climate week in March 2022 and the first Gulf state to announce net-zero targets. As an advocate for technology and an aspiring innovation hub for the region, decarbonization technology will be central to the UAE position but without abandoning fossil fuels.

Whether Gulf oil- and gas-exporting economies will meet their ambitious renewable energy, net-zero, and hydrogen targets remains to be seen. And it is not certain that they will become global leaders in energy transitions which will contribute to putting the world on track to avert the worst climate breakdown. Indeed, adherence to climate targets is urgent and requires phasing out fossil fuels altogether. But the use of fossil fuels will offer energy access and continue to attract support – and increasingly so. 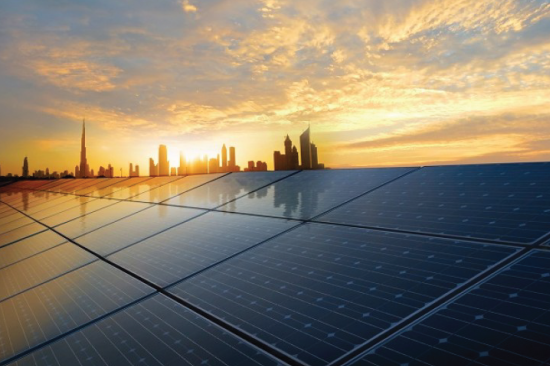 Dubai has a climate adaptation strategy: The net-zero emission plans of Gulf states entail their continued production and exploitation of oil and gas – but coupled with decarbonization technology (Credit: Government of Dubai)

So how can world then advance net-zero targets in this environment?

For short-term visions, where fossil fuels will remain central to economies, targets must include plans, finance, and technology to reduce energy consumption and emissions. This can be through nature-based solutions, expandable renewable energy, and decarbonizing the fossil fuel supply chain.

Saudi Arabia’s circular carbon economy framework promises to provide this required short-term solution, but the necessary technology is not yet fully available. Therefore, ensuring the world achieves necessary decarbonization will require technology development by technologically-advanced countries along with adoption across a wide range of industries. Achieving net-zero emissions will also require the adoption of internationally-agreed decarbonization regulations and measures that can hold countries accountable to their targets and provide a level playing field to all.

Solutions must also target the long-term aim of phasing out fossil fuels and expanding clean energy sources. A collaborative approach is crucial; encouraging all countries to contribute to mitigating climate change given their own resources and economic circumstances. This collaboration will not be possible without adhering to elements of climate justice and of just energy transition.

This is important as the countries most impacted by climate change have historically not contributed to the emissions that caused it. It is these countries that also aspire to access energy and/or develop their fossil fuel industries to achieve economic growth and development.

Without such a collaborative, net-positive sum approach, countries will have neither the incentives to comply nor accountability if they do not, and both climate and energy targets will remain merely ink on paper.

This article is published under Creative Commons with 360info. 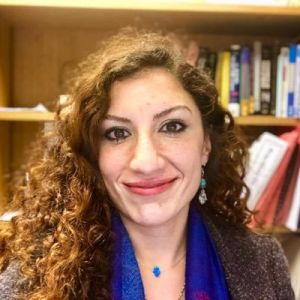 Manal Shehabi is visiting academic at St Antony’s College of the University of Oxford, and founding director of London-based SHEER Research & Advisory. Her work focuses on economic diversification, energy transition, sustainability and policy in resource economies, with a focus on the Middle East. She was a contributing author to the Intergovernmental Panel on Climate Change (IPCC) Special Report on the ocean and cryosphere and an expert to the UN Framework Convention on Climate Change.