China’s National 14th Five-Year Plan positions Hong Kong as a global innovation and technology hub, with biotechnology identified as one of the city’s most promising sectors. As Junqiao Chen, a doctoral candidate in complexity sciences at the ISCTE - Instituto Universitário de Lisboa, and Chinese University of Hong Kong medical student Dorothy Yiu write, the government should consider applying systems thinking to Hong Kong’s healthcare sector if the city is to become a biomedical hub. 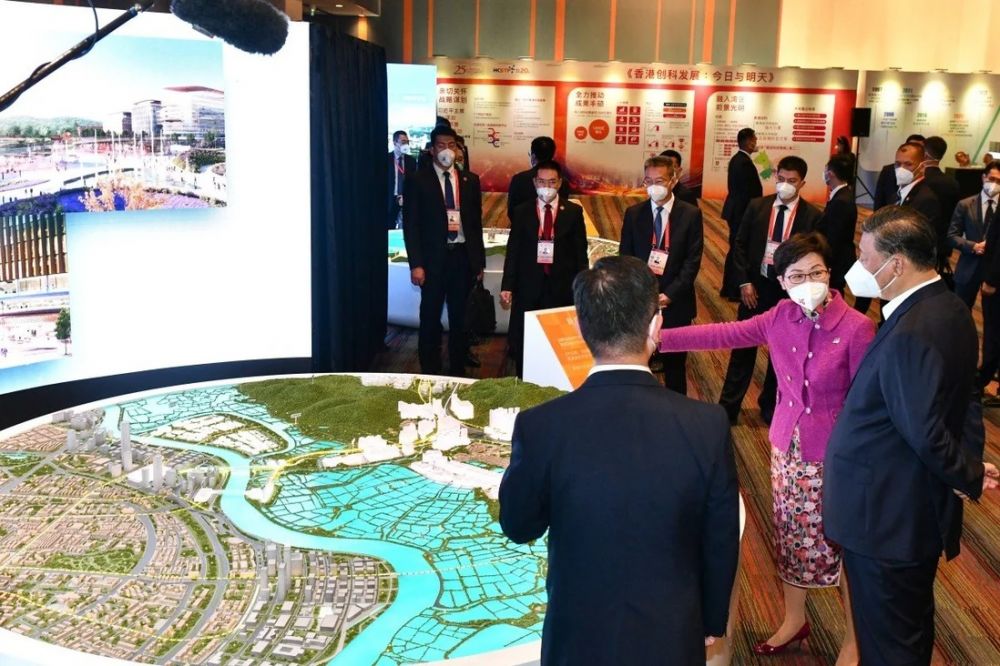 Interest in innovation and technology (I&T) is at an all-time high in Hong Kong. Building an innovation ecosystem is a massive undertaking, and systems thinking is crucial to reducing siloed approaches and designing versatile interventions. In examining the prospects for Hong Kong to develop into a biomedical I&T hub, we will allude to the main aspects of systems thinking.

China’s 14th Five-Year Plan positions Hong Kong as an international I&T hub. To underscore this, Chinese leader Xi Jinping visited the Hong Kong Science Park in June. With its long history in the area and the excellent healthcare delivery system in Hong Kong, biotechnology is one of the most promising sectors for innovation in special administrative region (SAR).

Not just about innovators

To promote Hong Kong’s access to innovative biomedical technologies and its potential to serve as a medical pilot zone for the mainland, it is necessary to understand various intertwined issues.

In Hong Kong, biomedical I&T is viewed as the sole preserve of innovators, and the facilitation of biomedical I&T is therefore a job for the SAR government’s Innovation, Technology and Industry Bureau alone. Other players, who have critical roles in the development and implementation of innovation, are largely overlooked in the discussion. When innovators are the sole focus of discussion, it is inevitable that the public discourse is dominated by off-the-peg policy recommendations such as attracting more talent to Hong Kong. In contrast to this approach, we illustrate how stakeholders interact to form a dynamic and complex system, and how this can lead to different sets of policy experimentation. 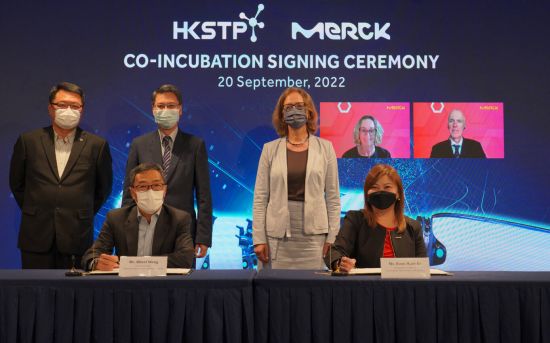 Systems thinking encourages us to take a holistic view of the stakeholders of a system and their interactions. The thought process is divergent-convergent: initially, it encourages mapping out the most relevant stakeholders. Going beyond just a massive stakeholder map, the thought process then converges on the uncertainty and conflicts in the system. From there, one can use a sense-making framework to guide the design of interventions.

A key element in systems thinking, “interactions” occur when stakeholders are viewed in relation to others. Uncertainty, conflict, feedback loops and novel behaviors all come from interactions. Interventions designed under systems thinking mostly aim to change the way stakeholders interact, rather than, for example, simply asking for more manpower or resources without addressing the root of the problem.

Through history, many sectors have benefited from systems thinking. Examples include healthcare and innovation ecosystems. Professor Yan Min-ren of National Chengchi University in Taiwan and his colleagues used systems thinking to study innovation ecosystems in mainland China (the Shanghai Zhangjiang Science Park) and Taiwan (Hsinchu Science Park). Their work uncovered important stakeholder interactions in these markets and offered novel recommendations. To address the apparent shortage of talent, for example, they dug deeper and revealed the lack of talent flow among industry, university and research. They were then able to make an informed suggestion: to create common metrics for assessing talent among stakeholders to promote talent flow between these sectors.

Despite the broad use of systems thinking across sectors around the globe, such an approach is arguably lacking in Hong Kong. Apart from innovators, who mainly comprise local and international biotech companies and universities, key stakeholders in Hong Kong’s biomedical I&T sector also include regulators, payers, adopters and patients. The Department of Health – the regulator – is responsible for approving clinical trials and new technologies. Meanwhile, the Hospital Authority and commercial insurers are payers of I&T adoption. Healthcare providers, including the Hospital Authority, Department of Health and private services in Hong Kong and the Greater Bay Area are users of I&T. The Hospital Authority, a tax-funded entity that provides around 80 percent of Hong Kong’s inpatient care and 30 percent of outpatient care, is paramount in the adoption and spread of biomedical I&T.

Biomedical I&T does not only involve innovators. They are dependent on other actors to improve product and market accessibility, maintain competitive advantage and generate revenue. Support from regulators and users is pivotal for the survival of tech companies, and allows their products to reach and benefit patients or end users. The growth of the innovators contributes to the society’s economy, which in turn boosts funding to public agencies and business for private insurers or healthcare providers. This is what Yan and his colleagues termed the “market-driven reinforcing feedback loop”. The Department of Health and Hospital Authority need to examine critically how they should interact with innovators and reposition themselves in the feedback loop of an innovation ecosystem.

The next step in systems thinking highlights uncertainty and conflicts. Take the pharmaceuticals sector as an example: Uncertainty occurs in both the drug development and policy-making processes. For a disease target, hundreds, if not thousands, of compounds are tested in the drug discovery phase, with fewer than ten entering clinical trials and just one new drug receiving approval. The whole process takes more than ten years and costs billions of dollars. Even after approval, a drug’s appeal to potential adopters and their willingness to pay are unpredictable. Another example is the IBM Watson, a supercomputer that faced significant challenges as a digital assistant in the healthcare field despite previous successes in competing against top human players in the US quiz show “Jeopardy!”. 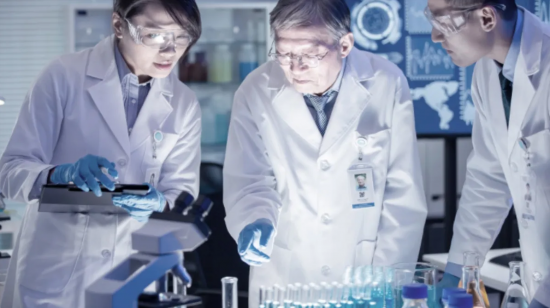 Biomedical innovation and technology does not only involve innovators but also depends on other actors to improve product and market accessibility, maintain competitive advantage and generate revenue (Credit: HKSTP)

In terms of conflicting perspectives among the actors, one example is the value of an I&T. While payers and adopters may only be concerned with prolonging survival, innovators put more emphasis on the holistic values of their innovations. In addition to survival, they value improving patients’ quality of life and reducing the burden to society.

Even public agencies can hold different views. In 2005, the Health Bureau published “Building a Healthy Tomorrow” to position the public health sector as a place for advanced technology, yet the Hospital Authority worked in a “consensus adopter” position, meaning that it would only adopt well accepted and broadly available technologies in the market, leading to years of delay in adopting breakthrough technologies.

To account for the aforementioned uncertainty and conflicts, one can reference the Cynefin framework. First published in the Harvard Business Review, the framework is a widely used sense-making approach to guiding interventions under different levels of uncertainty and agreement in a system. Under this framework, a system could be labeled as obvious, complicated, complex or chaotic. Based on the above analysis, biomedical I&T falls under the complex domain, where closed-form solutions such as best practices are not possible. There are many unpredictable interactions in so many unknown ways that the observer cannot determine a “right” answer in advance. Consequently, the approach is to utilize the “probe-sense-respond” approach, where interacting on the system with multiple experiments would lead to emergent practice.

For example, to attract more international clinical trials to Hong Kong, some have recommended that the government establish a central support unit similar to the Singapore Clinical Research Institute. This would be a multi-year investment with much uncertainty, however. The government can first probe the system with smaller initiatives, such as producing epidemiology reports or adopting more remote monitoring technologies in trials. These experiments change how stakeholders interact, as the authority changes from being as an approver to a facilitator. After multiple types of experimentations, an overall positive response would indicate that active support from the government is beneficial to the industry. Hong Kong can then consider making more long-term commitments to clinical trials.

Another proposition would be admitting breakthrough therapies as self-financed items to the Hospital Authority’s drug formulary as soon as they are registered and deemed safe by the Department of Health for a trial period of several years. This is a “safe experiment” in that it imposes no direct cost on the Hospital Authority's procurement budget, as patients will bear the cost. Rather than simply asking for more public funding, this changes how stakeholders interact. The Hospital Authority can then closely monitor whether an experiment poses any risk to patients, increases staff workload, provides insights on the real-world holistic values of therapies, improves patient satisfaction, or enhances the Hospital Authority’s reputation in biomedical I&T. This may attract more talent to work in the overstretched Hospital Authority as more innovative therapies would be available faster.

"The worst thing you can do is nothing"

By applying the concepts of systems thinking, we have identified several stakeholders that are often overlooked in biomedical I&T discussions in Hong Kong. With substantial uncertainty and disagreement within this system, policy makers should probe and experiment with caution and adjust policies according to feedback from society. As Theodore Roosevelt famously said, “The worst thing you can do is nothing." If we are to create change in the Hong Kong biomedical I&T sector, the SAR government should start implementing low-risk experimental policies. 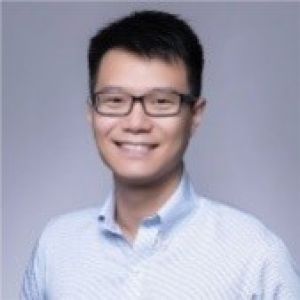 Junqiao Chen has nine years of healthcare industry experience in the United States and Asia. He is a published author in international academic journals on system thinking and modeling, and is a regular contributor to Hong Kong media such as HK01 and Ming Pao. He hosts an ecosystem partnership position at a multinational biotech company. Opinions in this article are all his and the co-author’s, and do not represent his employer. With a master of management degree in clinical informatics from Duke University and a master of science in evidence-based healthcare from University of Oxford, he is a non-resident PhD student in complexity science, a joint program of the ISCTE - Instituto Universitário de Lisboa and the University of Lisbon. 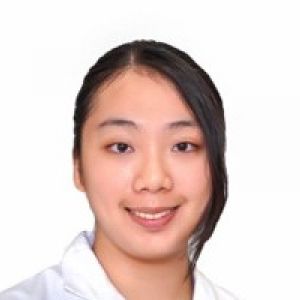 Dorothy Yiu is a medical student in the global-physician-leadership stream at the Chinese University of Hong Kong. On the Dean’s List, she received the silver medal in the Dr & Mrs Tzu Leung Ho Outstanding Academic Awards, with distinction in biochemistry, anatomy and physiology. She holds various scholarships. She has also actively participated in community service projects and research on oncology.