How Asia Can Avoid the Lifestyle Drug Trap

In a fast-paced high-growth economy – picture any big city in Asia – urban professionals are under pressure to “get back to work” even when they feel ill. The resulting demand for “fast-fix” remedies could lead to over-prescription and societal ills. Opioid abuse that is plaguing the United States and other Western countries could well become a major problem in Asia. Governments and pharmaceutical companies in the region should continue to focus on driving innovation in the development of treatments and resist the temptation to pursue the easy profits of the lifestyle-drug approach, Kathryn Ibata-Arens from DePaul University writes. 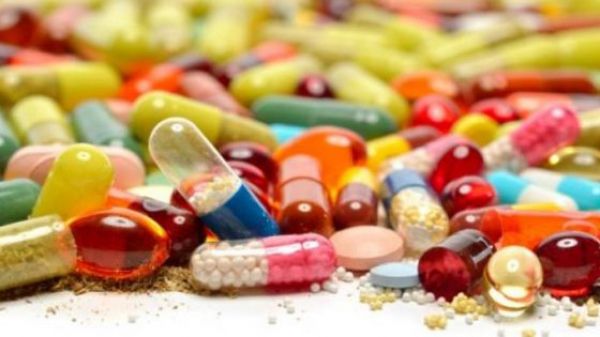 The origin of the word “pharmaceutical” is the Ancient Greek word phármakon, meaning “medicine” or “cure”. It can also mean “poison”. Throughout history, cures-cum-poisons were natural remedies. Nearly all the top global pharmaceutical companies by market share today have been around for a century if not longer. Major firms such as Pfizer, GSK, Merck, and Takeda all have origins in the dispensation of natural (e.g. plant-based) medicines. Much has changed since these natural remedies were brought to market, and for decades global pharmaceutical firms have sold mostly synthetic chemical drugs.

Lifestyle Drugs for a Fast-Paced Life

Fast-paced 21st-century lifestyles have led to increasing demand worldwide not only for fast food but also fast fixes for all that ails and pains people. Opioid abuse has become a problem in many countries, notably the United States, where on average 130 Americans a day die of overdoses, according to reports. Canada too is in crisis, with a death rate of 11.8 per 100,000 people, according to a government report. The word opioid means “opium-like”, and the synthetic pharmaceuticals used to alleviate pain sold in the US are typical of the drugs that dominate Western markets and are over-used by consumers (80 percent of the world’s prescription opioids are consumed in the US alone). Up to 10 percent of Americans are estimated to have misused opioids and other drugs.

Of course, not all pharmaceuticals are bad. Certainly, drugs have saved or extended many lives and improved the quality of life for numerous patients such as cancer sufferers. Opioids and other so-called lifestyle drugs can simply mask the symptoms of an underlying disease, providing neither cure nor real relief from the actual affliction. Pharmaceutical giants typically reap the highest profits among Fortune 500 companies, thanks in large part to the money they make from the sales of lifestyle drugs.

What Asian Governments are Getting Right

While opioids are an issue in some countries in Asia, the epidemic of over-prescription and abuse in the US and other Western countries should be a warning for the region. Some argue that in Asia, the main issue with opioids is that there is not enough access to them – one 2017 study estimates that 15 million people in Southeast Asia alone suffer from persistent, severe pain.

Pharmaceutical companies in the West often bemoan an “innovation crisis” in drug development. For decades, many new drugs have offered only minor improvements over older versions. Producing them, however, conveniently extends the life of profitable patent monopolies.

By contrast, throughout Asia, entrepreneurs have been making steady progress through research and development in areas such as genomics (China) and stem cells (Japan and Singapore), coming up with such innovations as less-expensive insulin (India). Market-disruptive advances in Asian biomedicine have the potential to inspire leading global pharmaceutical companies elsewhere to reboot their once innovative R&D. Nothing works quite like competition from new players to spur incumbents to scramble for new ideas and create new products.

New drugs are sorely needed in Asia. Due to the over-prescription of antibiotics, by 2050, more people in Asia are expected to die each year from antibiotic-resistant infections than from cancer. Even Japanese, once considered to be one of the healthiest, longest-living people, have not been immune to declining health. Death from cancer and heart disease is on the rise there and elsewhere in Asia.

In 2018, the pharmaceutical industry spent nearly US$300 million on government lobbying in the US alone. The fossil-fuels industry spends half that much and the defense industry even less. The fact that such countries as China and India have heretofore been free from entrenched “big pharma” lobbies, while at the same time are growing markets for all sorts of consumer goods, means their rising market power presents an opportunity to set a new generation of global industry standards.

In the past, private industry in the US could depend on the government to make first-mover – and thus risky – investments in new-frontier scientific discoveries. Promising ideas would make their way into private firms, which would take them to market at scale. In the meantime, the government would continue to fund potential cures. Examples of this innovation partnership include the mass production by Merck of penicillin, the first antibiotic, that has saved millions of lives since the 1940s. Most medicines developed by Western pharmaceutical firms can be traced back to government research and development.

While governments in the West are retreating from this catalytic role in the development of new treatments, countries such as China and India are making strategic investments in biomedicine, outpacing those in the West. China is especially noteworthy, having the highest annual increase in such funding in recent decades (about a 32% compound annual growth rate). Other Asian countries including Singapore, South Korea, India, and Japan have also boosted investments. During the same period, Western economies such as Canada, the United States, and Europe have recorded negative growth in biomedical investments.

Asian governments have typically made their investments with a long-term vision outlined in plans to be implemented over a decade or more, with less concern with turning short-term profits. These characteristics are no surprise to those familiar with Japan’s past high-growth success. What is only beginning to get noticed is how China and India in particular have taken advantage of their international networks – their global diaspora. Since the 1990s, in support of developmental goals, whole government agencies in China and India have focused on enticing Western-trained science, technology, and more recently entrepreneurial talent home.

Certain Asian countries have pursued these strategies driven by overarching development goals, not least the pursuit of a national technological advantage and self-reliance. This techno-nationalism is predicated on the idea that power derives from technology independence and leadership. Governments help domestic firms compete fiercely abroad, while at the same time states protecting and nurturing new industries at home.

In this way, Asian states have become both innovative and entrepreneurial. Techno-nationalist policies, for example, have led to strategic investments in gene therapies. Consider the strides made by the BGI Group based in the Chinese special economic zone of Shenzhen, the firms spun out of the stem cell research of Nobel laureate Shinya Yamanaka of Japan, and the expansion of Biocon, the largest biopharmaceutical company in India and a leading producer of insulin and statins. Their innovations in medical treatment promise to heal, and even prevent, acute conditions, and alleviate chronic ones too. It also presents a chance to set new norms in healthcare – from a Western disease-centered approach to one that is patient-focused, preventive, and curative through body-system treatments.

To stay in business, a company needs to find new markets for its products. Western lifestyle drugs could well make significant inroads into the growing markets in Asia, bringing with them the same dependency issues and afflictions that have plagued the US, Canada and other Western countries. Governments and private enterprises in Asia will need to resist the temptation to follow the Western lifestyle-drug habit. A truly global opioid crisis could well derail the promising trajectory that several Asian countries are on in pursuing innovative and leading-edge treatments that are real remedies and effective cures and not medicines that only mask illnesses and actually do great harm.

Dr. Kathryn Ibata-Arens is Director of Global Asian Studies at DePaul University, Chicago, USA. She specializes in high technology policy and Japanese political economy. Her current work explores technology leadership and science and technology policy in global health and innovations in medicine. Her book Beyond Technonationalism: Biomedical Innovation and Entrepreneurship in Asia was published in April 2019.