History Hurts: Japan and Korea Should Dial their Dispute Down

Locked in a bitter trade and security dispute over their difficult shared history, Japan and South Korea are experiencing the most difficult period in their relationship since the two countries established diplomatic ties in 1965. As Yoshikazu Kato of the Asia Global Institute writes, the escalation of the fight poses a threat to regional security and both sides have an urgent responsibility to lower the temperature. 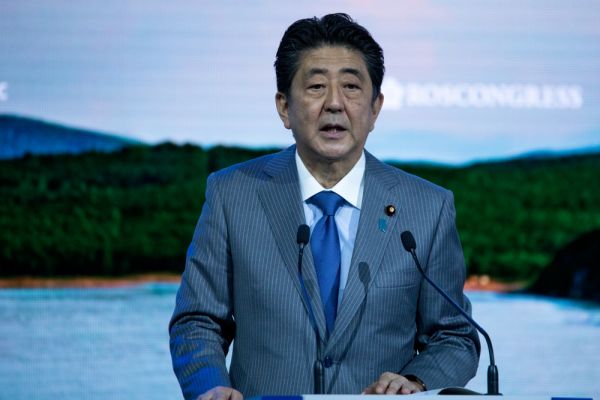 The ongoing dispute between Japan and Korea has caused uncertainties beyond trade. Seoul unilaterally abandoned the General Security of Military Information Agreement (GSOMIA) – its intelligence-sharing agreement with Tokyo. The United States, a close ally to both countries, expressed its disappointment. “There is no doubt that the shared interests of Japan and South Korea are important and they’re important to the United States of America,” said Secretary of State Mike Pompeo. “We hope each of those two countries can begin to put that relationship back in exactly the right place,”

The GSOMIA between Tokyo and Seoul is crucial for monitoring and reacting to security threats including from North Korea’s nuclear and missile activities. South Korea’s decision could well weaken the security framework in Northeast Asia, already under stress from China’s economic and military rise and Pyongyang’s nuclear ambitions.

Japan-Korea relations have continued to spin in a vicious cycle. Recent actions by Seoul stirred the pot further. At the end of August, the South Korean military conducted training exercises on the disputed islands known by Japanese as Takeshima and as Dokdo by Koreans (internationally, they are referred to as Liancourt Rocks). Just a few days later, a group of Korean lawmakers landed on the islands. The Japanese government lodged a protest, calling the visit “unacceptable”.

Almost all the sensitive and complicated issues roiling ties between the two neighbors could have been resolved at the diplomatic table. Yet they have allowed relations to deteriorate to their worst point in over five decades.

“These decisions are extremely regrettable and totally unacceptable,” Taro Kono, Japan’s foreign minister, said on July 19. “[They] completely overthrow the legal foundation of the friendly and cooperative relationship that Japan and the Republic of Korea have developed since the normalization of diplomatic relations in 1965.” Asked at an August 27 press conference about the Korean government claims that Japan’s lack of understanding of history had been the fundamental cause of the dispute, Kono responded that “the most important issues right now between Japan and Korea are about the 1965 treaty. If Korea wants to rewrite history, they need to know that cannot be done.”

According to the terms of the 1965 treaty, Japan provided Korea with US$300 million in grants and US$200 million in loans to settle disputes over World War II. The accord had settled any claims, Tokyo has insisted.

In December 2015, Japan and Korea reached an agreement over the issue of comfort women. The announcement of the deal stated that Japanese prime minister Shinzo Abe “expresses anew his most sincere apologies and remorse to all the women who underwent immeasurable and painful experiences and suffered incurable physical and psychological wounds as comfort women.” The Japanese government also funded a foundation aimed at helping those who had been comfort women to heal the psychological wounds from their ordeal. Both sides stated that the issue had been “resolved finally and irreversibly” and that they “will refrain from accusing or criticizing each other regarding this issue in the international community, including at the United Nations.”

But this agreement was not widely welcomed in Japan. Conservative politicians criticized Abe for apologizing and providing compensation. The Japanese government, under pressure domestically, from Korea, and from the US administration under Barack Obama, had accepted Seoul’s longstanding claims in hope of establishing a stable and lasting relationship.

Japan’s main motivation for doing so was the importance it attached to bilateral ties with South Korea. First, as the world’s third and 11th largest economies, respectively, Japan and Korea have developed a mutually beneficial interdependent relationship over the past five decades. In 2015, the 50th anniversary of the establishment of diplomatic relations, Japan and Korea were each other’s third largest trading partner (after China and the United States). Over 5 million tourists from each country visited the other.

Second, a healthy, stable and well managed Japan-Korea relationship is always important for stability and prosperity in East Asia. Geopolitically, the two major powers are the most important allies of the United States in the region and have common interests and strategic concerns, including how the region can tackle and eventually remove the nuclear threat from North Korea and how to deal with the uncertainties caused by the expansion of China’s economic and strategic power in the neighborhood and beyond.

The post-Cold War world is not ideologically divided. The Tokyo-Seoul-Washington trilateral relations have always emphasized the importance of policy coordination and strategic alliance. China and North Korea (and maybe Russia), on the other hand, have tended to emphasize traditional friendships and bonds and to express dissatisfaction with the existing regional and global order dominated by Western countries, led by the US. But all sides have learned that they can bridge differences in political and value systems by working together. One example of cooperation was the Six-Party Talks on the denuclearization of the Korean Peninsula, which were held six times in Beijing between 2003 and 2008.

Third, Japan and Korea, as the most developed economies in the region with shared liberal-democratic values, should be strongly committed to establishing and promoting the rules- and values-based international order. This would be especially important at a time when the US under Donald Trump administration has been turning away from traditional multilateralism and tested relations with allies by imposing tariffs to correct perceived trade imbalances. After all, Tokyo and Seoul have been driving negotiations for a China-Japan-South Korea free trade agreement, the 15th round of which took place in April this year. The two countries are also part of the ASEAN-led talks for the Regional Comprehensive Economic Partnership (RCEP), which include China.

The two major powers, the most important allies of the US in the region, have shared strategic concerns, including how to tackle the threat from North Korea

How can Japan and South Korea break out of their long-running love-hate cycle to build trust and establish a stable relationship?

It is a matter of trust – the lack of it. Domestic politics and nationalism on both sides play a key part in setting the tone of Japan-Korea relations. The seeds of the current confrontation were, to some extent, planted when President Moon Jae-in took office in May 2017. He tried to distinguish himself from his predecessor by taking a more aggressive position over historical issues with Japan, given that the politically conservative Abe administration had been taking its own uncompromising line towards Korea. The two governments tried to ride the rising waves of nationalism among their publics to boost their approval ratings. Relations ended up getting over-politicized, reflecting a lack of sobriety and rationality on both sides in managing public anger.

The Japanese government ignored the growing anti-Korean sentiment to the point that it became difficult to pursue any friendly and positive policies towards Seoul. More and more Japanese had come to view Korea as an unreliable and untrustworthy country. According to a survey conducted by the Fuji News Network in August, 67 percent of respondents supported the government’s decision to remove South Korea from the white list.

Voices on both sides of the Sea of Japan have called for calm. The good news is that Tokyo and Seoul are continuing their economic interaction despite the fight over their history. This has prevented the friction from causing real harm. But now that the trade spat has spilled over into the realm of regional security, both countries have an urgent responsibility to look beyond their domestic political needs and lower the temperature of their over-heated relationship.

For a Korean perspective on the Japan-Korea dispute, read this AsiaGlobal Online article by Republic of Korea Army Lt-Gen (retired) In-bum Chun.

Yi, Joseph; and Phillips, Joe. (August 1, 2019) “South Korea’s left and Japan’s right have crushed alternative viewpoints, setting up a trade dispute that may not be resolved”, South China Morning Post.