This month, G20 leaders will endorse guiding principles for “quality infrastructure investment”, a priority for Japan. China’s support of these principles signals a willingness to address criticism of its Belt and Road Initiative. China and Japan, rivals in delivering high-speed rail, appear open to collaborating on projects that would meet high sustainability standards, writes Motoko Aizawa, President of the Observatory for Sustainable Infrastructure, who for 12 years headed the Policy and Standards Unit in the Environmental and Social Department of the International Finance Corporation (IFC). 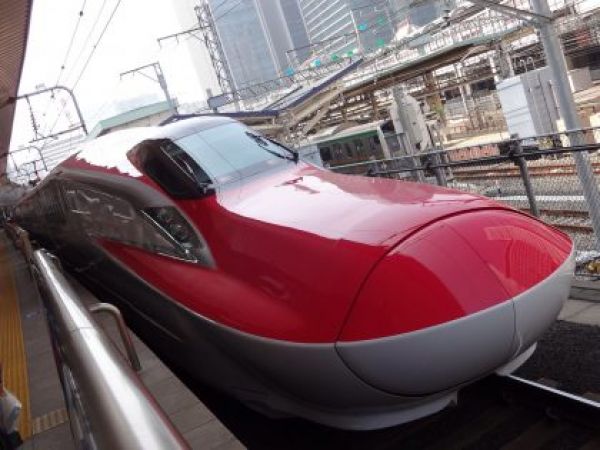 On June 9, the G20 finance ministers and central bank governors responded by releasing the G20 Principles for Quality Infrastructure Investment. “We stress the importance of maximizing the positive impact of infrastructure to achieve sustainable growth and development while preserving the sustainability of public finances,” they said in a communiqué, stressing transparent, responsible and sustainable financing for infrastructure projects.

These guidelines are meant to address criticism lodged against China’s Belt and Road Initiative (BRI). The key features neatly correspond to the litany of complaints around the BRI, such as allegations concerning corruption and debt traps, secrecy, poor quality (“from shoddy ports and expressways to inefficient power plants”, as commentator Colby Smith put it on FT Alphaville last year), and energy projects that burn coal.

To the yin of the BRI is the yang of Japan’s superior capacity for ensuring quality in the infrastructure it exports – or so Japan Inc. will have us believe. Never mind that China is widely seen as having an upper hand in infrastructure bidding based on speed and price. Tokyo calculates that the Principles would boost investment opportunities in the digital and infrastructure sectors under its Free and Open Indo-Pacific (FOIP) strategy, a counterweight to the BRI, and an infrastructure initiative proposed by the Quad group of countries consisting of Australia, India, Japan and the US.

The ongoing high-speed railway (HSR) rivalry between China and Japan vividly illustrates how the two nations collide over opportunities to export infrastructure. A pioneer in HSR, Japan has operated the iconic Shinkansen since 1964. Over time, HSR became the norm in Europe, but it was China that revitalized HSR with magnetic levitation or maglev technology, and 12,000 miles of its HSR network built over a mere nine years. HSR has become a significant component of the BRI that is aimed at facilitating connectivity, ensuring Chinese exports of goods and imports of natural resources.

Once China began to explore HSR opportunities abroad, a collision with Japan’s offering was inevitable. In 2015, the rivalry came into full view when China bested Japan in the bidding war for the Jakarta-Bandung HSR line. That same year, Japan’s Hitachi and Canada’s Bombardier delivered high-speed rail stock for service across Italy and this month won an order from Trenitalia for 14 more trains. They have submitted a proposal to provide trains for the HS2 high-speed line between London and Birmingham, which is supposed to go into operation by 2026. In May this year, British-assembled Hitachi Azuma trains began service on the London-to-Leeds route.

In 2017, Japanese suppliers beat a Sino-German-Canadian consortium to provide bullet trains to link Mumbai and Ahmedabad. Japanese companies continue to explore opportunities in the US (California, Florida, Texas, and the Northeast Corridor) and elsewhere in Asia. Meanwhile, China is eyeing HSR projects in Malaysia, Myanmar and beyond.

With high velocity and visibility, not to mention an eye-popping sticker price in the tens of billions of dollars, HSR projects can capture the attention and fuel the imagination of politicians, pundits and people. A successful HSR bid means a financial win with potential opportunities to supply cars and signals as well.

But the path to success is an arduous one. The Central Japan Railway Company, the owner of Shinkansen, is reported to have spent 5 billion yen (US$46.1 million) to promote its products and technology for the Washington DC-New York line, but its marketing has yielded no results. The real competition in HSR extends well beyond cost: it is a contest in speed and technological innovation – which is faster: maglev or bullet train? – as well as a fierce battle for regional economic dominance and ultimately a competition to cement ideological and geopolitical alliances.

Given their overlapping interests, it is high time for the two dueling nations to join hands to show in practice what it means to deliver quality high-speed rail that contributes to sustainable development and to achieving the SDGs

Can host countries benefit from the China-Japan rivalry?

Competition can bring prices and interest rates down. If a country has multiple development projects in the pipeline, it may be able to avoid having to side with only one benefactor, and instead benefit from working with both in different projects. After all, they must all coexist in the region.

Some countries, such as the ASEAN member states, may well be able to turn a weak position into a strong one by exploiting the competition. But this may end up hurting the competitors in a race to the bottom, ultimately dragging down the recipient country and people in the process. For example, some countries, such as Cambodia, strongly deny they are at any risk of being caught in a Chinese “debt trap”, but the experiences of Djibouti, Pakistan, Maldives, Sri Lanka, and others indicate that they must be vigilant nonetheless.

Do the benefits of HSR outweigh the cost? Naturally, beneficiary states stress improved efficiency, jobs, access to markets through improved connectivity, environmental benefits and more. But HSR projects are not immune to multiple challenges and criticisms including opaque methods used to justify the HSR project in the first place, typically overestimated demand and profitability forecasts, shortfalls in the expected environmental benefits, the failure to reach the more vulnerable segment of the population, and the blurring of the roles of the government and the private sector.

As a rule, significant risks to human rights and the environment, and persistent failure to realize assumed sustainable development benefits mar mega-infrastructure projects around the world. In the context of HSR, land acquisition and resettlement along the right of way in crowded urban spaces can prove to be the most vexing and time-consuming challenge for the host state, project proponents and affected people.

What difference should China and Japan aim to achieve with HSR? In a nutshell, they should strive for economic, environmental, and social sustainability, underpinned by good governance, transparency and accountability. This means HSR projects should offer a complete quality package that includes both financial and non-financial risk management and the enhancement of benefits aligned with the UN Sustainable Development Goals (SDGs).

This would be a grown-up version of HSR, better attuned to the host state’s financial health as well as its sustainable development challenges and plans, including the need for other (slower) modes of public transportation to complement the HSR line. It would offer affordability, accessibility, and safety, especially for women, people with disabilities, minorities and other vulnerable persons. And it would facilitate the host state’s decision making and implementation process by engaging citizens and stakeholders.

Grasping the implications of a race that possibly benefits neither, the two rivals are beginning to explore collaboration. In 2018, for example, China and Japan joined in a bid for a US$7.04-billion high-speed rail project to link three major airports in Thailand by 2024. Meanwhile, Chinese and Japanese engineers are reported to be jointly developing the next generation of HSR technology, the Aero Train with its albatross-inspired design.

The fact that, after initially being lukewarm to the G20 Principles, China agreed to back them could be a sign that the two nations are drawing closer together to share the economic and financial benefits of promoting high-quality infrastructure, such as HSR. G20 leaders are expected to endorse the principles at the Osaka G20 Summit.

A race to the top?

Can Beijing and Tokyo collaborate in sustainability standards and practices? Actually, China is already committed to greening the BRI through its Green Investment Principles, a collaboration with the City of London launched in 2018 and now with 27 signatories from financial institutions in 12 countries, including Japan. These Principles address both environmental and social sustainability. The UN and others are also backing the Belt and Road International Green Development Coalition, which aims to align the BRI with the SDGs. This initiative is scheduled to be launched this year.

These initiatives can address the environmental and social sustainability challenges of HRS, even though some believe that China may be “greenwashing” rather than greening the BRI. As for Japan, the anti-corruption, debt sustainability, transparency and economic efficiency principles in the new G20 Principles can create a useful governance framework for quality infrastructure, including HSR. A possible new lever is the explicit statement regarding social sustainability and respect for human rights as key ingredients for inclusivity in infrastructure.

These separate but potentially complementary initiatives of two rivals, one for financial institutions and the other among states, if mutually recognized, coordinated and implemented well, can create positive impact on the ground. The truth is that both Japan and China need the full spectrum of sustainability requirements to ensure that their HSR competition becomes a race to the top that yields long-term sustainable development benefits for the host country and people. Given their overlapping interests as demonstrated by their support of the G20 Principles, it is high time for the two dueling nations to join hands to show in practice what it means to deliver quality HSR that contributes to sustainable development and to achieving the SDGs.

Office of the United Nations High Commissioner for Human Rights, and Heinrich Böll Stiftung. (Forthcoming). The Other Infrastructure Gap: Sustainability – Human Rights and Environmental Perspectives, United Nations. A summary published in 2018 is available at: https://www.ohchr.org/Documents/Publications/InfrastructureGapSummary.pdf

Motoko Aizawa is President of the Observatory for Sustainable Infrastructure. Based in Washington DC, she was a sustainability advisor at the World Bank from 2012-13. Before that, she worked for over 21 years at the International Finance Corporation (IFC), where she was the principal author of the organization’s Performance Standards and instrumental in the formation and implementation of the Equator Principles. She began her career as a project finance lawyer and later became an expert in environmental and human rights law and the non-financial aspects of due diligence.