The free flow of labor across national borders has been one of the defining facets of globalization. In recent years, concerns over the effects of increased migration on domestic workforces have led political leaders to consider tightening borders, dramatically altering patterns of human movement. In Asia, this could reverse the brain drain. 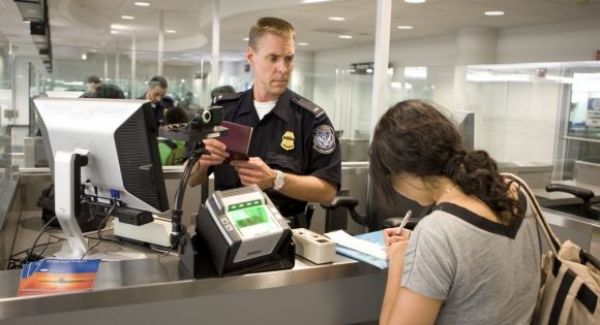 In the United States, the administration of President Donald Trump has launched a full assault on all forms of immigration, whether undocumented, refugee, temporary, or labor. Over the past year, one focus has been on restricting the H-1B specialty occupation visa program by denying new and renewal visas at unprecedented rates. The H-1B visa is used in fields such as information technology, finance, education, and healthcare. It is issued for up to six years and allows holders to apply for permanent residency, and eventually U.S. citizenship.

Most people who have immigrated under the program are citizens of India and China, although many others hail from other Asia-Pacific countries such as South Korea and the Philippines. While the program’s critics have argued that it displaces U.S. workers in favor of foreign immigrants, companies argue that H-1B allows them to recruit the best talent globally. Without a doubt, the program is closely related to labor and business interests between the U.S. and Asia.

From High-Skilled Worker to Homemaker

The program also gives the family members of workers the chance to migrate abroad on the H-4 family reunification visa. In 2017, nearly 180,000 H-1B visas and more than 136,000 H-4 dependent visas were issued, the majority of which went to women from Asian countries. These women are often as highly educated as their husbands and had been working before migrating.

After migration, however, H-4 visa holders cannot work or even apply for a social security number, and are considered dependents of the primary visa holder. In 2015, the program was changed to allow some spouses on the H-4 visa to start working in the U.S. while they wait for their green cards—permanent residency permits—to be processed. However, the Trump administration has declared its intention to end the right of some H-4 visa holders to work in the U.S.

In my recent book, I show how these immigration restrictions are causing migrant families to consider moving back to their home countries. I profile the case of Priyanka, an Indian national who had been waiting for more than 10 years to start working in the U.S. With a degree in computer engineering, she joined her husband on the H-4 in Redmond, Washington, while he was working on an H-1B visa. Priyanka was hopeful that she would soon be able to start working in the same field after migrating, but her dreams were quickly dashed. “I was completely qualified and had been working in India, but no one would give me a chance here in the U.S.,” she said.

These immigration restrictions are causing migrant families to consider moving back to their home countries.

Like so many H-4 visa holders who are unable to work, Priyanka turned her attention to her family. But she couldn’t shake off her career dreams: “I began to study, volunteer—whatever I could to stay relevant,” she told me. She went on to get a master’s degree in information systems and a technical certification in JavaScript. Still, potential employers were hesitant to hire her, since it would require applying for a new H-1B visa on her behalf.

The 2015 rule change allowing work authorization for some dependent spouses was a gift for many women like Priyanka. After spending years at home, the chance to join the workforce allows them a sense of purpose and identity. It also provides much needed income to migrant households with children.

While H-4 visa holders’ right to work is being thrown into question, there is another serious problem: the green card processing backlog. In the U.S., only 7% of green cards from family-based or employment-based categories can go to nationals from a particular country. The “per country limit” has created a massive bottleneck in whose green cards are processed and when.

Because the H-1B has been so dominated by Indian and Chinese nationals, applicants from those countries face interminable waits for their green cards to be processed. Some have waited for a decade, and advocates estimate that individuals who file for permanent residency today could wait up to 70-100 years before they receive approval.

As a result, some children of H-1B workers are “aging out” of the program. Once they turn 21 years old, children are no longer eligible to stay on parental visas. Even if they switch to student visas, there is no guarantee they will find a pathway to residency after graduation and many face deportation.

Individuals who file for permanent residency today could wait up to 70-100 years before they receive approval.

In order to deal with the uncertainty of visas and green card delays, families are pursuing alternative pathways. Lisong Liu’s research on Chinese skilled workers with green cards shows how some families pursue a “one family, two systems” strategy. The men of these families retain their Chinese citizenship and return to their homeland regularly to maintain residency there. The women remain in the U.S., where they apply for citizenship and care for children born abroad.

This shuttling between the U.S. and China comes with some advantages: migrants are able to hedge their bets, in case they lose their jobs or if there is another global recession. In that way, they are able to leverage their affiliations in multiple countries to negotiate the uncertainty of migration. For families that are stuck waiting for residency approval, their options are limited: do they continue to live in limbo, go back home, or try moving to a more immigrant-friendly country?

Across Asia, there has been an influx of skilled workers returning to their homelands. More than a decade ago, Devesh Kapur warned that restrictive immigration policies would send hundreds of thousands of skilled workers packing. Likewise, Vivek Wadhwa’s research on Indian and Chinese professionals found that immigration policies pushed them to return home, but career opportunities, family ties, and quality of life also formed contributing factors.

Businesses in home countries are benefiting from this reversal of the "brain drain.”

While the U.S. does not track when migrants exit the country, there has been an uptick in new housing communities, services, and businesses aimed at reintegrating migrants back home. As part of schemes to create stronger ties with “non-resident Indians,” the Indian government eased economic and political restrictions so Indians who have become residents, or even citizens, in other countries can still vote, buy property, and qualify for educational opportunities on par with Indian citizens living in India.

Businesses in home countries are benefiting from this reversal of the “brain drain.” China has been welcoming back foreign-trained graduates who seek to invest their talents in a wide range of up-and-coming cities. Branches of global companies such as Microsoft, Google, and AT&T also benefit from the labor of migrants who can move between work cultures in the West and abroad. But those companies also rely on the free flow of labor and worry about the long-term impacts of restrictive immigration policies.

The impact of U.S. immigration restrictions is being felt across the business and education sectors. In 2017, there was a 28% decline in student visas issued to Indians and a 24% drop for Chinese nationals over the previous year. As fewer people are able to live in the U.S., staying in Asia and traveling to other countries such as Canada, Australia, and Singapore might become more popular options. The turbulence around foreign workers in the U.S. is thus creating new waves of global migration.