Despite accusations that the World Trade Organization has become irrelevant, its list of things to do paradoxically keeps growing, observes Stuart Harbinson of the Asia Global Institute. Another ministerial conference is approaching later this year and, with a new director-general at the helm, there are hopes for a revival in the global body’s fortunes. What would it take to get the WTO back on track? 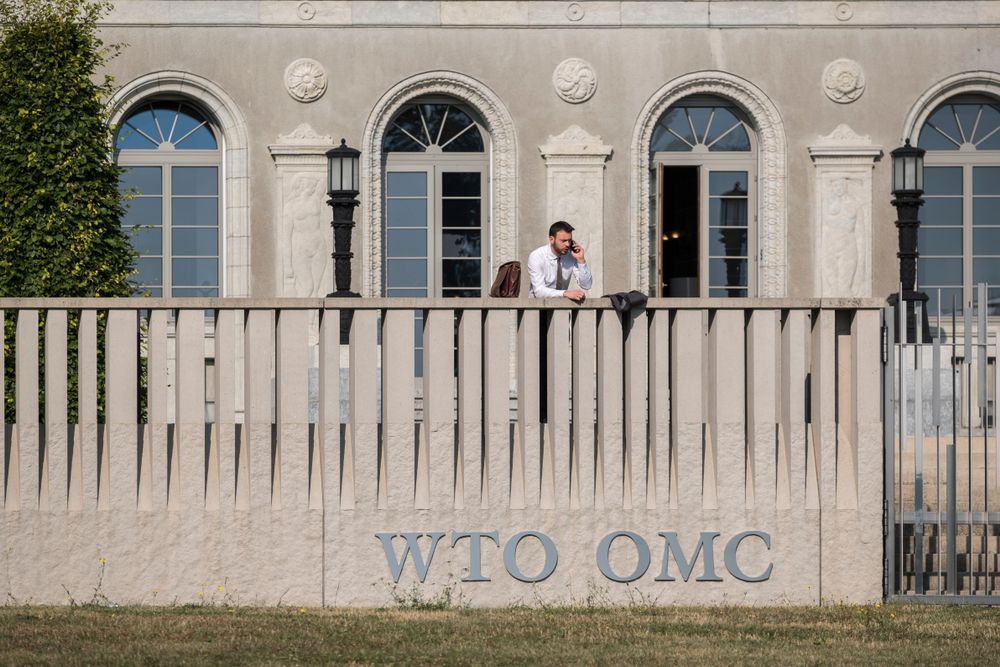 Who are you going to call?: Busting the myth of irrelevance, the WTO as a platform for tackling tricky trade issues is more in demand than ever (Credit: Martin Good / Shutterstock.com)

There is a paradox at the heart of the debate about the World Trade Organization (WTO). On the one hand, it has become trite to describe it as in crisis, paralyzed, dysfunctional or even irrelevant. On the other, member governments keep bringing issues to its door and asking for solutions.

It is easy to see the arguments for crisis. The WTO has three basic functions: to monitor and implement existing trade agreements, to negotiate new agreements, and to settle disputes. It has fallen short of expectations across the board. Implementation of existing agreements could and should have been more effective. Few new agreements have been successfully negotiated, meaning that trade rules have lagged commercial reality. And the much-vaunted dispute settlement system has been debilitated by the demise of its Appellate Body.

Under the circumstances, governments might be expected to look elsewhere to develop further the framework of rules for international trade. And indeed, to some degree, this has been the case, as seen in the rapid expansion over the last 25 years of preferential trade agreements among groups of countries. Yet this clearly has not diminished the appetite for multilateral action.

The WTO will be holding its 12th ministerial conference (MC12), postponed since 2019, in Geneva from November 30. A recent stocktaking of the substantive issues that members would like to address was significant for its enormous scope. Indeed, they are strikingly broader and more numerous than ever before. 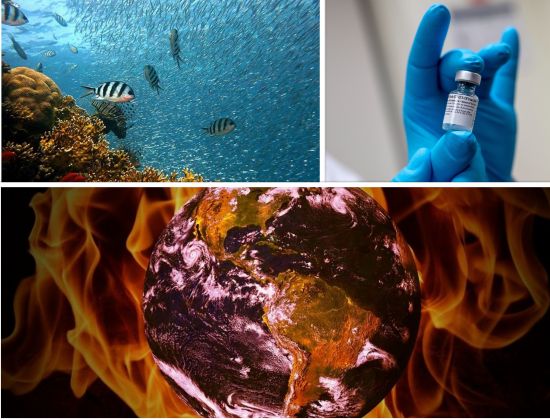 The issues canvassed for attention begin, of course, with the WTO’s response to the pandemic. Possible elements for discussion include trade policy-related aspects such as export and other restrictions, regulatory coherence and transparency; as well as intellectual property aspects such as the waiver from provisions in its Trade-Related Aspects of Intellectual Property Rights (TRIPS) agreement to allow for emergency pharmaceutical production and how the WTO can contribute to increasing the manufacturing and distribution of vaccines.

Then there are negotiations on important subjects such as fisheries subsidies (linked to the UN’s Sustainable Development Goals), agriculture, trade in services, market access, and special and differential treatment. The work program on electronic commerce and the moratorium on imposing customs duties on electronic transmissions will need attention. Issues relating to least developed countries (LDCs) and small economies also arise. The whole area of WTO reform and the future of the Appellate Body needs to be addressed.

On top of this, there is a huge range of “member-led initiatives” the future of which requires consideration. These are essentially plurilateral initiatives on the margins of the WTO, involving sections of the membership wanting to bring issues in various guises and in various timeframes fully into the multilateral sphere. Here we have services domestic regulation, micro and small and medium enterprises, trade and investment facilitation for development and – again – electronic commerce. Some members have also brought up trade and gender.

Last but certainly not least is the whole area (one is tempted to say burning issue) of the climate crisis. Initiatives have been launched on trade and environmental sustainability, trade and plastics pollution, and fossil-fuel subsidies reform. Liberalization of trade in environmental goods and services is back on the agenda. Proponents are looking at MC12 as an opportunity to advance their proposals. 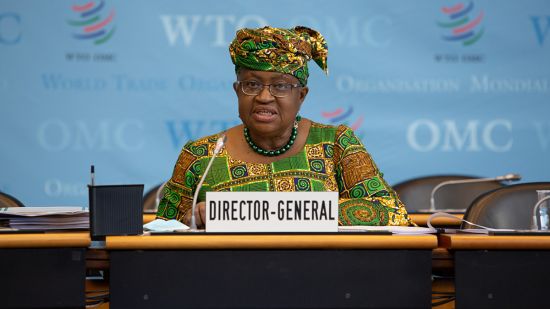 WTO head Ngozi Okonjo-Iweala: “We need to focus on a limited number of issues for delivery.” (Credit: WTO)

This is not the agenda of an irrelevant organization. Indeed, it is so encompassing – and possibly overwhelming – that Ngozi Okonjo-Iweala, the WTO director-general, who took office on March 1, recently called upon members to prioritize a few key areas: “If we are to achieve anything meaningful, we need to focus on a limited number of issues for delivery before or by MC12. Given where we are today, intensifying efforts on some areas such as fisheries subsidies, agriculture, the WTO's response to the pandemic, WTO reform and dispute settlement seems reasonable and could take us within the realm of what could be possible for delivery.”

The demand for the WTO’s services is clearly not only still there but continues to grow, and for several reasons. One is the desire of some governments to demonstrate to domestic audiences that they are actively promoting their interests internationally. Another is that geopolitical shifts have made international trade controversial, forcing issues on to the WTO’s agenda. There is also a legacy of unresolved issues. The binding nature of WTO commitments makes it an attractive forum where some of them might get resolved.

Mainly, however, the lengthening WTO agenda is due to the growing realization that, in trade as in other spheres, the big issues confronting the world today require global solutions. Preferential agreements among groups of countries are all very well, but they have limitations in terms of coverage, scope and international coherence.

If the WTO is irrelevant, why is there such a bustle to bring so many issues to it for dialogue, debate and potential resolution? The question is not so much whether the WTO is irrelevant – that clearly is not the case – but how the WTO can deliver results in a timelier, more consistent way, even if only incrementally. 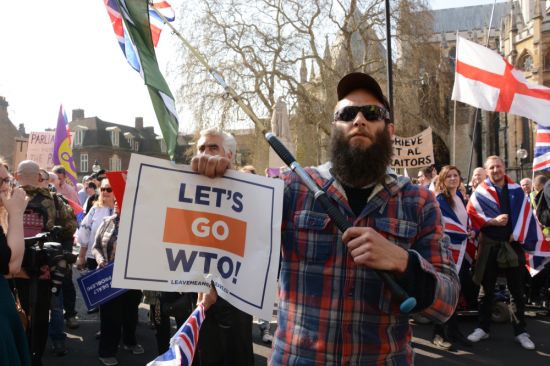 Some – mainly large developing countries – give the impression of being relatively content with the status quo, which provides them with the policy space which they believe they need to focus on domestic priorities and develop over time. This is not to say that they do not have legitimate issues with the current trading system or do not want even more flexibility.

In other quarters, however, frustration with multilateral inertia is building up and patience is wearing thin. Two examples illustrate the debate which is taking place in the corridors of some trade ministries.

First, there is a growing attraction for a different WTO model – one in which groups of members form “clubs” or “coalitions of the willing” on issues that are then attached to the WTO system. It would no longer be necessary to reach complete consensus among the entire membership as a precondition for having a WTO agreement.

This is a complex area, not least because there would clearly be potential for fragmentation of the system, undermining the basic WTO principle of non-discrimination. Proponents think this would nevertheless be manageable if appropriate safeguards were incorporated. They believe it would be preferable to the current consensus-based system, which provides too much opportunity for blocking tactics and taking issues hostage, resulting in paralysis.

There is an element of “back to the future” here because a system along these lines existed in various “codes” adopted as a result of the Tokyo Round (1973-79). The operation of the codes was unsatisfactory however and resulted in the Uruguay Round’s “single undertaking” (meaning that all members subscribe to all agreements) and the creation of the WTO in 1995. The Tokyo Round codes could thus be seen either as an aberration or a forerunner to a fully multilateral system.

A second straw in the wind is a report issued in February by the Center for Strategic & International Studies (CSIS) entitled “Toward a New Global Trade Framework”. The report emanates from an august cast of US trade-policy thought leaders under the banner of the CSIS Trade Commission on Affirming American Leadership.

The report proposes the establishment of a “trade compact” among like-minded developed market economies to commit to a more ambitious approach to trade rules. The exact nature of the compact is not stated but it is clearly seen as a competitor to the WTO and could evolve into a new organization.

There is yet no sign that this report has traction with US President Joe Biden’s administration – which currently seems to prefer engagement with existing multilateral institutions – but it is out there and being talked about.

These two examples illustrate that the foundations of the WTO, taken for granted for the last 25 years, may be shifting. The director-general very rightly applied an often-used meme when she recently said that “if the WTO did not exist, we would have to invent it”. It might be added that, since the WTO already exists, it now needs to reinvent itself.

The WTO, however, only a forum; it is not in itself an actor. As the next ministerial conference approaches, member governments individually and collectively face many choices and will bear responsibility for the outcome. A good result would be one in which significant progress is made in a few key areas – in particular, agreements to curb harmful fisheries subsidies and on the trade response to the pandemic – and members outline a clear roadmap to tackle outstanding issues in a meaningful manner. That would go some way to safeguarding the future of a truly global trading system. 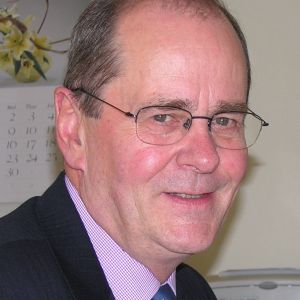