The Free People Movements and Political Awakening in Thailand

Thailand has a history of student-led uprisings but the current anti-government agitation is unique, writes Thannapat Jarernpanit of Pibulsongkram Rajabhat University. For the first time, the Thai monarchy is the target of reformists’ ire rather than being co-opted as a symbol of independence. Moreover, the protests have united disparate elements of society, with many more Thais seeking a country that is a truly constitutional monarchy and democracy. 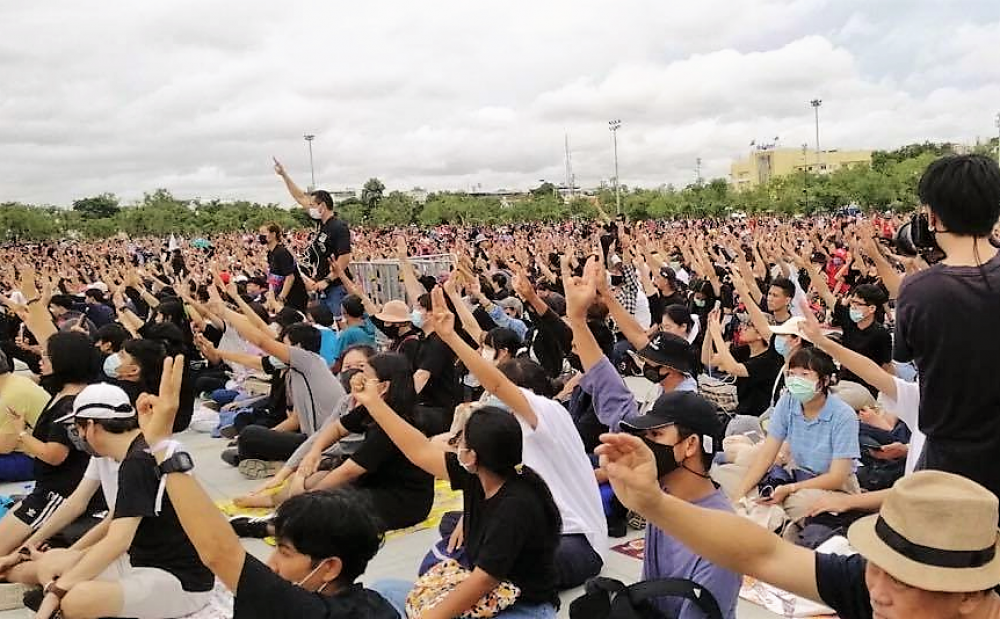 The current Free People demonstrations in Thailand represent the intolerance of a substantial segment of the kingdom’s population toward the military-dominated government of prime minister Prayuth Chan-o-Cha, a retired army general. The movement developed from the Free Youth movement, which started as pro-democracy rallies by university students and then expanded to more than 15 Thai schools. Finally, the demonstrations developed into a mass movement of people protesting against what they believe is an authoritarian government and calling for real democracy in Thailand.

The Free People movements are joined by students, the so-called “red shirt” groups of disparate anti-government forces, and various independent groups and individuals. The main factors that prompted the demonstrations have been state suppression, injustice, and the deterioration of the economy.

The current tension was sparked by the dissolution of the opposition, pro-democracy Future Forward Party by the Constitutional Court on February 21. The reaction began as a “flash mob” protest in central Bangkok. It has since expanded to several locations, especially in the universities. According to many Thai students, the dissolution of Future Forward highlighted the political injustice in Thailand. The court and the legal framework, they argue, have been used as political instruments by the ruling elites and the military government to suppress ideas and dissent, destroying the chance of the country’s youth to have a voice in free and fair elections.

The uprising has been fueled on social media, mostly through Twitter, resulting in such events as a large demonstration in front of the Democracy Monument in Bangkok on July 18. However, these youth activists have faced arrest and threats since then, which has only served to sharpen the social discontent and turn more people against the military junta.

This discontent was only exacerbated by the disappearance of Wanchalearm Satsaksit, a Thai pro-democracy activist who had fled to Cambodia. His suspected abduction in Phnom Penh on June 4 led to condemnation of the government for human rights abuses and calls for justice for other missing Thai exiles who criticized the military government and monarchy. A campaign was extensively shared on social media with hashtags such as #abolish112, referring to the section of the Thai criminal code that deals with lèse majesté or insulting the monarch, as well as #StopThreatening People and #WhatHappensinThailand on Twitter. The activists have called for an explanation as to who directly ordered these abductions. 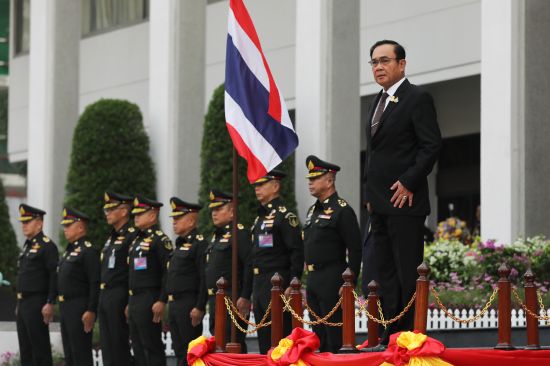 The demonstrations have also served to recall other past injustices such as the disappearance of red shirt protesters in April and May 2010. Supporters have joined with the Free People and Free Youth not only to oppose the military government, but also to call for justice and recognition of the political struggle of the red shirts. The current agitation is unique in its demands for reformation of the monarchy, such as the “10 demands” submitted by Thammasat University students on August 10.

This challenge to the pinnacle of the establishment differentiates the current protests from student movements in the past. The anti-military protests of 1973 by students did not criticize the monarchy – indeed the late King Bhumibol Adulyadej (Rama IX) enjoyed a good relationship with students at the time and the monarchy became the symbol of opposition to the military dictatorship. That relationship was a legacy of the revolution in 1932, which saw the emergence of the modern Thai state under King Prachathipok (Rama VII) as a kind of “monarch-guided democracy”.

The Free People and Free Youth movements, however, directly challenge the royal role in guiding the state, arguing that democracy and the country itself are the property and rights of the people, not the king. The monarch, it is argued, should be situated under, not over, the Constitution and truly above and outside politics. The pro-democracy forces in Thailand regard the monarchy not as a puppet of the military but as an enabler of the government, the architect of coups d’état and state suppression, and the protector of an elite comprising high-ranking military officers and influential business tycoons such as those leading a group of Sino-Thai conglomerates, creating a kind of modern feudalistic society.

Accordingly, the rapid loss of faith in the monarchy could stem from injustice, violent suppression and the pro-military government. In addition, economic deterioration before and during the widespread coronavirus pandemic, has ratcheted up discontent among many Thais toward the government. The failure in economic management has been a significant factor in triggering the demonstrations. Meanwhile, state control over information and media and the resulting lack of information has further frustrated many Thais. These elements of discontent have led to many more Thais seeking a country that is a truly constitutional monarchy and democracy.

The emergence of political debate on social media and a mass uprising now called the “People Party” reflects the awakening of many Thais. A radical reorganization of Thailand’s political system and governance could re-energize society and the economy. Healthy political debate could make democratic culture and encourage people to be more concerned with equality and justice as social values. Good politics is not about morality or tradition or respecting authority; it is about having a rule of law and a vibrant political culture based on debate and consensus-building, with the monarchy under the Constitution. If the politics of Thailand can be reformed, the lives and future of Thais would make a turn for the better. 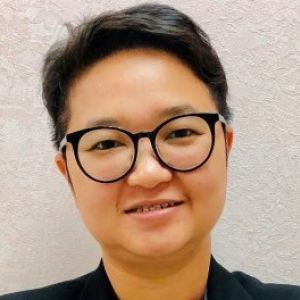 Thannapat Jarernpanit is deputy director for academic affairs and research at the Research and Development Institute of Pibulsongkram Rajabhat University in Phitsanulok, Thailand. She is also a lecturer in the Political Science Program at the University’s College of Local Management and Development. She holds a PhD in social science from Chiang Mai University in Thailand. Her doctoral thesis was on “the challenge of morality and cultural forces of emotion in Thai political conflict and polarization”.