The 2011 meltdowns at the Fukushima Daiichi nuclear power plant triggered by the Tōhoku earthquake and tsunami have caused ordinary Japanese to reevaluate their trust in the food supply. Skeptical of government assurances, consumers turned to private actors, who stepped up their regulatory efforts to fill the trust gap. 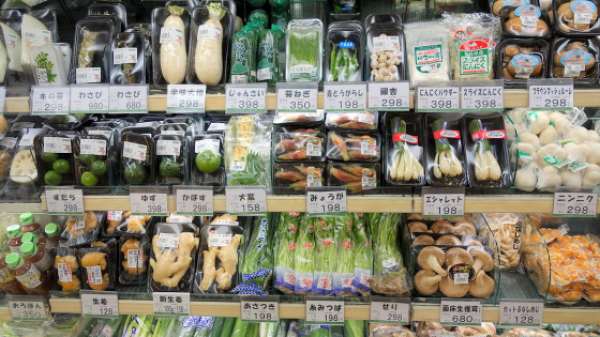 A visit to a grocery store means navigating thousands of products to find those that we want to purchase. Checking the provenance and safety of each one would be an insurmountable task for the everyday shopper. Most urban consumers encounter their food far removed from the sources of production and must place their trust on screening mechanisms and regulations to assure that the products are safe.

Nevertheless, food safety regulations are not foolproof and, occasionally, tainted food reaches the marketplace. These incidents are the result of catastrophic events, mistakes, malfunctions, or even intentional tampering, and they are a drastic reminder that food safety is a process that must be constantly monitored. In most cases, governments, through food-safety and environmental-protection agencies, are principal regulators and enforce food safety standards. In addition, producers can follow private standards that go further than what is required by the government or address issues that are not mandated. In the wake of the Fukushima nuclear disaster, private standards took on added importance for concerned consumers.

The Destabilization of a Feeling of Safety

In my research, I look at the effect of a catastrophic event—the 2011 meltdowns at the Fukushima Daiichi nuclear power plant, triggered by the Tōhoku earthquake and tsunami—on questions of food safety in Japan. The radiation that escaped the reactors threatened to contaminate the food supply, so consumers, producers, farmers, and government regulators had to quickly spring into action to deal with a new source of risk. The accident in Fukushima prefecture affected multiple food sources simultaneously. Concerned consumers had to navigate the possibility that vegetables, fruits, dairy, meat, and drinking water could be contaminated by radioactive material released from the plant.

In the wake of the Fukushima nuclear disaster, private standards took on added importance for concerned consumers.

A feeling of safety can be destabilized by changes in the social environment and routines that stand behind it. Food safety, I suggest, refers not only to the measurable aspects of how risk is managed, but also to the feelings of trust in the products and the systems of verification that stand behind them. In Japanese, the words anzen (safety) and anshin (peace of mind) are often used in conjunction to describe food safety. These two words emphasize the connection that exists between the measurable aspects of food safety and the feelings of trust it must also engender. The aftermath of the Fukushima nuclear accident presented new challenges to that relationship: how to measure risk in radiation, and how to generate a climate of trustworthiness so that consumers would feel reassured about their food purchases.

The properties of radiation made risk assessment a difficult task. As I heard numerous times in Japan, one of the biggest challenges is that radiation has no smell, color, texture, or other outward characteristics that can be ascertained through the human senses. Rather, one needs specialized detectors to reveal if a product has been contaminated. The detectors are expensive, so the average consumer needs to rely on screening mechanisms earlier in the commodity chain to learn about the safety of the products.

Furthermore, long-term, low-level radiation exposure of the type that the general public encountered in Japan does not usually cause immediate health complications. Rather, these might take years or decades to surface, and it would be difficult to causally link them to earlier exposure. As a result, concerned consumers faced an invisible risk with diffuse health consequences that could take years to reveal themselves. They depended on the availability of testing data to help them understand the long-term implications of their food purchases.

In addition to the challenges presented by the properties of radiation, the accident cast doubt on the ability of the government to protect the population from contamination. Surveys conducted after the accident showed that trust in the government dropped and many in the general public did not feel reassured by the official response. At the beginning of the crisis, a few products such as spinach and beef that exceeded regulation values escaped detection and reached consumers, contributing to the feeling of mistrust.

More broadly, the Japanese government had promoted the adoption of nuclear power in Japan, a country that experiences frequent earthquakes. Utility operators and the government reassured the public that the reactors were absolutely safe despite the seismic conditions. After the accident, they were in the position of having to reassure the public that the situation was under control and that it would be safe in the aftermath as well. Given that the earlier promise about the safety of the reactors did not hold, it became difficult for concerned citizens to accept further assurances of safety from the government.

How could it be that food with up to 500 Bq/kg was currently considered safe, but the same products would be banned in three months if they exceeded 100 Bq/kg?

For example, during my time in Japan I met citizens who did not trust the official radiation safety standards. Six days after the earthquake, the Japanese government adopted emergency standards for general food products at 500 becquerels per kilogram (Bq/kg) for cesium (the main pollutant of concern, though not the only one to escape the reactors). These were revised to 100 Bq/kg in April 2012. The new standards were announced months in advance, so for a few months it was possible to purchase food regulated by the emergency standards knowing that soon the standards would become stricter.

The citizens I met found this troubling: how could it be that food with up to 500 Bq/kg was currently considered safe, but the same products would be banned in three months if they exceeded 100 Bq/kg? From the government’s perspective, the emergency standards were a safe level to begin with and the change represented a shift from safe to safer, but consumers did not necessarily see it that way. From their perspective, the fact that food rated at up to 500 Bq/kg would be allowed to circulate for several additional months illustrated carelessness on the part of the government toward their health.

In response to low consumer confidence in official data, some businesses and consumer cooperatives took their own steps to reassure consumers and purchased radiation detectors to monitor their products. At these stores, radiation data were usually readily available and they adopted safety standards stricter than what the government required. One store I visited in Tokyo adopted a limit of 40 Bq/kg, following the safety standards of Ukraine, site of the Chernobyl nuclear power plant accident in 1986. There, 40-70 Bq/kg is the limit for vegetables, fruit, and root crops, far below the 500 Bq/kg emergency limit initially set by Japan.

When consumers entered the store, a large banner describing the strict standards greeted them. At one corner they could observe a radiation detector with a monitor next to it displaying a slideshow of test results. The shop hoped that the open display of radiation data and its strict standards would allow consumers to feel anshin (peace of mind) about purchasing vegetables from Fukushima prefecture.

The Fukushima nuclear accident was a catastrophic event that prompted concerned consumers in Japan to reconsider how to assess the safety of the foods available to them. Some viewed the government as untrustworthy, and private actors took steps to fill that void and provide food that their customers would find safe. Overall, their approach was to make testing data available and be open about their testing procedures. It was these steps toward openness and transparency that contributed to the restoration of a sense of safety and trust in food after the nuclear accident.

Nicolas Sternsdorff-Cisterna is an assistant professor of anthropology at the Dedman College of Humanities & Sciences, Southern Methodist University, U.S.A.