Flawed Assumptions: Why the ASEAN Outlook on the Indo-Pacific is Defective

The decision of the Association of Southeast Asian Nations to adopt the ASEAN Outlook on the Indo-Pacific has been hailed as a reassertion of ASEAN centrality amidst a changing geo-political power shift in the Indo-Pacific. But while member states present it as a rational alternative to the vision of the great powers, as Evan Laksmana of the Centre for Strategic and International Studies (CSIS) in Jakarta argues, this effort may do little to strengthen the organization’s ability to achieve beneficial outcomes and stabilize the current strategic flux in the region. 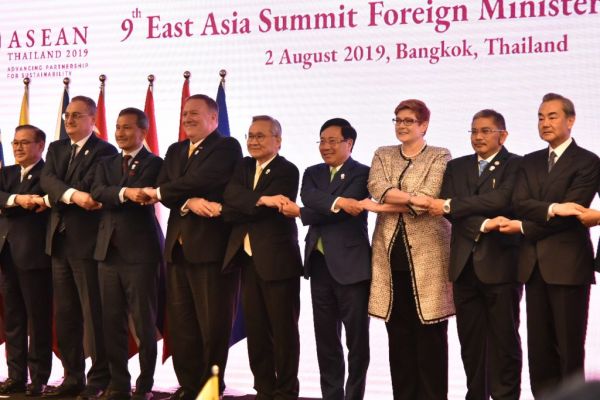 The June 23 decision by members of the Association of Southeast Asian Nations (ASEAN) to adopt the ASEAN Outlook on the Indo-Pacific (AOIP) represents a call to strengthen existing ASEAN-led mechanisms – from the East Asia Summit (EAS) to the ASEAN Defense Ministers Meeting Plus (ADMM+) – as “platforms for dialogue and implementation of the Indo-Pacific cooperation”. It also seeks to boost pre-existing ASEAN programs, primarily under political security, economic, and socio-cultural community building, as well as other areas of cooperation, including maritime safety and security, regional connectivity, and achieving the UN Sustainable Development Goals (SDGs).

Indonesia has been driving the AOIP since tabling the initial draft early last year. The motivating concern was the return of great power politics that is dividing the Indo-Pacific into competing strategic camps, diluting ASEAN’s centrality (its role as the fulcrum in the geopolitical and security order in the Asia Pacific region, to use the traditional nomenclature) and undermining the strategic autonomy of regional states.

Regional analysts have warmly embraced the AOIP. Some believe the document was ASEAN’s “act of diplomatic and political assertion” and a “stand against great power rivalry”. It does, after all, present a more inclusive alternate regional order than what great powers are offering but does not seek to replace them. It eschews the promotion of some universal values and focuses instead on common interests without making judgments on domestic politics.

But many questions remain. Can the AOIP produce regional outcomes and stabilize the current strategic flux in the Indo-Pacific? Could the AOIP change Beijing’s and Washington’s strategic calculus and behavior? To what extent can the AOIP manage the proliferation of bilateral and regional conflict flashpoints, from maritime incidents to humanitarian disasters? Will the AOIP restore the strategic trust that ASEAN members and partners had placed on the organization’s slow-moving mechanisms and institutions?

The AOIP will be unlikely to provide a positive response to these questions because it is based on three flawed assumptions. First, it assumes that the same ASEAN-led institutions – from the ASEAN Regional Forum (ARF) to the EAS – that have underpinned the organization's centrality in the broader management of regional affairs during the 1990s and 2000s remain sufficient today.

As the AOIP suggests, Indonesia and the rest of ASEAN seem to agree that existing ASEAN-led mechanisms were sufficient to address the strategic flux in the Indo-Pacific. But today’s flux is not the “regional uncertainties” of two decades ago. Back then, the post-Cold War and post-Asian financial crisis periods provided brief strategic spaces for norms-building and confidence-building processes that ASEAN was poised to lead. China’s peaceful rise was still a possibility as American unipolarity underwrote Beijing’s enmeshment into the global system.

Today, China’s rise is no longer a question. It is a now a military and economic powerhouse that could ignore its neighbors’ concerns or cherry-pick which international rules it wishes to follow. Under Xi Jinping, China will sustain its hegemonic behavior as its Belt and Road Initiative (BRI) seeks to provide an alternative regional order.

Meanwhile, many within the region have questioned American strategic credibility and reliability since 9/11 and the ensuing wars. The volatility of the Trump administration, not to mention its destructive trade war and shallow transactional attitude, has worsened the doubt over Washington’s staying power in the region. Other regional powers such as India, Japan and Australia are struggling to stabilize the recent strategic flux, let alone fill a possible vacuum down the line.

Regional flashpoints – Kashmir, Myanmar, the Taiwan Strait, the Korean Peninsula and the South and East China Seas, among others — have been more pronounced and dangerous. With rising domestic populism and economic protectionism, level-headed geopolitical calculations, including the patience to see the strategic value of multilateralism, are scarcely in evidence among leaders in the region.

If ASEAN wants to regain its centrality, relying on existing mechanisms may be necessary but is certainly not sufficient. The institutional tools that characterized ASEAN centrality more than two decades ago are inadequate for today’s strategic challenges in the Indo-Pacific.

Second, AOIP assumes that restating pre-existing ASEAN-led agreements would generate a momentum on their own. The document is more aspirational than a policy proposal, and hope is not a strategy. The AOIP better expresses ASEAN’s anxieties and dreams than presenting solutions: it only dedicates three sentences in its five pages for its proposed “mechanisms”. This is unfortunate because the AOIP also hints at elements that might actually generate momentum given the right proposals.

For example, boosting regional connectivity by connecting other regional institutions such as the Indian Ocean Rim Association (IORA) with ASEAN-led mechanisms might provide new strategic multipliers for ASEAN. Further institutionalizing the EAS, rather than just ASEAN-led mechanisms in general, would also provide a more targeted focus and a more efficient use of resources.

ASEAN could also pick up former Indonesian Foreign Minister Marty Natalegawa’s idea of an “Indo-Pacific Treaty” as a goal. The EAS could be renamed the “Indo-Pacific Summit”, with a permanent secretariat to give it institutional backing and weight. Since 2014, the Council for the Security Cooperation in the Asia-Pacific (CSCAP), a track-two network of regional think-tanks, has proposed specific recommendations to institutionalize the EAS.

In short, there are plenty of ideas on strengthening the EAS as the premier Indo-Pacific summit that the AOIP omits. It is difficult to see how calling for the strengthening of existing institutions could generate strategic momentum when one merely reinvents the wheel.

Who leads and how?

Finally, the AOIP assumes that the act of drafting, discussing, and agreeing to the document is equivalent to regional leadership and proves that ASEAN remains central in managing regional affairs.

The AOIP itself contains no actionable policy proposals with measurable impact, which is perhaps how ASEAN could agree to it in the first place. So, to paraphrase German international relations scholar Thomas Risse-Kappen, concepts as themselves do not float freely and solve problems. If ASEAN seeks to regain its Indo-Pacific centrality, then its key members (primarily but not exclusively Indonesia) must be willing to spend diplomatic, political, economic, and military resources to formulate an accompanying actionable proposal to the AOIP. 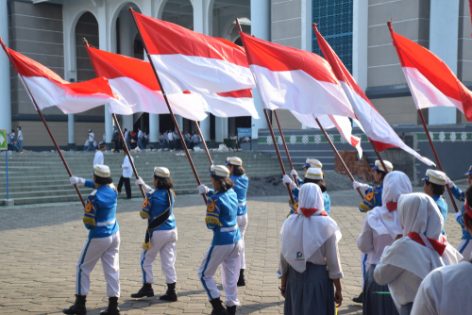 Can Jakarta take the lead in giving substance to the ASEAN approach to the Indo-Pacific? (Credit: Indonesiapix / Shutterstock.com)

In other words, ASEAN should not stop at the AOIP. Jakarta should demonstrate its leadership by developing a new policy framework to implement the AOIP. If Jakarta stops at AOIP’s long list of aspirations and normative principles sans concrete proposals, it might be perceived as buck-passing: presenting the appearance of leadership without affecting any strategic outcome or investing heavily in the effort to earn or project it.

ASEAN cannot regain its centrality when its own members resort to non-ASEAN ways – from bilateral and mini-lateral partnerships to international tribunals – to address their strategic concerns. Indonesia should restore ASEAN’s strategic value through consistent and public leadership on difficult challenges, not debating “lowest common denominator” documents.

Any assessment of the AOIP should consider the document’s flawed assumptions. While the AOIP asserts an ASEAN voice in Indo-Pacific affairs, it might be an insignificant one that merely restates existing processes increasingly incompatible with the strategic challenges. In this regard, Indonesia has the responsibility to lead in the effort to prevent this.

Laksamana, Evan A. (November 27, 2018) “Buck-passing from behind: Indonesia’s foreign policy and the Indo-Pacific”, The Brookings Institution.

Evan A. Laksmana is a senior researcher at the Centre for Strategic and International Studies (CSIS) in Jakarta, Indonesia. He is also a visiting fellow at the National Bureau of Asian Research in Seattle and was a Fulbright Scholar at Syracuse University's Maxwell School of Citizenship and Public Affairs, where he is a PhD candidate. He has held research and visiting positions at the Sydney Southeast Asia Centre of the University of Sydney, the Lowy Institute for International Policy, the German Marshall Fund of the United States, and the S. Rajaratnam School of International Studies (RSIS) at Nanyang Technological University (NTU) in Singapore. @EvanLaksmana