Mired in demographic crises, East Asia is looking to new reproductive technologies as a solution. But its restrictive, reluctant embrace of these technologies runs counter to evolving social attitudes. 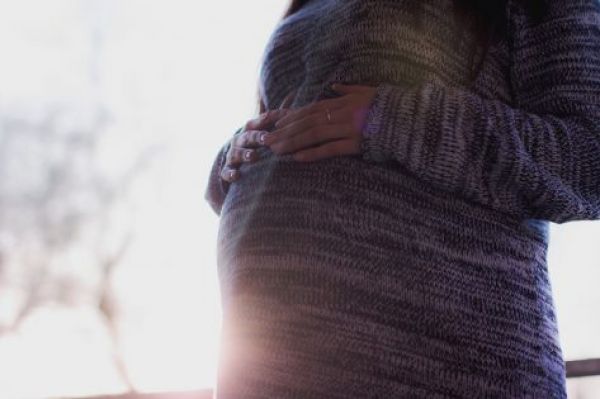 Earlier this year, Mitsutoki Shigeta, a 28-year-old unmarried, wealthy Japanese man, gained custody of his 13 surrogate children in Thailand, having gained custody of three other surrogate-born babies in 2015. Shigeta’s case shows the shifting norms in how we interpret parenthood and reproduction.

Access to new reproductive technologies is dependent upon current socio-cultural and political forces, diverse belief systems, and ideas of normative sexualities. In East Asia, government regulations currently restrict the use of such technologies to heterosexual, married couples, for the purpose of creating nuclear families. But as the Shigeta case shows, these so-called normative structures are more along the lines of wishful thinking. History demonstrates the constantly shifting values and priorities in these “moral landscapes,” and today we face new challenges in how we regard and use reproductive technologies in the face of market forces and “reproductive tourism.”

Inventive Solutions to Childlessness in Japan

The Shigeta case is but the latest incarnation of the unexpected methods employed by those dealing with childlessness in Japan. Renting families, another method, has attracted international attention.

Historically, adopting a child was the most common solution to maintaining the patrilineal family line when there was no biological child to fulfill that role. Japan still has the world’s second-highest adoption rate, but the majority of these are adoptions of adult males who either marry into the family or work for a family business.

Today, the advancement of reproductive technologies means that there is a variety of fertility treatments to help those who want to conceive biological offspring. But Japan does not currently allow unmarried individuals to access some of them. And while surrogacy is not illegal, the Japan Society for Obstetrics and Gynecology prohibits its members from conducting it, for the government has yet to enact a comprehensive legal framework concerning these new technologies.

The boundaries set by Japanese law reflect the tension between legal structures and emerging medical opportunities.

For example, the Japanese Supreme Court ruled in 2007 that a set of twins born to an American surrogate should not be registered as the Japanese children of their Japanese parents. While the Tokyo High Court had recognized the US court ruling that these children were linked to their parents by blood, Japanese family law views the woman who gives physical birth as the mother. In order for the children to receive Japanese citizenship and enter the family registry, the couple later had to undertake special adoption.

The boundaries set by Japanese law reflect the tension between legal structures and emerging medical opportunities. These new reproductive technologies can redefine familial relationships, and lawmakers are unwilling to change anything to accommodate them. So Shigeta traveled to a country permitting commercial surrogacy where money could make babies, which led to Interpol questioning him in 2014 on suspicion of human trafficking. After several prominent cases including that of Shigeta, Thailand no longer allows foreigners to engage in surrogacy on its soil.

The Politics of Assisted Conception in Taiwan

According to the latest survey by the International Federation of Fertility Studies, only 14 out of 62 countries and regions restrict fertility treatment to married couples. This is most common in Asia, with marital restrictions placed in China, Hong Kong, Japan, South Korea, Taiwan, the Philippines, and Singapore, as well as in the Middle East.

As Professor Chia-ling Wu of National Taiwan University showed in her chapter in Leung and Nakayama's Gender, Health, and History in Modern East Asia, in Taiwan, single women and men, regardless of sexuality, are considered “less legitimate users” than those married to the opposite sex, and thereby denied the right to access fertility technologies. Since the introduction of assisted reproductive technologies (ART), great efforts have been made by the establishment to preserve the structure of the traditional nuclear family. In particular, doctors have used various strategies to make sure that donor insemination would not affect the rights of fathers, such as keeping donors anonymous and finding donors with similar features as fathers.

Only 14 out of 62 countries and regions restrict fertility treatment to married couples—this is most common in Asia.

In 1986, official ethical guidelines governing the use of fertility technologies in Taiwan confirmed the exclusion of unmarried couples. This, in effect, reinforced the normative ideal of a family, with a mother and father, and its gendered division of reproduction, labor, and parenthood.

Despite regulatory restrictions, "moral pioneers," often celebrities, have defended the idea of a voluntarily single parent. They are sometimes aided by doctors, who have transformed from gatekeepers to frontrunners in advancing access to reproductive technologies. Lesbian activists like the Lesbian Mothers' Alliance also organize self-insemination services, using the so-called "turkey-baster method."

However, some advocacy groups, like the Taiwan Society for Reproductive Medicine, still use arguments that cater to the normative ideal to argue for ART access for single women. Pointing to strong, ambitious career women who financially support their parents and are “too busy to have an opportunity to find the right man,” one doctor asked, “Should we deprive them of their reproductive rights?”

Nevertheless, the moral landscape is shifting in Taiwan. The final report of a 2012 Ministry of Health-sponsored conference on surrogacy for married couples included the statement, "Marriage is not the only basis for establishing a family." Furthermore, Taiwan may become the first East Asian country to legalize same-sex marriage, thereby giving same-sex couples a path towards accessing ART, or queer reproductive rights.

In 2005, South Korea had a total fertility rate of 1.08, the lowest in the world. In response to this, the government launched a series of plans to address the perceived demographic crisis. It was by no means the first time the country had attempted to impose biological and behavioral norms; its changing priorities illustrate historical shifts in ideas about normative behaviors and families, as explored in Dr. Jung-ok Ha's chapter in Gender, Health, and History in Modern East Asia.

During the Korean War, birth control technologies were banned as the Rhee Syng-man government pushed for pro-natalist policies, arguing for an increased population as a way to unite the two Koreas. Then, in the 1990s, the state attempted to assert population control measures despite the falling fertility rate. The rationale was that it was “responding to sexual problems between unmarried people, as well as high levels of going off birth control, abortion, and continued gender imbalance.” The ultimate goal of these measures was to control sexuality.

Reproductive technologies such as IVF are now employed as a tool to address the demographic crisis, and not out of concern for the infertile couples who are allowed to access it. As is the case in Taiwan, these reproductive technologies are restricted to married couples, despite drastically changed attitudes towards marriage and children in South Korean society.

New technologies, especially those concerning reproduction, have always caused political tremors. For instance, the introduction of birth control technologies raised fears of social and political disorder. Opponents including the Japanese government believed their use would lead to women’s “promiscuity” and the eventual deterioration of the nuclear family.

The new reproductive technologies, with their potential to facilitate the conception of life, provide opportunities for new types of families, with new ideas of parenthood. They also present new moral and political dilemmas, as processes such as human genetic modification are made possible, requiring new ethical perspectives and considerations for the future.

With its emphasis on issues such as informed consent and personal autonomy, traditional bioethics served the purpose of setting standards and guidelines for medical practitioners “to do no harm.” Yet, the growing moral, social, and political challenges posed by new biotechnologies will now require “the new biopolitics”—a perspective taking race, gender, class, sexuality, disability, among others, into account.

Izumi Nakayama is an honorary assistant professor and a research officer in the Hong Kong Institute for the Humanities and Social Sciences at The University of Hong Kong. Her research interests focus on body, gender, and technology in modern and contemporary Japan and East Asia. For more details, visit http://www.hkihss.hku.hk/en/people/izumi-nakayama/.