Although the Chinese economy is now plainly much more integrated with the outside world, it is overseen by a powerful state, and the Chinese Communist Party retains control. Mark Beeson of the University of Western Australia observes that China’s model of governance is both powered and restricted by its apparent immunity to the attractions of democracy. The fact that this model has also been at the heart of China’s outward economic expansion is a source of growing anxiety to friend and foe alike. 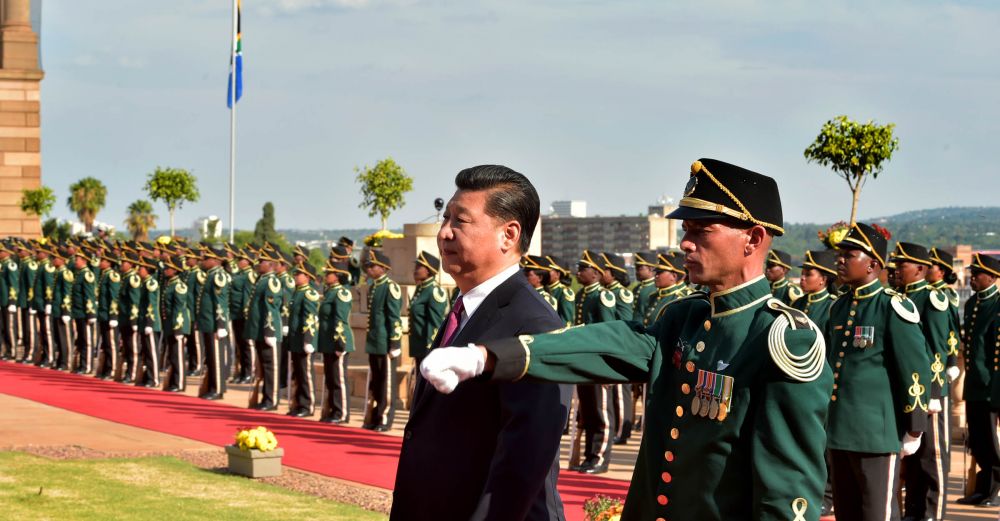 Despite some breathless commentary in the West about the possible impact of a so-called “China Model”, China’s leaders have only just begun to suggest that a China model might even exist, and that it might have important heuristic value for would-be developing countries. Indeed, as Elizabeth Economy, Director of Asia Studies at the Council on Foreign Relations in New York, points out, China “is exporting its political values – in some cases to buttress other authoritarian-leaning leaders, and in others, to undermine international law and threaten other states’ sovereignty. China’s governance model is front and center in its foreign policy.” This is an indication of the growing confidence of China’s political and economic elites, and for some observers is a harbinger of a broader rise of authoritarian and illiberal rule. The possible simultaneous emergence of a number of authoritarian great powers presents a major challenge to both the material and ideational dominance of the United States and its liberal-democratic allies.

Much scholarly debate revolves around the existence of the China model, its component parts and its possible impact at home and abroad. Sometimes subsumed under the rubric of the “Beijing consensus”, Chinese ideas about development are, according to the journalist and scholar Joshua Cooper Ramo, “defined by a ruthless willingness to innovate and experiment, by a lively defense of national borders and interests, and by the increasingly thoughtful accumulation of tools of asymmetric power projection.” This model appeals to other states keen to replicate China’s astounding developmental achievements. Moreover, the Beijing consensus – unlike the better-known Washington variety – does not come with intrusive, sovereignty-threatening demands about “good governance”, transparency, and democratic reform.

Can the Chinese experience be replicated?

Visionary leadership from Deng Xiaoping and potentially significant economies of scale gave China internal drive and made it attractive to foreign investors. Being part of the most dynamic economic region in the world was also fortunate, as was the willingness of the reigning hegemon to encourage China’s integration into the global capitalist economy. Accession to the World Trade Organization (WTO) may have been the single biggest factor turbocharging its domestic growth and eliminating any lingering opposition to going down the capitalist road. Yet China’s version of capitalism was, and still is, very different from the one the US tried to export around the world at the height of its powers. Significantly, the Washington consensus had limited impact and appeal in East Asia where a highly successful tradition of state-led development prevailed, which China enthusiastically adopted.

Japan’s developmental model also appealed to the leaders of the Chinese Communist Party (CCP). Although the Chinese economy is now plainly much more integrated with the outside world, this integration has been overseen closely by a powerful state, and the CCP retains control of industries deemed vital to national security. An Asian form of “comprehensive security” has been a widely recognized part of regional strategic thinking. Chinese leaders also subscribe to a view of security that includes the economy, not least because it is dedicated primarily to preserving political stability and the primacy of the CCP. Political scientist Ian Bremmer notes that, in China’s state-dominated version of capitalism, “the ultimate motive is not economic (maximizing growth) but political (maximizing the state’s power and the leadership’s chances of survival). This is a form of capitalism, but one in which the state acts as the dominant economic player and uses markets primarily for political gain.”

Despite talk about globalization and the supposedly irresistible impact of economic liberalization and market forces, China’s state-owned enterprises remain tightly controlled by the CCP. So does China’s domestic financial sector. Although China has well-documented debt problems, and the extent of the central government’s control over the activities of provincial governments and private-sector actors should not be overstated, China is hardly the sort of liberal, Anglo-American version of capitalism that many expected would sweep the world, possibly trailing democratic reform in its wake. China’s apparent immunity to the attractions of democracy should not be entirely surprising, given the remarkable record of economic achievement under a one-party state. Significantly, this model has also been at the heart of China’s outward economic expansion, a reality that has caused growing anxiety to friend and foe alike.

The Belt and Road Initiative (BRI) is in some ways rather like the Marshall Plan that did so much to reunify Europe and spark the “golden age” of capitalist renewal. The BRI is an expression of “Chinese values” and Xi Jinping’s vision of China’s place in a rapidly evolving world order. Given the remarkable concentration of power and authority that has occurred on Xi’s watch, the BRI is also a statement of the way elite policymakers in the CCP view the world. The BRI is set apart by not only unparalleled ambition – it would eclipse its American predecessor if successfully realized – but also economic and political practices very different from those of the West and the US. The China model, in short, is different at home and different exported, a reality that is making many observers in the West nervous and fueling the current trade war.

The BRI is the most spectacular example of China’s “going out” policy. Like Japan in the 1980s, China is ensuring that the efforts of domestic corporations are “bolstered by supportive policy even while overseas investment is not necessarily centrally coordinated,” Economy and  co-author Michael Levi wrote in their 2014 book By All Means Necessary: How China’s Resource Quest is Changing the World. China’s policymakers carefully and cautiously managed the country’s initial integration with the global economy through special economic zones, and are employing similar tactics externally as part of an integrated strategy of domestic restructuring. In this context, “Beijing’s use of economic statecraft reflects the internationalization of the developmental state”, China scholars Deborah Bräutigam and Tang Xiaoyang wrote in a 2012 International Affairs article. The ability of Chinese policymakers to learn quickly from experience through experimentation and adaptation is a striking feature of its initial domestic economic expansion. Such lessons help, as China becomes a major source of foreign investment. 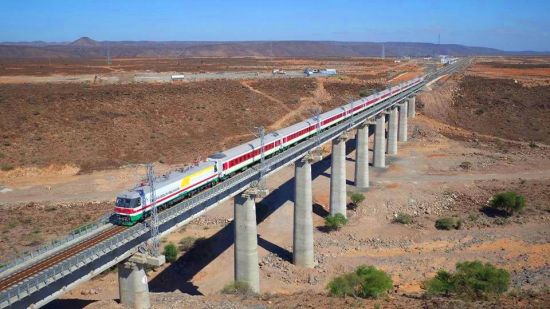 The China model on the rails: The Addis Ababa-to-Djibouti line, which Chinese state-owned enterprises constructed and operate (Credit: killa1st​)

Yet, China’s BRI raises questions about the ability to deliver on such a grandiose project. The desire to recreate the old Silk Road across Asia, as well as build a new Maritime Silk Road in South and Southeast Asia, is both geopolitical and geo-economic – echoing the Marshall Plan. For China, though, part of the agenda seems to be a wish to restore its former dominant position in a significantly expanded concept of the region, in which, as Gavekal Research analyst Tom Miller wrote last year, “the goal of China’s economic diplomacy is to create a modern tribute system, with all roads literally leading to Beijing.”

Whether such a system will generate the same sort of cultural and normative influence that the older version did for centuries among China’s immediate neighbors is yet to be seen. Some countries evidently are happy to go along with aspects of China’s vision and use of “geocultural power” as they try to attract much needed investment. But signs of resistance are emerging as some countries fret about the dangers of debt diplomacy and becoming too beholden to China. Malaysia, for example, has pushed back against Chinese influence, possible corruption and the exorbitant costs of infrastructure. Other Southeast Asian states, especially Cambodia, have less capacity or political will to extricate themselves from China’s embrace, with awkward consequences for ASEAN unity. The key questions are: Is China’s increasing geo-economic and diplomatic impact sustainable? Does it actually want to replace the US’s traditional leadership at either the regional or global level?

The complications from Covid-19

It is impossible to know the long-term impact of the Covid-19 pandemic. But the responses of different national leaders to the crisis have been revealing. In China, after an initial attempt to conceal the gravity of the problem, the authoritarian regime moved swiftly to impose social controls that appear to have been effective, albeit of the kind that populations in the West find difficult to accept. In the US, the Trump administration’s rather chaotic response, compounded by an inequitable and highly inefficient health system, made an unflattering contrast. Even those with little sympathy for China’s often heavy-handed approach to social control recognized that in some circumstances this could be brutally effective.

The lack of US leadership, highlighted during a global crisis, is leaving the door open for China to demonstrate its ability to be a global power and, in turn, export its governance model. Though Beijing has attempted to capitalize on this opportunity, a series of missteps have cast a darker shadow over it. Suspicions about China’s "mask diplomacy” and concerns about quality of the medical equipment it exported to other countries, allegations of coverups and a lack of transparency during the initial Covid-19 outbreak, and its ongoing assertiveness in the South China Sea and Hong Kong have created growing uneasiness in the international community. To the extent that a Chinese governance model exists, Beijing’s actions during the Covid-19 crisis show that it is fraught with trust deficits, a misunderstanding of public opinion internationally, and a willingness to antagonize regional actors with sensitive territorial claims during vulnerable periods. Post-pandemic, the China model may demonstrate to other countries that not only is it impractical but that it also serves recklessly to sow divisions among would-be supporters.

This article was adapted from the author’s AsiaGlobal Paper, “’The Decline of the West’: What is it, and Why Might it Matter?”, which was published in April 2020 and may be viewed and downloaded here. 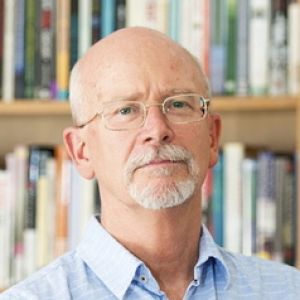 Mark Beeson is professor of international politics at the University of Western Australia. He is the founding editor of the Critical Studies of the Asia-Pacific series published by Palgrave Macmillan.